Discouraging as the here and now might be on the health front, better days await.

So assures Keith G. Hunt, who since late 2020 has been deputy counsel and legal director at Canada’s largest commercial genetics laboratory and provider of specialty lab testing services. When contacted in January by Vanguard at his home in Collingwood, Ontario, he was bubbling with enthusiasm though “up to my eyeballs” while overseeing the legal and business ends of a digital transformation. 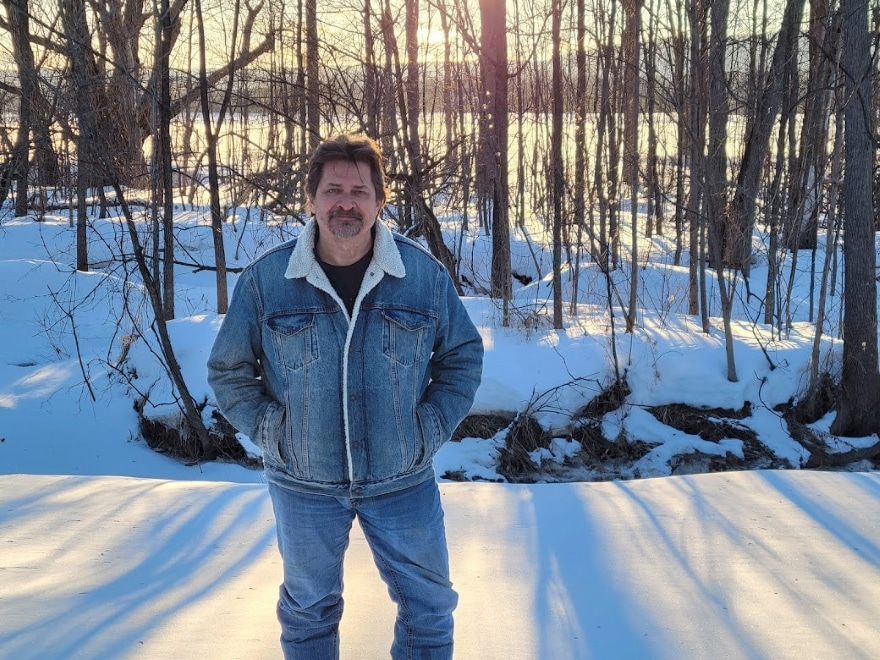 “Despite the terrible costs to life and economies, how wonderful the world will be because of the experience we’ve been through,” says Hunt, who like most of his colleagues has been working away from Toronto headquarters. “COVID-19 has given healthcare a once-in-a-lifetime opportunity to re-evaluate how well it connects to its patients. The future is brilliant and only limited by our imagination and I get to be front row.”

The source of his optimism is a new LIS, or laboratory informational management system that, by 2023, will replace a 20-year-old platform. Health care needs to better communicate with health care, Hunt explains, and the universal language is technology. Only that technology must also secure sensitive information shared with mostly government-run hospitals and universities.

While the infotech team does the wiring, Hunt and a team of LifeLabs technical experts immerse in contracting and negotiating with vendors and compliance with cybersecurity rules and regulations. As a lead negotiator—and the only negotiator who’s also a lawyer—Hunt has been giving this project almost undivided attention the final quarter of 2021. COVID-19, he says, shows how important that LIS will be for any future pandemic.

“This is the heartbeat of the company,” he goes on to say. “Doctors, specialists, universities, hospitals, government—all their communication will go through this software portal.” 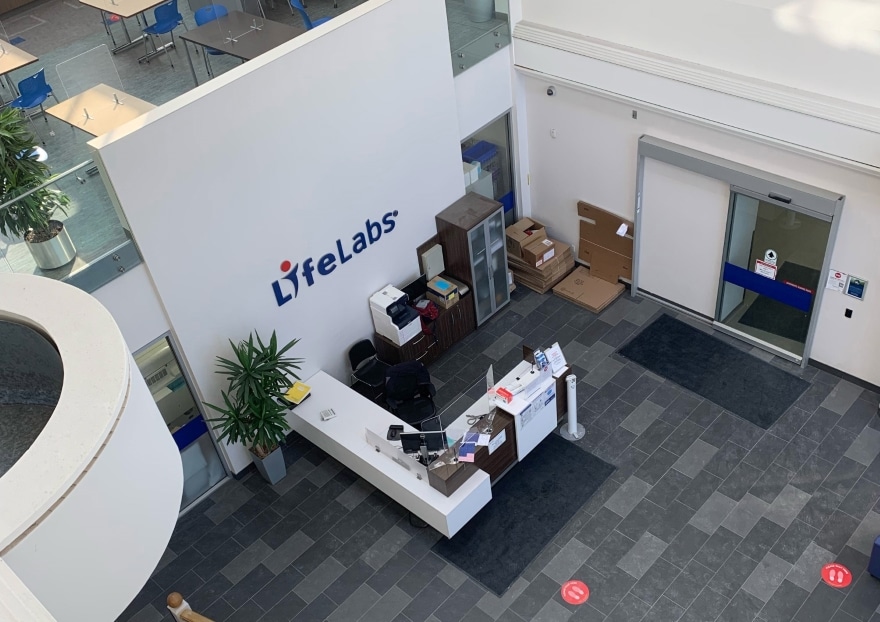 While LIS tops his agenda, he explains it’s part of a master plan that, pre-COVID-19, involved revamping company culture and condensing business practices over five years. With the pandemic, that timeframe shortened to five months and, for some aspects, five weeks. Hunt says LifeLabs has gone the extra mile helping a very vulnerable demographic, the elderly, grasp online communications while ensuring their data privacy.

“Our growth came to us because of all the needs for testing,” he says. “We reinvented the company in a time of crisis under immense pressure and concern about our workforce. We’ve managed to create something better than it was.”

Hunt also lauds the role of Blaney McMurtry, a Toronto law firm that’s done much to oversee LifeLabs’ interests for anything from litigation to intellectual properties. A Bay Street firm, Hunt compares it to a legal titan on New York’s Wall Street, only with what he says is a noticeable difference.

“Bay Street firms often charge $1,000 an hour but Blaney McMurtry has been able to provide services while working with us to watch the bottom line,” he says. “I run all our IP through them. Even if I’m not talking to the right person on an issue, that person knows the right person and puts me through.”

Having handled complex technological partnerships and other matters for LifeLabs during his five years with the Toronto firm of Axiom, Hunt made an orderly transition in-house where he’s been working with Erica Zarkovich, the soon-to-be former vice president, general counsel, chief privacy officer and corporate secretary. Her duties evolving to government relations, she’s mentoring Hunt whose duties have been expanding since his arrival. For a veteran lawyer whose roles have included counseling Labatt Breweries, a military contractor and a casino, he’s found LifeLabs to be a refreshing, even redemptive, career change.

“I’m actually helping people today instead of selling them alcohol or picking their pockets,” he says laughing. “I’ve got most of my sins cleared. It’s like nothing I’ve had in the past. When your work has meaning, it’s everything.” 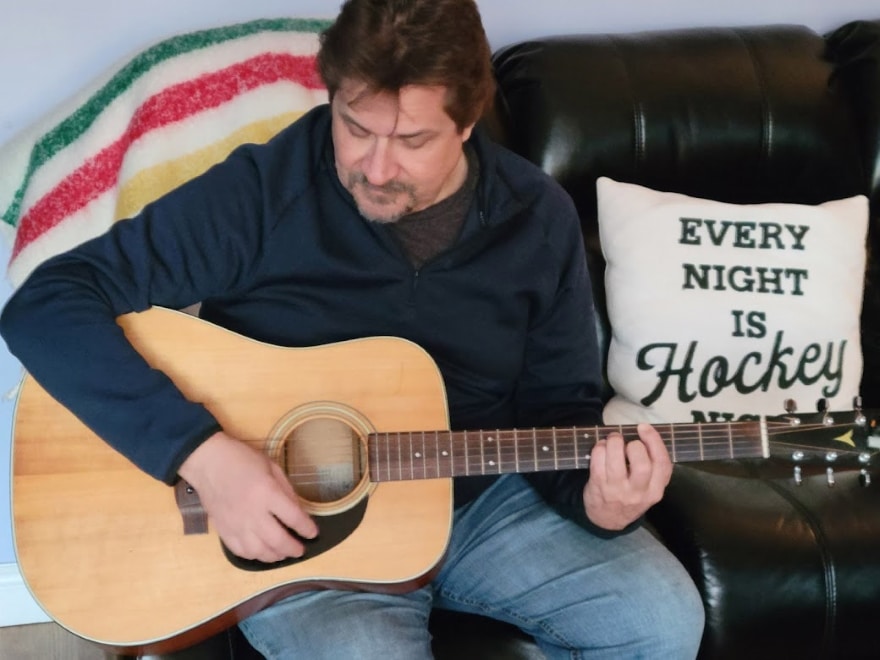 He also can empathize with the Canadians who depend on LifeLabs’ role in the nation’s socialized healthcare system, the 55-year-old Hunt having overcome some serious conditions himself. Ten years ago, he was diagnosed with cancer, but it’s been in remission. Early-stage Parkinson’s has set in, but Hunt keeps it at bay by fingerpicking tunes on an acoustic guitar. He’d advise such therapy to anyone so afflicted: motion’s the potion.

Time was when there was much more motion to Hunt’s life, the Western University law graduate, Class of 2001, globetrotting for years on behalf of corporate clientele. “I virtually got my MBA on the road,” he says. “But I’ve burned my passport. This [LifeLabs] is my focus for the next 15 years.”

There still is some traveling, Hunt leaving his Collingwood home every few weeks for LifeLabs obligations in Toronto nearly 100 miles away. With so many Canadians depending on LifeLabs, there’s always much to do.

Prior to Canadian sports teams crossing the U.S. border, they undergo COVID-19 tests administered by LifeLabs. The company’s FlyClear program offers pre-departure and on-arrival tests for anyone at Ontario, British Columbia, Saskatchewan and Yukon airports. WorkClear does the same, but for employees of companies large and small as well as for movie sets. 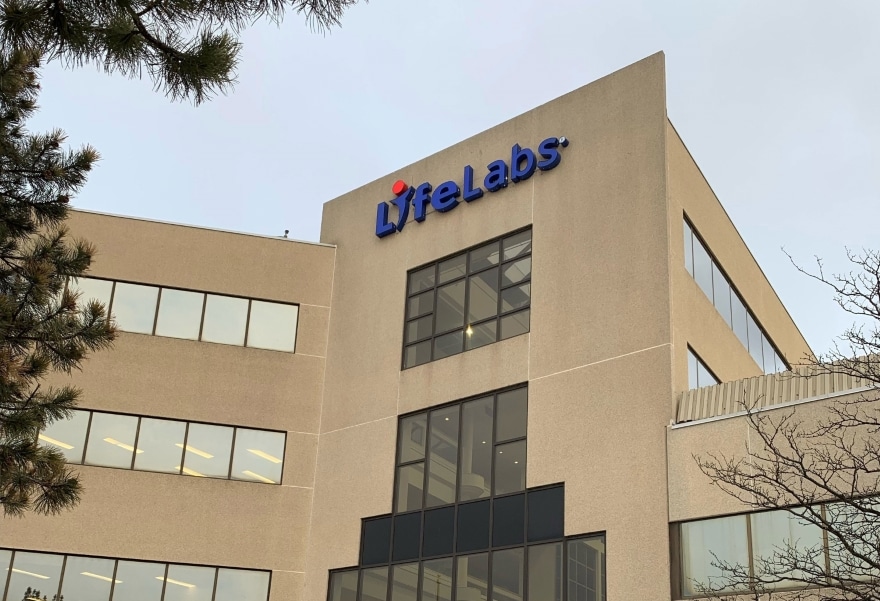 The company’s genetic testing is advanced enough to separate a mother and her identical twins and pinpoint whatever health issues they may have. The Canadian healthcare model shifting, some elective procedures that had been covered by the government are now privately billed, which also affects the LifeLabs model.

But it’s still a system that Hunt views favorably. While he’s Canadian, Hunt has spent enough time in south of the border to critically assess the U.S. system for its bureaucracy and astronomical costs of education and insurance.

“Nobody comes to LifeLabs with the dreams of getting rich,” says the married father of five grown children. “The salaries are aligned like those in government, but we are super committed to the community.” 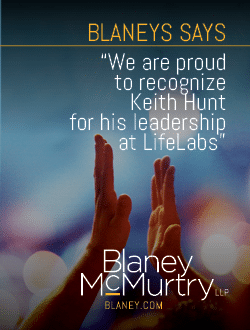 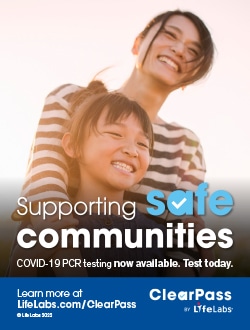