At any given time, VIAVI’s intellectual property (IP) portfolio, managed by Kevin Siebert and his team, covers upwards of 2,500 individual patents, including all the company’s inventions. It’s an amazing spectrum of products, ranging from a patent-protecting 5G telecommunications technology to color-shifting pigments used in anti-counterfeiting technologies for currencies throughout the world.

And while Siebert insists that all of the products made by VIAVI are worth protecting, some involve higher stakes than others. Take the company’s low-angle shift filters that facilitate 3D facial recognition; VIAVI’s innovation blocks light to optimize performance with a proprietary filter that enables facial recognition from a phone. 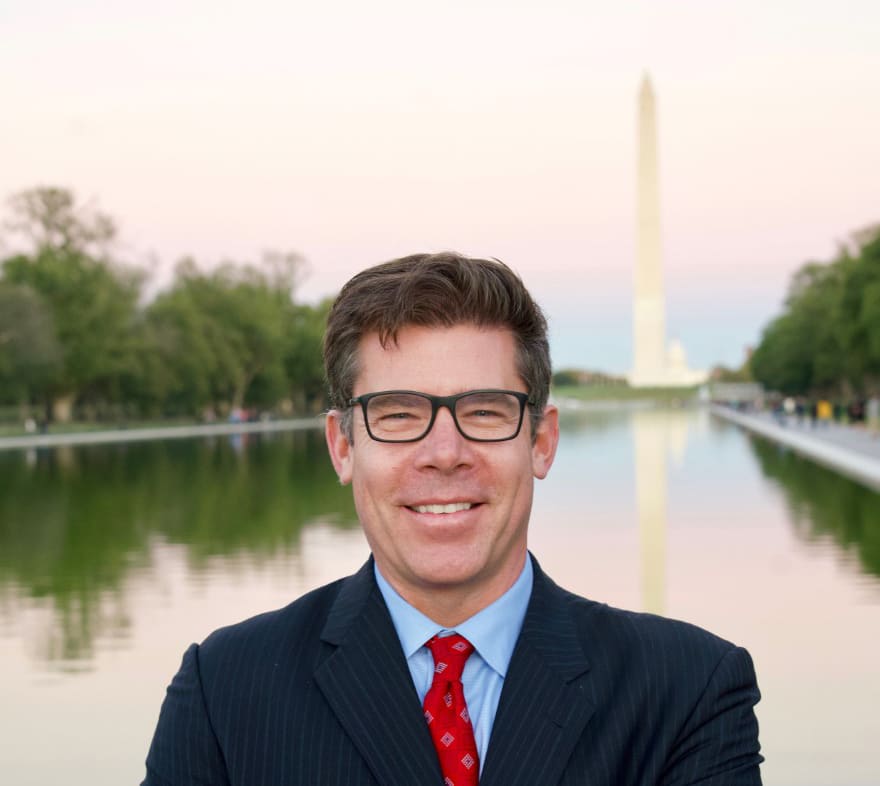 When competitors in Asia introduced similar filters to the market, Siebert—general counsel for the San Jose based communications network testing and optical technology company that specializes in anti-counterfeiting solutions, emerging 3D sensing technology, and test and measurement solutions for telecommunications customers—sprang into action and filed patent infringement cases.

After months of litigation, Siebert’s team has turned these infringement cases and legal fees into something else: a revenue stream.

Optical innovations, and then some

Siebert and his IP team capitalized on VIAVI’s vision to develop patent portfolios to protect key inventions and products with an eye toward monetizing LAS filter patents for 3D sensing technologies.

VIAVI has two businesses: its Network Service and Enablement (NSE) division that provides test and measurement products and solutions for the telecommunications industry. The second is its Optical Security and Performance (OSP) division that focuses on anti-counterfeiting, and optical filters and coating technologies. OSP has decades of anti-counterfeiting expertise in the government, health care, consumer electronics and industrial markets, using its technologies to protect the integrity of banknotes and other high-value documents by delivering optical effects that are easy for consumers to recognize, but difficult for counterfeiters to reproduce. 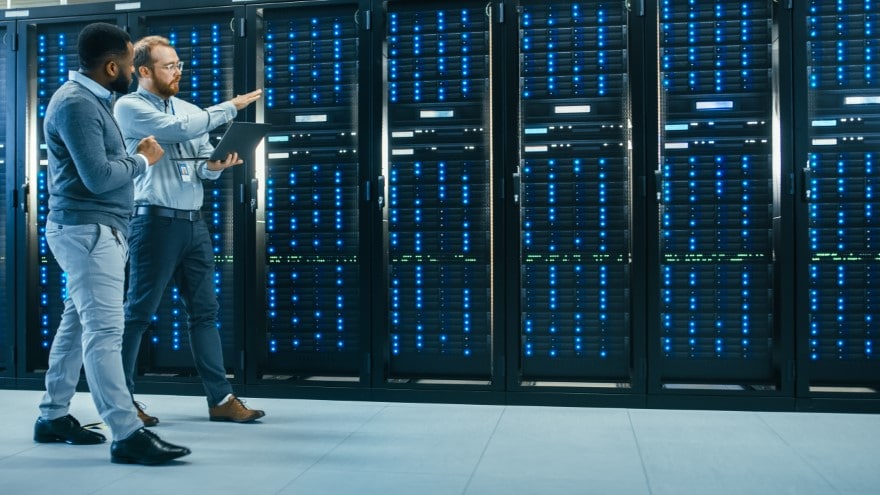 As Siebert explains, the IP lawyers on his team design patent claims in an effort to protect VIAVI’s innovations across the globe. If competitors develop products and functionality that VIAVI determines infringes on these patents, its legal department will respond by initiating infringement actions.

It’s a move that has started to shift market dynamics. The strategy to protect patent licensing models has enabled the legal department to end costly infringement litigation against potential infringers—a costly prospect for both sides—and instead allows competitors to legally leverage VIAVI’s 3D sensing technology through a license.

“It’s a winning proposition for all involved,” Siebert says.

The art of the deal

To be sure, patent licensing isn’t the only area where Siebert has transformed the department. Passionate about negotiating mergers and acquisitions (M&A,) Siebert led many successful legal efforts resulting in acquisitions and dispositions during his career.

Siebert recalls being thrown into a significant acquisition when he first joined JDS Uniphase, the company that became VIAVI more than twelve years ago. With the rapid-fire nature of quickly building relationships, learning new technologies and market dynamics, he likened the experience to “building a plane while flying it.”

By 2015 Siebert was promoted to his position while the company was spinning off its fiber optics division into a new public company, Lumentum Holdings Inc. (LITE). Prior to the spin-off, Lumentum had accounted for a significant portion of revenue as a designer and maker of products for optical communication networks. 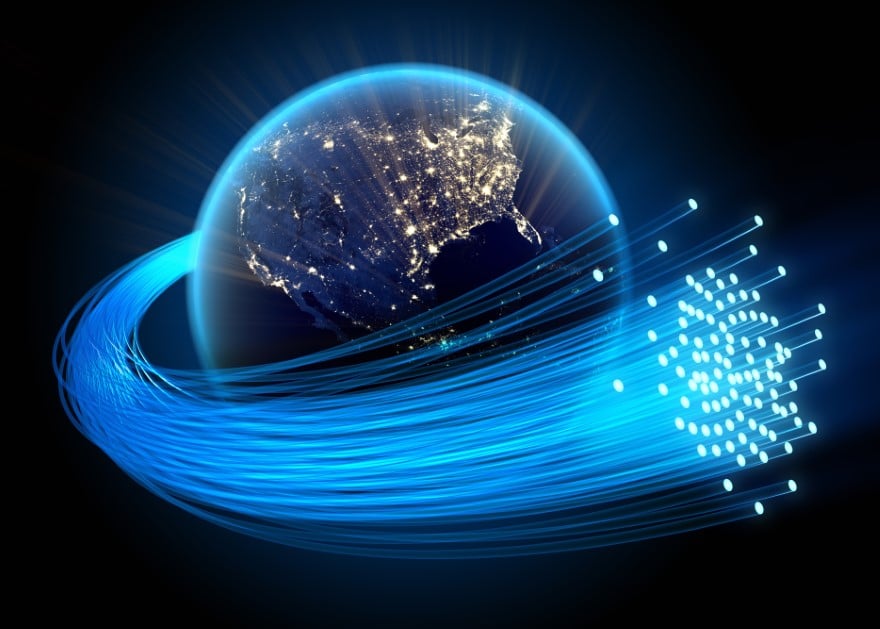 “It was a complex, multi-faceted transaction and I entered the GC role during a transformational period at the company,” Siebert says, noting it was one of the biggest projects he has been involved in since joining the company. “It spanned more than a year and touched every aspect of the business.”

Since the spin-off and rebranding to VIAVI, Siebert—a self-avowed “deal junkie”—led legal negotiations for its most recent acquisition of two businesses from Cobham, a U.K.-based aerospace company, in 2018. The acquisition enhanced VIAVI’s 5G technology footprint, while also enabling the company to enter the avionics test and radio markets and expand its international reach.

Along with building a stronger, more diversified business, Siebert added five new hires to his legal department, growing the team from 19 to 24 members. The department is spread globally including Hong Kong, Ottawa, London, Maryland and Kansas, with another two offices in California (company headquarters in San Jose and a second office in Santa Rosa).

These days, it’s all hands on deck to keep pace with legal workflow. Along with IP infringement cases and M&A, Siebert handles global trade matters, compliance, commercial contracts and serving as secretary of the board of directors.

“The size and complexity of a given acquisition dictate the division of labor between in-house and outside counsel and the overall support model,” Siebert says. “Thankfully we’ve got great internal and external resources with broad experience and first-class expertise.”

Whether they’re working on a new deal or protecting the company’s IP portfolio, Siebert makes a point to ensure his team has the proper tools for the trade: specifically, modern platforms and software.

Recently, the group adopted Apttus contract management software, turning what was once a paper-intensive, manual process into one that’s almost entirely digital and which drives efficiencies and accuracies in recordkeeping.

“Recent technology platform adoptions have transformed how we operate and support the company,” he says.

A third addition was Workiva software, which provides an automated platform for reporting and compliance solutions for accounting, finance, auditing and internal controls. VIAVI chose it to help streamline regulatory reporting and metadata functionality. It has the ability to simultaneously collaborate live updates while rolling forward data from a prior period’s filings.

“At the end of the day it’s all about creating efficiencies to boost operational performance and profitability,” he says.

After graduating from Washington University in St. Louis School of Law in 1996, he made the move to go to law school following post-graduate positions as a staffer on Capitol Hill working for a U.S. senator and subsequently teaching English in Japan.

After practicing telecommunications and M&A law, Siebert took an in-house position as a senior corporate counsel for France Telecom in Washington, D.C. He then joined VIAVI, where he’s been ever since.

To be sure, there’s plenty to keep him busy. In addition to M&A work, Siebert led the legal team’s development of cybersecurity and data privacy programs; data classification and anti-corruption policies; and many commercial transactions—but M&A just might be the most rewarding duty on his docket at the fast-paced company.

“If a deal is successful, everyone comes away from the table satisfied, not only at closing, but years into the integration,” Siebert says. “I feel fortunate to have been with the company during a very transformative growth period and to lead the legal department during the transformation. It’s what’s most rewarding and keeps me challenged and coming back year after year.” 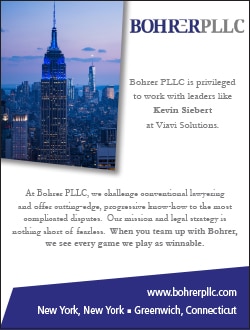 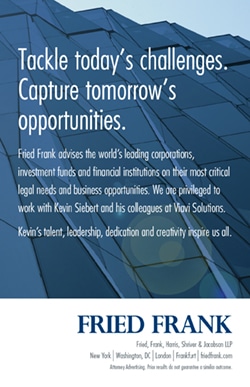 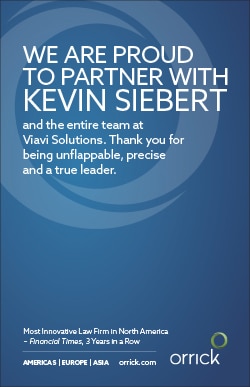