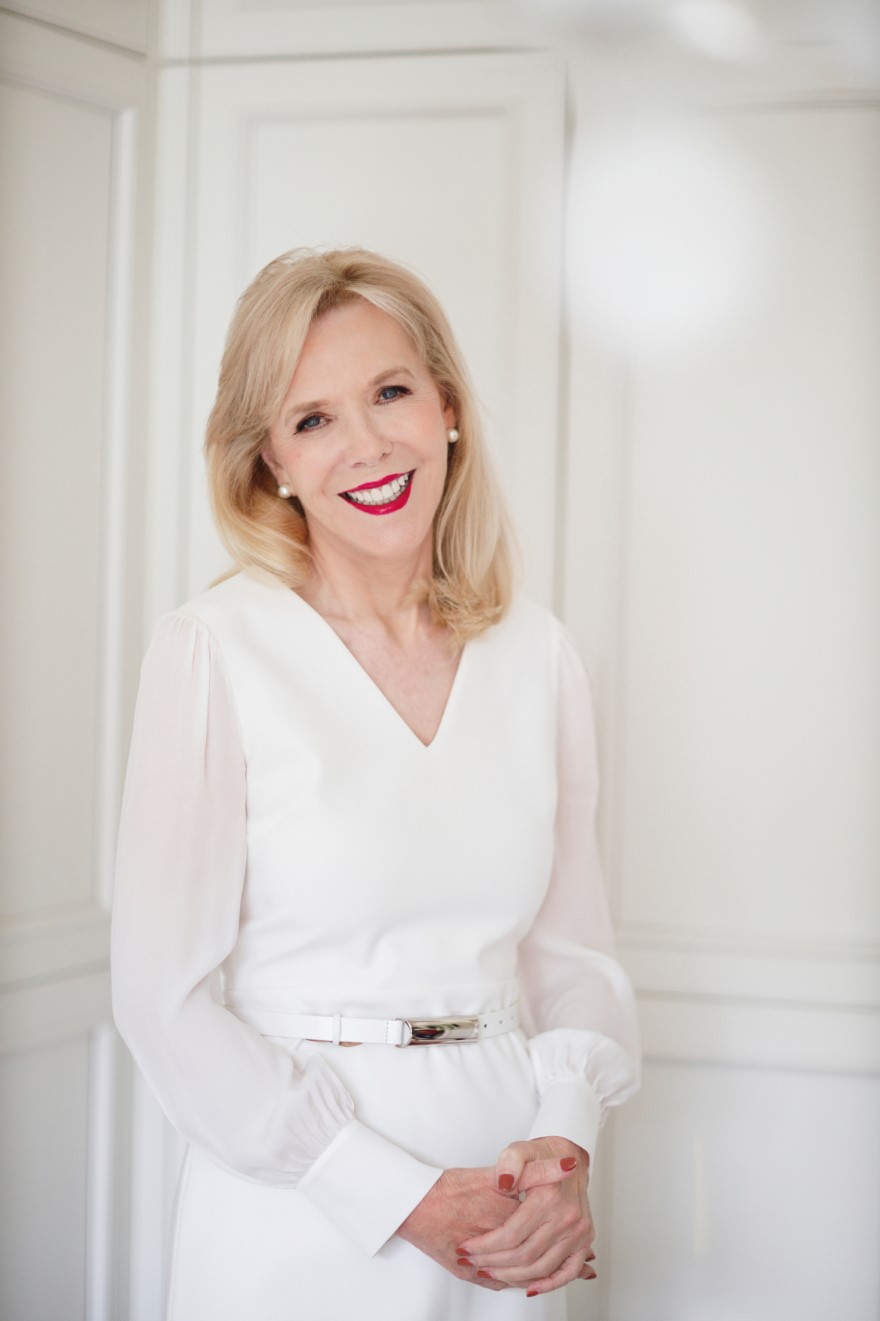 Conventional models for public companies separate the legal and compliance teams. However, when Change Healthcare was created in 2017, Cecil insisted on following her vision of a single organization that included legal, compliance, governance, ethics, privacy and regulatory professionals under one roof.

It’s the best model for Change Healthcare to protect its customers and shareholders while ensuring accountability, transparency and cooperative results, she says.

“By tearing down silos, often resulting from separate legal and compliance teams, there are no organizational challenges to hide behind,” Cecil says. “Work is done together—no passing the buck or finger-pointing. Our board and CEO got it: If we wanted true accountability, a single organization was the right choice for us.”

Change Healthcare was founded in 2017 as a health care IT joint venture between McKesson Corp. and Blackstone Group. The company’s platform and solutions connect payers and providers for efficient clinical decision-making and simplified billing and payment.

Those connections have never been more vital than during the COVID-19 pandemic. At its outset, Change Healthcare rapidly deployed additional telehealth solutions, unlocked their lab network to speed testing of the coronavirus, and launched virus research. 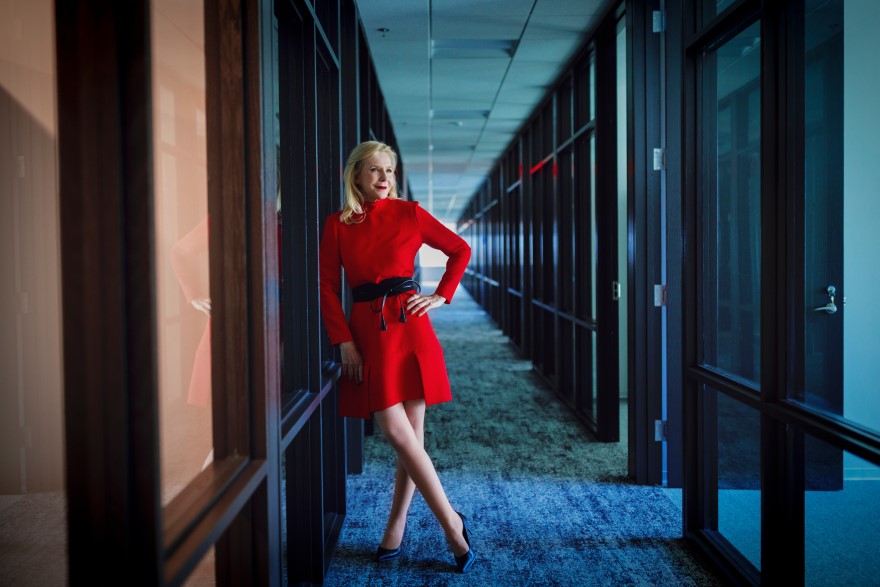 Cecil lauds her team for excelling as Change Healthcare’s pandemic response “emergency room,” coordinating a multitude of evolving issues under extreme deadlines, all while maintaining the underlying health of the company. A top accomplishment, she says, was helping mobilize 20,000 workers in just weeks to operate remotely.

To comply with ever-changing employee and workplace safety requirements, especially during the pandemic, Cecil partners with the Ogletree Deakins firm, including lead partners, Danielle Ochs and Stephen Woods.

“They’re one of the best labor/employment firms in the country. They’re great at managing complex employment regulations, policies and emerging issues, especially in crises. They’re also great employment litigators. We depend on Ogletree.” 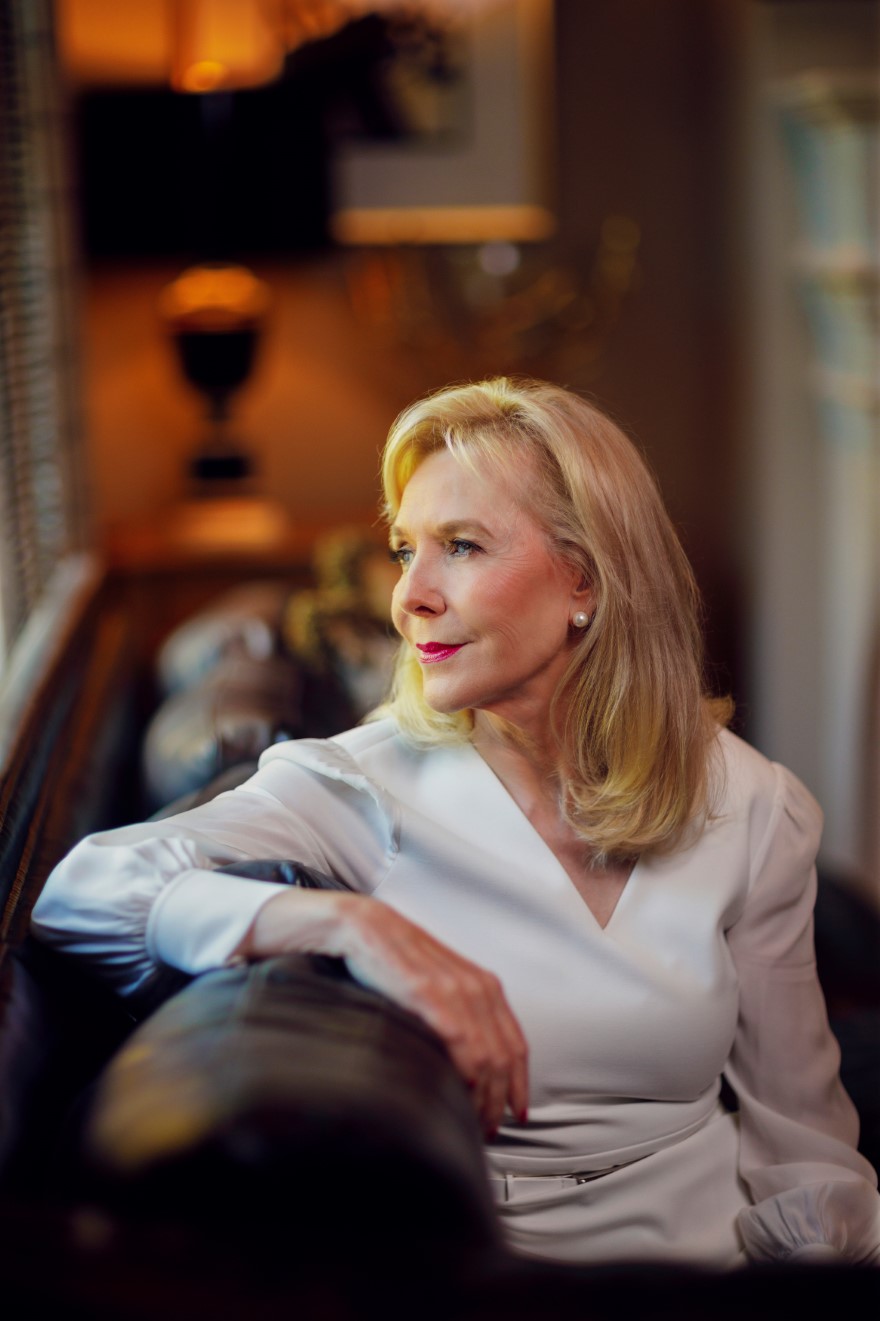 In June 2019, Change Healthcare went public, raising $927 million in one of the largest healthcare IPOs in history. Leading up to the IPO, Cecil and her team helped untangle and then reconstruct the IT assets contributed by McKesson and Blackstone. Eight months later, her team helped steer McKesson’s successful exit as the controlling shareholder and the transition to an independent board of directors.

Although Cecil previously worked at three large public companies, stewarding an IPO was a chance to take on something new.

“It was a novel area to flex our legal and compliance muscles and prove just how strong they are,” says Cecil. “Plus, we did not flex them alone. We knew when to boost our strength by seeking out those with the strongest muscles in the complex world of IPOs.”

Her corporate secretary team engaged Simpson Thacher to represent Change Healthcare in the IPO, while Ropes & Gray represented the underwriters.

Cecil credits her department’s combined structure for allowing the team of more than 140 professionals to successfully work as one when tackling crucial legal, compliance and governance matters, including the IPO. United by a “culture of compliance,” it has since won more than 10 national compliance awards, Cecil adds.

“Pillsbury has great commercial, regulatory experience and handles investigations requiring real finesse,” she notes. “There are certain legal issues which require a unique depth of expertise and Pillsbury always delivers.”

The road to leadership

Born and raised in the central North Carolina city of High Point, Cecil knew where she was headed from an early age.

“I wanted to be a lawyer from the time I was in middle school. I’d watch all the TV crime and courtroom dramas, and I’m a big fan of Atticus Finch and loved ‘Perry Mason,’” she says.

Her parents were farmers who encouraged Cecil and her siblings to get out into the world, and she paved her path to a legal career with the courses she took and by joining debate teams in high school and at the University of North Carolina at Greensboro.

After earning her bachelor’s degree with honors in political science and communications studies in 1978, Cecil enrolled in law school at the University of North Carolina at Chapel Hill. She earned her JD, again with honors, in 1981. 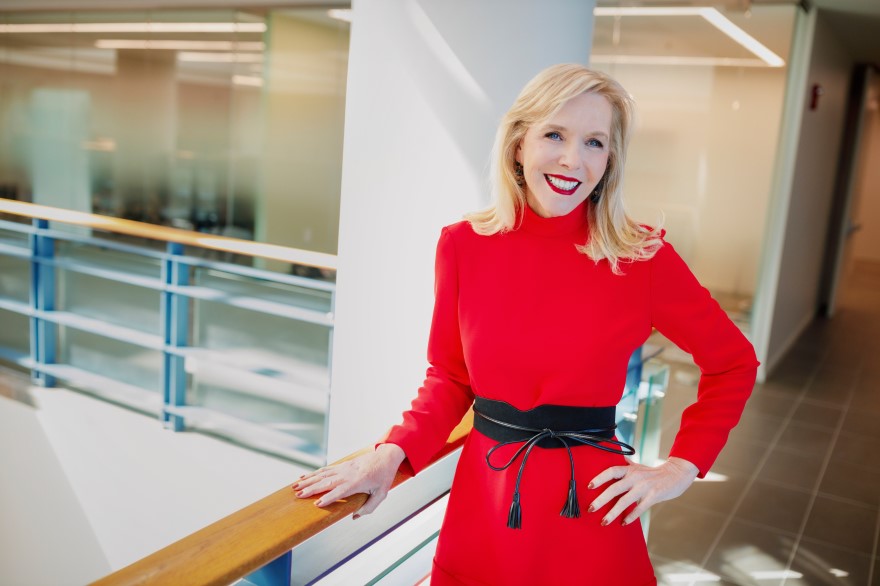 Her career began at a private firm that did business with AT&T, opening the door for Cecil to join the communications giant in 1984 as an entry-level attorney.

Over the next decade, she honed her legal skills by working in contracts, compliance, and claims and disputes, while enduring several cross-country moves. In 1994, Cecil was promoted to a supervisory role, which she considers the springboard to future senior executive positions.

In November 2003, she became vice president of law, and chief counsel and ethics and compliance officer for fintech provider NCR Corp. In July 2006, she joined McKesson as general counsel of the company’s technology solutions division and eventually became senior vice president of governance relations. 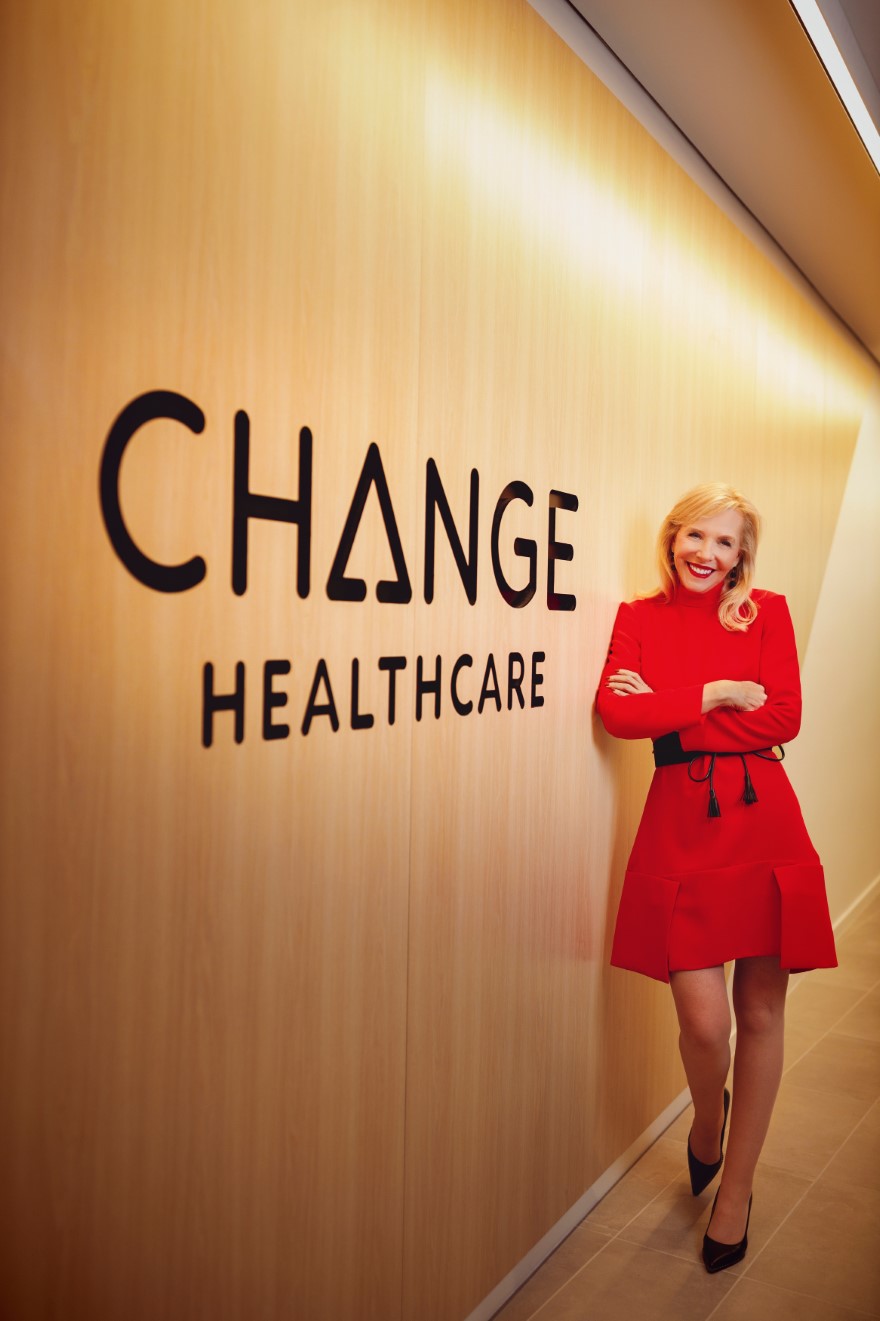 When McKesson and the Blackstone Group founded Change Healthcare, Cecil was named executive vice president and general counsel. She built her organization from scratch, guided by her long-standing belief that a team can be world-class only if powered by diversity and togetherness.

“Our team is the most diverse and engaged, and we’re better for it,” she says. “Our different backgrounds and perspectives have led to unparalleled collaboration, problem-solving, personal growth and respect from our business partners.”

As a person of faith, mother, cancer survivor and twice widowed, Cecil has endured adversity and it imbues her approach in leadership and life.

“We’re all works in progress, and we should embrace the beauty of our scars,” Cecil says. “People see me weep and they see me laugh. Although I’m flawed, I’m a real person who’s surviving and thriving, while helping my company reimagine the possibilities of modern day legal and compliance.” 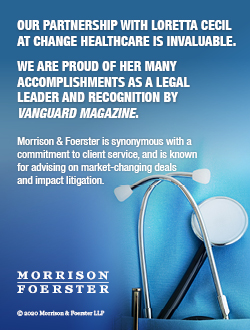 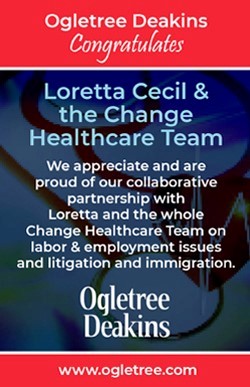 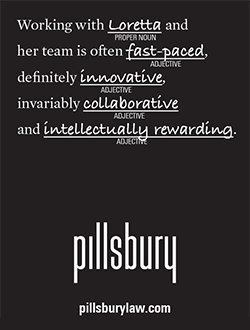 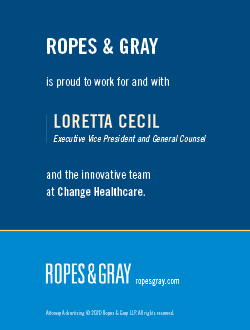 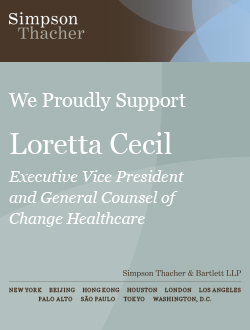