Even as RWJBarnabas Health grows and expands, its focus will be on quality rather than quantity.

That’s according to Margaret Campbell, the organization’s deputy general counsel, who says this goal is being achieved through value-based and population-based care. Value-based care compensates providers based on patient health outcomes and population-based care looks at broader social, systematic and geographic effects on health. Both approaches prioritize doing what’s best for patients and using their needs to guide care and services. 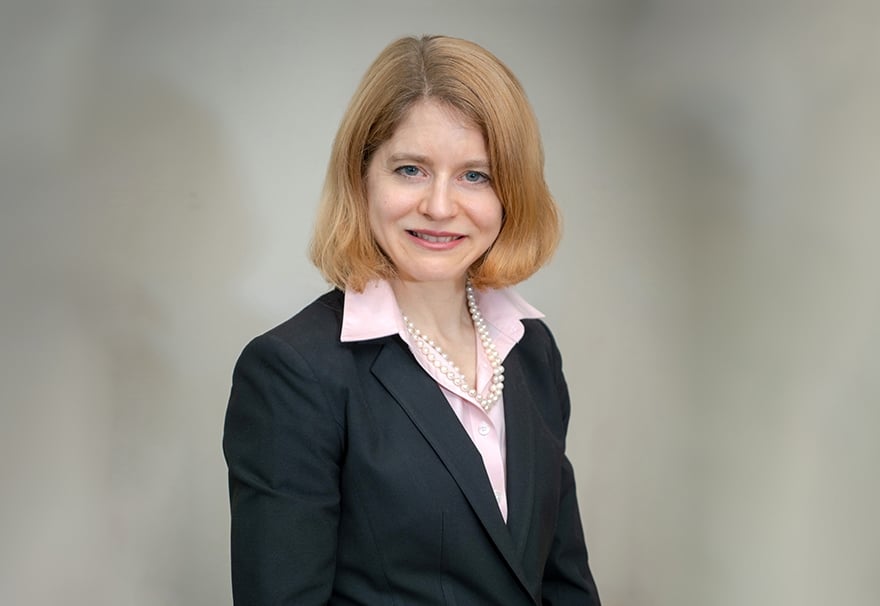 “It’s important that we look at the social determinants of health when delivering care to our patients,” she says.

The organization has been moving towards this approach through partnerships and mergers and acquisitions, which Campbell oversees. RWJBarnabas was created through the 2016 combination of Robert Wood Johnson Health System and Barnabas Health. It’s now the largest academic healthcare system in New Jersey with 12 general acute care hospitals, three acute care children’s hospitals, a nationally renowned pediatric rehabilitation hospital, a free-standing behavioral health center, New Jersey’s largest behavioral health network, and many other care and specialty centers.

“It’s important that we’re thoughtful when considering other healthcare organizations to partner with,” Campbell says. “RWJBarnabas places such an emphasis on providing the highest quality care possible, as well as on expanding access and health equity, and we expect the organizations we work with to do likewise.”

RWJBarnabas Health is bolstering its capabilities as a premier academic health system through a long-term master affiliation agreement it entered in 2018 with Rutgers University.

According to Campbell, RWJBarnabas Health has always wanted to be aligned with Rutgers so it can promote more advanced research and medical education in New Jersey and be a leader in medical solutions and innovations. Through the MAA, Rutgers leads research and academics while RWJBarnabas leads clinical operations. 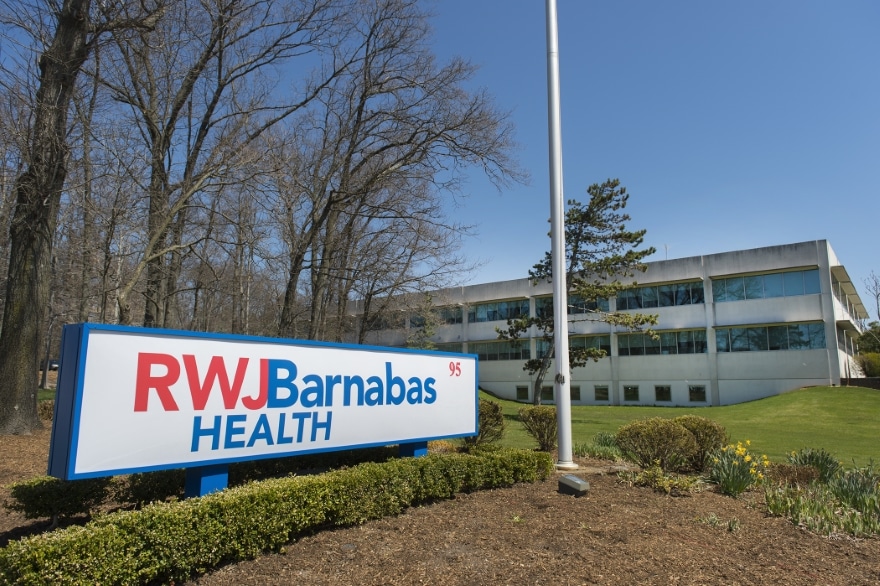 Campbell, who was involved in negotiating the MAA and integrating the organizations, says the agreement will contribute to stronger population health programs and expand healthcare access and equity in New Jersey. In addition to moving towards more value-based and population-based care, RWJBarnabas has also expanded ambulatory services through joint ventures with physician groups and other ambulatory providers.

Initiatives like this allow more people to receive healthcare in New Jersey, Campbell says. She says this is especially critical for patients who are uninsured or on Medicaid who can’t afford to travel far for care.

“Everyone deserves equal access to healthcare regardless of their circumstances,” she says. “Our goal is to provide the full spectrum of care to our community.”

All the mergers and acquisitions Campbell works on are done in alignment with the MAA and the broader goals of the system. The proposed transaction with Saint Peter’s Healthcare System, for example, aims to support the system and Rutgers’ long-standing goal of creating a premier academic medical center that will “rival the best academic medical centers in the country,” she says.

The premier academic medical center will make such care available for the first time in New Jersey, which will expand access to care for residents who can’t afford to travel out of state to New York or Pennsylvania.

“All strategic transactions lead back to this goal,” Campbell says. “It’s at the forefront of everything I do.”

Most recently, she was involved in RWJBarnabas’ acquisition of Trinitas Regional Medical Center. The deal, which closed on January 1, 2022, had been in the works for a few years. She oversaw the transaction, leading the negotiations on the definitive agreement herself while working with outside counsel on due diligence and specialized matters, such as required filings with the Federal Trade Commission.

When looking at potential partners or acquisition targets, Campbell says it’s important to ensure there’s a fit in terms of priorities and values. Because RWJBarnabas is a nonprofit, its business development activities must be as socially responsible as they are strategic, she says. At the same time, she needs to ensure the organization complies with applicable regulatory requirements, including the New Jersey’s Community Health Care Assets Protection Act that governs the acquisition of non-profit hospitals. 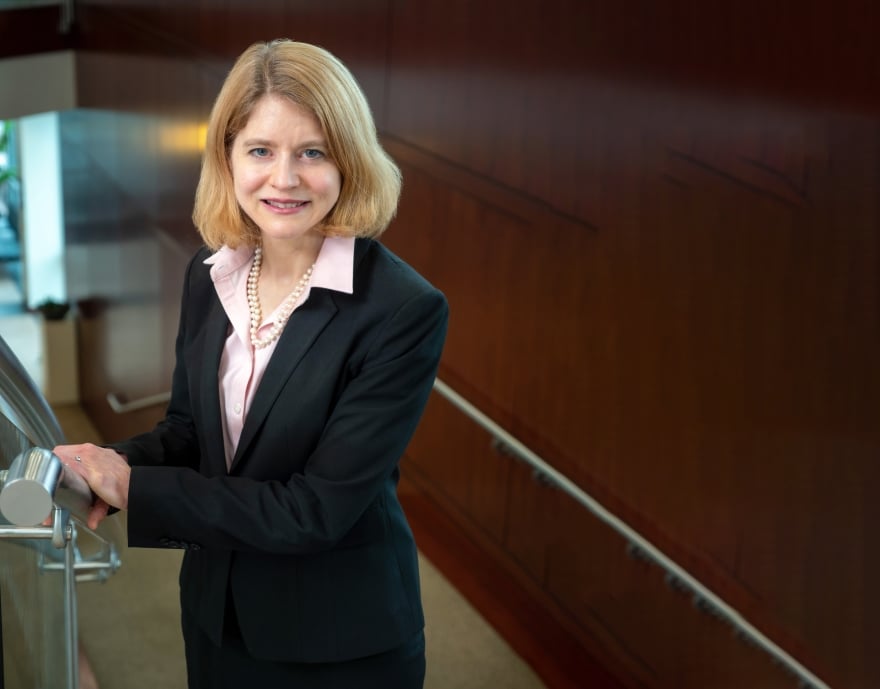 Campbell also coordinates with the organization’s president, chief operating officer, chief strategy officer and chief financial officer and other members of the system’s senior executive team to understand their goals and ensure they’re included in agreements.

“We like to have a consistent approach for integration to ensure our values are built into the process,” she says. “At the same time, we stay sensitive to the concerns of the entity we’re acquiring or partnering with because it’s important that we’re on the same page. No transaction will succeed if there is not alignment and communication on all sides.”

Since earning her J.D. from Harvard Law School, Campbell has spent most of her career working on healthcare issues. After clerking for a U.S. District judge in California for a year, she spent almost two years as an associate in the health care group of the firm McDermott, Will & Emery in Los Angeles.

Campbell then spent six years in a similar role at the global firm Ropes & Gray before being hired at Barnabas Health as the assistant vice president of legal affairs in 2011. After a few years she was promoted to assistant general counsel, a title she held until the transaction with Robert Wood Johnson Health System closed in 2016. She led the legal aspects of the transaction and was promoted to her current position when the deal was completed.

“I find the work to be dynamic and interesting,” she says. “When looking to go in house, I wanted to be with a nonprofit provider, and I wanted to do interesting, challenging and diverse work.”

Working for an organization that helps people and contributes to making communities healthier is important to Campbell, she says.

“I’m inspired by both the mission and the people,” she says. “I feel very lucky to work with such an amazing team, as well as people across the organization who are truly committed to what they do.” 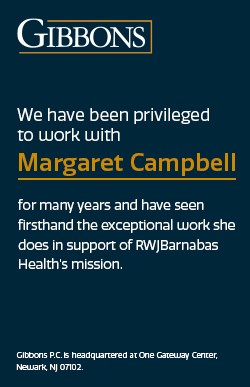 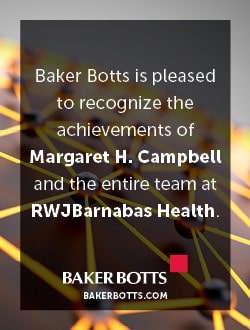 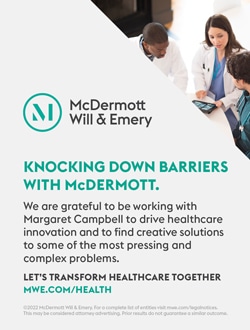 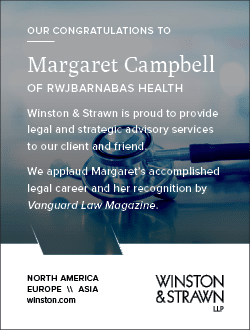