Robert Bryson Carter knew he was in for a sea change when Cone Health began to shift from volume-based to value-based health care about a decade ago.

Value-based care, where providers are paid based on the quality of care as opposed to the volume of services provided, is emerging as a model that can alleviate increasing health care costs. But as Carter notes, embracing the model requires navigating a regulatory thicket. 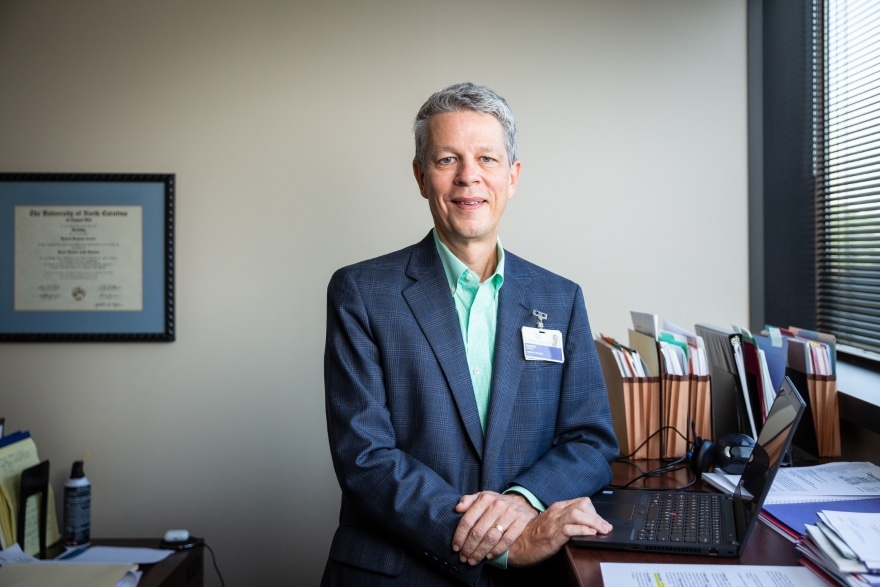 “It’s like you’re between trapezes, or trying to keep a foot in both worlds,” says Carter, the vice president and general counsel for the health care network headquartered in Greensboro, North Carolina.

As part of the transformation, he’s even had to consult a Civil War-era law written

to prevent selling lame horses and faulty weapons to the U.S. Army in the transformation.

Changing with the times

It’s named for Moses H. Cone, co-founder of the Cone Mill denim manufacturing site. In 1911, his widow, Bertha Cone, established a trust fund to build a hospital, though it took more than 40 years for the Moses H. Cone Memorial Hospital to open in 1953.

In 1963, shortly after the hospital opened the first intensive care unit in North Carolina, it integrated its staff before the passage of the Civil Rights Act of 1964 by hiring four Black doctors.

Fast forward to 2012, with Barack Obama, the first Black president in office, and what had become Cone Health launched the Triad HealthCare Network, or THN, a Medicare Accountable Care Organization formed after the passage of the Affordable Care Act known as Obamacare. 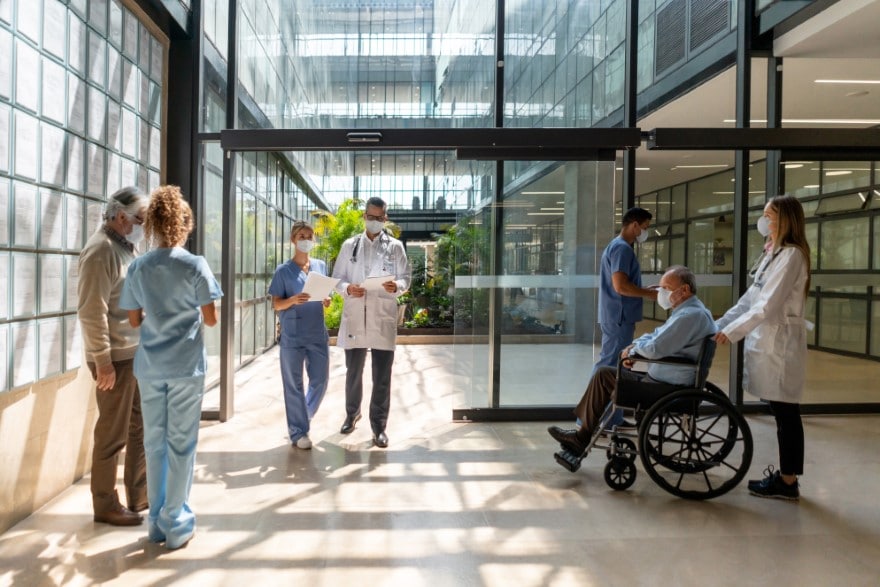 “It came from a realization by our leadership that the volume-based system is in danger of collapse,” Carter says. “Payments get reduced, things are moving out of the hospital and the whole system was not good for patients.”

Volume-based care by physicians and hospitals is built on the concept of seeing more patients, perhaps ordering tests or services to generate revenue.

“It’s a reason health care is so expensive. That’s how providers have made revenue,” Carter explains.

Values-based care flips the script. Hospitals and physicians are reimbursed when providing quality care that reduces the need for tests, procedures and hospitalizations. In Cone Health’s case, the savings are shared with health care providers.

It’s been a successful approach—THN won the National Association of ACOs Innovation Award in 2017 for its efforts in reducing hospital readmission for heart failure patients. In 2019, THN doubled the number of patients it served to 198,000, according to its website.

THN also partners with commercial plans, Carter adds, with 400 to 500 members who have agreed to see Medicare patients and follow the ACO’s protocols for care. However, he also points out that ACOs were created in an environment of laws and regulations written well before Obamacare and often used at cross purposes for what organizations such as THN deliver.

“We look to do things with physicians that align incentives and create the value,” Carter says. “It could be reduced costs for procedures and we share the savings, but the older laws can come into play.”

Such as lame horses, even though no one at THN or Cone Health has ever bought or sold one. The anti-profiteering False Claims Act was passed by Congress in 1863 and revised several times since, including in 2010 as part of Obamacare. It’s now applied to cases of Medicare and Medicaid fraud involving payments and coding, Carter says.

Also complicating the ACO operations is the federal Stark Law, which prohibits physicians from referring patients to receive “designated health services” payable by Medicare or Medicaid from entities where the physician or an immediate family member has a financial relationship.

Carter says the False Claims Act, the Stark law and other measure prohibiting improper payments and referrals have made creating agreements with ACO providers all the more challenging. 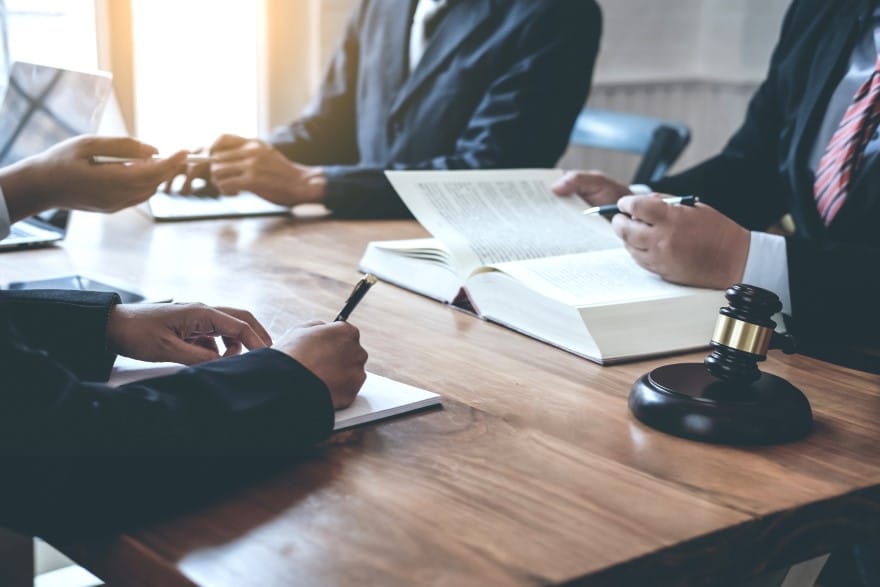 At the same time, Carter must consider rules from the U.S. Department of Health and Human Services Office of the Inspector General. Those prohibit hospitals from paying physicians for reducing how long patients stay—even as value-based care looks to reduce hospitalizations through preventive care.

Carter hasn’t steered the course to values-based care alone, he adds, saying an important part of his work is knowing when to get outside counsel, too.

For example, when it comes to working through issues related to employment or labor law, or accommodations under the Americans with Disabilities Act, Carter says he’ll do “intake and triage” on the issues, but readily turns to outside counsel when their expertise is required.

A native of Greenville, Alabama, Carter considered a teaching career as he earned his bachelor’s degree in English from Sewanee: The University of the South in Sewanee, Tennessee.

“But I didn’t really yearn to teach,” Carter recalls. “I did want to become an expert in something so people would want to come to me, though.”

Carter decided on a law career to achieve this and earned his J.D. from the University of North Carolina at Chapel Hill. 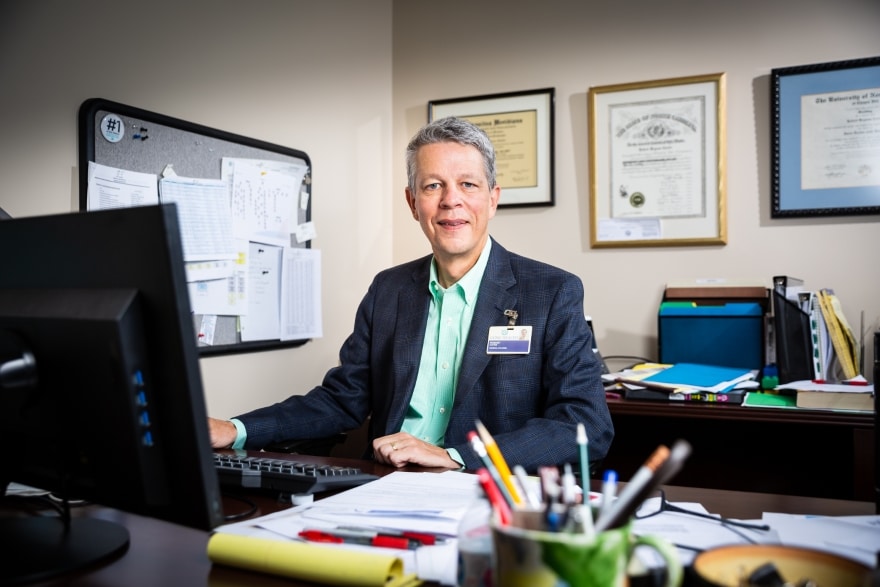 After entering private practice in the mid-1990s, Carter found himself working in health care law. When he was in law school, UNC didn’t have health care law courses, and Carter says he relied on mentors when his career began to learn about the practice area.

In private practice, he worked with hospitals and health care systems in North Carolina, including Cone Health, while also finding he didn’t want to pursue a traditional partnership path. So when Cone Health decided it needed a general counsel, Carter moved in-house in 2006.

“I’ve had to learn to adapt and the types of contracts with physicians are very different from a decade ago,” Carter says. “But in this role, I never know what I’ll be doing when I come in. It could be real estate, employment or insurance law, too.” 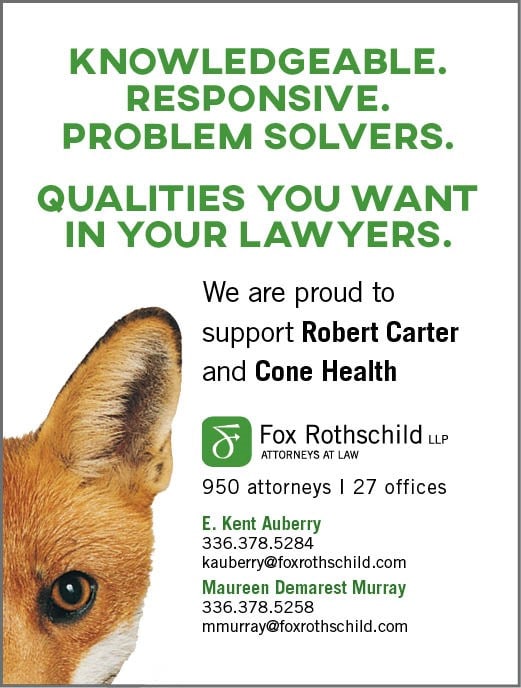 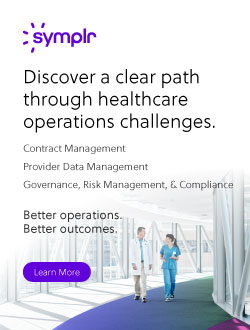