It’s been a long journey for Moses Vargas, from doing missionary work in Guatemalan villages where paved roads were rare to living and working in one of New England’s largest cities. Along the way, he endured more than his fair share of challenges, before finding a new career calling—one that  gave him the chance to directly help people in need.

Now the general counsel for Connecticut Children’s Medical Center, Vargas spends his workday hours in Hartford, where the streets are well paved and the buildings built of brick. 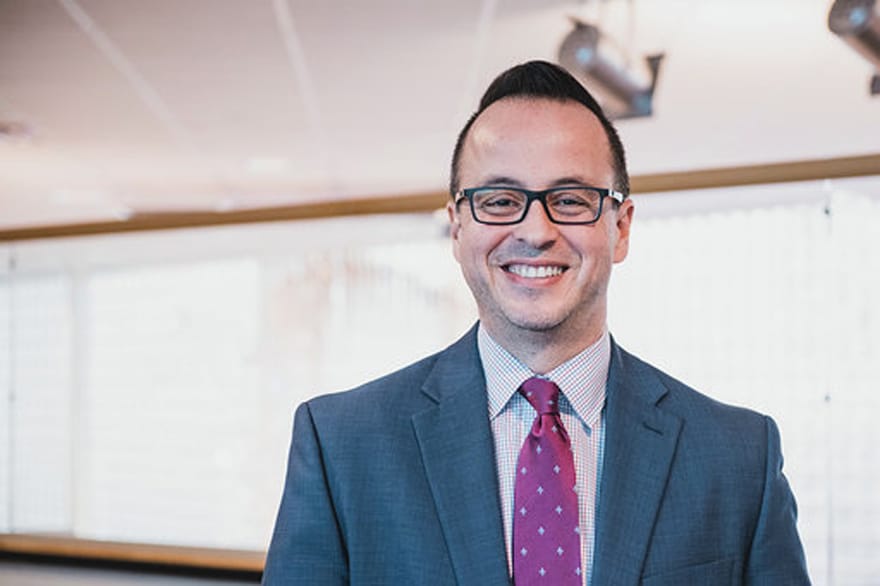 But he still sees a world of need, especially in pediatric health care, where changing models and an increased focus on preventive care have made organizations like Connecticut Children’s indispensable.

“There will always be a need for a children’s hospital,” Vargas says. “What we are doing really well is focusing on how to keep kids healthy by identifying social determinants and lifestyle issues.”

The 187-bed medical center has certainly come a long way from the 10 beds it provided when the organization was founded a century ago. Now, the nonprofit is focused on finding ways to keep its beds from being filled in the first place.

Most immediately, Connecticut Children’s recently launched the Connecticut Children’s Care Network, the first such network in Connecticut to bring together community pediatricians not only for care and treatment, but to establish pediatric-specific quality metrics and best practices to provide more coordinated care across the continuum. The Network aims to improve efficiency, safety and fiscal health for the health care system, physicians and patients.

“There are plenty of other integrated networks across the country, but so many focus on adults and their health issues,” Vargas says. “We’re looking to identify quality metrics that are specific to pediatrics with the goal of ultimately improving children’s health, promoting quality of care and reducing children’s need for continued health care services. This is still in its early stages; but we’re hopeful it will be extremely successful and achieve all its goals.”

Vargas won’t be examining patients or submitting the data needed for certain metrics to better guide preventive care. What he’s done, however—with help from outside counsel to ensure the Network doesn’t violate any federal antitrust statutes—is set up the Network’s structure as a limited liability corporation, along with all governing agreements, both for the board and the participating pediatricians.

Likewise, it’s not up to Vargas to recruit pediatricians for the Network; the metrics used to measure and guide areas of child healthcare are typically determined by a quality control board.

His role is far from ancillary, however. Among other things, Vargas oversaw drafting the participating agreements for network pediatricians, along with agreements with third-party contractors tasked with mining and analyzing the data. Both areas required extensive analysis to minimize risk, Vargas says, with the entities sending patient data from their own operating systems. 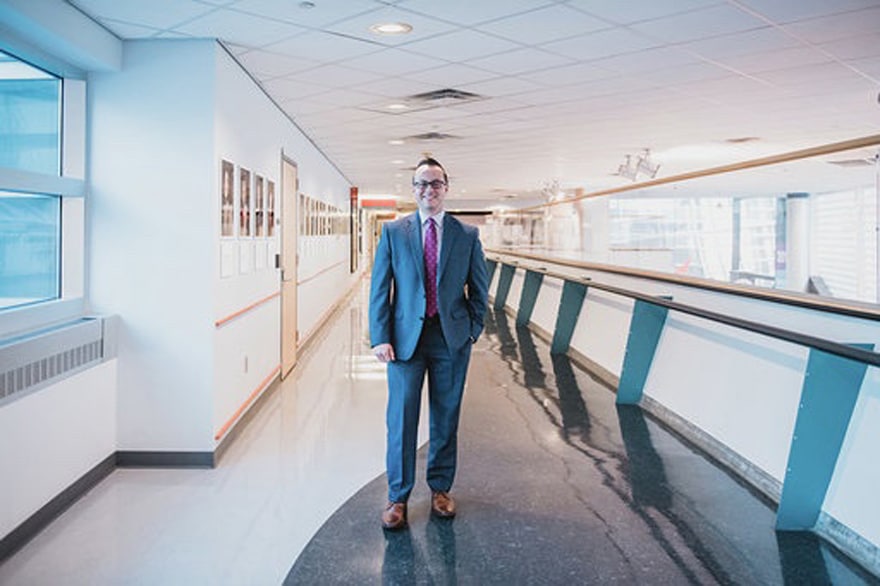 “As health care providers, we are responsible for ensuring that patient information remains confidential and secure so that unauthorized individuals are unable to access it,” Vargas says, adding Connecticut Children’s consistently performs risk assessments on its electronic medical record systems to ensure that it stays on top of any new risks that could compromise the confidentiality and security of the patient data it maintains.

Data and privacy protection must also comply with state laws, which Vargas notes are designed to protect children who cannot give consent on their own. While some testing and treatment can be done without parental consent—mental health, substance use disorders or sexually transmitted diseases, for example—such data cannot always be used by the network if proper consents haven’t been obtained.

Vargas and the Network team are also working with insurers to create the agreements that make the Network viable as part of health insurance plans.

“When you bring these pediatric groups into the network, your ultimate goal is to enter into a value-based contract,” he explains.

Those efforts, and what Vargas calls his back-end advice and support for the Office for Community Child Health, ensure, among other things, that families have access to a comprehensive system of community programs and services that support them in promoting their children’s optimal healthy development, underscore Vargas’s longstanding drive to leave a lasting impact—a desire more than 25 years in the making.

A native of Salt Lake City, Vargas was studying accounting at the University of Utah when he began a two-year community service mission in Guatemala in 1994.

“It was a church-oriented mission, and for four months I lived in the jungle in the northern part in this little town called San Francisco,” Vargas recalls. “It had two paved streets. I lived in a hut, exposed to tarantulas and snakes on a regular basis.”

While witnessing the health and poverty issues in remote Guatemala firsthand, Vargas had his own problems, too. 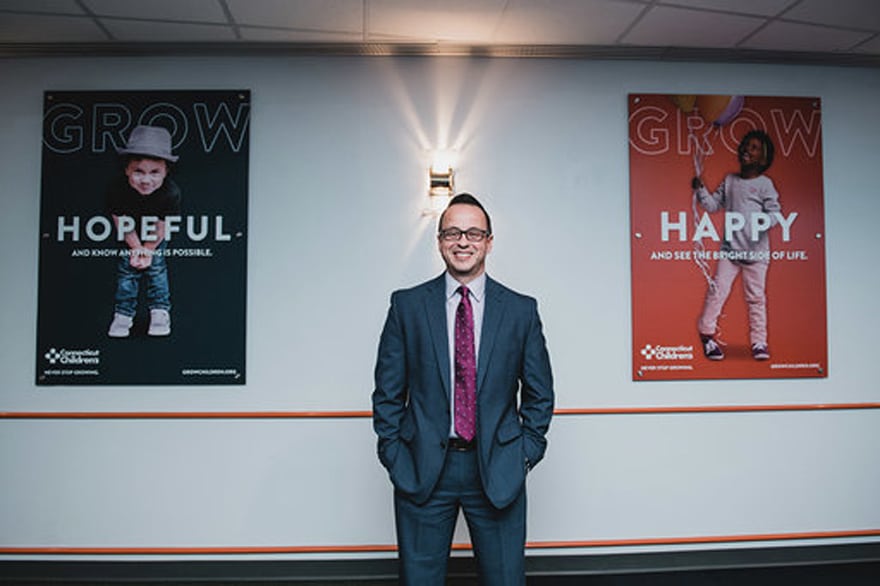 “For the first two months, your body is trying to adapt to new bacteria, so I was very ill when I lived there, and I was learning a new language,” Vargas says. “The services we offered were very basic. It could be helping people cut down trees so they could build a new hut or helping them purify water, drawing pictures with kids, whatever they needed.”

“One thing I always reflect on is if I feel like I’m having a hardship now, I remember how tough it was, days of being homesick and physically sick,” he says.

Vargas eventually returned home, earning his bachelor’s in human development and business, followed by a master’s in social work and business administration, from the University of Utah.

Vargas, 44, is married and a father of four. The couple enjoy baking and cooking and passing on a family recipe is something he treasures.

“My mom made flour tortillas and taught me how before I moved to Guatemala,” Vargas says. “So now I’m teaching one of my daughters how to make them.”

Between work and family, Vargas also carves out time for a new—cross fit training. Six days a week, he gets up at 5 a.m. to work out.

“It’s high intensity and high variety, with a different class every day, but it’s also a community and all about support and encouragement,” Vargas says.

Then it’s off to the office, where the demands may not cease, but the rewards don’t, either.

“My job is incredibly diverse,” Vargas says. “On one hand I am focused on regulations, but I also focus on keeping kids healthy.” 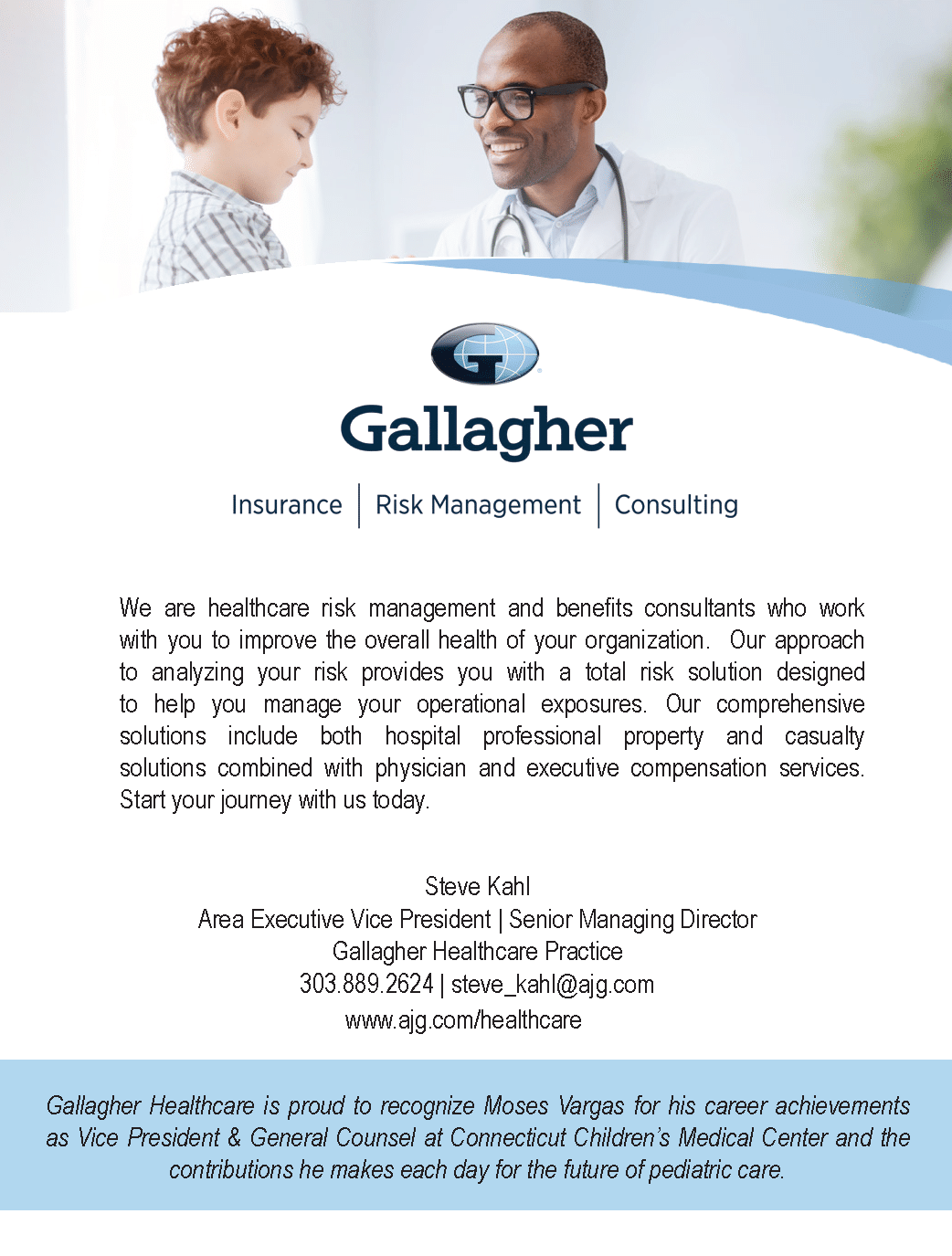