The business of saving lives 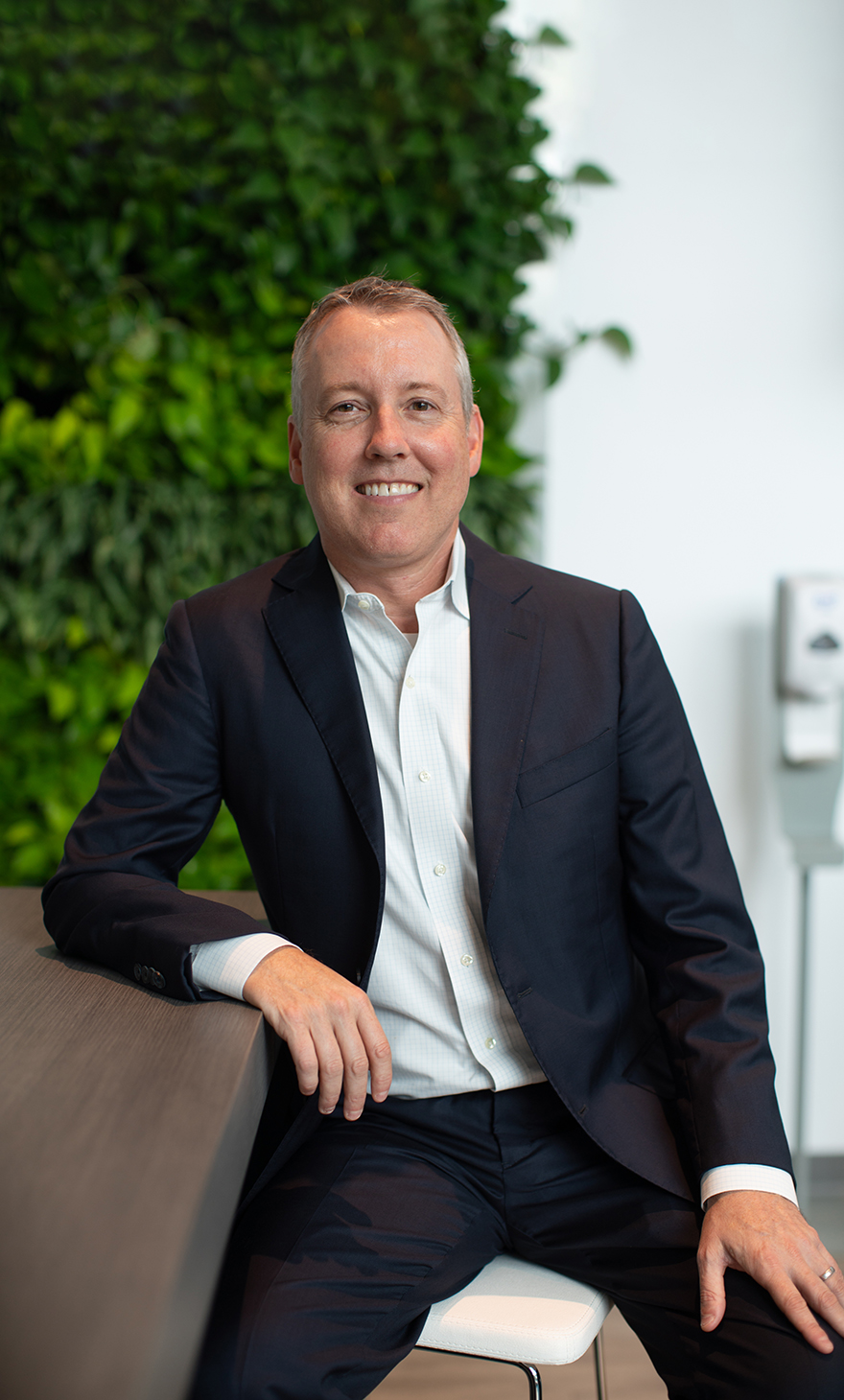 There are nearly one million people living with multiple sclerosis in the U.S. That’s about the same as the number of people living in Austin, Texas, the 11th largest city in the country.

It is an unpredictable disease that strikes women two or three times more often than men. The progress, severity and symptoms affect each person differently, making it difficult to diagnose and treat.

Cancer is also unpredictable, has no cure and impacts millions and millions of people every year. Researchers at EMD Serono have been hard at work developing immunotherapies to fight cancers like bladder, lung and skin, in addition to the products that fight MS.

The focus on difficult-to-treat diseases maximizes the importance of potential treatments, says Michael MacDougall, the senior vice president and general counsel for EMD Serono, the Massachusetts-based biopharmaceutical business of Merck KGaA in Darmstadt, Germany, which has been developing drugs to fight these diseases for many years.

“We all know someone impacted by multiple sclerosis or cancer and this motivates our team to do everything we can to help bring new treatments to patients,” MacDougall says.

More than finding treatments, MacDougall says EMD Serono has an ongoing commitment to improve the entire experience for people fighting MS and cancer.

In recent years, he has navigated the legal challenges of launching products while “staying laser-focused on” supporting EMD Serono’s existing therapies.

“However, effective legal teams need to find a way to manage the increased workload and complexity that comes with a product launch, while maintaining the same level of resource and attention on current products that often continue to bring in significant revenue,” MacDougall says.

This, he notes, requires discipline so the legal team is spending its time efficiently and effectively to support the business.

No matter the challenge, MacDougall says he and his team have faced them head-on, leaning on decades of combined experience to advance the treatment of illnesses like MS and cancer, and the more than 20 projects currently in EMD Serono’s pipeline.

“We have an extremely talented and experienced legal team, and as long as there are people in this world that need help with difficult-to-treat diseases, we’ll keep working hard to help them,” he states.

During MacDougall’s time at EMD Serono, there was a period where the company didn’t launch any new products, which can occur as biopharma companies go through the arduous process of discovering, developing and getting new drugs approved. Despite that, employees were working as hard as ever. Legal work has consistently supported the company’s medical, commercial, regulatory, R&D, market access and litigation matters, among other work. And in recent years, it’s picked up.

“We have a legacy portfolio that continues to do very well, and there’s a lot of work supporting these existing commercial brands,” he says. “Since 2017, we’ve launched a new immuno-oncology therapy now approved in multiple indications, as well as a new MS therapy. We’re launching a new product or indication about every year.” 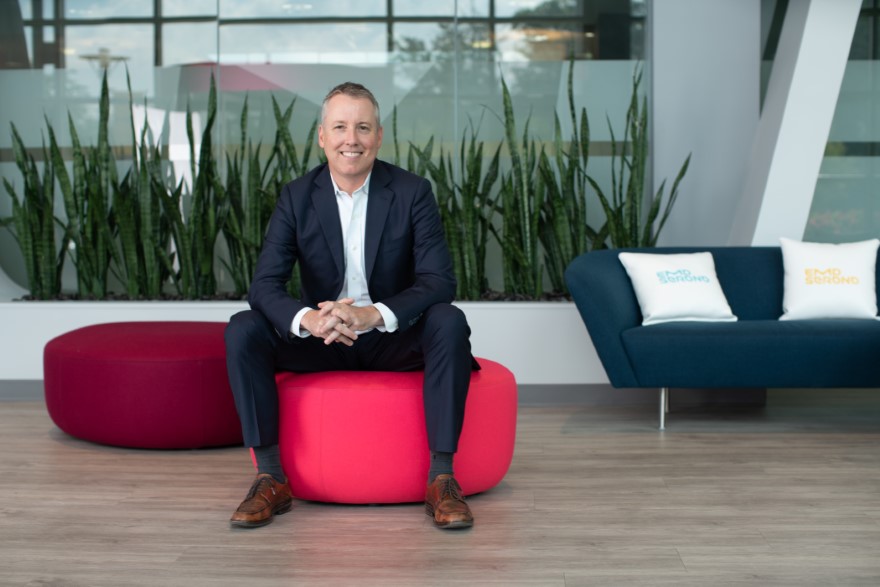 The fast pace and high stakes of the biopharmaceutical industry are a couple of the reasons why MacDougall was drawn to it. The six months before a product launches and the six months after are pretty intense, he says, and immediately after launch is the period of time where a company can set the trajectory for the product’s success.

“We really get one shot to launch strongly, so there’s a lot of focus, a lot of activity and a lot of creative thinking,” MacDougall says. “It’s where the legal team can really contribute to the company’s success by demonstrating a practical, collaborative and problem-solving mindset.”

In addition to launching products and the legal work that comes with it, there are always new projects, strategies and initiatives that need legal support throughout the company. Training new employees, handling legal and compliance issues that surface, and new ways to mitigate risk need to be evaluated and implemented.

“In this industry, there’s always a core set of work that exists, and that work will increase the more products the company launches. And if you have an existing portfolio, particularly in competitive therapeutic areas, that work remains constant,” MacDougall says.

From tech to biopharma

After graduating with a degree in finance from Boston College, he went on to Boston College Law School, completing his juris doctor in 1996. His father was a corporate lawyer, so becoming an attorney felt natural. Working as an in-house attorney was the goal, but he knew he had to pay his dues and gain invaluable experience at a law firm first.

He got his first job as an associate at the law firm of Sullivan & Worcester in Boston and stayed there for four years before moving in-house to work for two different technology companies for about five years.

In 2007, MacDougall made the jump to EMD Serono, and for the first six years of his career, he was an associate general counsel of the commercial business. In that role, he supported the market access team as well as all other commercial operations and functions such as distribution, business excellence, finance, government pricing and government affairs. He then moved with his family to Darmstadt, Germany—the global headquarters of Merck KGaA, EMD Serono’s parent company—where he became the associate general counsel, head of legal for global business franchises.

There, he led and managed an international team that provided legal support in oncology, neurology, immunology, endocrinology, general medicine and fertility.

“One of the reasons I like this company is the opportunity to interact with legal and business colleagues from all over the world as the company has a presence in 66 countries,” MacDougall notes.

MacDougall says it’s been an exciting career so far and there’s still plenty of work to do at EMD Serono. Being part of a company that has such an impact on people’s lives—and having that be a driving focus—has been fulfilling.

“It really is a unique industry where you can be excited about what your company is doing and knowing that you are all working towards a goal of helping people,” MacDougall adds. 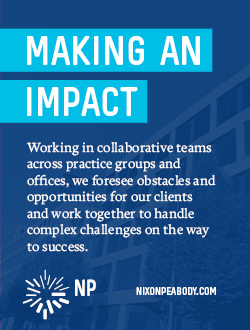 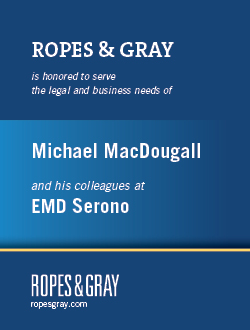