On call for compliance

Yet these stays are short compared to what Nicolás Ruiz sees in Latin America. There, as the director of legal and corporate affairs for Falck Grupo Emi, he estimates it can take at least six hours to be seen. Not only that, Ruiz says many people enduring the waits should still be at home. 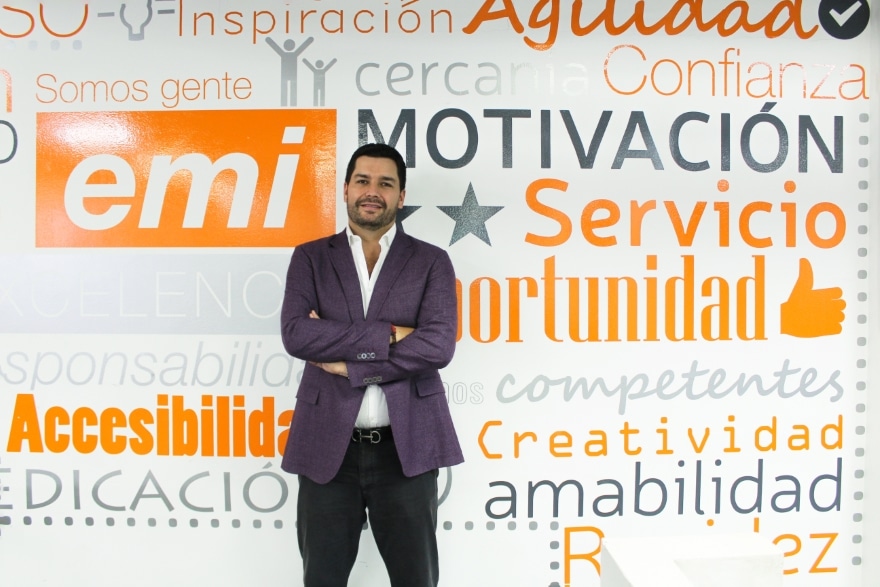 “Worldwide, we don’t know how to use emergency rooms,” Ruiz says. “You go with a cold and you shouldn’t be there.”

Grupo Emi, which was bought by the Danish company Falck in 2011, offers an alternative to ER care that would be unheard of in the U.S.—a membership program for patients that gets them prompt care, either in their home or through e-channels, to eliminate unneeded emergency medical visits.

“It’s tough to tell someone they shouldn’t be there; this is a solution where you don’t have to go to the ER but still can get medical attention,” Ruiz says.

Part of the plan

In Colombia, people enrolled in an HMO can also sign up for Grupo Emi’s services for $12 per month. When in medical distress, they call for health assistance and Emi does “triage at a distance” as Ruiz calls it, either through a telephone line or through Emi’s App, where a paramedic determines the need for an ambulance or a home doctor visit.

If the emergency is life-threatening, the company gets an ambulance there in an average of 15 minutes, to stabilize the patient and provide a ride to an ER. If the situation is urgent, Emi will provide medical assistance and, if required, an ambulance transfer to a clinic in an average of 45 minutes. But those instances are fewer than imagined, Ruiz says, as 95 percent of the 1.4 million calls handled result in an in-home consultation and 92 percent of the health situations are resolved on-site with an average waiting time of only two hours.

At least in part, Ruiz knows this from personal experience. When he started at Emi in 2013, he spent a week riding with first responders. Still, his role is largely behind the scenes as he leads the legal support for the digital transformation which the company is entering.

“There are specific projects where we are reinventing the company,” Ruiz says. “If we don’t go into digital, we’re falling behind.”

Into a new age

As part of that effort, Grupo Emi is gathering patient records and data for digital storage and access, a move that will enable the use of analytics so staff can better understand conditions of patients who call frequently, he says.

In one instance, says a patient had a constant coughing problem causing multiple ER calls. He was urged to join the on-call program, and a visiting physician found that he was likely allergic to his curtains. 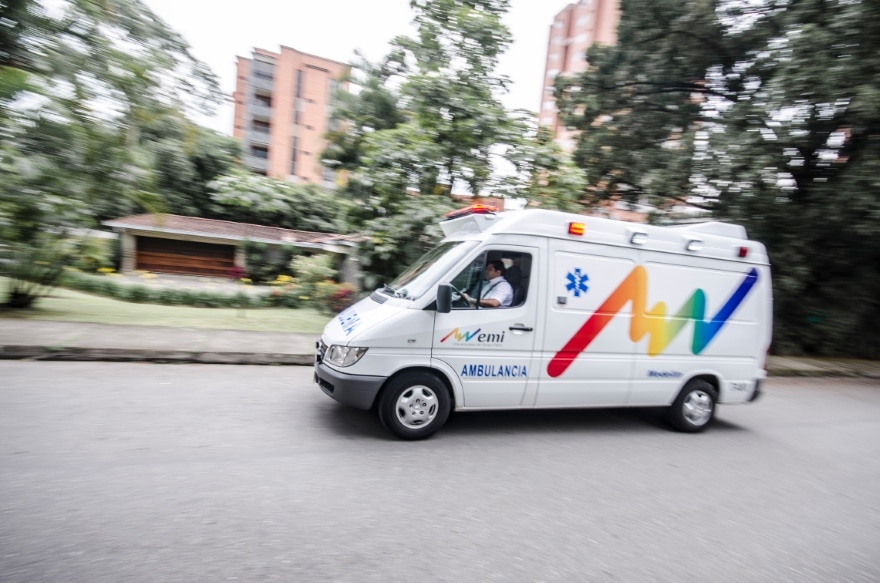 On another occasion, a patient was hiking in a remote location, fell and broke his leg. Through his Emi App he managed to get in touch with a doctor who guided the patient and attended to her for over four hours while help reached her.

In addition, Grupo Emi has launched an app that allows clients to chat with medical staff, access and update medical history and information, and directly book appointments with specialist practitioners. Given that perhaps 90 percent of Colombians use cell phones, Ruiz says the app was overdue, but not easy to create.

“The HIPAA-type laws in Colombia are a huge concern as we implement the programs,” Ruiz says. “We have to safeguard the information and we manage very critical data.”

Telemedicine is a coming trend, too, but fairly unregulated, he adds.

“We’re working to get to this,” Ruiz says. “We feel it’s a good service that helps the health system.”

Keeping people out of the ER is the goal, but getting them there when they really need to go is crucial. Congestion in cities served by Grupo Emi can be brutal. Ruiz says Bogota’s traffic is considered the third-worst on the planet.

“So we review each and every day to see how we can do better,” he says about improving communications with dispatchers and patients and overall fleet management.

Tied into that is equipping doctors with tablets that allow them to access patient records during the house calls and showing how long consultations take. This helps staff schedule appointments and respond when emergencies arrive.

Grupo Emi’s on-call services are not exclusive to Colombia, Ruiz says, but it is where the service has its largest enrollment. How he has worked to improve it while protecting patient privacy has impressed his peers, too.

“It’s his capability to understand and adapt to new areas of work,” says Mateo Peláez García. “I understood he had not worked in the health system, and in a short time, he understood this area. He also has the other capabilities, a very good understanding of corporate, civil and commercial law.” 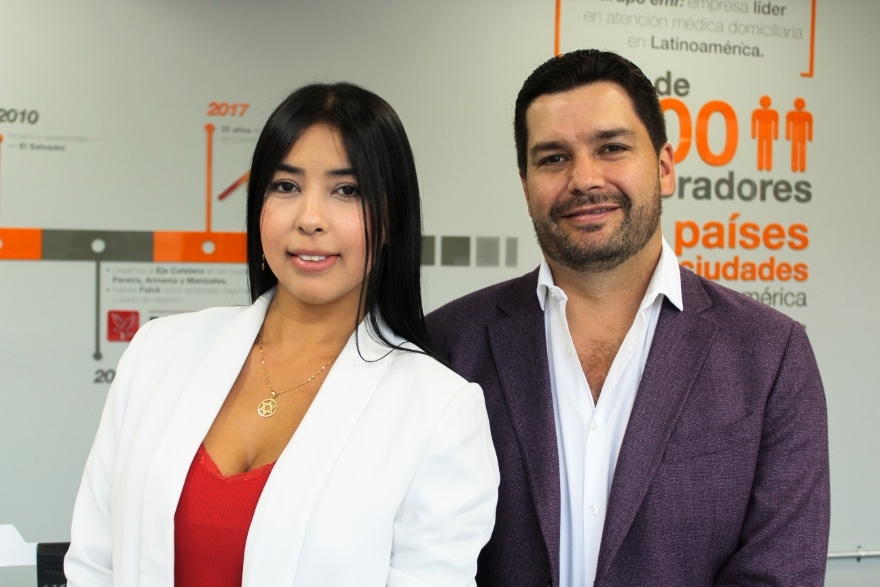 Peláez, a partner at Suma Legal in Medellin, provided outside counsel services for Grupo Emi before it was acquired by Falck, and then again during the acquisition. After the acquisition, Ruiz replaced another Falck attorney working in Medellin with Emi Grupo.

“In this moment, Nicolas who’s a very good lawyer, he took many of the matters and managed them, because he’s a Colombian lawyer and knows the Colombian legal systems,” Peláez says.

Ruiz was educated in his native Colombia, and continued his learning in graduate courses at Yale University and the Georgetown University Law Center in Washington, D.C.

Outside the office, Ruiz, 37, takes his leisure in fast-and slow-paced ways. He loves riding his Suzuki touring motorcycle and also enjoys rounds of golf.

Married for seven years, he does not have children, but says they have “an English bulldog that we love as one of our own.”

Before joining Falck, Ruiz worked at the Bogotá offices of the Chicago-based Baker McKenzie. Following that, he handled the legal work for Colombia’s largest privately owned oil and gas operator, Pacific Rubiales Energy, in the areas of exploration and production, new ventures, trade, transport and special projects. The experiences gave him the breadth of expertise lauded by Peláez, but putting the legal backbone into Grupo Emi’s health care work gives him more satisfaction.

“You know you are doing something for the health and benefit of the people,” he says. “You are improving their quality of life and saving lives, and it is all low cost and efficient.” 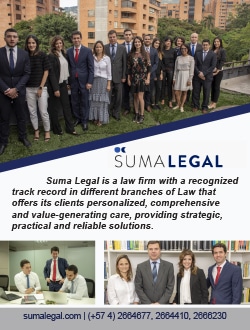