After spending several years learning the nuances of the mining industry—from early-stage exploration to every aspect of the mining operation—Daniel Altikes was given his biggest challenge to date: Help Chilean-based Antofagasta Minerals broaden its international presence.

A small country in the African continent was one of the first stops.

From the second he stepped off the plane in Asmara, Eritrea, Altikes knew he was somewhere special. The sites, the sounds, the smells, the people: It all felt so surreal, like waking up to discover you’ve been teleported to another planet. 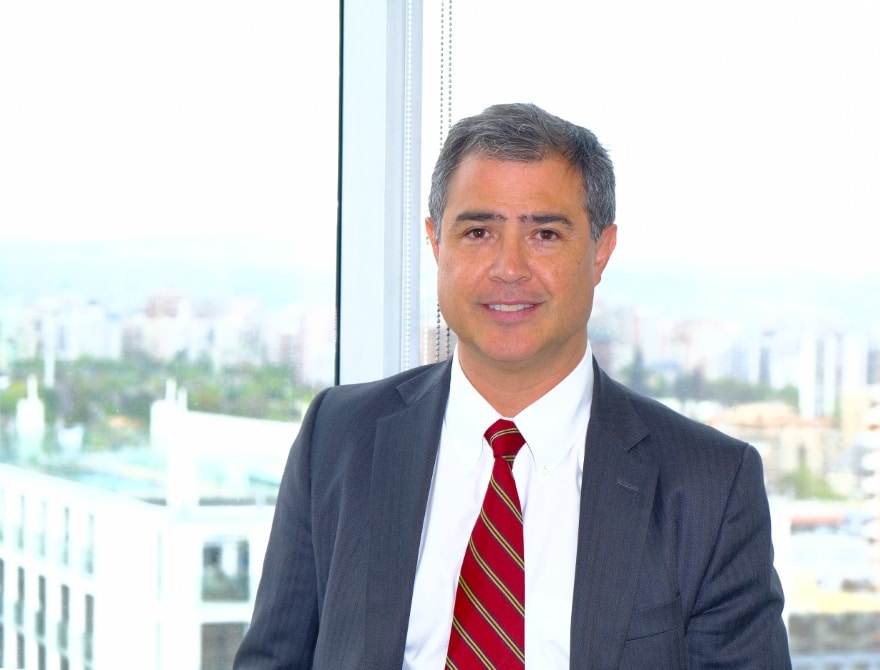 And that was before he learned about the country’s legal system.

“Imagine being in a country that’s less than 20 years old,” Altikes recalls. “The laws are just starting to take shape, and there are so many questions that the current system can’t answer. But not getting answers wasn’t an option. There’s too much at stake.”

Specifically: a multimillion dollar mining project that Altikes’ company, the Chilean-based Antofagasta, was interested in pursuing.

It’s far from Altikes’ only ocean-hopping sojourn, however. Since Antofagasta first stepped onto the international stage, Altikes has helped spearhead the company’s legal efforts in more than 30 jurisdictions around the world: Zambia, Alaska, Serbia, Australia—the list goes on.

More impressive still, he often took these trips alone, though not before taking a deep dive into the country’s history, politics, economics, heath and security issues—and researching the bare-bone basics on local customs (such as whether to greet with a hug or handshake). 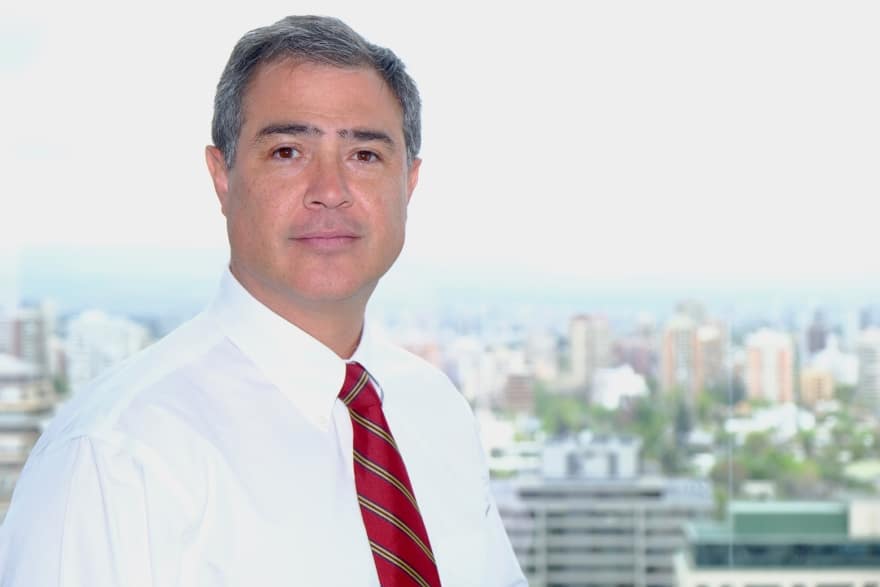 “The more comfortable you are with the people and their customs, the more likely it is that the meetings will go smoothly,” Altikes says.

There’s seldom such a thing as an open-and-shut deal, however. According to Altikes, from the time a potential mine is discovered—a process that can cost tens of millions of dollars—it can take more than 10 or 15 years before the first payload is hauled away.

Not that nothing can be done in the meantime. From approving feasibility studies to securing titles and permits for all facilities associated with the mine, to ensuring the site remains in compliance with all federal and local regulations, there’s no shortage of legal fodder for Altikes to tackle.

“Anyone who’s built their own house understands what a nightmare that is, with the permits and project overruns. Now imagine building a mine,” Altikes says with a laugh. “It took one company I know almost 10 years to get one permit. Those are the kinds of things we have to deal with.”

But it was the challenge posed by American regulatory regimes that proved the most daunting. Five years after laying the legal groundwork for a massive mining venture, the project—totaling hundreds of millions of dollars of investment— got challenged by U.S. regulators.

For foreign-born lawyers like Altikes, such circumstances—navigating one of the world’s most confounding and complex regulatory structures—would’ve been reason enough to quit and cut the losses.

Owing to his extensive experience working with American firms, Altikes knew that his only recourse was to immerse himself in the head-spinning legal waters of Washington, D.C.

In time, he started interfacing directly with governmental representatives, using his experience working with American companies in Chile as a guide for how to convey Antofagasta’s commitment to completing the project safely—and with the highest possible environmental standards.

“In the end, it was all about building trust,” Altikes says. “What the process taught us is how important it is to make your company known—to not just tell officials who you are, but what you do and why you deserve that trust.”

It’s an approach Altikes says has been years in the making.  When Antofagasta decided to broaden its international presence, Altikes knew the company had to do more than just find reliable “eyes on the ground.” 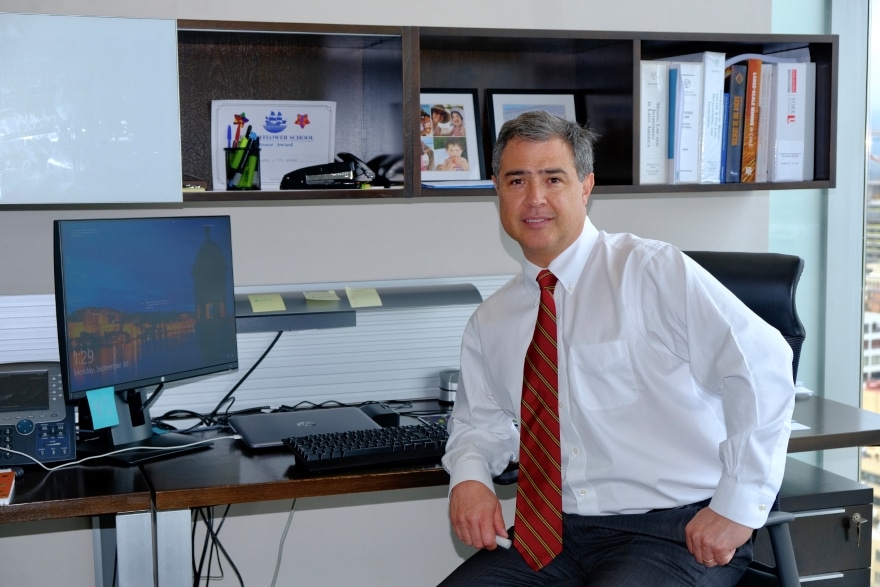 “As with everything, it’s all about assessing risks against opportunities,” Altikes says. “But it’s not only about legal risks. We also have to consider, among others, social, political, economic and environmental risks, any one of which could be the triggering points to decide or not to enter into a specific jurisdiction: All of these things matter.”

Based on their findings, the team finds firms that are best suited to help them understand the nuances of specific laws and regulations—particularly those relating to mineral tenure, investment, taxes, corruption, environmental, etc.

But while the socio-political context is always changing, Altikes says there’s one factor that must always be heeded.

“No matter where you are in the world, the fundamental principle of negotiation is the same: You have to find common ground,” Altikes says. “The need to communicate is universal, even as countries, laws and people change.”

The same can be said for the industry as a whole. In the past, the primary concerns for mining companies were cost and investment returns. Now, the company has to account for all sorts of potential legal issues, from protecting its mineral tenure to ensuring the health and wellbeing of all the communities impacted by the projects.

These days, few issues loom larger for Altikes and his teammate, Kuno Kafka, than environmental compliance: protecting water resources, working closely with local communities to ensure their adequate and timely involvement, and so on.

Antofagasta’s stance is not merely defensive, however. As one of the world’s foremost copper producers—an essential element in creating electric car batteries, solar panels, windmills and more—the company claims to have become an industry leader on the issue of electromovility.

“As a business, we’ve really embraced doing the right thing—in a way that not a lot of companies have,” Altikes says. “When you have that kind of commitment, that kind of culture, you don’t want to lose it.” 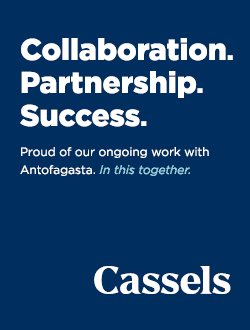 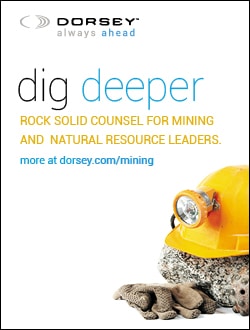