Engineering and law make him a two-fer

Bob Koch—that’s Koch as in Cook, not Coke—never lacked for intellectual curiosity, and he had the resume to prove it, when Rudolph Technologies Inc. was looking for a general counsel in the spring of 2003.

It wasn’t just legal acumen that Rudolph wanted; someone also well-versed in business would have an edge. Even more so if that man or woman had more than just a passing understanding of technology; Rudolph’s niche being providing process characterization equipment and software for semiconductor, data storage, flat panel display and micro-electro-mechanical system (MEMS) manufacturing. 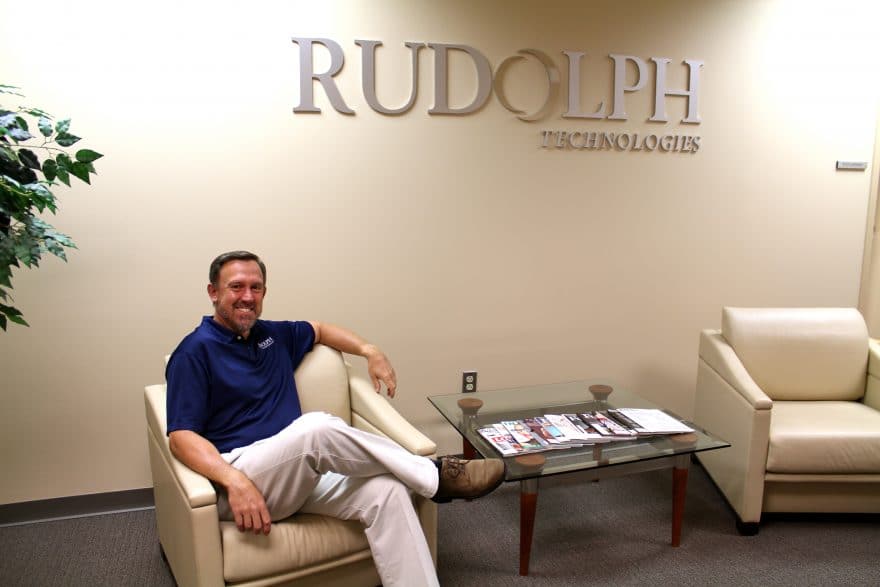 All the better if the new hire could converse on level ground with the world-class engineers and technicians who researched and developed the increasingly complex product line that had to be protected from competitors as the hi-tech arms race went no-holds-barred.

Such criteria certainly thinned out the number of prospects. Few, if any, could match up to Koch, who brought to the job not just a law degree from Rutgers University, but a BS in chemical engineering and an MS in biomedical engineering from the esteemed school in New Brunswick, New Jersey. Then there were the 17 years of Koch performing well at another company just a short drive away.

Fourteen years later, the 55-year-old Koch remains at Rudolph as vice president and heads up a three-person in-house legal team, oversees the management of the company’s human resources department and retains a young man’s on-the-job enthusiasm.

“Engineering and law, it’s complementary,” Koch says, just before a long Memorial Day weekend in which he hoped to get in some golf, gardening and family time at his Montville, New Jersey, home. “It enables you to participate with confidence in this relatively new and rapidly growing semiconductor industry. I feel it has helped me to contribute in a meaningful way to our team.”

His impressive scientific background notwithstanding, Koch can’t help but marvel at all the progress that has followed his days in the Rutgers labs. Those microchips are getting smaller and smaller while packing more and more data. There’s no telling what tomorrow holds, but he assures that Rudolph will be at the forefront.

And it’s not just the evolving patent laws that Koch must keep abreast of; he’s reading technical journals, as well. Eternal vigilance seems part of his job description. 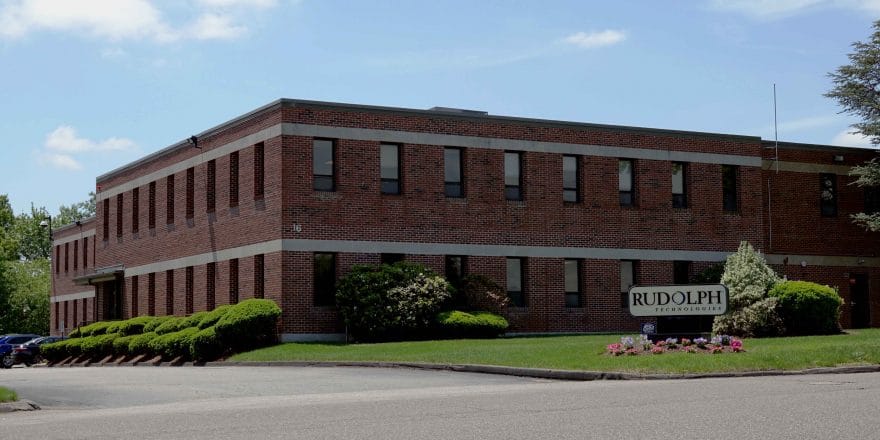 Just this past December, a federal court of appeals gave Rudolph a partial victory in a long-running patent litigation against Israeli-based Camtek Ltd. In December 2011, Rudolph had asserted that Camtek’s Condor and Gannet inspection systems infringe upon Rudolph’s patented technology. The court reversed the U.S. Patent and Trademark Office’s rejection of several Rudolph claims, a decision that Koch says will solidify Rudolph’s claim for damages in this case.

Call it the latest battle in what has seemed like an ongoing war between Rudolph and Camtek that dates back to 2005, when Koch was still new to the firm. A company that Rudolph eventually acquired, August Technology Corp. of Bloomington, Minnesota, had sued Camtek, alleging infringement of its microprocessor chip inspection technology. Damages in the millions have been awarded in the initial patent litigation only to be followed by further lawsuits asserting additional infringement. Koch remains confident that Rudolph will continue to prevail.

“Intellectual property is a subject we take very seriously,” he says, and it sounds like a warning to anyone who may not be playing by the patent rules.

The business end of Koch’s duties won’t go neglected either. The semiconductor industry is fast-paced and that necessitates staying a step ahead of the game, one of the many things that make Koch’s work so exciting. The vice presidential role gives him input on the sales and business fronts as well as the legal side, and he weighs in on mergers and acquisitions—nine of which have happened on Koch’s watch.

That includes the 2015 purchase of Massachusetts-based Stella Alliance LLC, which further diversifies the parent’s operations with patented illumination, auto-focus and image acquisition technology that enhances Rudolph’s ability to identify defects that might not be visible with current techniques. Rudolph CEO Michael Plisinski says the technology offers customers a comprehensive and flexible inspection platform that reflects the company’s emphasis on increasing its R&D cadence, while maintaining high standards of quality and usability.

“We’re always looking for opportunities,” Koch says. “We’re trying to grow inorganically as well as organically. Our legal team strives to be a business partner rather than to operate in an ivory tower. We can’t be obstructionists who just say ‘no;’ our goal is to be fully responsive.”

Time was when Koch, like a lot of driven young people, didn’t know just where his intellect would be most satisfied. The son of an agricultural economics professor at Rutgers’ Cook College, Koch says at times he felt like a professional student and for a long time pondered medical school. At any rate, he thrived in courses that would make him most marketable, his impressive degrees finally put to use in a choice position in 1986 with what is now Stryker Orthopaedics. 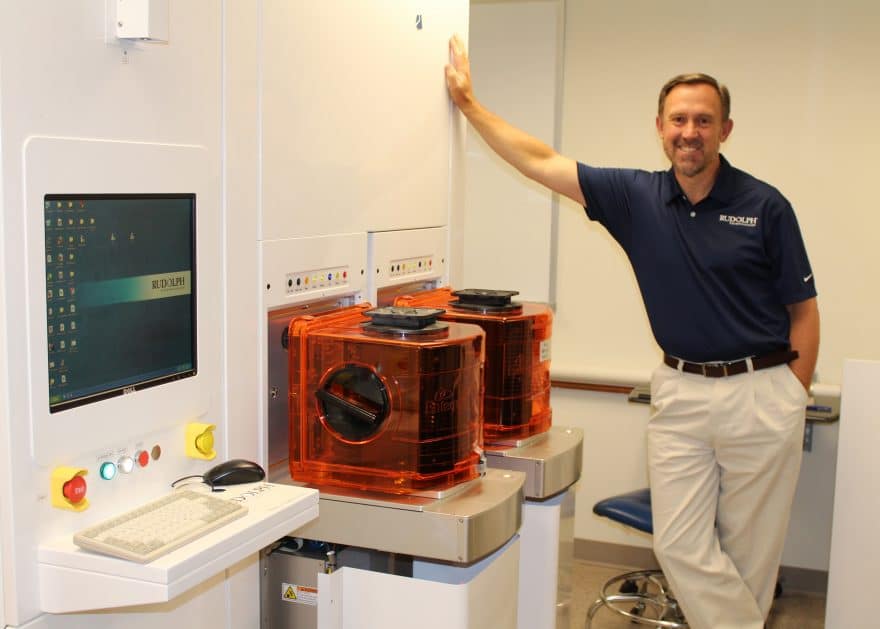 A progressive Fortune 500 company known for its medical technology, Stryker pays for its employees’ professional development, and when Koch took an interest in enrolling in Rutgers’ night law program, his employers must have seen something mutually beneficial. Four years later, when Koch had that juris doctorate degree, more and more responsibilities were placed on his plate.

“They had been outsourcing their legal work,” Koch remembers. “At that point, Stryker had never had a general counsel or dedicated legal staffing.”

As the first such in-house person, Koch was assigned to a company subsidiary. The very nature of Stryker’s operations meant compliance with all kinds of regulations, and Koch—whose initial duties included product clearances and clinical studies—took on additional responsibilities related to contracts, litigation and further growth areas.

Some might have likened it to a battlefield promotion, but to Koch it was more opportunity to prove his worth.

“They had me working with the FDA [Food and Drug Administration] regulations, then expanded it to include such general legal affairs as contract oversight and working with outside counsel on the litigation front,” he says. “And it just grew and grew into working with human resources on employment issues and mergers and acquisitions. I was like a sponge, soaking it all in. It was both fun and challenging.”

And the path toward an even more rewarding gig at Rudolph Technologies. 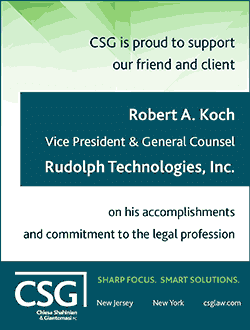 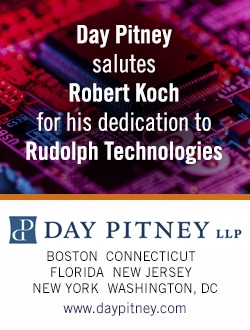 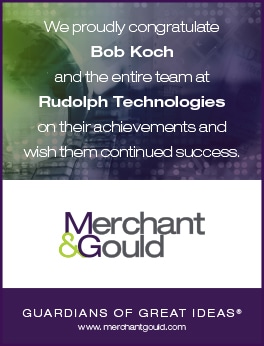