Elevating legal at the speed of technology

Manhattan’s minimalist, all-glass, 978-foot-tall 4 World Trade Center is outstanding in its own right, but for many, the building’s elevators steal the show.

Imagine this: you enter a building, tap your ID card on a turnstile and as it opens, it tells you which of 34 elevators to get in. An algorithm has determined which elevator will take you to your “home floor” most efficiently, and that elevator is waiting to whisk you to one of 72 floors at speeds up to 20 miles per hour; that’s the same vertical speed as an airplane during takeoff. And it’s exactly what the Schindler Elevator Corporation elevators in 4 World Trade Center do. 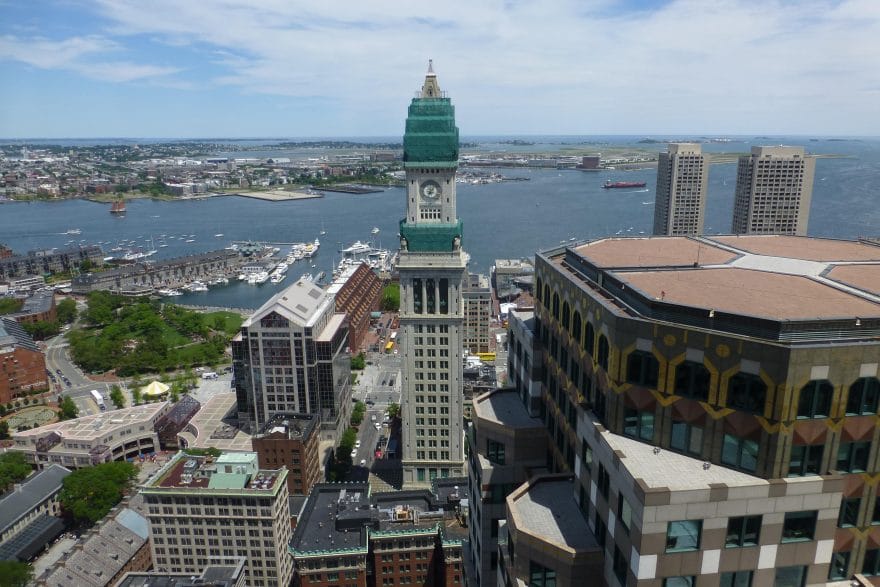 Around the world, Schindler elevators and escalators transport one billion people daily, moving them vertically, diagonally and horizontally, and behind the scenes are people like Deputy General Counsel Stewart Gisser.

Founded in Switzerland 1874, parent company, Schindler Group is among the world’s dominant providers of elevators, escalators and moving sidewalks. The less attention those receive, the better, because it means systems are functioning flawlessly.

While daily commuters might not give much thought to who contributes to the last leg of their commute, Gisser says, “You’ll know you’re in a Schindler elevator [or] on our escalator if it runs smoothly and it’s eye-catching.”

That might call to mind the mechanical aspects, but Gisser says the technology and the use of computers to help innovate and enhance elevators like those in 4 World Trade Center, is “unbelievable,” not only making the running smooth, but also green.

Such claims are supported in 4 World Trade Center.

“We decided to build one of the greenest office buildings in the world, and our vertical transportation is a big part of that,” says Dara McQuillan, chief marketing officer at Silverstein Properties, which developed the tower. “We partnered with Schindler to design an elevator system that was fast and energy efficient.”

As is the trend in all industries, the elevator business is seeing a demand for customization. In the future, certain elevators will only go to certain floors. Buildings will begin to recognize tenant patterns, knowing that when Tenant A gets into the elevator on floor 52 at noon, she wants to go to floor 74, where the cafeteria is. Then she’ll go to floor 12, where the gym is.

All of that technology comes with legal implications, including patent filings, vendor agreements, customer agreements, copyright and trademark protection. Schindler’s seven-attorney U.S. legal team not only has to assure compliance and mitigate risk in these areas, they need to help assure that Schindler can embrace new technology while maintaining strict safety standards.

Raising the bar for safety

Technology has driven new safeguards, too, and that both simplifies and complicates legal operations.

Gisser says moving one billion people daily is daunting. “And it also imbues you with a sense of responsibility that you want them moved safely,” he says. “Safety is our number one priority; is and always has been.”

To the extent Schindler can use technology to improve safety, it does, and Gisser says there are safety switches and fail-safe switches in elevators and escalators that people don’t even know about. 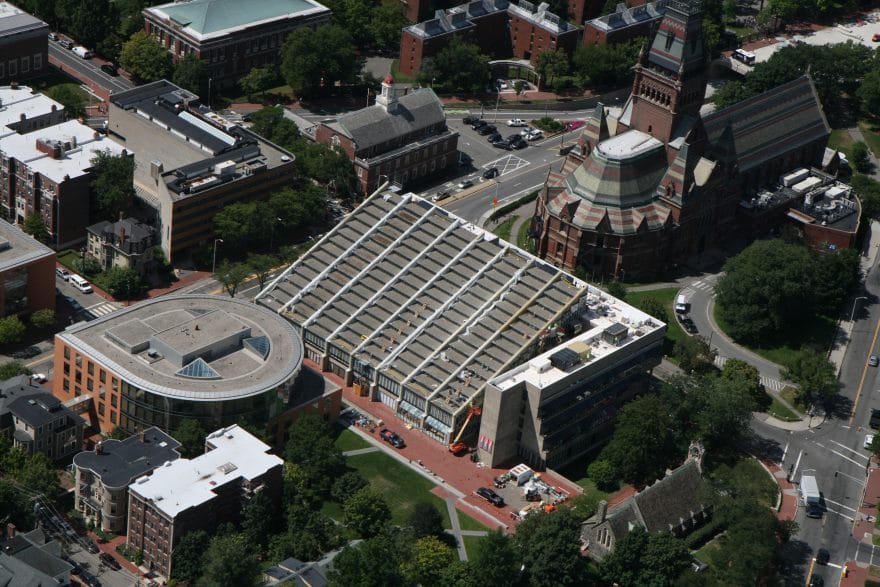 “We go beyond what safety codes require; to the extent we’re able, we exceed safety codes.”

Schindler works to keep its employees, not just its passengers, safe, as well. Safety is paramount in Schindler’s manufacturing and assembly plants, on its construction sites and at its maintenance locations.

Such safety concerns add to the complexity of Gisser’s role.

His most challenging role yet

Prior to joining Schindler, Gisser worked for the U.S. Department of Energy and two law firms. As a litigator, Gisser noticed the in-house counsels whose paths he crossed seemed to really enjoy what they did and the diversity of their practice. That was part of the reason he opted to join Westinghouse Electric Corporation in 1986, and when Schindler acquired Westinghouse’s elevator and escalator business in 1989, Gisser became Schindler’s counsel, then associate general counsel, and is currently the company’s deputy general counsel.

He’s seen it all, so to speak; the law firm, government and in-house counsel sides of law.

“I have found this to be the most challenging and diverse, which is maybe another reason why I stayed,” Gisser says. “Every day you don’t know what’s coming, and for 30 years, I’m still surprised every day.”

On a given day, he’ll have a to-do list ordered A through E but find himself working on item number seven, he jokes. Most days, he arrives in the office around 7 a.m. and leaves around 6:30 p.m., and he’ll also work occasional weekends, when necessary.

“So had I come in-house thinking it was a vacation, I would have been very disappointed,” he says, laughing. “I do enjoy the work. I enjoy my life here, so I’m glad I made the switch.”

Extending a sense of legal

One of the more time-consuming aspects of Gisser’s role pertains to employment. Schindler Group has more than 58,000 employees in more than 100 countries, and in North America, Schindler Elevator Corporation employs over 6,000 people in approximately 200 locations.

As part of an employment initiative, Gisser and another colleague from the legal team joined forces with compliance officers and human resources leaders. They looked at issues that can arise throughout the employment lifecycle, with special emphasis on hirin 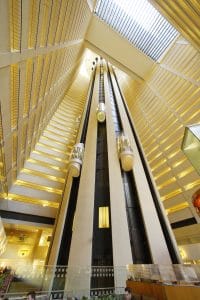 g protocols. This included review of vetting procedures for new hires and the need to determine upfront if there are non-compete agreements or other restrictive covenants that may bind employment candidates.

“We need to make sure all these elements are evaluated and whoever we hire, we hire legally and they’re able to do their job,” Gisser says.

Once employees are on board, Gisser tries to extend a sense of “legal” out to the field and to the business functions he supports.

“Risk management is key,” he says. “If we can get those out there on the front lines thinking more about legal implications with how they acquire customers, deal with suppliers and address employee issues, the better off we are.”

The legal team strives to be proactive, to provide solution-oriented, practical help, and to balance business needs with legal judgment.

For his part, Gisser attempts to connect and build trust throughout the organization, to be reliable and to be responsive—qualities reflected not only in Schindler’s elevators and escalators, but in its deputy general counsel as well. 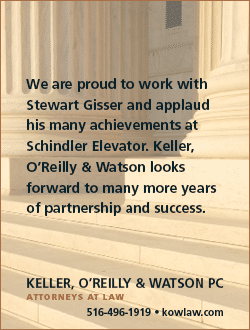 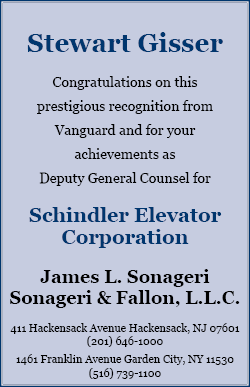 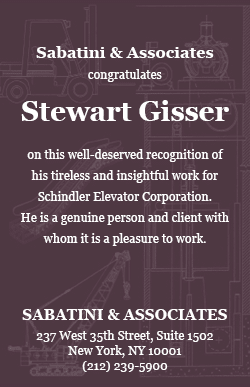 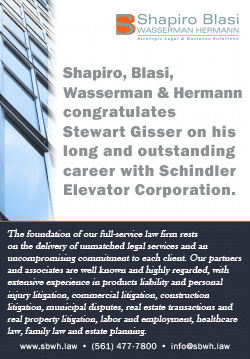