She knows the score when it comes to soccer 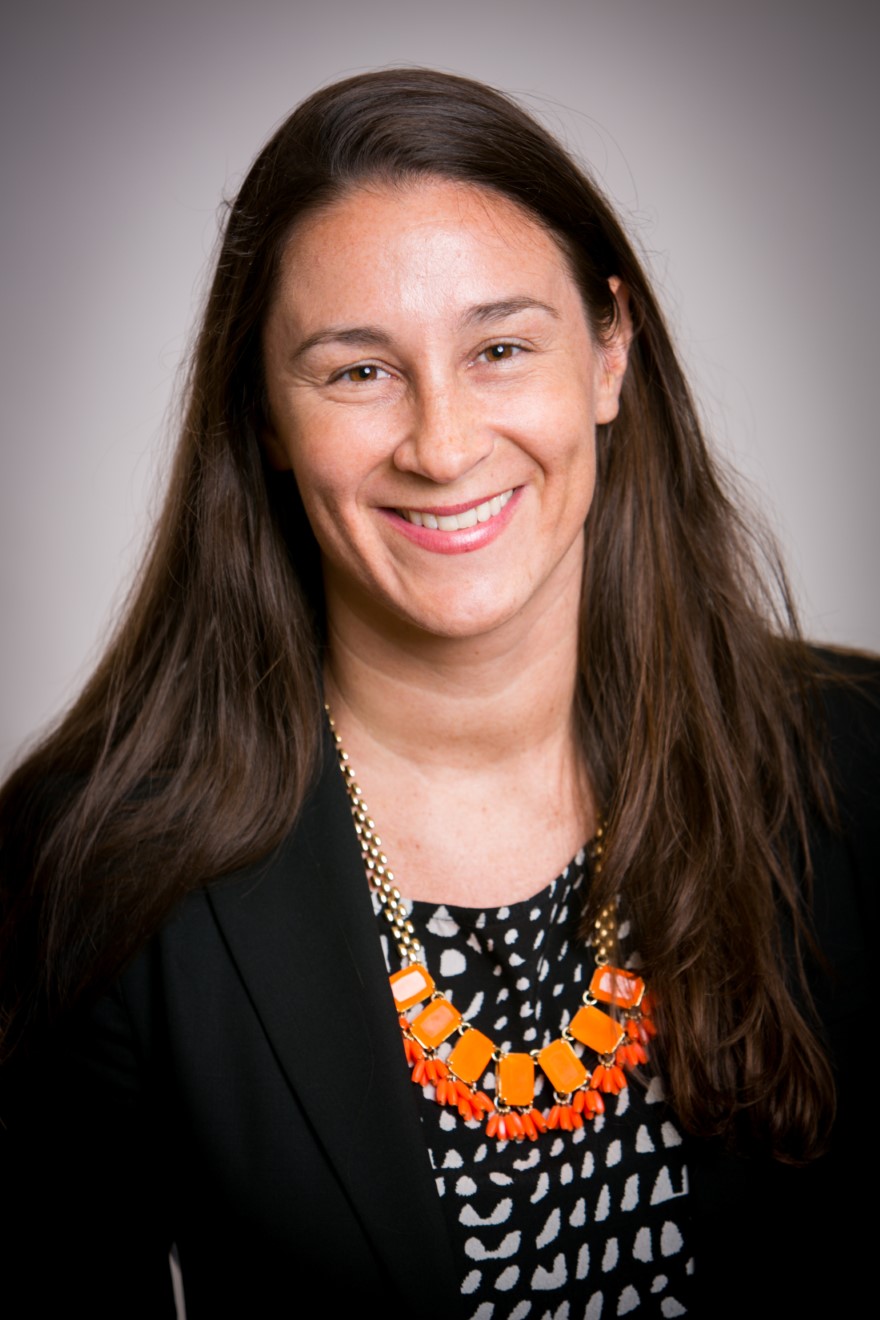 Bend it like Beckham? Susie Fiore seems to be following the example of that former British “futboller” David Beckham who had a way of curling the ball past a wall of defenders.

Got to be a game-changer, she says, whether it’s on the field or in the office.

A serious soccer player during her youth and a casual player now, Fiore has ascended to executive vice president and general counsel of Relevent Sports Group, a New York City-based outfit fronted by Miami Dolphins owner Stephen Ross. Only RSG is about futbol, not football, and it’s done much to promote the world’s most popular game in the country where, at least until recently, it’s been least embraced.

Pre-COVID-19, how the stars seemed aligned for soccer’s continued growth on these shores.

In 2013, RSG hosted its first International Champions Cup, a summer tournament featuring the top men’s European clubs. Over the years, the ICC matches have drawn sellout crowds, including the largest attended soccer match in U.S. history (Real Madrid vs. Manchester United drawing 109,318 fans) and the first El Clásico held on this side of The Pond. ICC matches now are played in North America and Asia and are broadcast in hundreds of countries, including domestically, on ESPN.

Then, in 2018, RSG commenced a joint venture with La Liga, becoming the Spanish league’s U.S. and Canadian marketing arm by selling sponsorships and media rights, managing academies and hosting events. That venture also has its sights on bringing an official La Liga match to U.S. soil – a step toward selling men’s international soccer here, similar to how North American sports leagues have exported games to foreign countries. 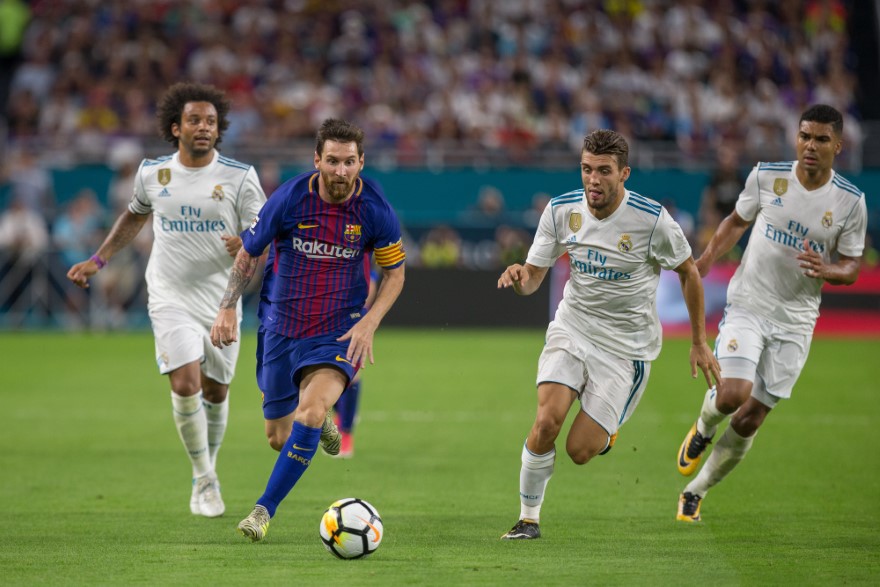 Also in 2018, the ICC expanded to include women’s and youth tournaments, with Fiore now head organizer for the former. One year later the sport got another boost when the U.S. women’s national team won its fourth FIFA World Cup, the feat celebrated with a ticker tape parade down Broadway.

Game on, or so it seemed until a pandemic spelled delay of game with no ICC tournaments in 2020 and not much of anything on the field.

But much taking place off the field, with Fiore leading endeavors that transcend the usual responsibilities of an in-house legal boss. Can’t let the momentum wane, she emphasizes during an October interview with Vanguard.

“It’s forced us to get creative,” the personable Fiore says. “While organizing events is our bread and butter, we’ve learned that we need to do more. We’ve doubled down on our content strategy with original digital shows and a documentary airing on ESPN-plus.”

Noting that the most famous U.S. soccer team is the one that won the 2019 FIFA World Cup, Fiore intends for RSG to continue capitalizing on the growing popularity of the women’s game. 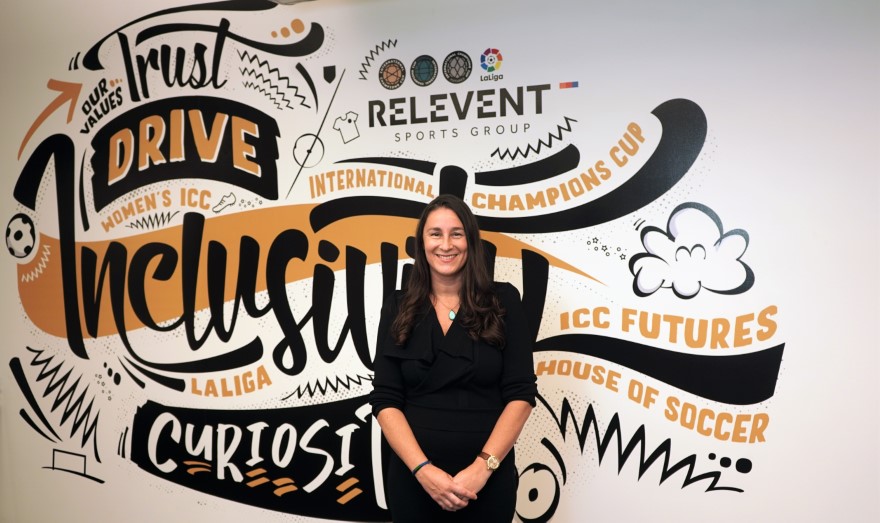 Just recently, she helped launch the WICC Best XI, the newest addition to RSG’s growing WICC platform and a way to demonstrate its continued commitment to the women’s game.  Each year the Best XI will recognize 11 people—women and men—who have done the most to advance the women’s game.

The 11 are selected by an advisory board of seven international soccer and sports icons who Fiore notes could each be a member of the Best XI in her or his own right. In December, the inaugural class of honorees will be announced, each accompanied with a video, which will be distributed on RSG’s channels as well as third party platforms. Ally Bank recently signed on as presenting partner of the Best XI.

“The numbers bear us out,” she says. “Sponsors are realizing that it is a smart business decision to support the women’s game and are stepping up. The popularity of women’s professional soccer is increasing as fans aren’t satisfied waiting to watch their heroes only once every four years.”

But soccer’s growing popularity has given rise to some unpleasant matters that have immersed Fiore and a team of outside counsel.

RSG’s initial attempts to host a league match were blocked by the U.S. Soccer Federation, which wants Major League Soccer games to remain the only official games to be played in the U.S. RSG isn’t giving up, however—it’s filed an antitrust lawsuit against USSF, which is still in its early stages. 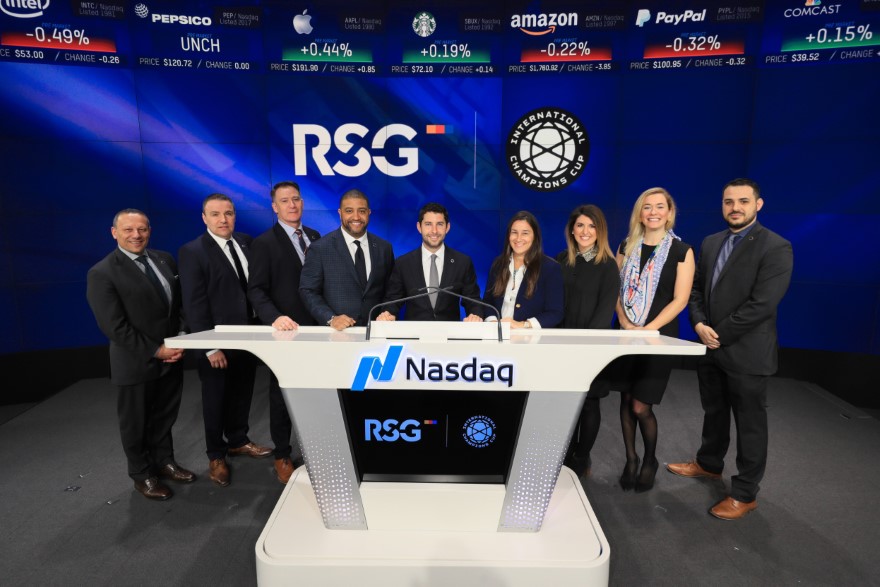 RSG is represented by famed sports lawyer, Jeffrey Kessler, a partner at Winston & Strawn. The Department of Justice has also shown an interest in the case, sending warning letters to both USSF and FIFA, noting that restricting the territories in which clubs can play league games may violate U.S. antitrust laws.

A world of experience

Fiore played soccer, basketball, and lacrosse while growing up on Long Island. While she was recruited by some Division 1 colleges for soccer and others for lacrosse, she opted for the latter at Harvard University. She graduated in 2001 with credentials in environmental science and public policy as well as her varsity letters. 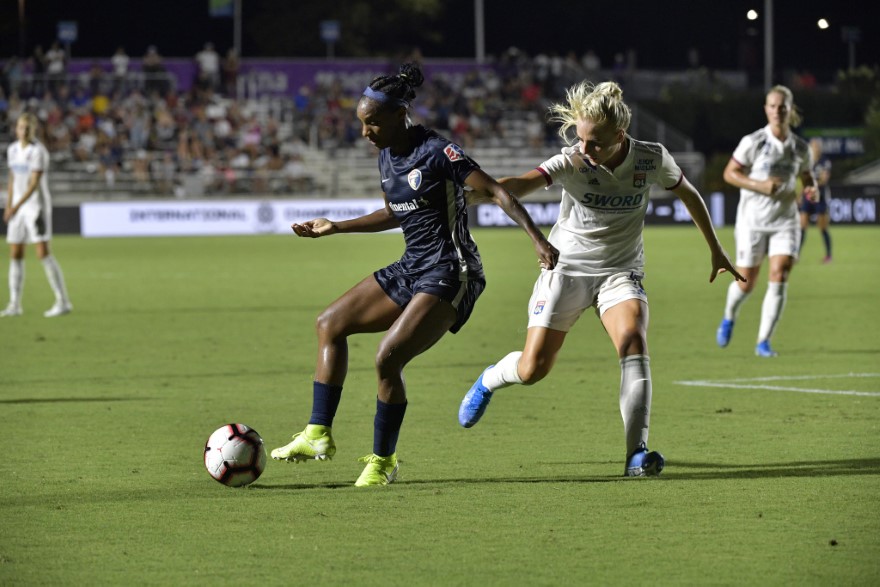 Post law school, she’d cut her legal teeth for nearly six years as a private funds associate with Weil, Gotshal & Manges, during which she spent 16 months in Japan as an adviser to Panasonic. The in-house role appealed to her and she looked for such an opportunity upon returning to New York.

She found it with Major League Soccer, where Fiore served as legal counsel from 2013-15. This was her first foray into sports law. In 2015, she was approached by a recruiter for the senior corporate counsel position at RSG, a startup that had been launched a couple years earlier and a position that was described as 75 percent soccer and 25 percent private equity.

“I wasn’t looking to leave MLS, but I figured I had to at least interview for the position because it perfectly matched my professional background,” she says. “The role at RSG has turned out to be a perfect merger of my two passions – soccer and learning about international cultures.”

She was promoted to general counsel one year later and in 2018 had the title of executive vice president added to her letterhead. And in 2020, she added a non-legal role to her resume—leading RSG’s women’s platform. 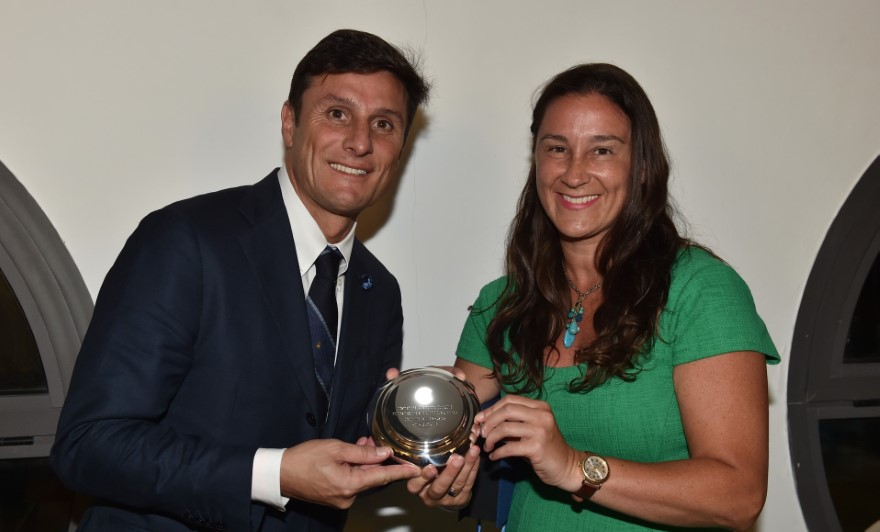 Soccer remains the world’s most popular game and in some parts of the U.S., it’s overtaken other sports in terms of fan interest. Though Fiore, now 41, hasn’t picked up a lacrosse stick since college, she still plays soccer once a week and commits her professional life to the game’s promotion.

So, she’s asked, might the day come when she’ll be recognized as one of the WICC Best XI?

“I’m not sure I’d go that far!” Fiore responds. “But I’ll do all I can to promote the game, especially for women.” 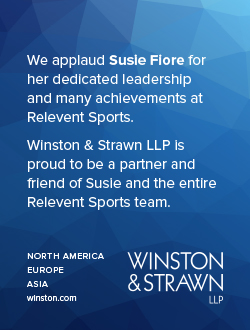