The fast casual restaurant and café chains were struggling when the Rohan Group of Companies acquired them during the pandemic that shuttered eateries of all brands. Attorney Valentino DiGiorgio having aided Rohan boss Jignesh “Jay” Pandya in buying the chains, he’s now expanding his focus to business operations in his new position.

“Interesting times for the restaurant industry,” says DiGiorgio, who became general counsel for Rohan Group in August 2019 after years of advising Pandya in many business matters. “But if you can manage your way through the storm, you can come out of it standing tall.” 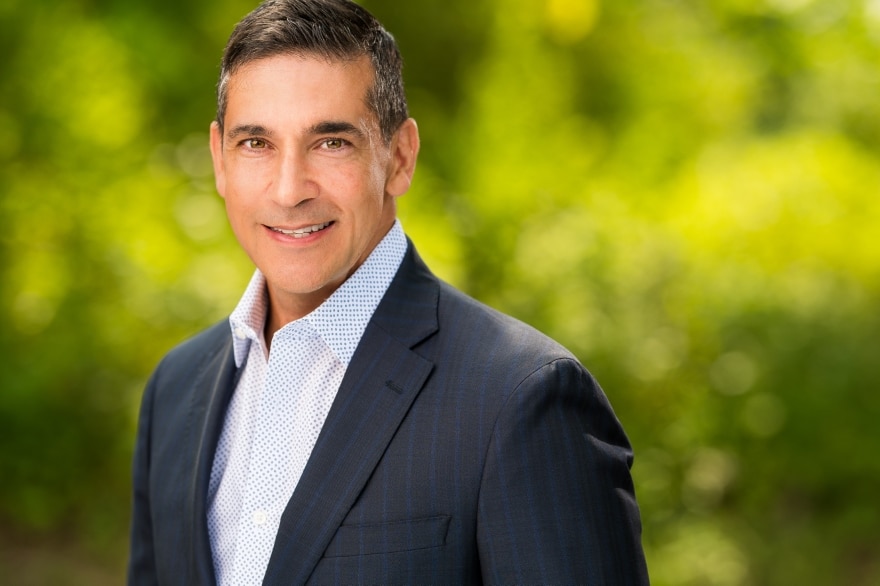 Both chains are much more upright today than they were a year ago and are focused on expansion. Boston Market is refurbishing its restaurants and expanding its menu to appeal to a younger demographic.

But with growth come challenges. A significant number of front-line employees left the restaurant industry for reasons that might include generous government relief programs and a general skittishness about COVID-19, DiGiorgio goes on to say, and they haven’t come back.  Additionally, supply chain issues have made acquiring equipment for new stores challenging.

DiGiorgio and Pandya expect the 326 Boston Markets in 32 states to reach at least 350 by year’s end. They also plan to double the 170 or so Corner Bakery Café outlets in 23 states, most in the Midwest and Texas, adding new stores, many in Northeastern states.

He’ll continue to have a prominent role in that area.

Much on his plate

The Rohan Group having acquired Boston Market from Sun Capital Partners in April 2020, DiGiorgio and his team spent much of the rest of the year contacting landlords and vendors and renegotiating deals. Most stakeholders empathized with the company’s plight and were willing to compromise.

While takeout sales increased, it wasn’t by a large enough margin to offset loss of dining revenue, DiGiorgio says. By signing deals with third-party deliverers, introducing a new line of sandwiches and bowls and cutting costs, Boston Market has more than just stayed afloat.

“I’m happy to say that Boston Market’s sales are now back to pre-pandemic levels,” DiGiorgio tells Vanguard in July. “COVID couldn’t close Boston Market. Too many people love the brand.” 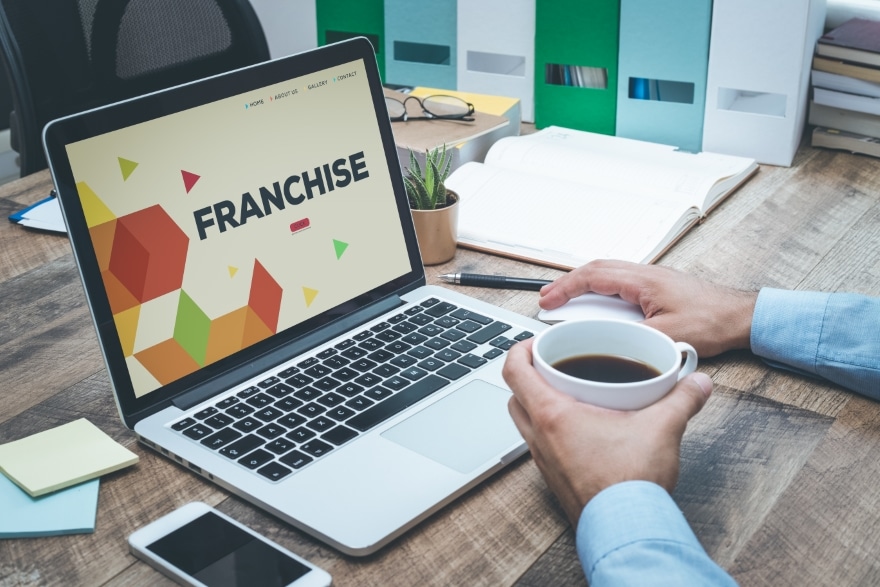 Neither will the pandemic close Corner Bakery Café, though this brand faces additional challenges, he explains. A Dallas-based chain that specializes in pastries, bread, breakfasts, gourmet sandwiches, soups, salads and pasta, its revenues have declined with its staple clientele, the businessperson, now working remotely.

Pandya having learned that the chain might be interested in selling, he told DiGiorgio to finalize purchase papers last October.

Corner Bakery Café having around 170 stores and active in 23 states and Washington, D.C., DiGiorgio shares Pandya’s optimism of a turnaround that could include another 100 or so cafes in the next year. It’s on the right track, he says, with new Northeast stores, rebounding sales and an expanded menu.

“The plan is to monitor what behaviors our customers revert back to,” DiGiorgio says. “We will have to expand our delivery offerings as well as our hours and products. And the more coffee choices you can offer, the better.”

If anyone can mastermind such a twin turnaround, DiGiorgio reckons its Pandya.

An Indian-born real estate investor, the 45-year-old he’s been a restaurant franchisee for over 20 years, with dozens of Arby’s, Checkers and Dunkin’ Donuts outlets in his portfolio. He’s also owned Pizza Hut restaurants, some of which he tried to convert to HNT Chicken outlets, but COVID-19 has moved that initiative to the backburner. Boston Market and Corner Bakery Café still give Pandya much to do. 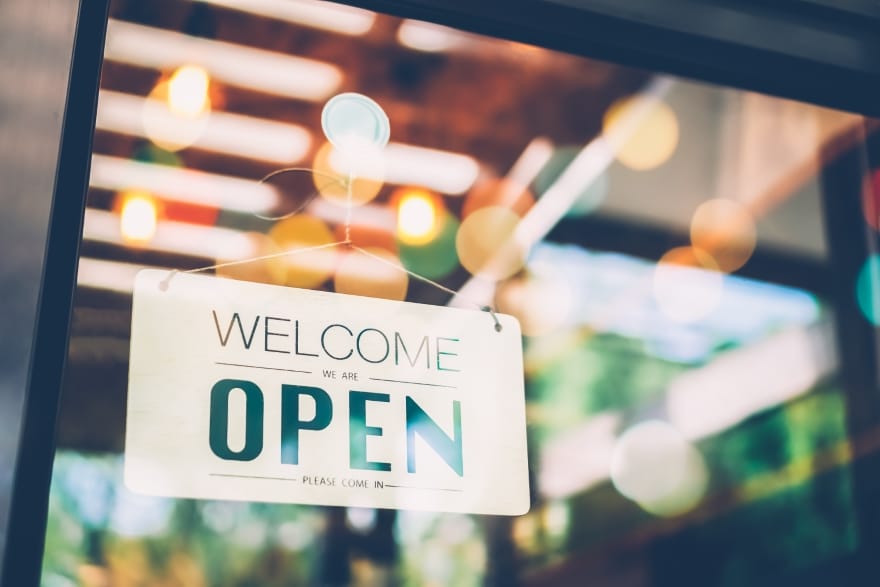 So DiGiorgio will lighten the boss’s load. Long before he joined Rohan Group, DiGiorgio counseled Pandya and became familiar with the chain restaurant business, making it easy for him to go in-house after years of practicing with Philadelphia law firm Stradley Ronon.

“At the large firms, you’re often pigeon-holed and exposed to two or three areas,” says the now 53-year-old Villanova University School of Law graduate. “As general counsel … I am also spending as much as one-quarter of my time on the business in general, which is a lot more fun.”

He’s optimistic the most critical challenges have been answered through him having negotiated revisions in around 500 leases for individual sites. He also was instrumental in the COVID-19 response, which included ensuring safety and compliance protocols were in place at each Boston Market and Corner Bakery Café.

Better times seemingly ahead, he’s excited how each brand can leverage the other’s strengths. Corner Bakery Café and Boston Market can share resources, and there should be opportunity to co-locate the two restaurants along with Rohan’s other brands.

Interesting times indeed, as DiGiorgio says. Maybe even without so much turbulence.

“Every day here is an adventure,” DiGiorgio says. “Jay’s always coming up with new ideas. Some pan out and some don’t, but in the end, he’ll be very successful with these brands. I know it.” 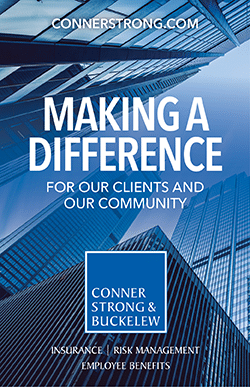 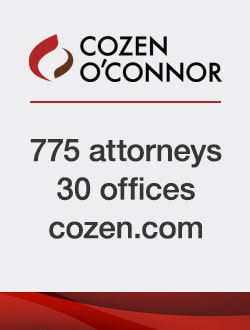 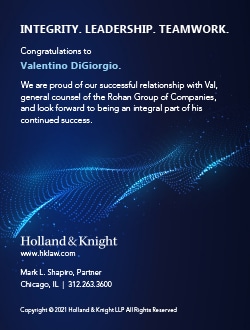