Pulling a barbecue chain out of the fire

The most stressful 48 hours of Michael Medved’s professional life have given way to growth pains. Not only has his employer, Minnetonka, Minnesota-headquartered BBQ Holdings, survived the pandemic that shuttered so many competing eateries, its revenues have grown, its stock value has quadrupled, and its portfolio has expanded.

But it easily could have gone the other way, Medved tells Vanguard in July, recalling how on March 16, 2020, he huddled with the rest of the executive team for a couple days, to decide what to do with COVID-related shutdowns. It didn’t look good for the national restaurant company that had endured multiple management shakeups prior to new CEO Jeff Crivello bringing it stability in late 2017. 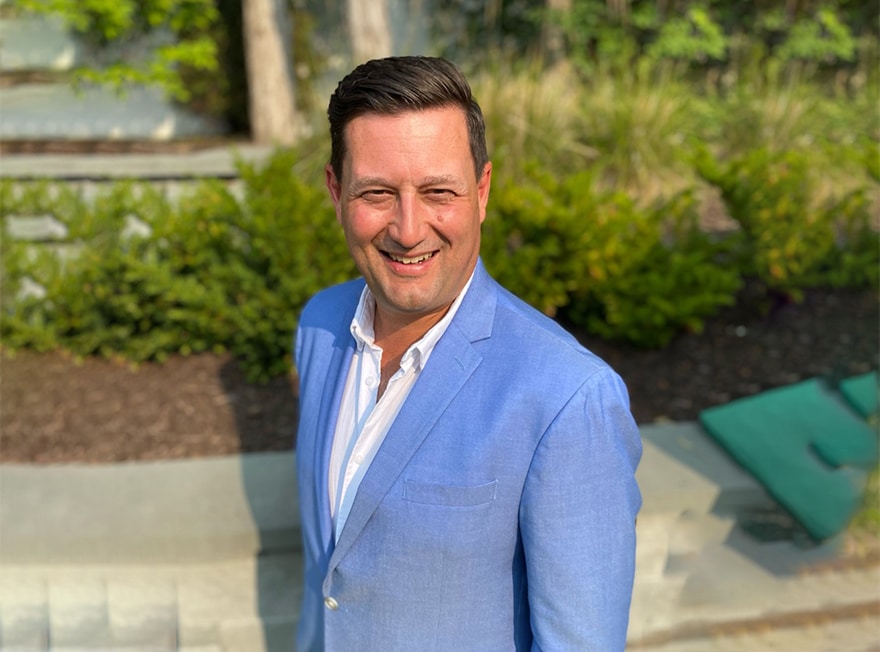 “During those two days I didn’t know if we’d survive as a business or if I’d even have a job,” recalls Medved, a veteran restaurant industry lawyer whom Crivello had hired as corporate counsel. “But we’ve had a renaissance.”

Medved can take his share of credit, his initial responsibilities including safety protocols, compliance with regulations of over 30 jurisdictions and the reworking of dozens of leases for the company’s four brands: Famous Dave’s, Clark Crew BBQ, Granite City Brewery and Chicago’s Original Real Urban Barbecue.

He was pleasantly surprised to find most landlords empathetic about the parent company’s plight, and being amendable to deferral or abatement agreements, or percentage reimbursements. Many of the restaurants having been fashioned with the realistic expectation of $2 million to $5 million in gross sales per location were only likely to bring in half of that during COVID-19.

“We didn’t want to go into the dark and neither did the landlords,” he says. “We also assisted the franchise owners. That’s one of the benefits of the franchise system: our ability to give best practices. We’ve come out of it a much stronger operation.”

In July, BBQ Holdings will acquire two more family-friendly but distressed casual dining chains, Village Inn and Bakers Square. Medved being the sounding board for acquisitions, he says each should complement rather than compete against the company’s four barbecue-and-brew brands.

“We’re looking at vertical integration of our business where we control our own supply chain,” he says. “We’re starting to kick the tires on something like that.”

Still a one-man legal team, Medved negotiated the purchase agreements to get the two chains and notes that human resources, which he also oversees, will increase to 4,000 employees with the addition of 1,200 Village Inn and Bakers Square employees.

The franchise disclosure document for Village Inn—a legal document presented to prospective buyers of franchises in the pre-sale disclosure process—will need his fine-tuning, and there’ll be more intellectual property to protect with the new trademarks and menu items.

And opportunities to leverage one operation to the benefit of another, Medved is quick to say. Pies, for example, are an ideal way to top off a barbecued meal, and Bakers Square carries a variety of such treats as well as cheesecake and carrot cake. Those pies may also be available at select retailers by year’s end.

The more brands under the BBQ Holdings umbrella, the more opportunity to capitalize on so-called ghost kitchens, in which meals for one chain are prepared for delivery in a different restaurant, Medved adds. Prior to COVID-19, the most popular chain—Famous Dave’s—was already doing 52 percent of its business through takeout. The pandemic likely to have changed consumer habits for the long term, Medved says Famous Dave’s should continue prospering wherever its meats are smoked and grilled. 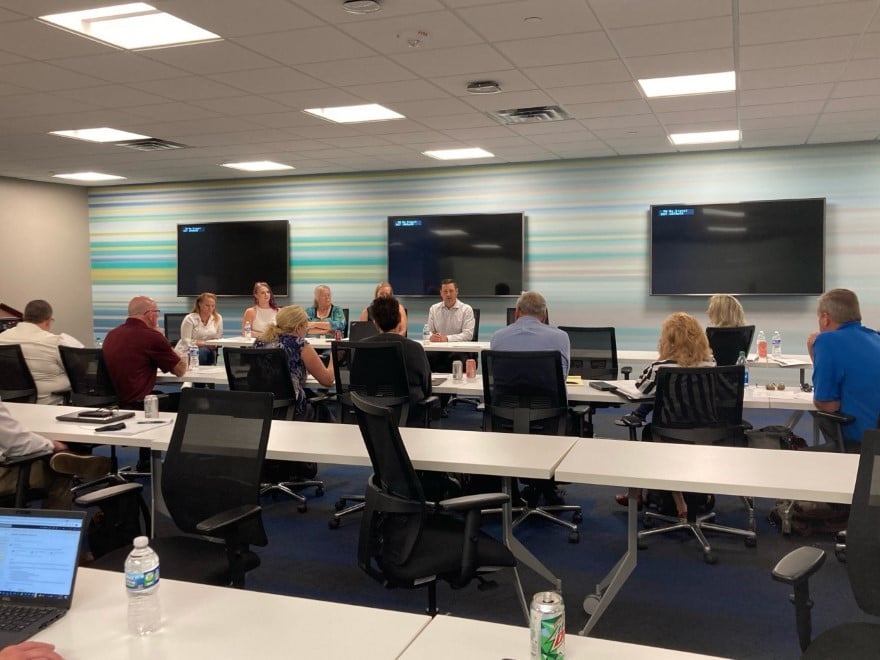 The takeout model also has BBQ Holdings targeting drive-thru and 3,000-square-foot facilities as prospective sites rather than those twice that size with more dining space. And just as the company’s marketing prowess appealed to a young clientele with the barbecue joints, Medved says it’ll breathe life into Village Inn and Bakers Square, each of which is due for a refresh.

More on his plate

“Our goal is to continue growing whether it’s by organic means, by corporate or franchised locations or by acquiring more brands,” Medved says. “Growth is the name of our game, and it’s been an exciting and exhilarating last three years.”

That may be an understatement, with the company acquiring at deep discount Granite City Brewery’s assets and Real Urban BBQ at COVID-19’s onset in March 2020. With business back at pre-pandemic levels, Crivello’s optimistic that BBQ Holdings is indeed a growth company.

Medved came into it well prepared, honing his financial acumen during his 18 years at Wells Fargo and attending the Mitchell Hamline School of Law from 2002 to 2006. Among his duties was helping Buffalo Wild Wings buy back its stores back from franchisees. Eventually he joined the law department as its international contracts manager from 2016 to 2018. When Inspire Brands acquired the company, he stayed for six months as its international counsel and then jumped to BBQ Holdings in August 2018.

Recent prosperity notwithstanding, he notes that BBQ Holdings isn’t immune from issues that face the restaurant industry. Staffing is a challenge as for whatever reason, restaurant workers everywhere are slow to return to the job. Equipment and raw materials can be slow to arrive where restaurants are being built or renovated.

But the executive team no longer is mulling whether its business model is sustainable. That question was put to rest in March 2020.

“We’re getting inquiries daily to grow through our franchise system,” says the married stepfather of two. “I’m blessed to be here. It’s really afforded me the opportunity to grow as an attorney.” 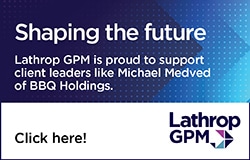