Serving up employee and guest comfort during a pandemic

In May 2019, Cherise Latortue accepted her first in-house counsel role at the Flynn Restaurant Group, a franchisee whose properties include well-recognized brands like Arby’s, Taco Bell, Pizza Hut, Wendy’s, Applebee’s and Panera Bread.

While it’s been a drastic change from working at law firms for nearly a decade, Latortue says she’s enjoyed plying her experience in litigation and labor laws to a company that, by 2019, had over 1,000 locations nationwide and nearly 50,000 employees. 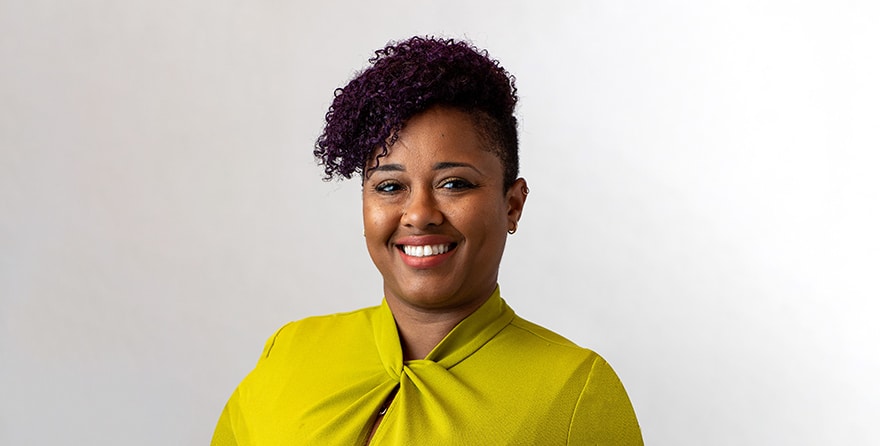 Still, 2020 tested her mettle. With the arrival of the COVID-19 pandemic, she and a lean team of attorneys had to address things like sick leave, paid time off and unemployment benefits in an industry especially hard hit.

“With labor shortages and health concerns across the nation, particularly in the restaurant industry, everyone had to become well versed in employment law,” Latortue recalls. “In our department, only two had experience with labor laws, and even our general counsel had to work quickly to get up-to-speed.”

Like other restaurant groups, FRG was responding to COVID-19 and its impact. At the top of the list was determining if employees could leverage paid sick leave alongside unemployment and other paid benefits for COVID-related matters. Since the federal government hadn’t issued specific regulations, each state and, in some cases, individual counties and municipalities, were forced to create their own.

“With locations and employees across more than 31 states, this was a daunting task,” says Latortue of complying with the kaleidoscope of regulations.

The legal department also ensured compliance with existing regulations, including the U.S Department of Labor’s Worker Adjustment and Retraining Notification Act, which requires employers to give employees advanced notice in instances of qualified closings or mass layoffs. The department focused on employment benefits during “this unfortunate period,” Latortue says. 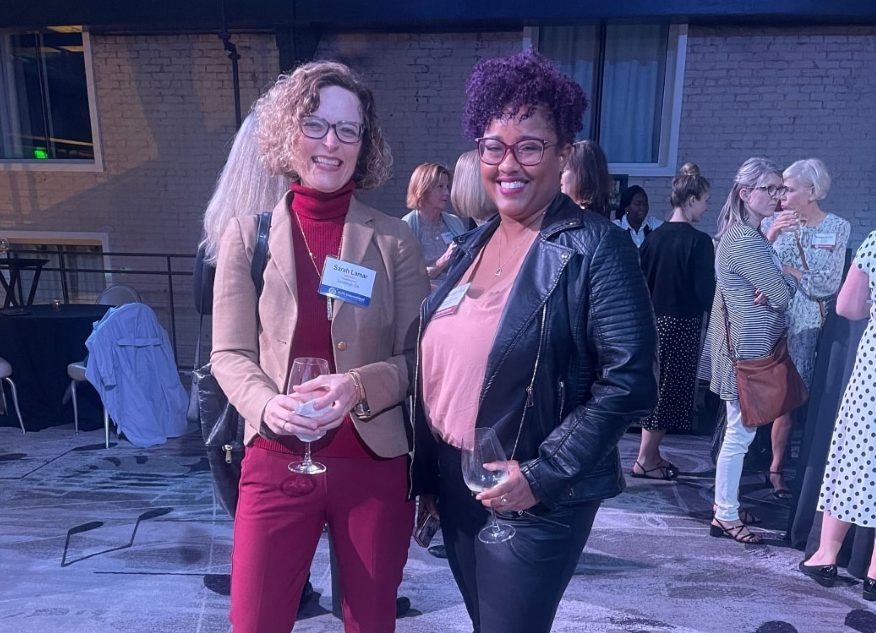 In March 2020, when many workers were first sent home, Latortue and her team worked with the human resources department and unemployment team to create a 50-state survey. This would become a compilation of key labor laws, WARN federal statutes, paid sick leave charts, state Occupational Safety and Health Administration mandates, executive stay-at-home orders and various other mandates.

“While most national firms have a similar survey, we needed to create one from scratch, specific to COVID-19 as nothing for that existed at that time,” Latortue explains.

An appetite for growth

Latortue and the one other employment attorney oversaw these efforts until May 2020, when she left FRG for maternity leave. Even during her hiatus, Latortue says she checked in with the legal and HR teams.

When she returned in September 2020, the surveys were nearly completed and she’d been promoted to associate general counsel of employment. She helped update the surveys, as many states had augmented—and in some cases extended—their existing COVID-related sick-leave laws.

“These surveys were imperative in helping us, HR and the company answer questions from employees and consumers and make quick decisions,” she says. “It also helped the company know exactly where to deploy masks, test kits and cleaning supplies.” 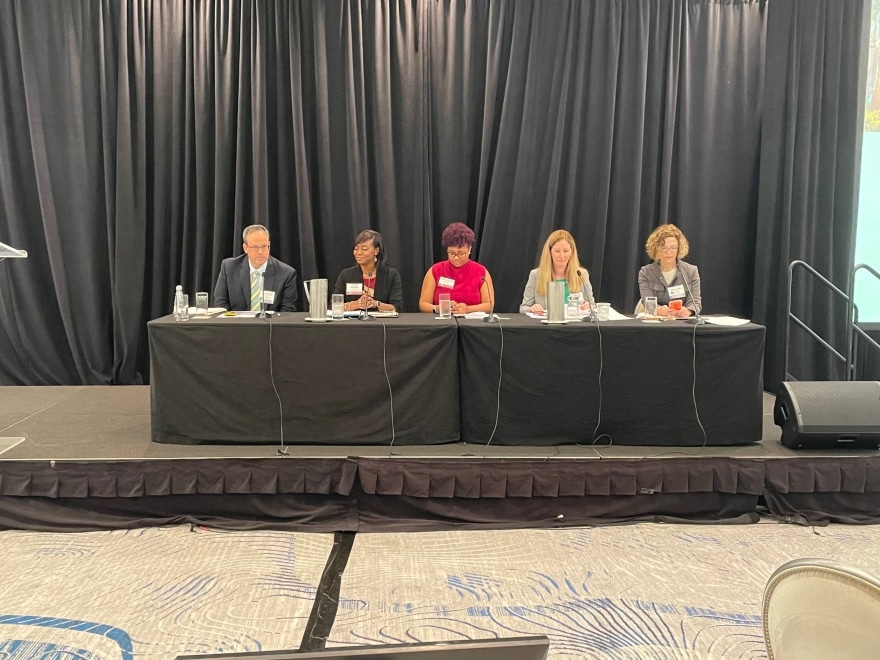 This came in handy the following year, when Flynn Restaurant Group expanded into new states, increasing its locations to over 2,300 restaurants with over 73,000 employees. Latortue helped create the hiring and onboarding policies so the company could bring on over 40,000 employees in a short period of time.

Working with the information technology, payroll and compliance teams, she made sure that when the legal team adjusted policies for each county, state or region, employees could see the revisions in the online human resources portal.

“FRG’s legal team is lean but strong and resilient,” she says. “So much so that we all became employment law experts overnight, and I was still able to step back to focus on my family with our newborn.”

From an early age, Latortue wanted to help others by becoming an attorney—while also lending her voice to make the profession more diverse.

Despite wanting to be a lawyer, “Achieving this in the Caribbean meant navigating a hybrid British-Caribbean legal system, which I didn’t know how to do,” she says of growing up in Trinidad and Tobago.

She got her chance when she attended New York University as an international student. There, she earned a bachelor’s degree in French linguistics. In 2010, she graduated from the USC Gould School of Law, where she was first the moot court director then western region chair of the National Black Law Students Association. 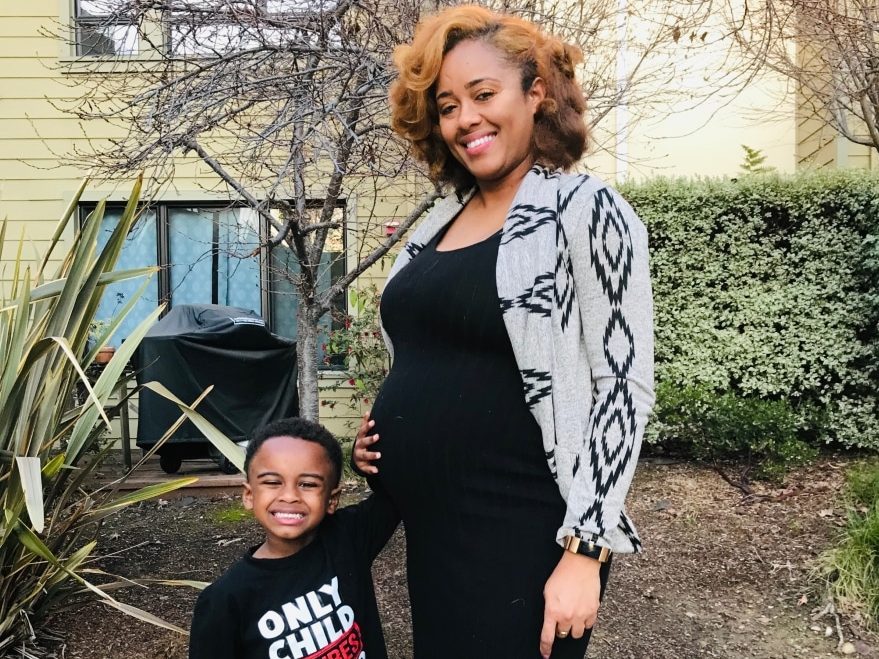 Since January 2022, she’s been a part-time law lecturer at her alma mater. From 2019 to 2021, she also served on the ambassador’s council for the California Minority Counsel Program, which brings together diverse lawyers and provides attorneys of color with professional development events and resources. Focused on helping up-and-coming lawyers, in 2014, she became the co-chair of the annual convention committee for the young lawyer’s division of the National Bar Association.

In fact, her passion for supporting others is how she landed at Flynn. In the summer of 2017, she met her current boss (and Flynn’s general counsel), Jaci Lee, while volunteering for CMCP’s conference committee.

“A couple years later, Jaci joined Flynn, then called me to come on board as well,” Latortue recalls. “It was the perfect fit. Flynn’s dedication to increasing DE&I within the legal profession practically guarantees that I daily get to work with the best firms and, more importantly, the best in-house attorneys and quality outside counsel.” 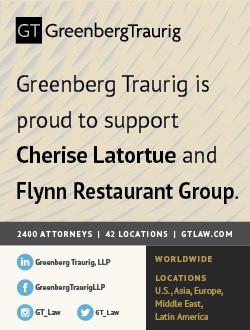 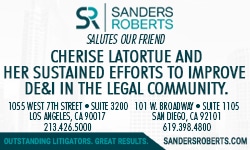