An eye for an IP strategy

The daily duties of an in-house counsel are often described as a game of chess, but what intellectual property (IP) expert William Morris confronts is more like the ancient Chinese board game Go: three times the number of squares, 10 times the tiles and what feel like endless options at every turn.

Between the reams of paperwork and game-theory-level strategy sessions, the world of IP—particularly in the medical industry—is one with little room for false moves. 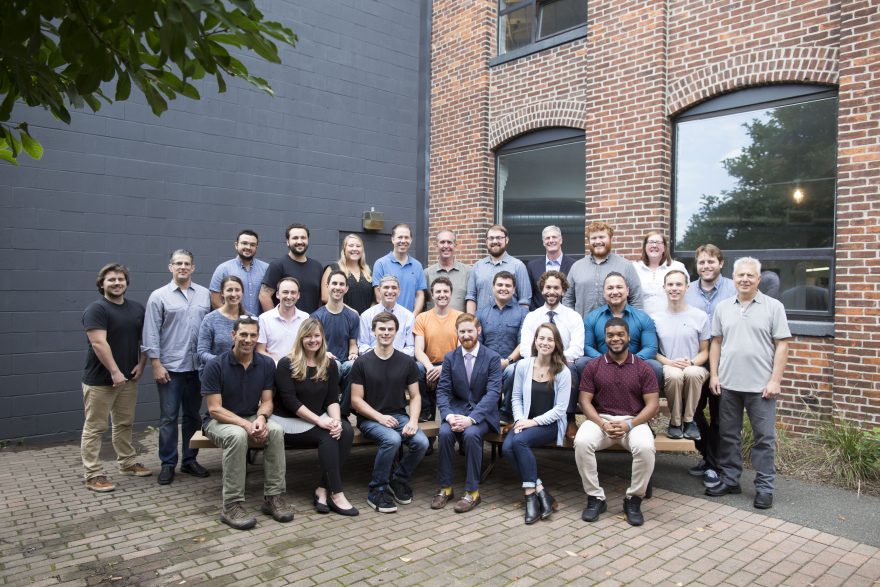 “It can definitely be nerve-racking,” says Morris, in-house counsel for Vicarious Surgical, a company specializing in surgical robotics. “There’s an onus on companies like ours to file IP as regularly and quickly as possible. So not only are you walking this high wire; you’re doing it on the clock.”

Eye for an IP strategy

Four years after its founding, Vicarious Surgical has emerged as a player in the world of medical technology, combining advanced robotics with the industry’s first ever virtual reality surgical camera to create what is potentially a new paradigm of accuracy and efficacy.

Because the 29-year-old Morris has an engineering background, he’s often consulted by the company’s engineers and inventors about a new concept or design—say for a smaller or more durable surgical instrument. 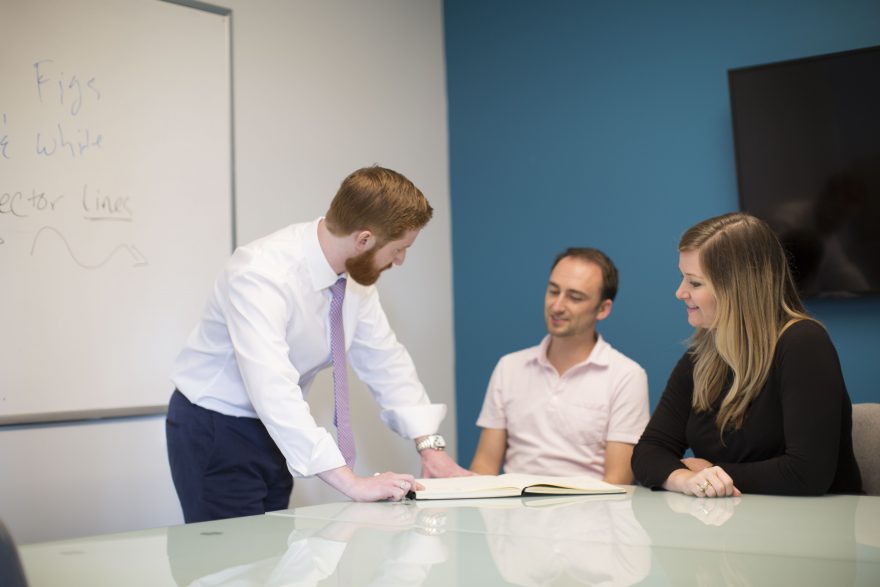 “What I love about the process is how it lets me collaborate with the engineers,” Morris explains. “It forces everyone to think. How can we improve this? If there’s something similar out there, how can we differentiate it? It doesn’t just allow me to tap into the engineering part of my brain; it helps me be a better lawyer.”

If Morris and his colleagues deem the idea worth pursuing, legally as well as economically, the next step involves filing an application with the U.S. Patent and Trademark Office (USPTO) , requiring Morris and his team to posit potential future uses of the technology in an industry that’s changing by the day.

Because many patents build aim to improve on previous inventions, critical pushback from patent offices is all but expected. Here, Morris dons the lawyer’s hat: arguing why Vicarious’ proposed wares are better, novel or fundamentally different, often resulting in amending the protection originally sought.

“At that point, we might have to go back to the inventors and the management team to rethink our strategy,” Morris explains. “In which case you can end up with different protections than you originally anticipated. The whole process is one of give and take.”

To file or not to file?

This is where things get complicated. When Vicarious files for protection, it initially submits what’s known as a provisional application. The company then has one year to file a non-provisional application, which provides further details on the invention—namely, what specifically you’re seeking protection on—to be examined by the patent office. 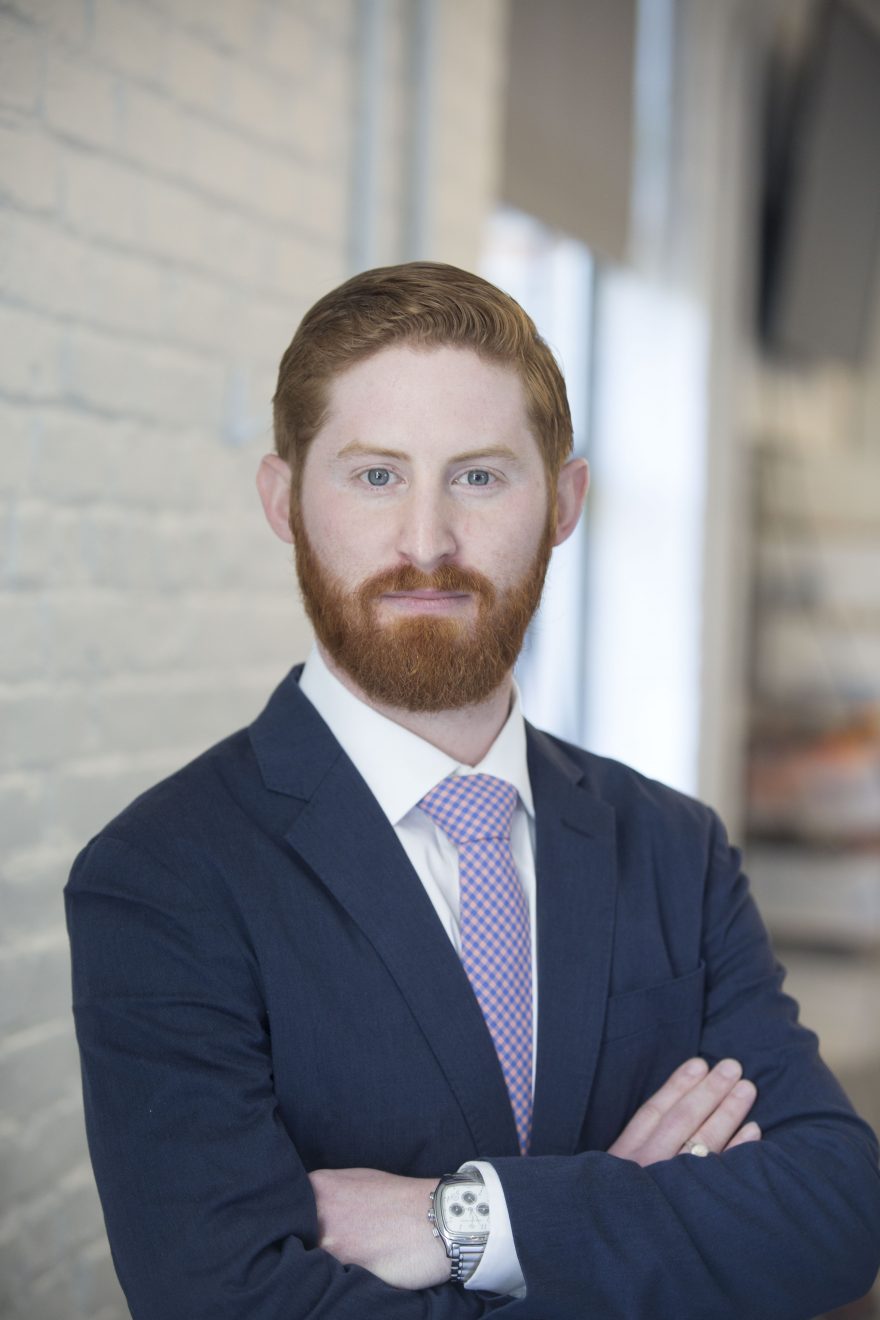 Navigating this industry landscape, staking claims within and outside any potential legal landmines, commands the bulk of Morris’ efforts and energy. At the crux of this duty is what Morris calls a “cost-engineering analysis”: Do they file as many applications as possible, in hopes of securing a space in the field? Or do they take a more measured approach, thereby reducing their exposure to potential usurpation from competitors?

“You want to build a portfolio that shows you have a vision and a way forward, because that’s how you grow,” Morris expounds. “At the same time, filing for protection requires disclosure of every detail of your technology.”

It’s a Gordian knot that would make Alexander himself scratch his chin. Luckily, Morris has always had a knack for threading the ends back through.

Best of both worlds

As he closed in on completing his capstone project at Boston’s Wentworth Institute of Technology, Morris found he enjoyed the writing part just as much—if not more—than the actual research. One day, following a particularly challenging lecture, his professor offered the young civil engineering major advice.

“He said, if you got your law degree, you will have a rewarding career that will allow you to still be a part of engineering efforts,” recalls the Dedham, Massachusetts native. “I was really intrigued by the idea of combining the two fields.”

After graduating from Wentworth in 2011, Morris spent the subsequent year interning at a friend’s law firm, before enrolling in the New England School of Law in 2013. Two more apprenticeships soon followed: a stint as a legal assistant for the Dedham, Massachusetts firm of Peter A. Moustakis, LLC; and an eight-month turn as a law clerk for Hogan & Associates, which Morris parlayed into a full-time associate post after earning his J.D. in 2015.

In 2016, Morris dove headlong into the fluid, uniquely scientific world of IP law. His first position in the IP field was for a new surgical robotics company based in nearby Cambridge. Founded in 2014, Vicarious Surgical was already making waves, both because of its cutting-edge wares as well as the young, innovation-driven makeup of the company’s staff, with Harvard, MIT and Stanford all well represented.

Subsequent to joining Vicarious, Morris became the company’s first in-house counsel at just 27 years old. In the two years since, he’s helped the company file for protection on numerous inventions.

“When you work for a startup in a field like this, you’re not just having an impact on the future direction of the company; you’re helping create things that can prolong and save people’s lives,” Morris says. “That’s something you don’t often find in private practice.”