Mapping out mortgages, with a little help from a friend

Robert Anderson remembers the day in 1970 when he moved into his  apartment on the campus of Arizona State University for his senior year.

Along with his friends and roommates, Stan Morris and Steve Padilla, Anderson quickly embraced his unfettered freedom by spinning vinyl late into the night—Santana’s “Black Magic Woman” was a favorite—and ordering Village Inn Pizza as often as they liked. 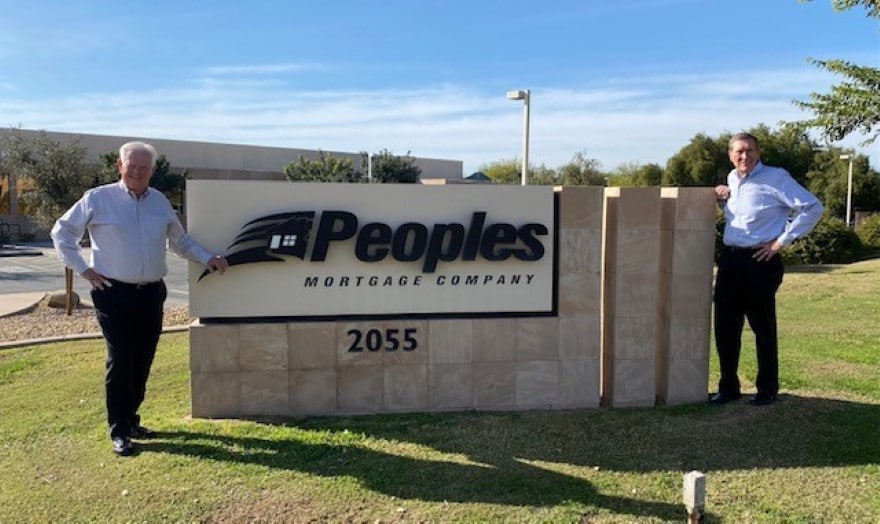 Establishing their own house rules (or a lack thereof), they could throw a football in the house or whip together impromptu parties whenever the spirit moved them. The laughs and epic tales were never-ending.

The trio had known each other since they were sophomores. Anderson and Padilla were roommates and Morris was across the hall. One thing they rarely discussed, however, was what they planned to do after graduation.

“We had no inkling that I would become a lawyer, Stan an owner of a successful national mortgage company and Steve an executive at a large  construction company,” Anderson recalls. “That would all come later.”

Fast-forward to 2018. Anderson was happily ensconced in his career as a real estate attorney, working at Clark Hill PLC in Scottsdale. One day, while at his desk reviewing a file on a property, he saw a familiar number pop up on his caller I.D.

It was Shawn Morris, the son of his college roommate, Stan. He worked with his dad at the family-owned, Arizona-based lender People’s Mortgage, which happened to be a client of Clark Hill. Shawn reported that its general counsel was leaving and wondered if Anderson could take on some extra work—and vet a good replacement attorney. 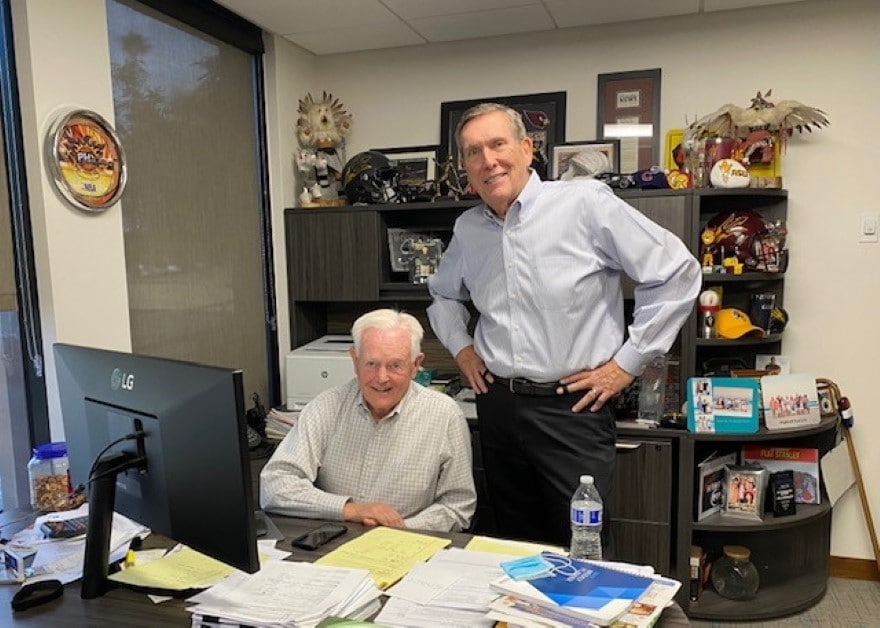 “I told him I was happy to help them find the right person, and mentioned it was such a great place to work so high-quality attorneys would be available,” Anderson says. “I never thought they’d be asking me.”

Two days later, Anderson met the elder Morris for lunch, who proposed that he should be the next general counsel. He told his former roommate (and friend of 50 years) that he loved his current job but was still willing to discuss the opportunity.

“The stars aligned,” Anderson says. “Before I came here he was my biggest client and I was doing all of their work anyway. It was a no-brainer. How could I say ‘no’?”

The transition was seamless.

As a specialist in real estate law and finance, Anderson got right to work. He managing litigation, fine-tuned the company’s corporate structure, prepared materials for the annual meeting and negotiated real estate contracts and leases throughout the U.S.

In addition, Anderson was asked to head the company’s anti-money laundering efforts—one of the most highly regulated areas of the mortgage industry—and began reviewing policies, establishing and conducting annual training for employees and filing suspicious activity reports. 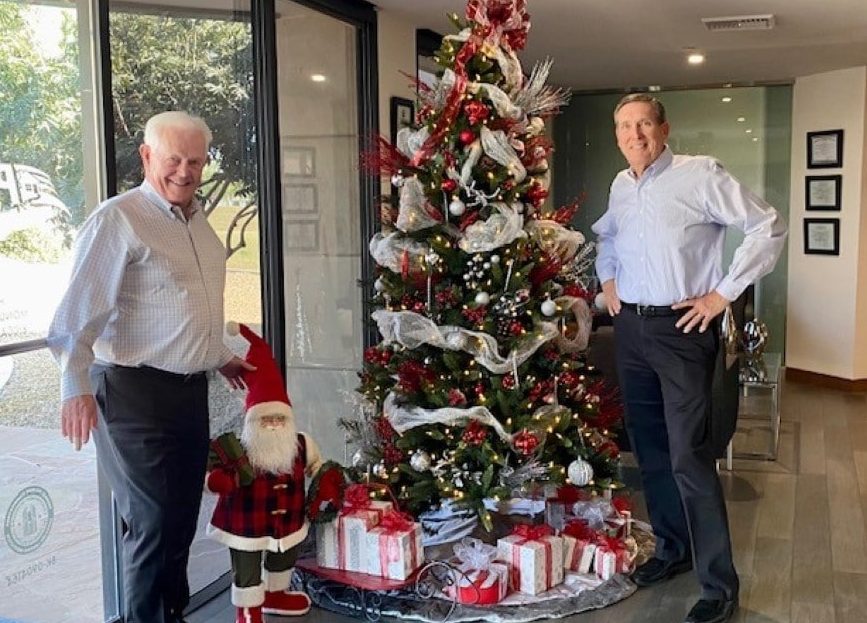 Working with outside auditors, Anderson examines company policies and implements changes suggested by them. He also works closely with the company’s compliance officer to assure Peoples Mortgage meets all governmental agency regulations.

Keeping abreast of state and federal regulations is especially important, Anderson says—particularly given the company’s plans for nationwide expansion. Following the 2008 recession, the company quickly grew. Today, it does business in 38 states with about 500 employees and plans for continual expansion.

“The process here is very organic,” Anderson says. “We go where the markets are strong and integrate into communities where it makes sense.”

Anderson credits the company’s positive, employee-friendly environment—fostered in no small part by his longtime friend—that made his move from private practice to in-house counsel so seamless.

It’s that same sense of fun Anderson remembers from his college days that Morris brought to the company—from holiday parties to celebrating birthdays and anniversaries—earning it recognition as one of the Arizona’s Top Workplaces in 2020.

Anderson is grateful for his foray into law—which was somewhat of roundabout journey—which brought him here. Although his father was a prominent real estate attorney in Phoenix, Anderson says he was never pressured to follow in his footsteps. It was only after earning his degree in political science and government at ASU in 1971 that he chose to go to the University of the Pacific, where he earned his J.D. in 1976. 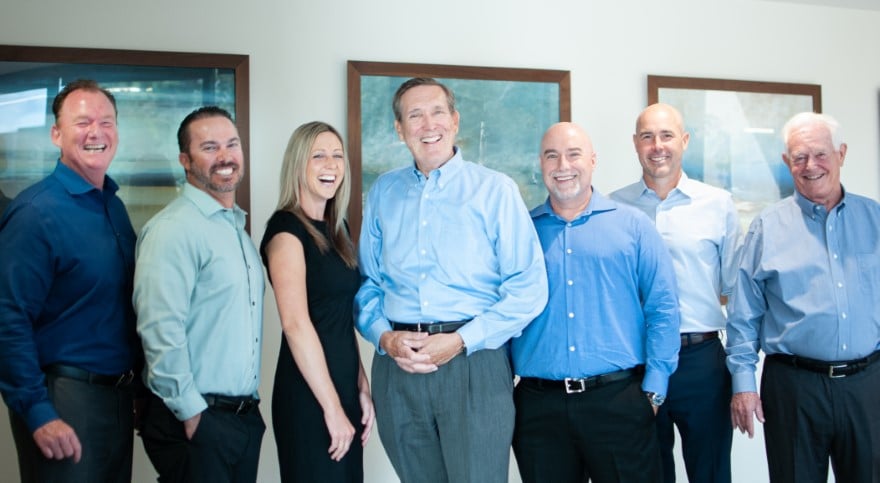 After law school, Anderson took a job in the title industry and later at a local savings and loan, where learned the ins-and-outs of the title business and  commercial lending. After several years in the corporate world, he entered private practice, eventually landing at Clark Hill as a member of their real estate department in 2012. Anderson says he loved his job and the firm and was hesitant to leave.

“I really was not looking to make a career move, as I was extremely happy there,” Anderson reiterated. “The only reason I left them was for this special job opportunity—but I continue to use them for outside counsel when needed.”

Despite his initial trepidation, Anderson has no regrets about his move to Peoples Mortgage—a place where he knew he could always find a friendly face and a ready ear. And plenty of work to keep him busy.

Of course, whenever Anderson and Morris find themselves in need of a break, they always know who to call. They’ve even roped in Padilla—now retired—for a standing monthly lunch date in Phoenix.

“It’s been a very good partnership, and I’ve viewed my role from day one as his counselor and trusted advisor,” Anderson says. “I tell him what I think is the best route to follow and then let him decide.” 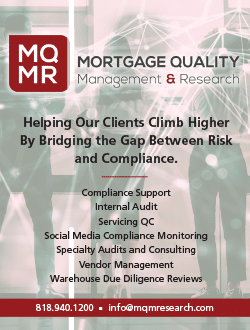