Nothing lost in translation

Times change for any industry, and Philip Morris International—the world’s most successful cigarette company—has long acknowledged the old axiom about smoking being hazardous to one’s health.

It is aiming for a smoke-free future by promoting products such as e-cigarettes and technology that heats but doesn’t burn. That makes it an exciting time for Adelaida Adames, the personable senior counsel for PMI’s operations in the Dominican Republic and the Caribbean. 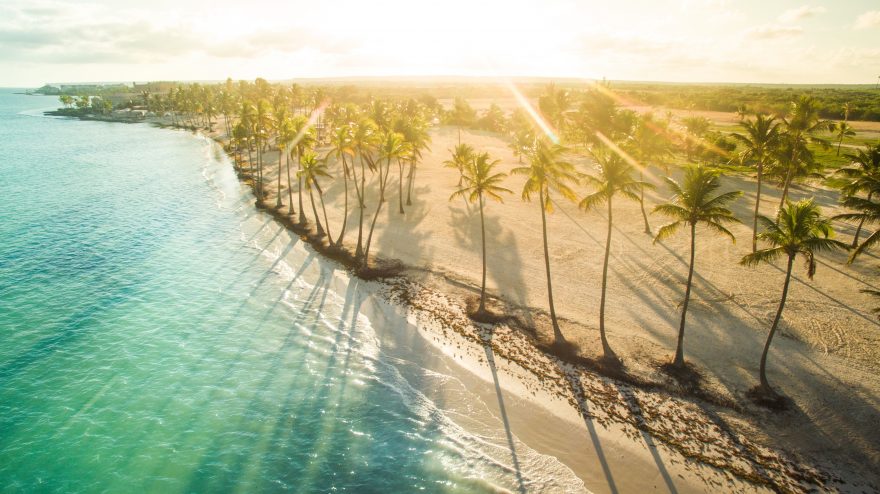 “We’re not going after new smokers or trying to get back those who quit,” says Adames, herself a former smoker who advises others to do as she did years ago and kick the habit. “We’re trying to get away from smoking.”

And, she adds, the destination is a smoke-free world still teeming with business opportunities for a venerable company that’s proving versatile enough to adapt to a new health-conscientious era.

Already, PMI’s smoke-free portfolio contains four products in various stages of development and commercialization, including the smokeless heated tobacco product IQOS. Available in over 30 markets worldwide, it uses real tobacco refills called HEETS, but instead of burning them, it heats to produce a tobacco-flavored vapor that can satisfy a smoker’s nicotine and flavor craving while including the hand-to-lips gesture that can be as habit-forming as the smoking itself. IQOS is the result of over a decade of research on a range of potentially reduced-risk alternatives to cigarettes conducted by more than 430 scientists and experts in PMI’s R&D facilities in Switzerland. Investment to date exceeds $3 billion, and over 3.7 million consumers have already switched to IQOS.

Such evolving business practices are certain to test Adames’ legal acumen. While much has yet to be sorted out, she anticipates a need for expertise on the intellectual properties front as other cigarette manufacturers also recognize the economic and moral necessity of getting away from what may be the world’s leading health threat.

Meanwhile, new regulations will be emerging in the 25 markets Adames has overseen since taking over PMI’s regional legal department in February 2014, after distinguishing herself in various in-house and private roles elsewhere.

“These islands have their own codes that date back to whatever European country first settled them,” Adames explains from her office in her native Dominican Republic. “You’ve got to be familiar with the many different customs and adhere to them by the letter.”

For instance, islands settled by the English opt for common law that may evolve but remains based on consensus and precedent. Islands where the French first planted their flag continue to emphasize civil law—the “code Napoleon” that lays down the rights and obligations of the people, and the laws of property, contract and inheritance.  Somewhat similar is Spanish law, based on comprehensive legalities rooted in Roman law.

And the first step toward understanding the regulations? Well, it sure helps to be multilingual, and for that Adames can thank her mother who saw a world of potential in her daughter.

Only not while the precocious little girl was tickling the ivories.

In tune with languages

“I didn’t do well at piano,” Adames remembers with a light laugh, during an interview with Vanguard. “Mother said I had to do something, and it became learning other languages.”

A bonus came with being multilingual, Adames realized. Not only would she be able to speak on the same terms as a foreigner, she would gain insight into that person’s culture. 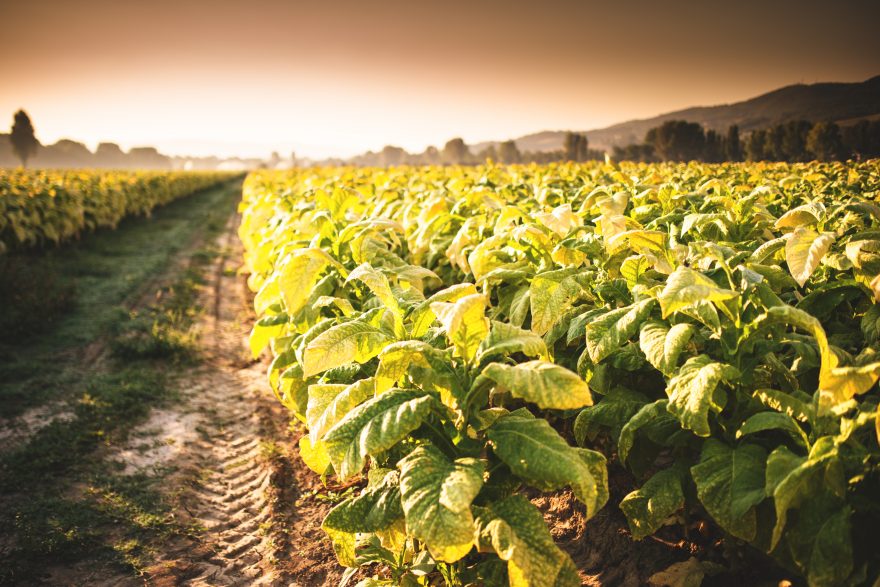 “It opens so many doors and breaks down so many barriers,” she says. “You really get to know your counterpart.”

Fluent in English, Spanish, French and Italian, Adames is comfortable discussing the complexities of PMI’s operations anywhere in the Caribbean. It’s a heavily regulated business, and the regulations are far from universal.

Her own country might seem relaxed about tobacco compared to the United States and much of Europe; while the Dominican Republic bans smoking at healthcare facilities and universities, it lets private institutions set their own policies and allows cigarettes and cigars to be sold with just a text warning of unspecified size. There’s no ban on direct advertising, although the excise tax on tobacco products is 42 percent the retail price—several times higher than the levy that most islands assess.

Meanwhile, on the other half of the island that is Haiti, one may smoke just about everywhere, with no bans on advertising and just an 8.26 percent excise tax.

Southeast of the Dominican Republic and Haiti, in the U.K-influenced sovereign state of islands Antigua and Barbuda, PMI doesn’t have to worry about any warning labels on a pack of cigarettes or cigars, and there’s no excise tax. In Cuba, land of the cigar, one can smoke most anywhere except at hospitals, universities and public transit, but 30 percent of the packaging must contain a text warning, and 70 percent of the retail price is excise tax.

No warnings on packaging are required in Grenada, where the excise tax is just 31.8 percent. Jamaica’s excise tax is even lower, 28.27 percent, but it more than makes up for it by banning smoking in most public places and demanding that 60 percent of the packaging not just be a warning but graphic at that.

For the island known for reggae took the lead internationally on the health warning front a few years ago, signing onto the World Health Organization’s Framework Convention on Tobacco Control. In Jamaica, packaging of smokes might depict a skull and crossbones or, even more graphic, a cancerous lung or gangrenous limb.

PMI isn’t opposed to such warnings, Adames is eager to say.

“We’re committed to a new operation and I’m delighted to be part of it,” she says.

Her conscientiousness has won her much professional respect.

“Due to her high level of professional conduct and understanding of the law as well as its direct and indirect implications, working with Ms. Adames is a real pleasure,” says a lawyer who has had opportunities to do so, Luis Miguel De Camps Garcia, of the Santo Domingo law firm of Torre Empresarial MM.

“It is not always that in-house counsels are so well in tune with both the company’s expectations and the real-world difficulties. Combining both requirements demands an exceptional lawyer, with the capacity of rising above the minimum and bridging gaps with innovative, legal and effective ideas, all of which we have been happy to find in Ms. Adames,” he adds.

Such interactions are part of what so invigorates this married mother of two small children whom she hopes to inspire, just as her own parents put her on a successful track at a young age.

Adames has remained in the Dominican Republic for much of her working life, being an associate lawyer at the Santo Domingo firm of Headrick Rizik Alvarez & Fernández before becoming legal affairs manager of Grupo Puntacana research and investment firm in Punta Cana.

She came to PMI four years ago and relishes having a hand in the game as the company embarks on one of the most significant corporate transformations ever.

She can tell you that in four languages. 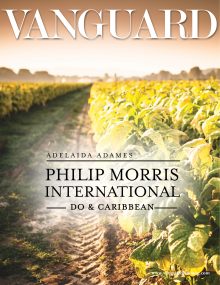 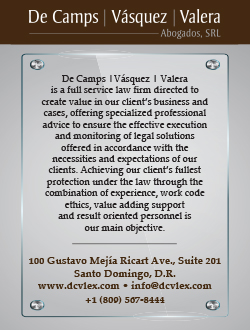