One year after what he regards as the biggest challenge of his career as an in-house lawyer, William Deckelman didn’t sound like one of his pending responsibilities would be too overwhelming.

That was getting the firm he helped create through a complex 2017 merger compliant with the new privacy laws taking effect in late May in the European Union. But that transaction ably consummated, the new DXC Technology Co. is sustaining the legacy of its predecessors, as the trusted protector of all kinds of sensitive data in the public and private sectors in most every hemisphere.

“I’ve been doing this for so long that I have familiarity with the parameters of the issues we have to deal with,” the affable Deckelman tells Vanguard in late March. He was speaking from London, where the Virginia resident has been spending lots of time, both managing matters in the U.K. and dealing with the E.U.’s new General Data Protection Regulation. Occasionally, when in London, he also squeezes in time for an international law class in a Masters of Law program at the world renowned London School of Economics and Political Science.

“Much of this is kind of straightforward, as IT services have been global for so long,” he says about GDPR. “Still, a lot’s happening on this front that we must be extra compliant about.”

Indeed, the Tyson, Virginia-based DXC is the third largest info-tech provider to the U.K. government and has much commercial business across The Pond, as well. Active globally, the firm processes data for Britain’s National Health Service—the world’s largest single-payer system—as well as for Scotland, Wales and Northern Ireland.

In Denmark, the firm serves the federal police, with criminal records and driver’s licenses among the data. On the other side of the world,  it’s entrusted with the Australian military’s data. Then, give or take a few, there might be another 70 countries where DXC’s data expertise is tapped.

As executive vice president and general counsel of DXC, Deckelman—who held similar positions with one of the firms that merged in 2017—knows that if the contracts are to continue, compliance must be rigid, and right now the focus is on the E.U.

“In terms of control and security, we’re probably fortunate because that’s our business,” says Deckelman. “Processing and storing data—lots of personal data—we’ve already built those capacities into our services.”

The E.U. law being very thorough, it’s not like in the U.S. where different states might have their variations of privacy regulation, he explains. A two-year transitory time-frame ending, GDPR will be comprehensive and prescriptive, leaving few vagaries.

The new regs might even make it easier for a non-European company like DXC to do business, but the other side of that equation is a stringent data-protection compliance regime, with penalties up to 4 percent of worldwide turnover.

So with the potential, as well as risks, raised more than a few notches, Deckelman finds it prudent to bring outside expertise into the mix, including Bird & Bird, a London-based international law firm, well-versed in all matters critical to GDPR.

“I’m very impressed with Bird & Bird,” Deckelman says. “We selected them as a strategic partner because of their understanding of IT and law. They’ve been at it for years, and are very practical about what’s in play. You couldn’t ask for a better partner.”

Bird & Bird might say the same about DXC, which resulted from the merger of what had been a couple of troubled companies: Computer Sciences Corp. (CSC), which had been Deckelman’s employer since 2008, and the Electronic Services unit of Hewlett Packard Enterprise.

Uniting the two firms entailed such unpleasantries as cost-cutting and reductions in personnel, but Deckelman says it was essential—and he seemed to be the right man to do it.

Cloudy times in IT

Having distinguished himself as general counsel with the former Dallas firm of Affiliated Computer Services—now part of Xerox—Deckelman was looking for a new challenge 10 years ago, and a headhunter steered him toward CSC. The ever-changing IT industry, however, would pose challenges for his new employer, with long-term, lucrative contracts giving way to smaller deals. The Hewlett Packard unit also was struggling. 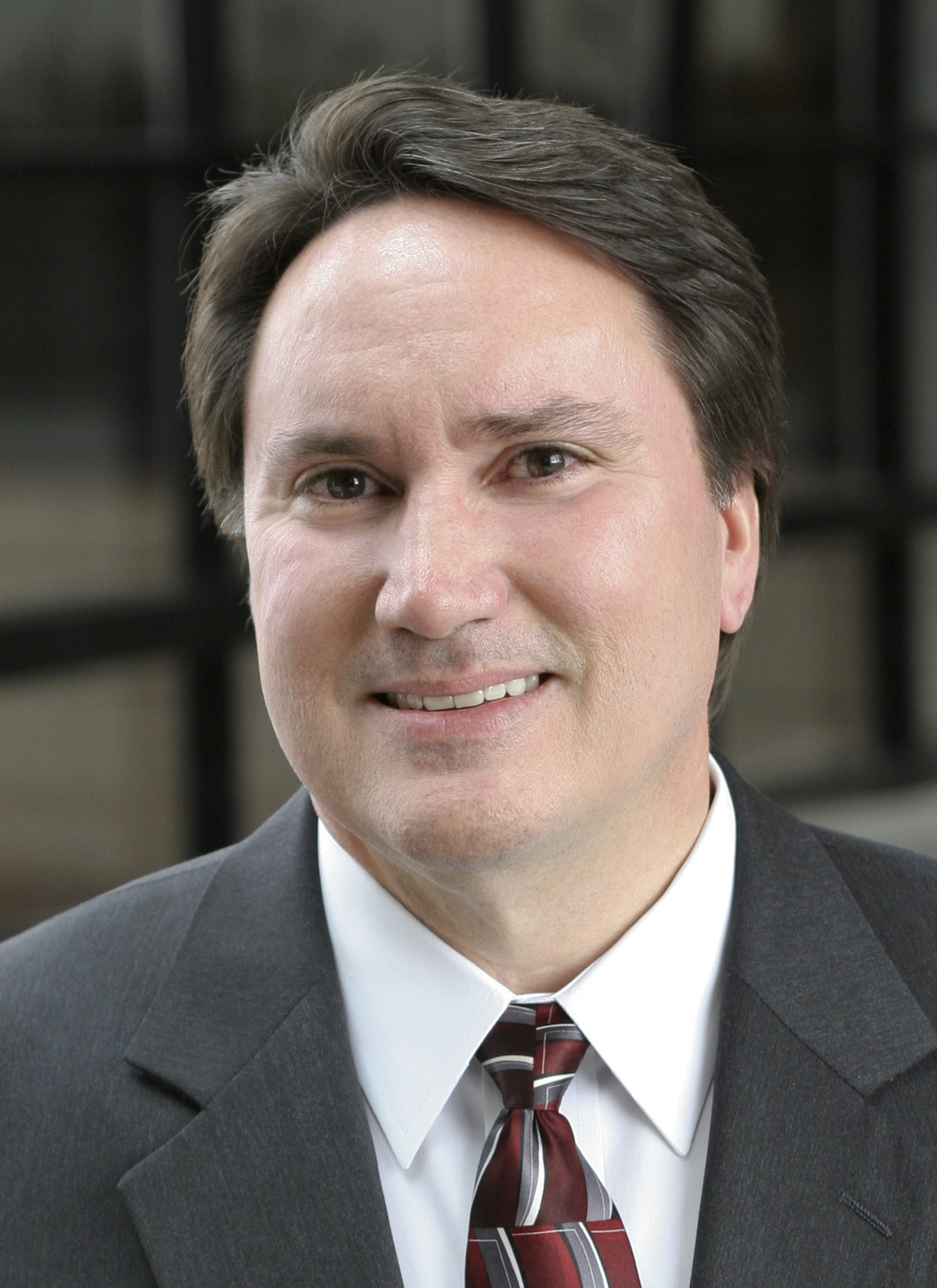 “Without a doubt, preparing for that merger was the biggest challenge of my career,” says Deckelman, whose University of Arkansas juris doctorate is enhanced by a Georgetown LLM that he expects will be accompanied by one from the London school in 2021.

One thing for sure: In today’s global economy, too much education may never be enough. Perhaps especially for an international IT solutions provider.

“We had a monumental challenge to reduce the cost of two organizations, amid industry changes, where we’re seeing higher volumes of smaller deals as opposed to the large 10-year IT outsourcing contracts that were so prevalent,” Deckelman says. “Fewer megadeals necessitated a new model that’s working out well.”

The newly created DXC represents a leap into the modern world of digital IT, where combined resources enable everything from cloud computing to consulting services, cybersecurity and worker mobility apps. Meanwhile, Deckelman’s creative way of not just mitigating but lowering legal costs, won him the 2017 Financial Times award for transformational expertise.

Deckelman structured a deal with UnitedLex, a Richmond, Virginia-based enterprise legal services provider that drives digital transformation throughout the world of corporate law. DXC’s legal team would join UnitedLex in providing contracting services to all DXC units by way of a common technology platform and disciplined processes. Deckelman says the partnership has reduced legal costs by over 30 percent, while enhancing efficiency.

Other strategic partnerships continue, including with the Washington, D.C., office of the Thompson Hine law firm that Deckelman deems very forward thinking in terms of value to clients and oriented toward providing data and transparency.

“Since the merger, it’s been a good year,” Deckelman says. “A lot of cost takeout, as there was overlap between two similar companies. We didn’t want the integration to impact our customers. We can call that a success, as our customer-satisfaction metric—the litmus test—has gone up.”

As for how he got into in-house law with IT, he partially credits being in the right place at the right time.

“When I started practicing law, IT wasn’t even an acronym,” says Deckelman, whose legal career began in 1982. “I kind of stumbled into it with my early clients and found it to my liking. It’s about long-term relationships and the industry keeps changing, which makes for a great and fun career.”

Some changes may be happening sooner rather than later. Many concerns that caused the E.U. to opt for GDPR are shared on this side of the Atlantic—and intensifying.

“After what’s been happening with Facebook and Google, I’d be surprised if there won’t be some legislation coming forth,” he says. “Capitol Hill is becoming fearful, and maybe that’s a good thing if some laws are tightened.” 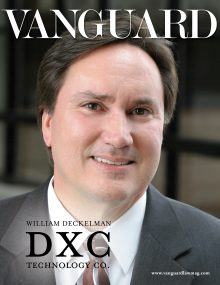 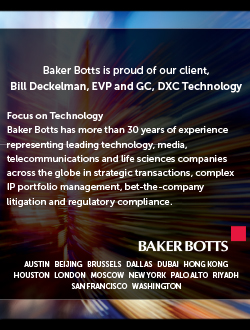 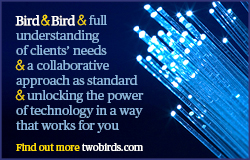 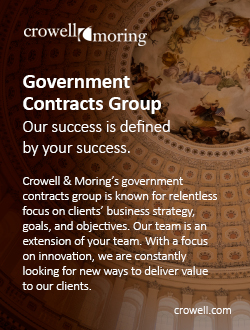 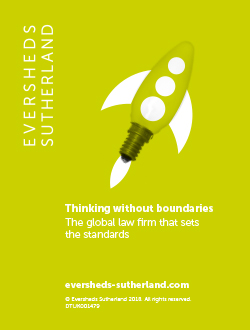 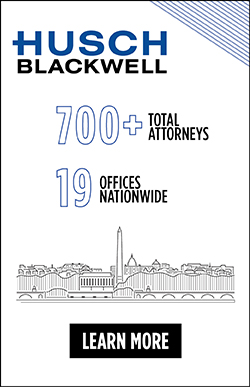 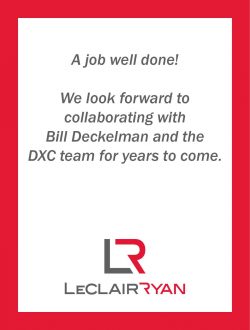 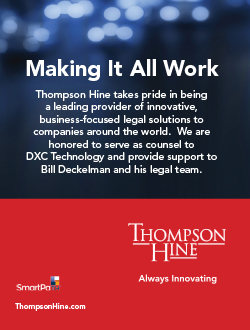 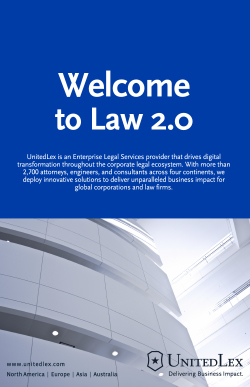