A fine Portuguese porcelain dinner set makes a great Christmas gift. Designing it yourself at the factory is pretty appetizing, too.

Or how about a Roaring 20’s blowout bash with your name in lights at Harlem’s famed Apollo Theater?

Both are among the “fantasy gift” packages that Ryan Parley has helped vet as the vice president and assistant general counsel for Neiman Marcus Group. Still, Parley takes equal pride in her less flashy contributions, which have included creating a parental leave policy and helping employees gain equal opportunities to advance their careers. 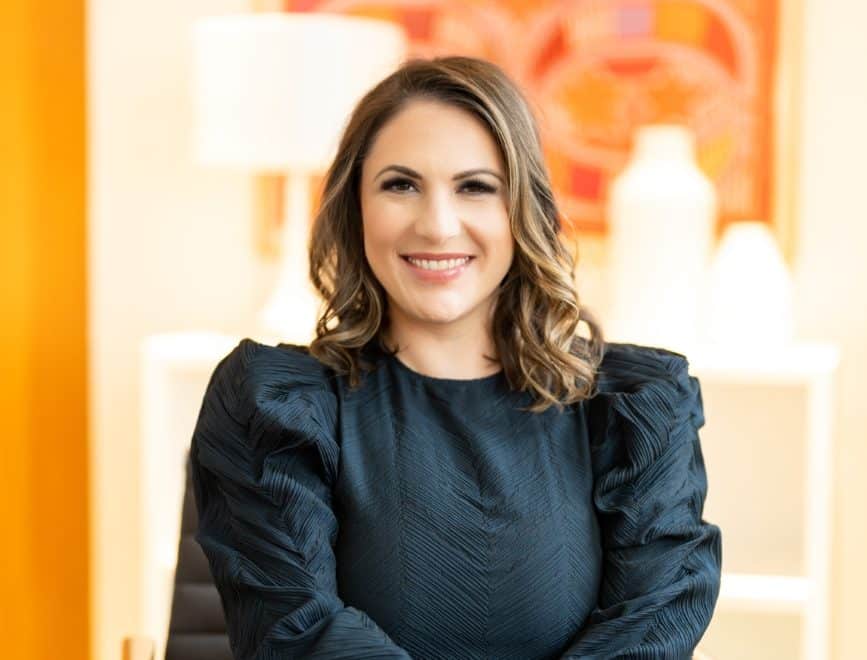 “Neiman Marcus Group has always been a dream place to land as a lawyer, and it’s been critically important to me to help build a place where all are welcome,” she says.

Neiman Marcus opened in Dallas in 1907, led by Herbert Marcus Sr. and his sister and brother-in-law, Carrie Marcus Neiman and A.L. Neiman. The store promised to offer more styles of clothing than anywhere in the South, along with unparalleled service.

All Marcus’s sons eventually joined the company—Stanley Marcus was president and CEO when the company was sold to Carter Hawley Hale Stores Inc. in 1969. Over the next 40 years the company expanded to cities including Atlanta, San Francisco, Denver and Honolulu.

The Neiman Marcus Group now includes 37 Neiman Marcus stores, as well as two Bergdorf Goodman stores in Manhattan. Combined with its e-commerce operations, it has become the largest luxury retailer in the U.S., according to the company website. 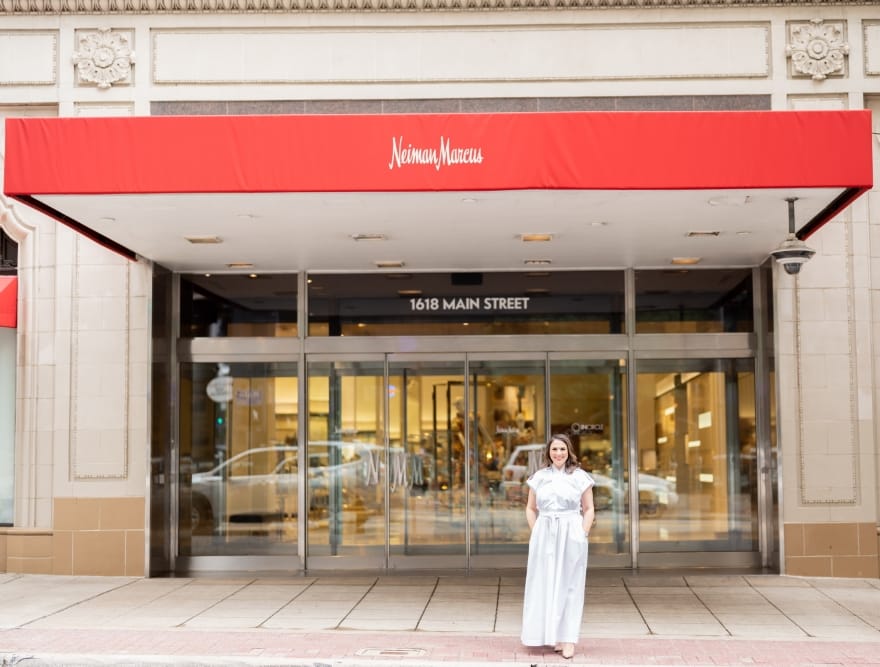 Parley helps shape the fantasy gift packages developed by the company’s creative teams. After vendors are contacted about designing a fantasy package, she and her team advise on liability and risk, tax implications and compliance with rights and trademarks. They also ensure the marketing complies with data and consumer protection laws.

“We need to also ensure the process for the customer is seamless and white glove,” Parley says. “The launch party is unparalleled and seeing all your hard work in print is incredible.”

Advocating from the heart

When Parley gave birth to her second child in April 2020, she discovered the company didn’t have a parental leave policy. So, at a company town hall where leadership took questions, she suggested a 12-week leave policy.

“The good news is I’m still here today after doing that,” Parley jokes.

The Neiman Marcus Group parental leave policy goes into effect Aug. 1 and is retroactive to Jan. 1, 2022. It includes 16 weeks for new parents for births, adoptions, surrogacy, or foster care, as well as up to 24 weeks of leave for birthing mothers.

Parley’s advocacy for DEI also began in 2020 when she helped engage Kanarys, a tech company focused on improving DEI for clients by using data. It worked with Neiman Marcus Group to create a survey to determine areas of focus at headquarters, as well as stores and distribution centers that employ more than 9,000 associates. 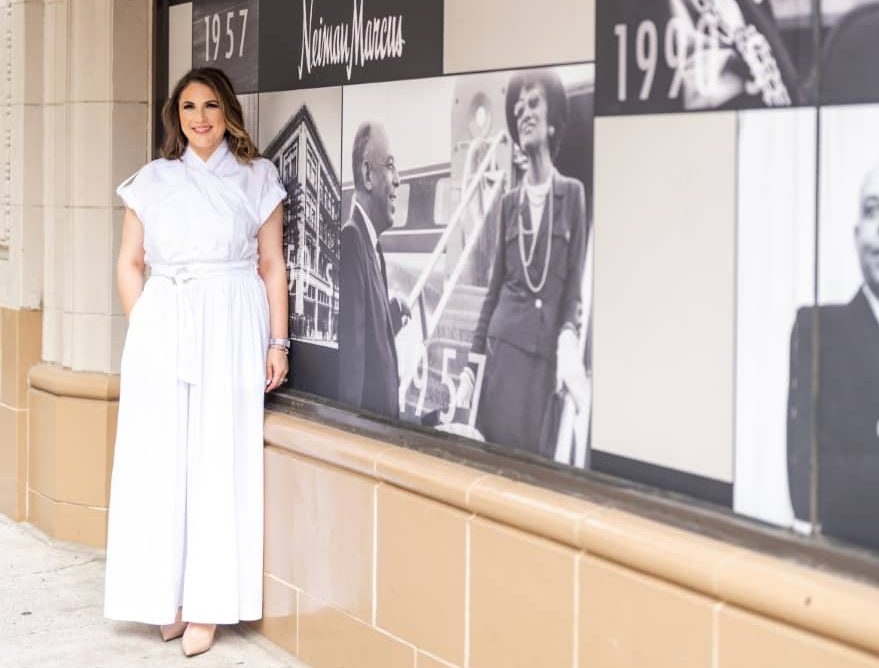 “I’m not facing the same inequity as some of our other associates,” Parley says. “If you’re going to pool everyone, compensation and rewards are always top of mind. But the artificial intelligence ensured questions weren’t biased or skewed.”

Following the survey, the company created associate resource groups to ensure perspectives and experiences could be heard and understood. Neiman Marcus Group has also partnered with organizations to ensure diversity in its recruitment, Parley says.

The company’s board of directors is 57 percent female and its leadership in vice president positions and above is more than 50 percent. Neiman Marcus Group has pledged to increase racial diversity in executive leadership to above 21 percent by 2025 and 28 percent by 2030, according to its 2021 ESG report.

Parley grew up in the shadow of Neiman Marcus, as her father owned a men’s suiting shop on the same street.

She combined her love for writing and the law by earning a bachelor’s degree in journalism with a focus on legal studies from the University of Massachusetts Amherst in 2005. After returning to Dallas, Parley earned her J.D. from Southern Methodist University Dedman School of Law in 2010.

She’s always practiced in-house, beginning with Hewlett-Packard Co. in March 2011 as legal counsel for labor, employment and employee benefits. In 2015, she was promoted to senior legal counsel in those areas, as well as commercial litigation, in what had become Hewlett Packard Enterprise. 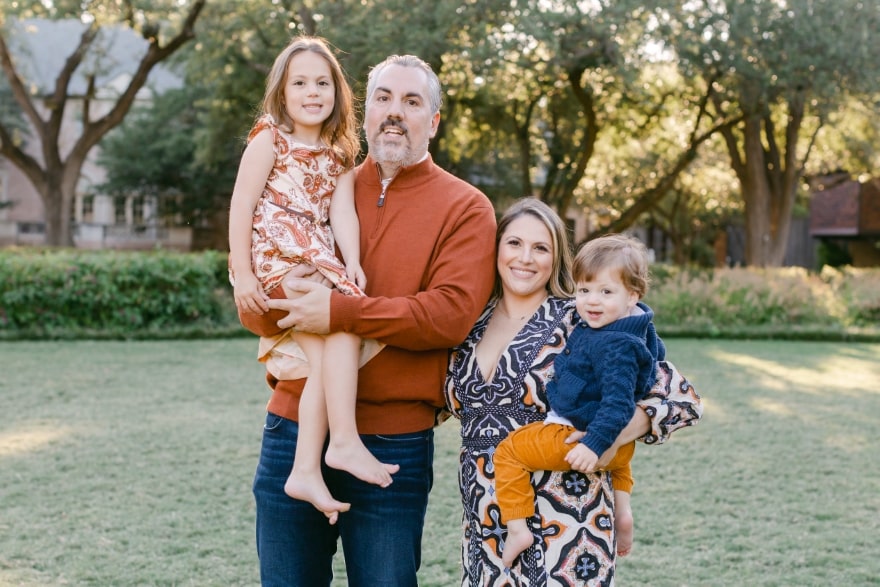 Parley joined Neiman Marcus Group as director and senior counsel in September 2017 and was promoted to her current position in October 2020.

While helping guide the annual fantasy gift process, as well as DEI initiatives, Parley has also provided legal support for company-wide transactions, including the merchant organization, marketing, advertising and creative teams, and IT and security.

“I’ve always appreciated working for a company because you look holistically at the workforce and its many departments,” she says. “We’re all working together to ensure the company succeeds.” 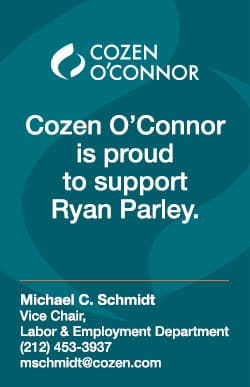 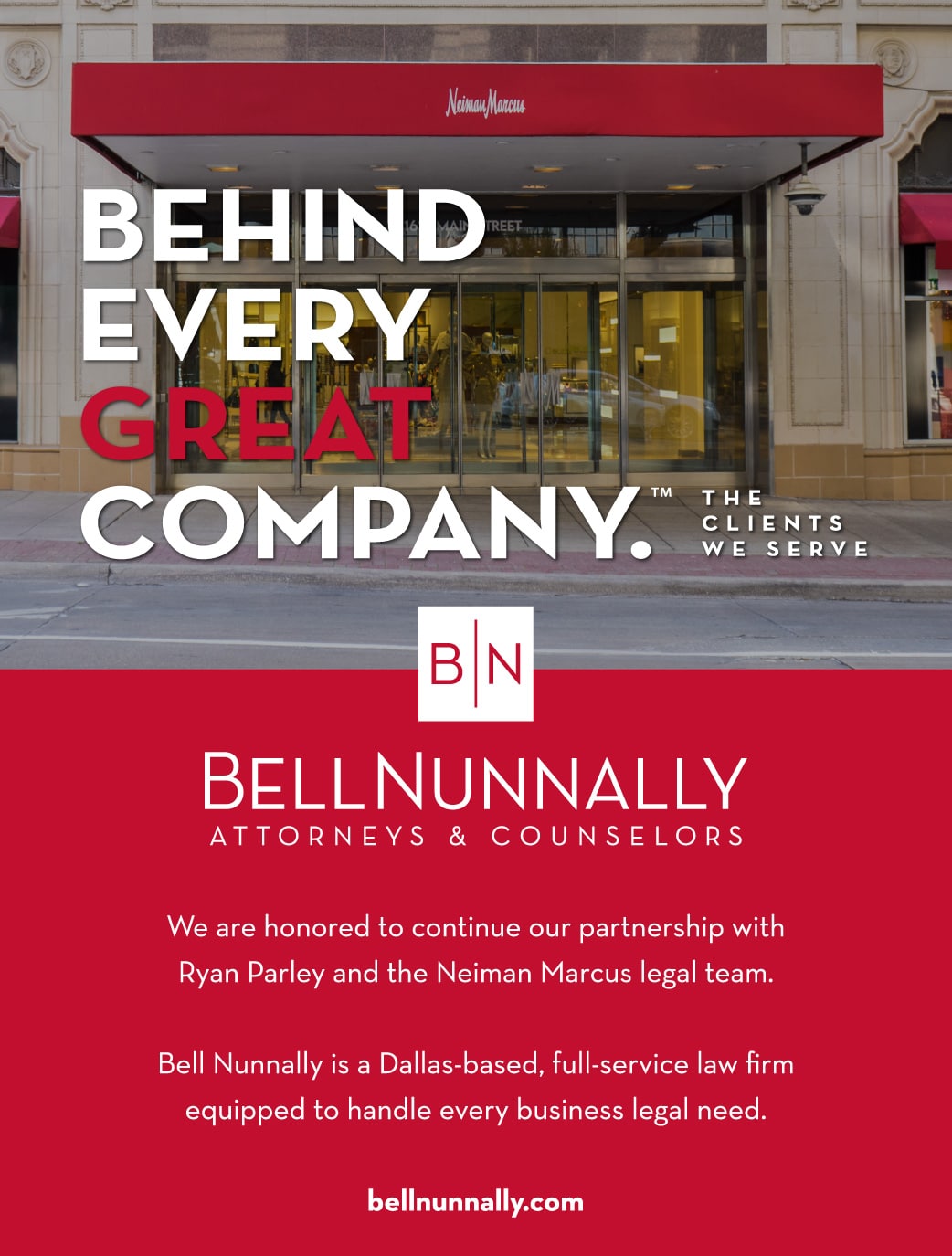