As general counsel for Zurich Legacy Solutions, Ali Rifai is part of a specialized division within Zurich Insurance Group that sells blocks of business that no longer fit its plans. It’s M&A in reverse. 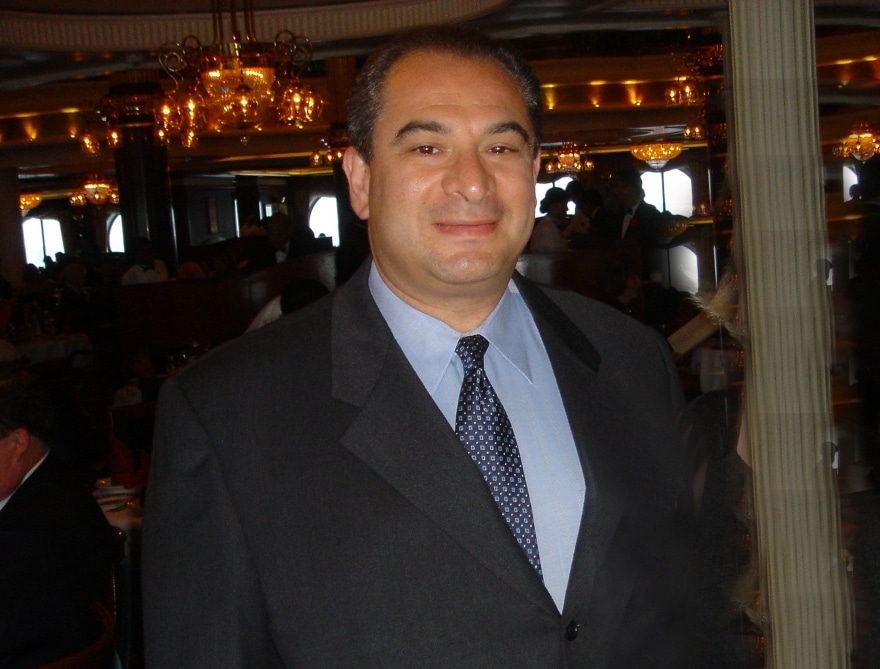 The divestitures can be as intricate and complex as acquisitions or sales of ongoing operations, made more so by the obligations to policyholders who expect an insurer to be there when things go wrong. But sometimes, it’s important for the company to focus its resources on ongoing operations.

“There’s a lot of expense in setting up [an insurance] line of business and writing it,” Rifai explains. “If it can’t generate the volume of business necessary to justify the expense, a company may find it’s not the right line for a particular country and decide to discontinue issuing policies there.”

Founded in Switzerland in 1872, what’s now Zurich Insurance Group first provided marine insurance. The company expanded into accident insurance as new laws in Germany made factory owners liable for workplace mishaps. By 1875, it was also writing accident policies for customers in Austria, Denmark, Norway and Sweden.

By 1880, the company had gone through its first elimination of a block of business by ending marine coverage after a large loss required it to use capital reserves to cover claims.

That’s a scenario Rifai says is not understood about the insurance industry. A policyholder may pay premiums for decades without filing a claim, but those premiums fund other claims payments. And while perhaps 20 percent of policy holders are responsible for 80 percent of the claims, someone in that 20 percent needs the claim paid promptly.

“That’s the benefit of insurance and risk spreading,” he says.

Divestiture begins with ZLS assuming oversight of a portfolio of policies, Rifai explains. His staff of three attorneys, one in London and the others in New York, collaborate with nearly 40 employees in both cities who do the bulk of the due diligence preceding a portfolio sale. In the process, the team sometimes retains outside consultants as well.

ZLS doesn’t seek a quick sale. While administering a portfolio turned over to it, Rifai says they’re looking into how it’s managed, what it covers, how many claims may be pending, and the strength of the assets supporting these claims. 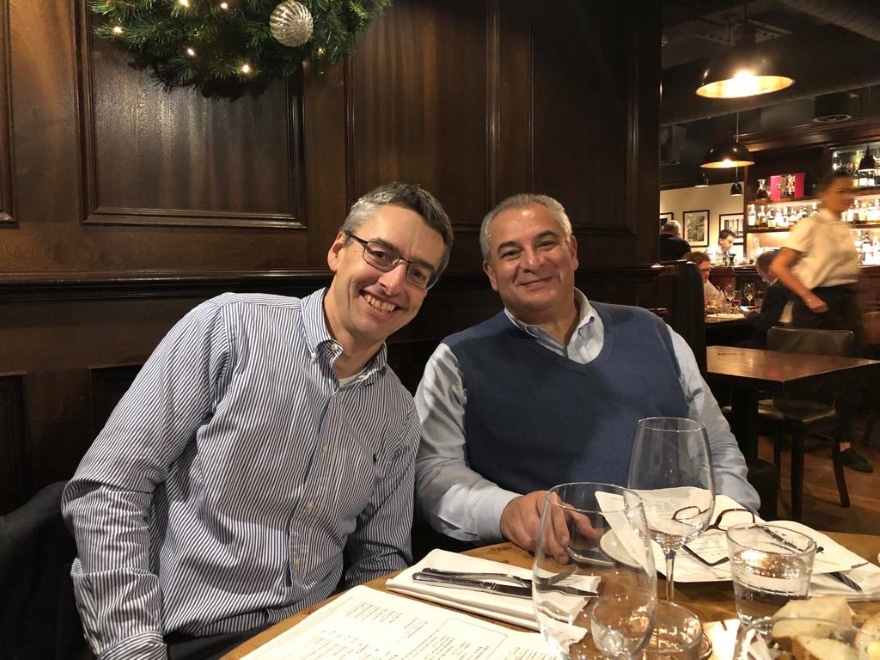 That typically takes a year. He and ZLS staff then draft a memorandum which is sent to potential buyers to solicit interest in the block of business. Potential buyers are companies that are owned by other insurance companies, as well as other investors like pension funds, that may find the portfolio well suited to their investment and business strategy.

Rifai and the ZLS staff are well acquainted with companies that buy portfolios, but still vet them for their ability to manage the business, handle claims and protect policyholder and claimants’ rights.

Where the blocks are sold also makes a difference in structuring the transaction, he says. In the U.S., the insurance industry is regulated by the states, with 50 differing sets of regulations to be considered. In the European Union, the regulatory structure tends to be more uniform.

A common process in Europe allows a portfolio of business to be legally transferred from one insurer to another. Insurance department and court approval are required to transfer and consummate the legal obligation of a block of business, he adds. A proposal is submitted for review by regulators and actuaries, and policyholders are notified of the proposed transfer.

Comments from the policyholders are part of the review process, as is vetting the buyer’s ability to manage the block of business and pay claims.

All in the journey

In his 20 years at Zurich, Rifai has also guided business development, he adds.

About a decade ago, he was assigned to Dubai, tasked with helping establish a property and casualty insurance business in the Middle East. Born in Egypt and fluent in Arabic, he saw it as a homecoming. But the experience became less about globetrotting than about globe straddling. Since the work week in the Middle East runs from Sunday to Thursday and from Monday to Friday in the U.S., Rifai found himself working six days a week. 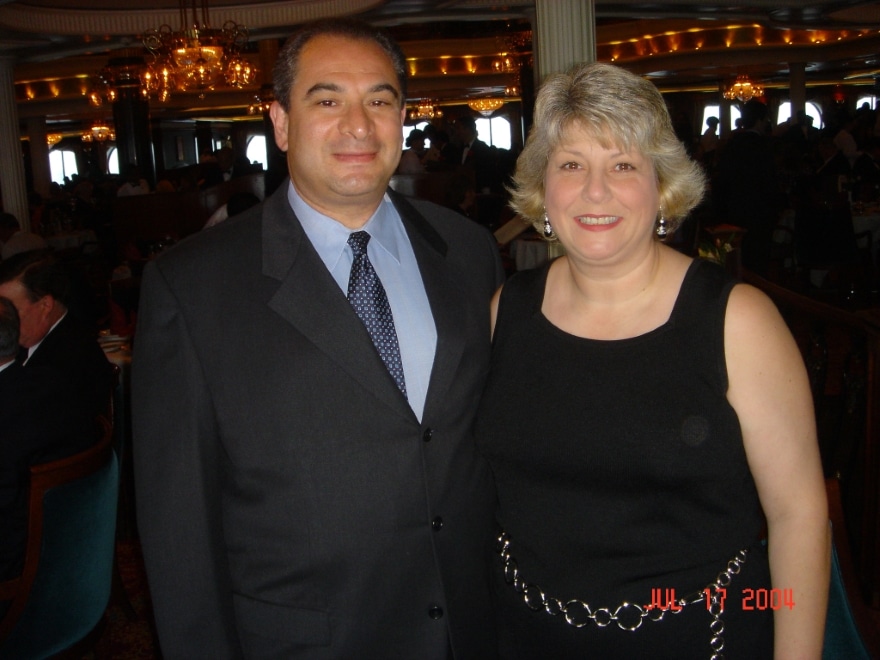 The time difference between New York and Dubai also meant when one workday was finishing, the new one was just beginning.

“I grew up in that part of the world, but I never had exposure to how business works there,” Rifai adds. “It was a demanding schedule and a tremendous learning experience. We had a dedicated team driven to build the operations there, and from a legal standpoint I was involved in everything from licensing to regulatory compliance. This was similar to a startup, although this startup was not a shoestring operation.”

In another life, Rifai owned a small business, putting his Rutgers bachelor’s degree in economics and business to work in a Jersey City, New Jersey, deli he purchased with a friend for $1,000 in 1976.

Successful enough to buy a second one, Rifai was still looking for a fuller plate when he sold the deli and attended Seton Hall School of Law. He earned his J.D. in 1985, followed by a master’s of law in taxation from New York University School of Law in 1988, while working for Lancer Insurance Company.

At Lancer, Rifai handled licensing matters and eventually became senior vice president and general counsel, as Lancer grew from a startup to the largest writer of insurance for buses in the U.S., he says.

“It’s been quite a journey, but it’s not just about me,” Rifai says. “There are so many people who helped get me here, especially Karen, my wife of 42 years, who so caringly managed the home front and our two wonderful daughters, while I attended schools and traveled for business.”

Disclaimer: The statements and comments made herein are solely those of Ali Rifai and not Zurich Insurance Group or any of its subsidiaries, or its, or their, respective officers or directors. 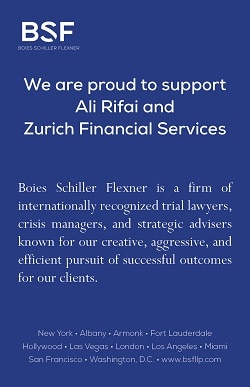 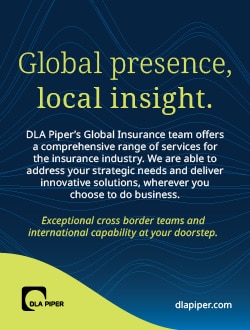 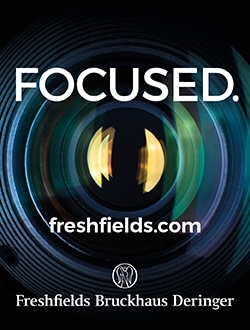