You might say R. Lee Allen has gone back to his roots as legal head of a go-to company for agricultural plant nutrition and plant protection operations worldwide. In some respects, he’s always been tied to the land, helping farmers in feeding the world or just passing their acreage on to the next generation.

A Midwest native and farm boy, Allen earned an undergraduate degree in agricultural economics from the University of Illinois at Urbana-Champaign in 1984. For five years, he worked with farmers as a loan officer with the Farm Credit System and by managing farms for absentee landowners as a trust officer with Marine Bank of Springfield (now JP Morgan).

Having interacted with lawyers so much during those five years, he left banking in 1991 to obtain a juris doctorate from his alma mater, graduating in 1994. For the next two decades he was a shareholder with Sorling Northrup in Springfield, Illinois, and he would likely still be there if not for a can’t-resist offer in 2014 to join the executive team—and be the first in-house general counsel—at BRANDT, Inc., a client of Allen’s while in private practice. 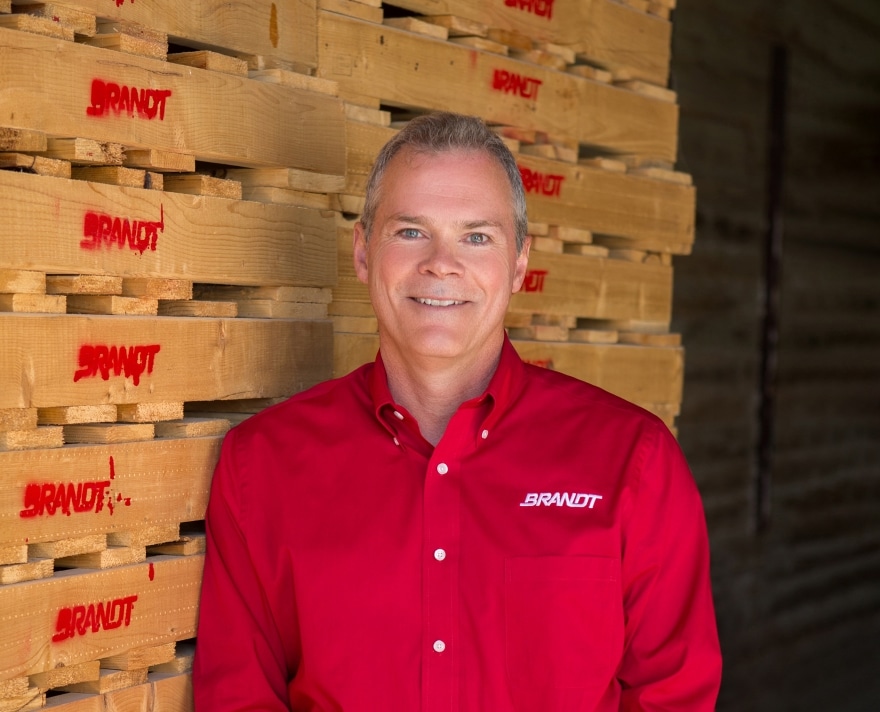 His initial mission was to support BRANDT’s growth as the business expanded to more than 80 countries. He began by establishing relationships with the shareholders, directors, the executive team and employees to learn the business and develop a legal team. In other words, he became part of the BRANDT Inc. Family, he says.

The mission has evolved into assisting Rick Brandt, the second-generation leader, with growing the globally active agronomy company while retaining the family culture that’s been its stock and trade since its 1953 founding by the brother and sister team of Glen and Evelyn Brandt.

“Literally every decision that the executive team faces is evaluated on how it will impact the culture that has been developed by the Brandt family,” Allen tells Vanguard in May with crops starting to show across farmlands nationwide.

“It’s been a great personal growth opportunity for me to get involved with a family-owned company that’s aggressively seeking domestic and international growth. It’s an opportunity to be part of a creative and business-centric environment with an incredibly talented group of people.”

After more than 65 years in operation, Allen and the executive team developed a reorganization plan involving the formation of BRANDT Inc., a holding company, in 2020 and converting its business units into wholly owned subsidiaries. Such a move, he says, not only provides a legal framework to the corporate structure of the company but allows partnerships with other like-minded companies where it may be premature to consider a full buyout.

While the form of the corporate restructure wasn’t necessarily a legal novelty, one element was to maintain culture across all subsidiaries. As Allen explains, it even established a separate subsidiary, called Team BRANDT LLC for employees. 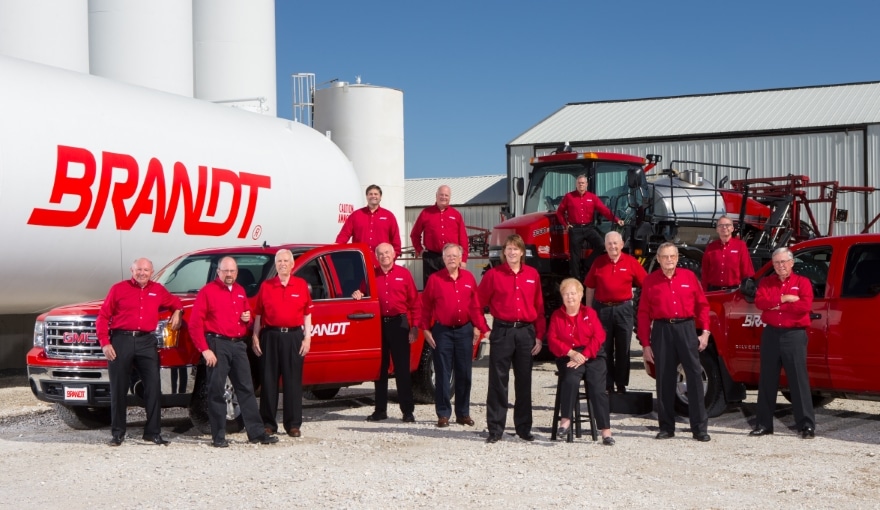 “Just because we formed subsidiaries, we didn’t want our team of employees to feel they were in different silos and lose touch with company culture,” he explains. “Everyone’s still part of the same team, working together to achieve our goals.”

The new model is already showing results, Allen says, citing recently completed deals and new ones on the table. Additionally, the new structure allows for the company to invest in and partner with non-agricultural ventures.

With global business growing, Allen, as executive vice president and chief legal officer, oversees antitrust, contract development and management, human resources, intellectual properties, mergers and acquisitions, compliance with the regulations of many jurisdictions and more. In addition to these traditional legal tasks, he helps the company to adapt to the changing landscape of the business.

He’s aided by Associate General Counsel Emily Cour—also a Sorling Northrup alumni—and a couple of paralegals. With manufacturing operations in Illinois, California, Florida, Utah, Brazil and Spain, Allen enlists outside counsel in those jurisdictions where necessary. 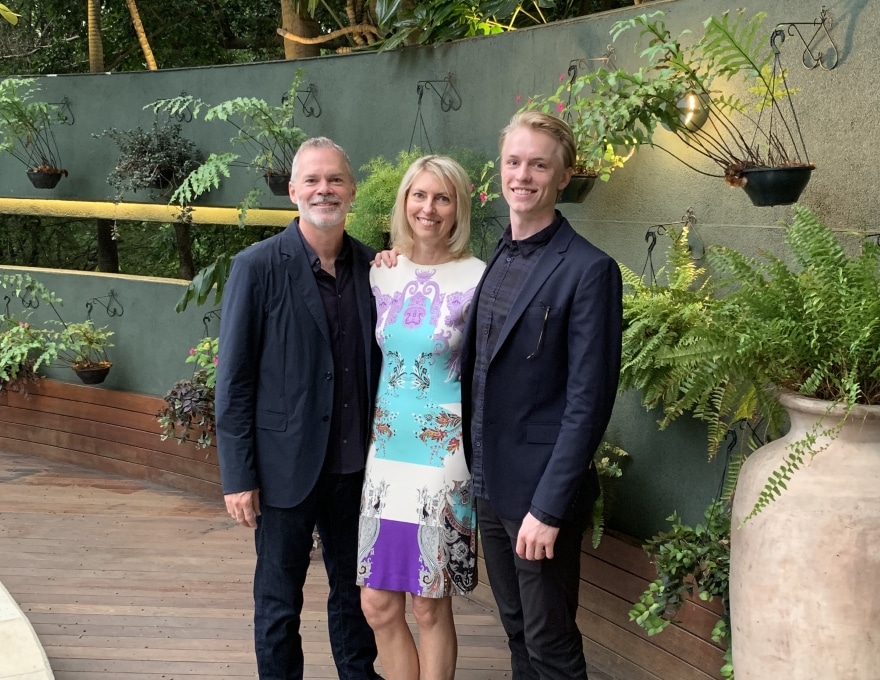 “It’s made easier by us having a great executive and management team,” he says. “Each team member plays a critical role and provides a great platform for our employees to be entrepreneurs, and the job of our legal group is to support them with sound legal and business advice.”

Time was when Allen never envisioned himself in-house. That stretch, from 1994 to 2014 at Sorling Northrup, was much to his liking, private practice allowing for independence and case diversity. But BRANDT had its own appeal, being a company where he could apply his background in agriculture and be part of an executive team.

This year has been especially lively with the company hiring technical experts, as well as expanding sales staffs in China, Central America and the Caribbean. As part of its marketing and customer activation efforts, the company sponsors race teams in the NASCAR series, as well as the Porsche GT3 series in Brazil.

Not only have these efforts helped build the BRANDT brand across the world, Allen says, they have also contributed to one of the company’s values—to have fun, Allen adds. The company’s future seems further assured with Rick Brandt’s 21-year-old daughter being readied for leadership.

Coming to BRANDT has been a good career move, Allen acknowledges. There’s much opportunity, in the U.S. and worldwide, as growers depend upon the company’s products to stimulate production and ward off pests. With the company having the means to fortify farmers in the sun and snow belts alike, the produce should keep arriving from all directions. 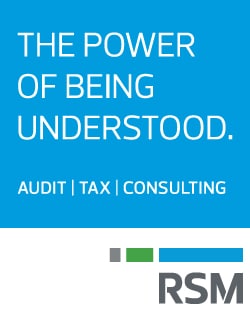 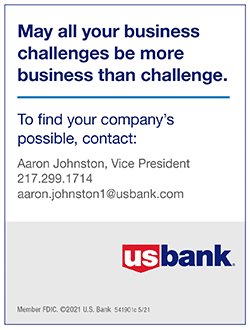