The term wasn’t in the corporate vernacular during the mid-2000s but Julia Oltmanns was already applying DEI initiatives—diversity, equity, inclusion—as an employment lawyer elsewhere. When she joined the legal staff at the Chicagoland headquarters of Zurich North America in 2016, she found herself among kindred souls.

Now, she considers her employer one of the world’s most socially responsible insurance companies, emphasizing how DEI and sound business principles are two sides of the same coin. For proof, she says one only needs to look at how DEI has been seeding Zurich with new talent in recent years. 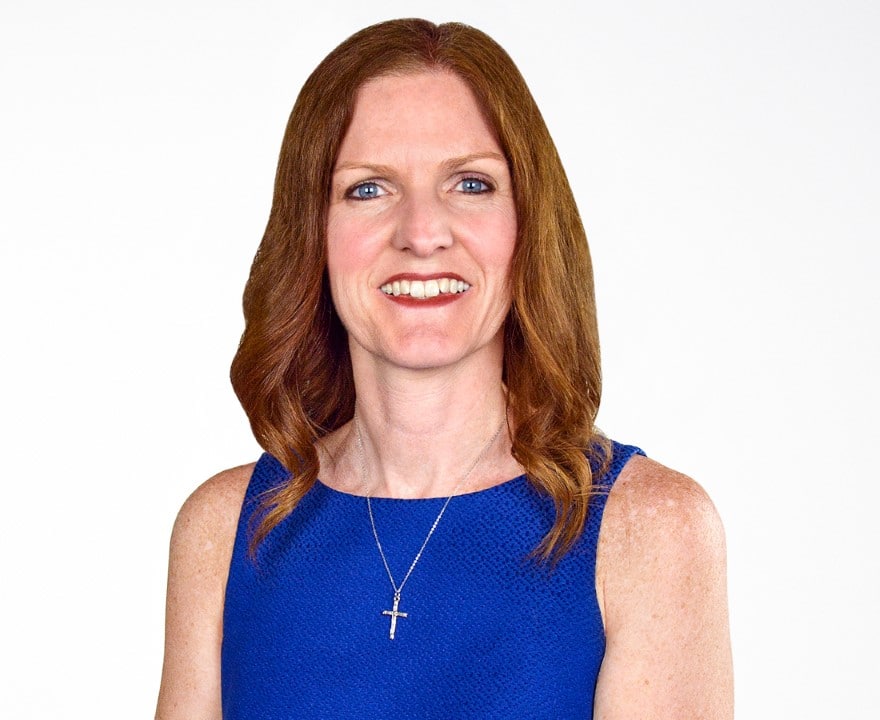 While an insurance career might not have been a familiar path for under-represented groups in the past, hundreds of individuals have been taking advantage of a two-year paid apprenticeship Oltmanns has helped to support since coming to Zurich. The suburban headquarters being the starting point, the program has spread to Zurich’s New York City and Atlanta operations, as well as to select rural states.

Each spring Zurich solicits applications from a diverse pool of candidates, including military veterans, high school or GED graduates, and those looking to return to work after a hiatus, for three-days-a-week job training and two days of targeted coursework through community colleges. Apprentices who complete the program earn an associate degree, are offered a full-time position at Zurich, and accumulate skills applicable for any career.

“We were the first insurance company to begin such a program, and we now have apprentices all over the country in all business units,” the personable Oltmanns tells Vanguard in August as another program commences. “We’ve shared information about our program with other companies and that’s created more opportunity for students. Of course, we’ve had to adjust to the pandemic with online schooling, but we’ve still expanded the program.”

And the apprenticeship isn’t the only DEI initiative Oltmanns is passionate about.

A place for all

Zurich has thousands of employees, including many who find their faith complementary to the job. Oltmanns says faith and spirituality are often overlooked aspects of diversity, so she became a founding member of Zurich’s faith-based employee resource group, Good NewZ, and created an Interfaith Network for employees of all faiths to work together.

“So many individuals feel like they need to hide that part of themselves at work,” says Oltmanns, who has served as assistant vice president of employment law since her hiring. “We want to make sure that’s not the case. It’s a valuable part of their identity.”

Employment law being her specialty, she’s been supportive of other employee resource groups that focus on LGBTQ+, Black, Asian-American, Latino and veteran communities at Zurich. She’s also a founding member of AbilitieZ, a group that raises awareness and support for those with disabilities, and she helped to plan the Women’s Leadership Summit led by the Women’s Innovation Network ERG at Zurich earlier this year. 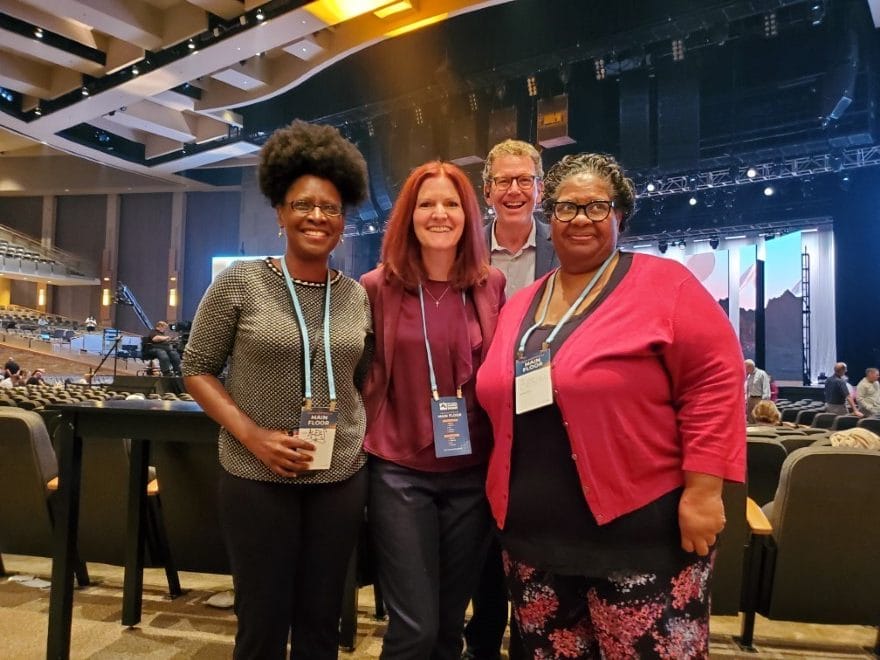 “What’s really great about our ERGs is that they allow our colleagues to build bridges that may not exist in other parts of society,” Oltmanns says. “Unfortunately, in the greater society, people do separate into groups and create divisions, but when people work side by side, they have a chance to learn about others with different life experiences. Barriers can really be broken down.”

She believes in celebrating this diversity while still promoting unity in areas where she feels there should be no division.

Chicago being among the cities most affected by last year’s racial strife, Oltmanns—a white woman—beckoned Black colleagues and everyone interested to join her in monthly get-togethers to talk about equality and reconciliation. She wanted to look at the challenges from several perspectives, she says, noting systemic racism and the socio-economic barriers stacked against minorities.

Among the external contributors to Oltmanns’ efforts has been Chicago Police Sgt. Jermaine Harris, who lives and works with diverse residents of the West Side. He shares his experiences and insights with Oltmanns and Zurich’s Good NewZ group as part of his efforts to raise awareness, advance social equity and be a role model to young people.

He has talked with Oltmanns about his work to preempt violence and earn the trust of the community so that law enforcement can make a positive difference. He and Oltmanns are working together on Community Leadership Fellows, a new program to develop future leaders.

Oltmanns talks with Harris, and the students he mentors, about Zurich’s apprenticeship program and her company’s desire to help other companies provide more of these career pathways, raising awareness of these opportunities in communities like the West Side.

As the daughter of David and Edwina Warner, Oltmanns had quite the role models when growing up in Benton, Illinois. Her father was a farmer who took to retraining out-of-work farmers and miners. Her mother was the only female lawyer in rural Franklin County.

“The ‘lady lawyer’ they called her,” Oltmanns chuckles. “Everyone used to ask me, ‘are you going to be a lady lawyer like your mom?’ Yes, I followed in her footsteps.”

But while mom distinguished herself in family law, daughter gravitated to employment law after earning her law degree from Loyola University Chicago in 2000. After honing her skills for nearly seven years at Franczek P.C., a Chicago firm noted for labor and employment expertise, Oltmanns went in-house with Laidlaw Education Services, followed by stints at Motorola Solutions Inc., Zebra Technologies and the Illinois State Board of Education, where she was first deputy general counsel and ethics officer. 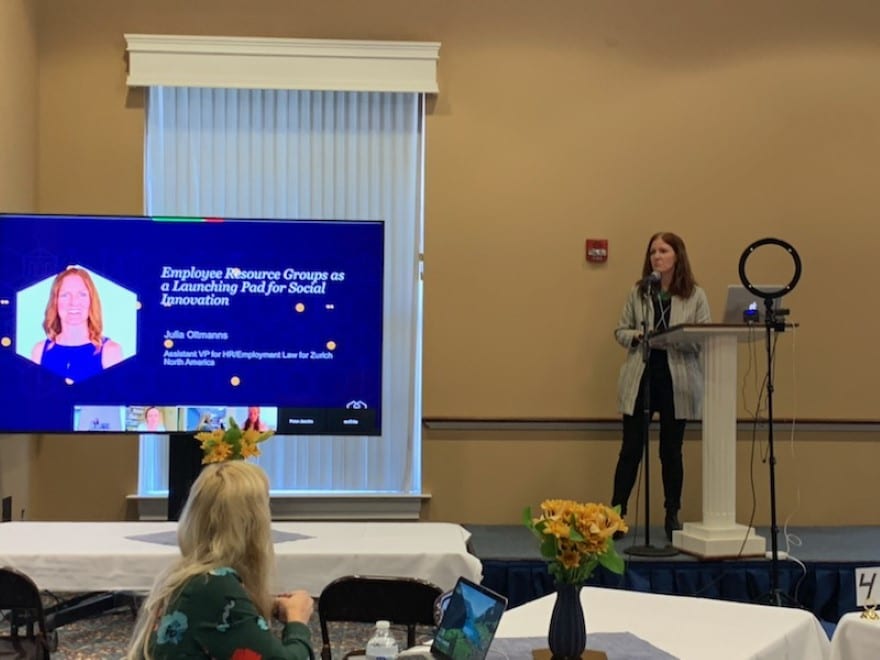 Then came the Zurich opportunity, which has enabled Oltmanns to pursue initiatives beyond an employment lawyer’s normal scope.

“I’ve always believed that there should be no harassment or discrimination in the workplace and thought I’d have a better chance of influencing by being inside,” says Oltmanns, one of Zurich’s three employment lawyers. “I’ve now spent 14 years working on initiatives advancing diversity, equity and inclusion in different organizations, but unfortunately, we still have much work to do as a society.”

She’s been overseeing those projects from Dyersville, Iowa, where Oltmanns, her husband and their two high school-age sons moved during the pandemic to be closer to family. Though it’s a couple hours from Chicago, it has its charms, it being where “Field of Dreams” was filmed in 1989 and where the White Sox beat the Yankees last August in a game that counted in the standings.

It could be something in that movie resonates with Oltmanns’ modus operandi, with its themes around believing in reconciliation and seeing opportunity where others see challenge. A workplace, too, is a place where differences must be reconciled and opportunities exist for greater good.

“We’ve got to be empathetic of the experiences of others,” she says. “Every one of us must walk away with a greater understanding for the other person’s perspective.” 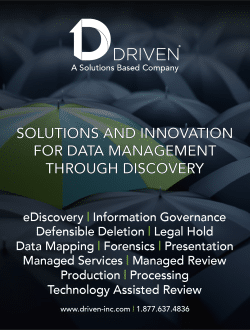