It’s a site that makes her glow, nearly 500 sprawling acres of 400,000 shiny rectangular modules sucking in solar rays in a remote valley 30 miles north of the Chilean capital of Santiago.

For Paulina Cox Vyhmeister had a strong hand in making this project a reality, and it’s a major contributor to her homeland’s goal of phasing out coal-powered energy by 2040 and being carbon neutral a decade later.

“I’ve probably said it a million times and I’ll say it again,” she tells Vanguard in March. “It makes you feel so proud and happy to have a purpose that’s good not only for your country and your company but globally.” 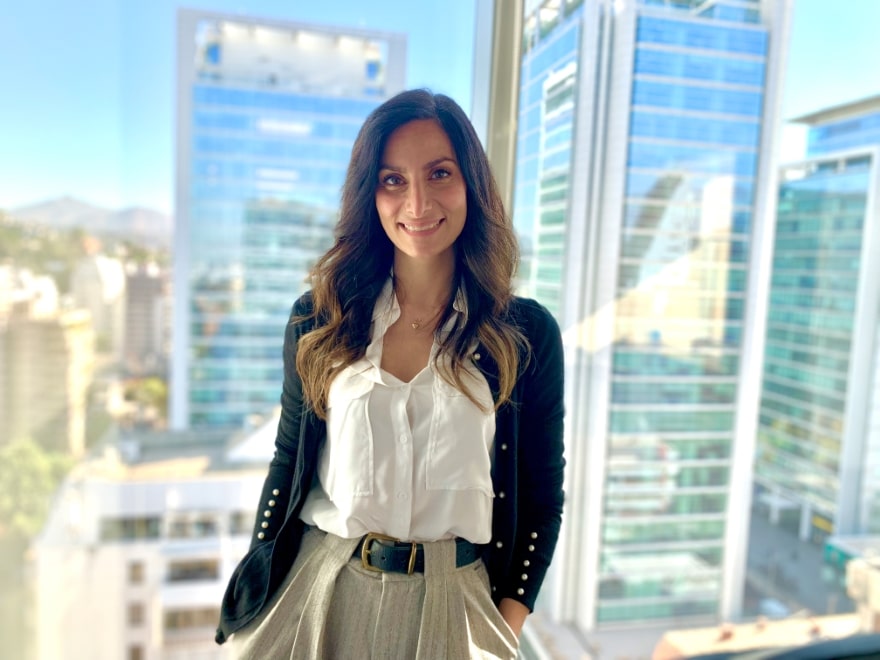 Commissioned in 2018, the Santiago Solar photovoltaic plant generates enough eco-friendly energy to equal the annual electricity consumption of at least 90,000 homes. Impressive as it is, soon it’ll be dwarfed by another monument to progress that Cox has also furthered as the company’s legal boss since August 2016.

Meanwhile in central Chile, the Cabo Leones wind farm—equally owned by EDF Renewables and a Spanish partner—has been availing its 115 megawatts to 20 energy distributors since late 2016. It recently expanded with 12 more turbines with Cox’s department overseeing the details.

A wholly owned subsidiary of the French-headquartered EDF Group, EDF Renewables of Chile was a relatively new and lawyer-less entity when Cox joined as in-house counsel six years ago. Having acquitted herself in legal and compliance roles with two other energy companies, she seemed the business-minded lawyer who could position her new employer for continued growth in the country’s burgeoning green energy sector.

Chile’s regulatory structure encourages companies to produce or use sustainable power through favorable bonding and tax incentives, but, as Cox explains, it’s a detailed process that needs legal oversight. She built from scratch the department that now comprises her and two other lawyers, an engineer who serves as contract manager, and an intern. 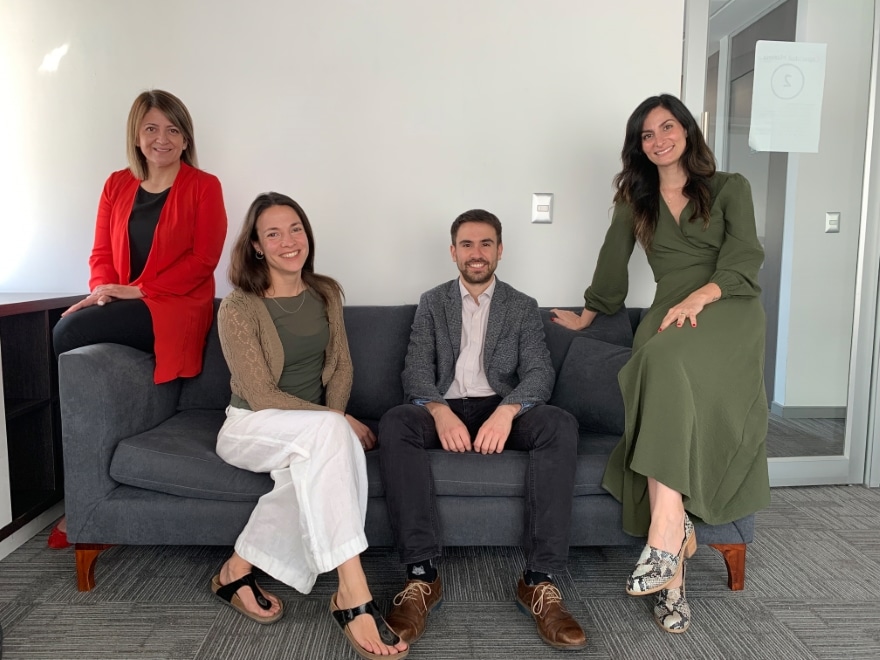 At first Cox only advised on legal matters, but her responsibilities grew as she demonstrated competence in negotiating, personnel matters, onsite safety, compliance and community relations. The need for real-time contract management overdue as EDF Renewables pursues more big-ticket projects, she’s working with the infotech department to have the software in place later this year.

“The opening of our new contract management area is part of the innovation and evolution of our legal area that allows us to efficiently oversee one of the most important aspects of our business, which are our contracts, identifying risks and building tools of our own to mitigate them while working very closely with professionals from other disciplines in our company,” she says.

“Our strategy is to become one of the most important players in the energy sector,” she says. “We’re not just about investing in and selling plants; we’re also developing and building and operating our own projects.”

To further help, she’s assumed the role of ethics and compliance officer for her subsidiary, which allows her to analyze and oversee potential risks. And, she says, to mitigate or eliminate risks for the business to move forward.

Cox’s ethics and compliance roles also took on more importance during COVID-19, which closed the Santiago office for part of 2020 and necessitated safety protocols among the hard hats. But each of the past six years has brought on a different challenge, she says, and her role calls for fast adjustment to whatever the circumstances pose.

“My position today is very different from what it had been in 2016,” she says. “I consider myself a professional woman who’s not just a lawyer.”

Nowadays, she emphasizes, an effective department must be an innovative one, focused on business and participating in company strategy. 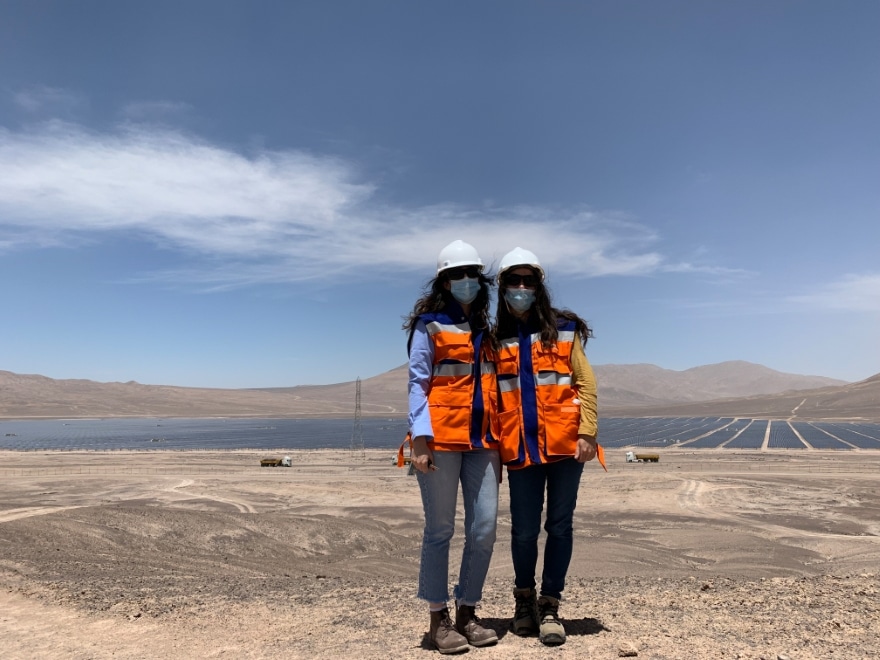 Her credentials have evolved, too, the Universidad Adolfo Ibanez law graduate having just earned a diploma in corporate governance as it applies to ESG initiatives and now finalizing a master’s in energy law from Universidad Mayor.

Still, energy law wasn’t on the young Cox’s mind when she interned with The Lama Law Firm in Ithaca, New York, in 2012. That move was about improving her now fluent English and immersing in foreign culture. Upon returning to Chile the following year, she was legal counsel to a member of the National Congress. While she never seriously thought of a political career, Cox now looks back on that experience as critical to her understanding of how legislative bodies operate.

Yet she knew little about that industry when applying to be a project lawyer at Energía Andina in 2013.

“The more I learned about geothermal energy, the more I saw it as a romantic subject,” says Cox. “I also wanted to work internationally, and that company had foreign shareholders.”

It also was partially owned by the Chilean subsidiary of Origin Energy, where Cox served as legal counsel from 2014 to 2016. Then came the move to EDF. The company, she says, has enabled and encouraged her to develop to her potential, also allowing her to adjust her schedule when pregnant. 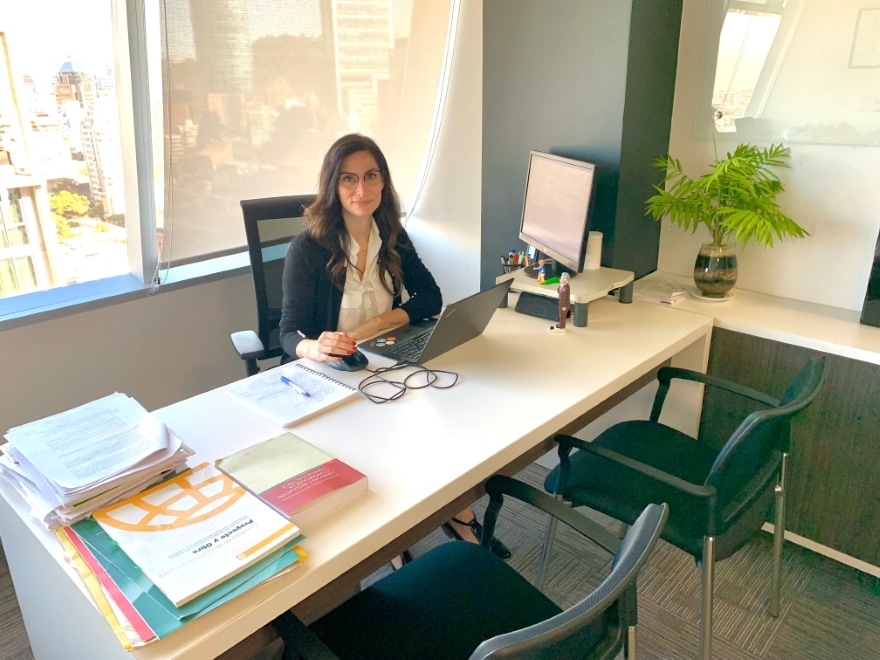 Cox is now the married mother of a 4-year-old son, and when time permits, pursues outside interests such as singing and fashioning handcrafts. Though she calls herself a frustrated artist, her role at EDF Renewables has its own rewards.

“It’s not always easy to find a high purpose in legal work when you’re reading papers and going over contracts,” she says. “But when you travel to a site and see a project built and watch the news and learn how your country has increased the renewable energy matrix, it makes you feel proud to have been involved in it from A to Z.” 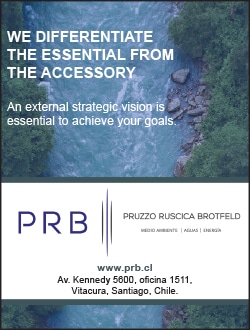