Shaun Wrubell has lots of energy

In some ways, representing oil companies is about as far from representing renewable power producers as it gets. In others, it’s practically right across the street.

Shaun Wrubell worked for a Canadian oil sands company during a period of explosive growth in the industry. He was also around when oil prices dropped dramatically, and the industry faced uncertainty. So, when Calgary-based BluEarth Renewables came calling, he saw it as an exciting way to apply his experience in corporate and energy law to a renewable energy company. 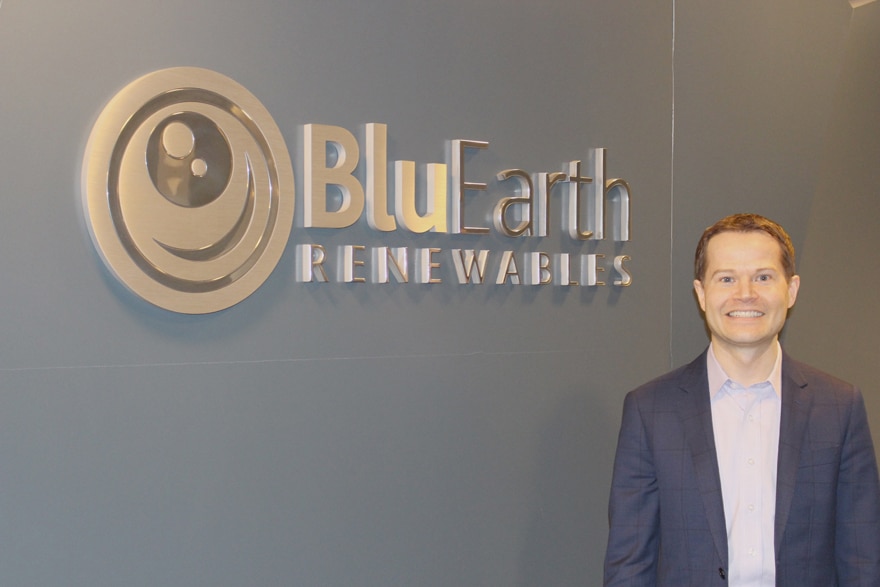 In so doing, he went from a company that at times courted controversy (and was the subject of a hostile takeover) to a rapidly growing alternative energy provider that’s bringing renewable power to the market—while constructively engaging project stakeholders, including indigenous people.

“If you’re building an energy project these days, especially in Canada, there’s often going to be a First Nation component,” Wrubell says. Where BluEarth shines is in taking time to learn about our partner, their unique culture and business goals. It’s about continuous engagement, not just at the outset.”

When it comes to projects involving indigenous people, that engagement takes the form of regular meetings, visiting communities, getting together with leadership and continuous engagement and communication.

“BluEarth believes deeply in developing renewable energy projects in partnership with indigenous peoples in a way that balances social value, environmental protection and the principles of shared revenue,” Wrubell says. “We have great respect for the traditions and knowledge of indigenous peoples, as well as the value their involvement adds to projects.” 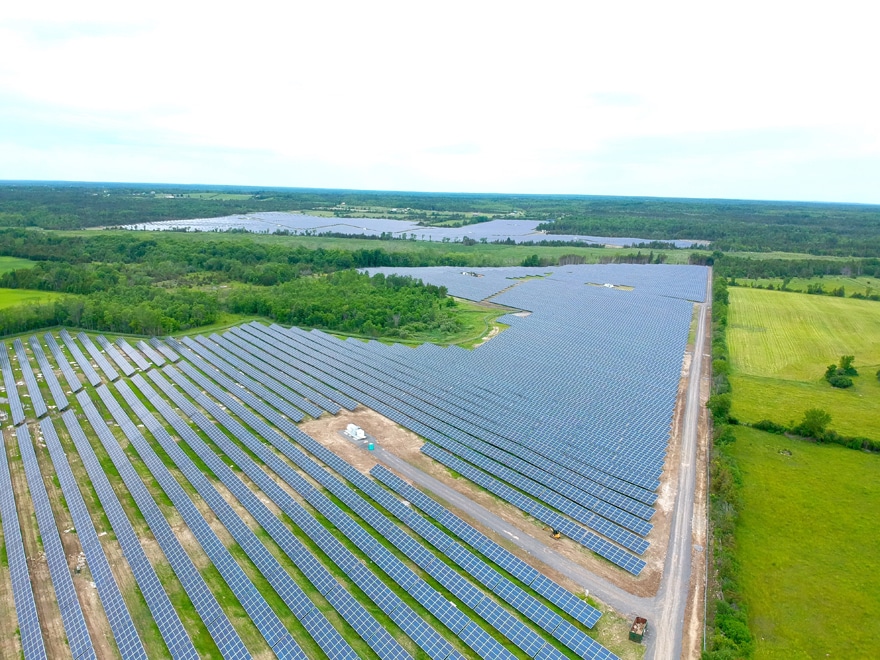 Wrubell acknowledges that, while having a good understanding of, and respect for, the legal framework governing the relationship with indigenous peoples is important—the company is a proud partner with several First Nations on many of its facilities—effective engagement and communication are just as important.

“We do a really good job of taking the time to learn about our partners’ viewpoint and business goals—whether First Nation partners or others,” he says. “With any partnership, especially long-term ones, you have to build trust. Honesty and transparent communication are important. It’s key to our growth and success.”

Much like Wrubell’s career, BluEarth has evolved in some unexpected ways. After having the Ontario Teachers’ Pension Plan as its majority shareholder for several years, the organization was purchased by DIF Capital Partners in 2019, an independent infrastructure fund manager. 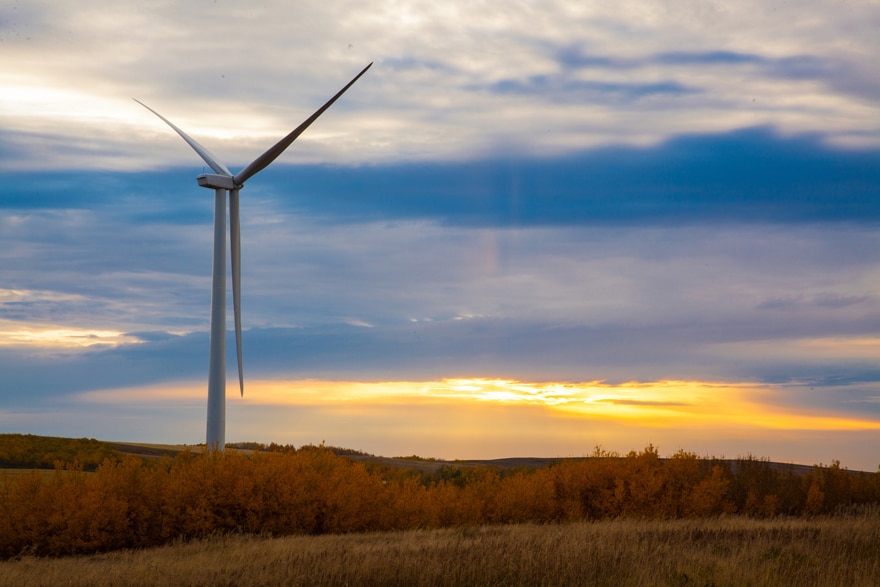 Wrubell led the legal structuring of BluEarth’s U.S. foray: working with the BluEarth functional teams on due diligence and regulatory work; evaluating risk management, governance and tax issues; setting up the legal entities; and so on.

“You do all the normal course work to purchase an asset and all teams are engaged but, before you even get there, you have to think about starting a new company in another country,” Wrubell says. “What does that mean from a risk management and governance perspective? How do you structure a business in a different country to then own the asset?”

November 2019 saw final transfer of the business from the Ontario Teachers’ Pension Plan as DIF Infrastructure V took 100 percent ownership of BluEarth—a transaction where Wrubell was a key member of the team.

It capped a great year for Wrubell, who was named as a finalist for both the 2019 Western Canada General Counsel Awards (Tomorrow’s Leader category) and the 2019 Lexpert Rising Stars award. He also co-authored and co-presented a paper on regulatory and commercial challenges in the context of private power purchase agreements for renewable energy, for the Canadian Energy Law Foundation’s 2019 Jasper Research Seminar.

Indeed, it’s quite the leap from where Wrubell was just five years ago, when his former employer, Canadian Oil Sands Limited, was in a hostile takeover by integrated energy company Suncor.

Eager for a change of scenery, he started to look for a successful renewable energy company—one that was growing fast.

“Good renewable energy jobs are not as abundant as oil and gas jobs in Calgary,” Wrubell recalls. “When I was a corporate lawyer in private practice, most of our clients were oil and gas companies. So when the position at BluEarth came to my attention, it looked very interesting.”

When Wrubell started at BluEarth, he didn’t have to move far: Canadian Oil Sands was located in Calgary; so was BluEarth’s head office. 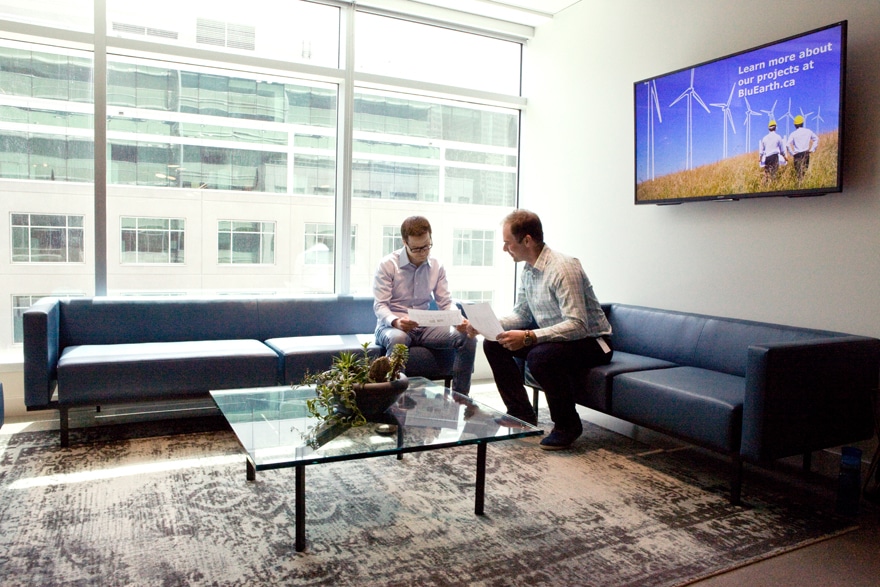 “There was a lot of corporate governance, securities compliance, financing and capital markets work,” Wrubell explains. “BluEarth is privately owned, so one of the major differences is there’s no public company compliance work or market disclosure obligations. It’s a lot more dynamic, with wind, solar and hydro projects across North America. It’s more growth focused and has a highly entrepreneurial environment. I founded the internal legal function and structured and grew the team. It’s been a great experience.”

Wrubell has since broadened his own portfolio as a member of the executive team: assisting the CEO and other members with the development and execution of BluEarth’s strategic plan; leveraging his experience in M&A, strategic partnership agreements and commercial agreements—all while working with the shareholder, board of directors and executive team on corporate governance matters.

Dotting i’s and crossing t’s on the prairie

Not every piece has proved a seamless fit, however. Wrubell also has a chief privacy officer role that requires him to make sure certain systems are in place.

“I drew the short straw,” he deadpans, adding that Canadian privacy laws are more developed than in the U.S.

He also works with the other functional teams on cybersecurity issues, one focus area being the development of a cybersecurity crisis management plan. Wrubell began to ask: “What do we do when we are hacked?” 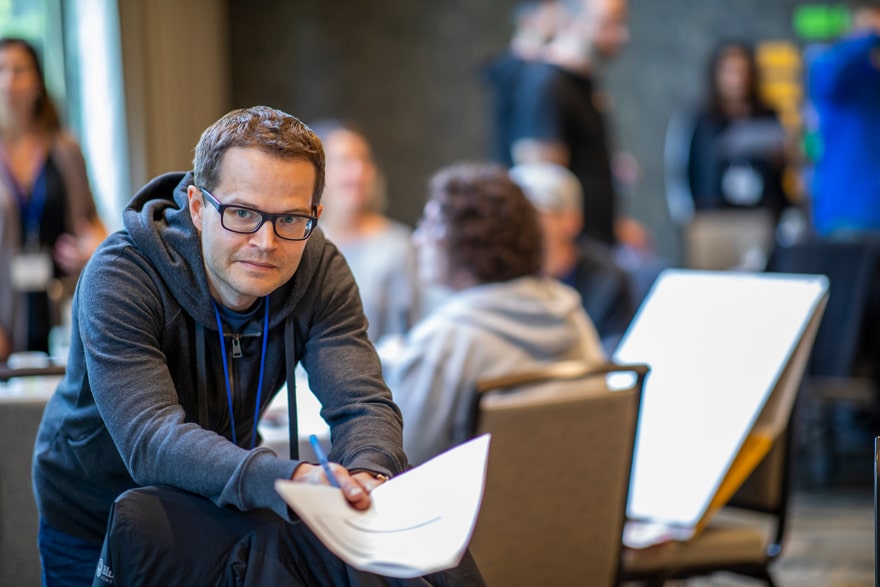 Cyber breach training followed, including an exercise in which a mock dating website for lawyers was compromised by ransoming hackers homing in on the married ones.

But with acquisition projects taking most of his time, Wrubell is always doing work to manage the company’s new renewable energy facilities.

Structuring BluEarth’s legal department to scale with the company’s expansion and providing oversight and support with respect to BluEarth’s land contract management plan has been another big goal.

“Managing the company’s land contracts is increasingly important with expansion,” Wrubell says. “Having a plan to ensure proper contracts are in place to maintain contiguous land control and ensure the registration and security of existing land positions, is critical given the wide scope of markets BluEarth operates in.”

Wrubell says it’s been rewarding to be a part of the management team and to have a say in the strategic direction of the company.

“It’s a fun but often difficult process to develop, build and acquire renewable energy facilities in multiple markets in North America,” he adds. “It’s rewarding to see a project come to fruition and know that BluEarth is delivering renewable power to the grid in successful cooperation with our stakeholders.” 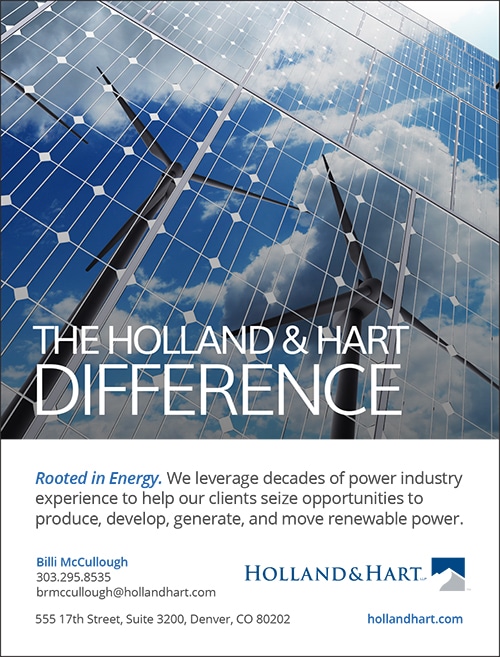 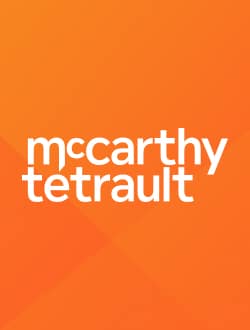