He’s an innovator by trade and a visionary by philosophy, but Chad Sayers—unlike the other folks profiled in Vanguard—is no lawyer. Having never completed his undergrad studies at Dixie College, the only diploma Sayers can claim is from the school of hard knocks. But it’s there where the energetic and sometimes eccentric man thinks he just might be able to teach some lessons in the realm of global commerce.

For Sayers is founder and boss of Saygus, a Utah company vexed by delays in its grand plan of bringing to market what it touts as the smartest smartphone yet, the so-called V SQUARED, boxes of which await final testing and delivery to reviewers, while a new and improved successor is already on the drawing board. 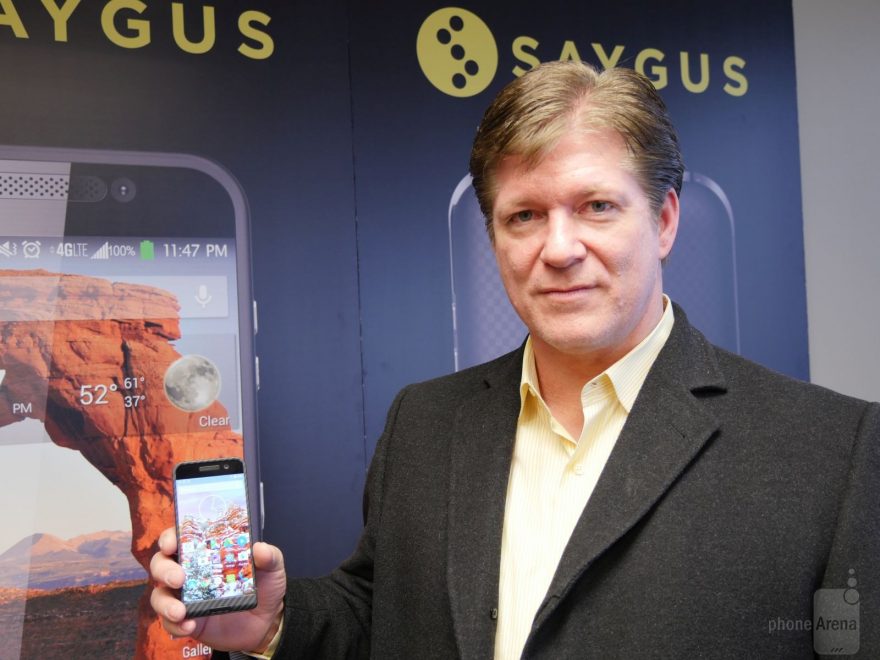 The Federal Communications Commission OK’d the V SQUARED last September. It’s ready for AT&T and T-Mobile networks, and while Sayers no longer gives a timeline as to when it’ll be on shelves and online, he will say the process is at last being expedited.

Seems he and his legal team have wised up to what Sayers calls the pitfalls of entrusting the V SQUARED’s manufacturing to three Chinese companies that allegedly have been remiss on their end of the deal.

“It’s the Wild, Wild West of the Far East when it comes to doing business there,” the very quotable Sayers tells Vanguard in June. “But there’s a new sheriff in town.”

Actually it’s a few unnamed Chinese bureaucrats whom Sayers says have come to Saygus’ aid after a well-placed call from him, the government perhaps mindful that manufacturing issues made public bode badly for the nation’s standing in a global economy.

Until recently, Saygus had three civil suits pending against its Chinese partners. One case was resolved to the company’s liking with another likely to follow, Sayers says, with negotiations well underway to settle another and him optimistic about how that one will be consummated.

“That’s the way to get things done over there,” Sayers says. “When you develop a relationship with the right people and they know it’s in the national interest to smooth out the problems, they will. … So we’re finally turning the corner, but I hesitate to say ‘when.’” 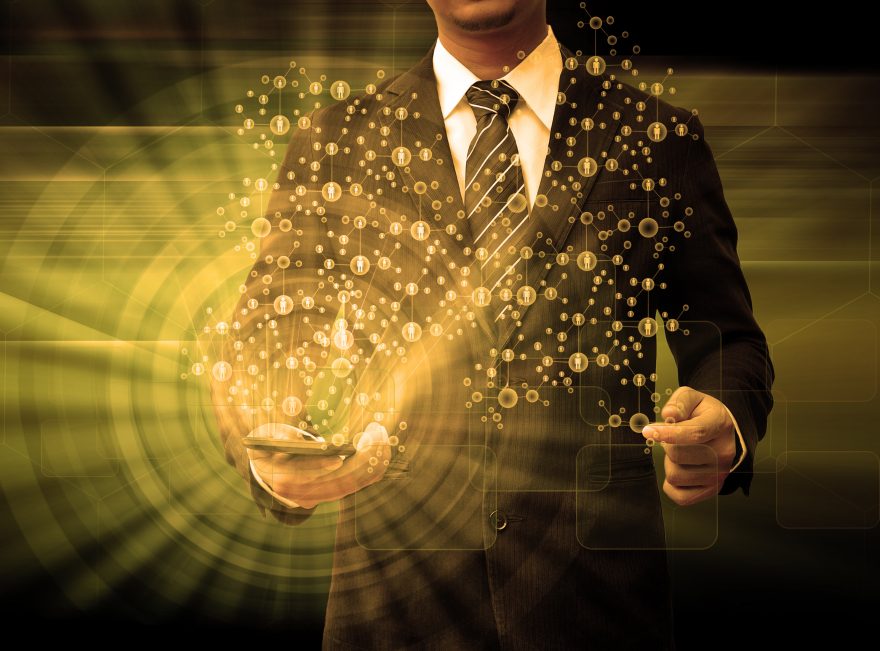 Understandable; “when” is a word Sayers has said since 2015, only to be frustrated by factors he considers beyond his control. That, too, is changing, he assures.

“We’ve learned to take control of our own destiny,” Sayers states. “We’ve got our own engineering department, hardware and software developers, and channel components suppliers. We’re doing more and more in-house.”

So, Sayers is asked: Anything you don’t have?

“What we don’t have is a leg up or an investor with $50 million,” responds Sayers.

He’s grateful for the $1.3 million that Saygus scored from crowdfunding in 2015, but might be just a bit envious of engineer-entrepreneur-venture capitalist extraordinaire Andy Rubin, who years earlier raised $300 million for one of his early projects. 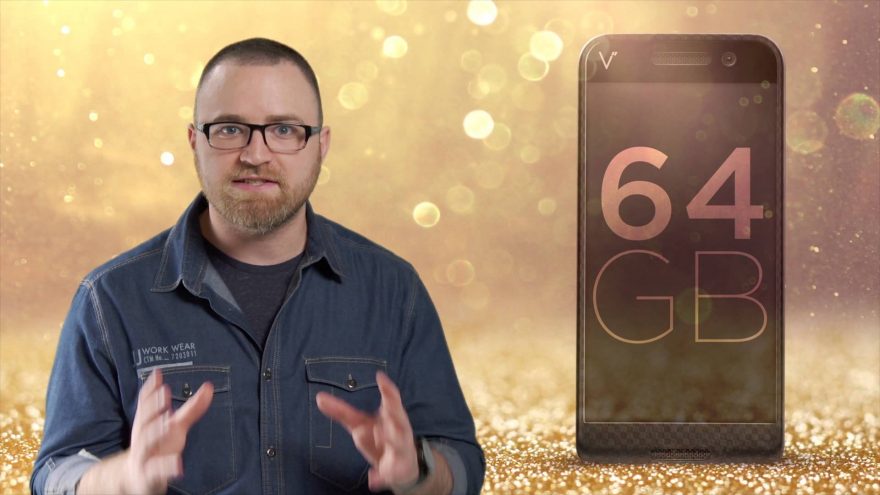 “I wish some of those folks would give me a call,” Sayers says, emphasizing that since its 2005 founding Saygus has distinguished itself on the tech front and V SQUARED is on the verge of revolutionizing the smartphone industry. Furthermore, with an international partner poised to open the door to a 1-billion strong market, Sayers is eager to launch an initial public offering. But some serious seed money would sure help the cause.

“We’ll get the investors their money back,” he vows. “The product is groundbreaking. Other companies won’t take the responsibility of doing something different and are putting out also-ran, me-too products. That’s what the V SQUARED is not.”

As to what the V SQUARED is, Sayers says it’s loaded with exclusive features that put its competitors to shame.

Amenities include the Qualcomm Snapdragon 801 processor with its quad custom Krait CPUs that enable sharper images, faster processing, more advanced connectivity and longer battery life. The remarkably light device is also said to be waterproof with almost unlimited memory storage, sharper video recording and better performance of the very function smartphones were created for: person-to-person communication. Its anticipated price range of $650-$750 further makes it a no-brainer for the discerning customer who otherwise might spend hundreds more on a less comprehensive product, Sayers says.

Upon its debut at the Consumer Electronics Show of 2015, V SQUARED won the CES Innovation Award in the Wireless Handsets category. Later that year it was named Best of CES by Gizmag (now New Atlas) and Top Disruptive Innovation at CES by Forbes. Further accolades have come in from the Mobile World Congress and the state of Utah, where its capital of Salt Lake City now boasts the moniker of Silicon Slopes.

The great first impression notwithstanding, Saygus has had to push back its shipping several times, disappointing those who offered $500 to pre-order the V SQUARED. The logistical problems weren’t unique; a young company is bound to be at a disadvantage in a smartphone market dominated by giants growing bigger, Sayers acknowledges.

Even Apple needed eight years of uber-costly R&D before its iPhone could be launched in 2007. Sayers isn’t necessarily looking to go mano-a-mano with Steve Jobs’ baby; he just thinks V SQUARED will speak for itself—loudly—in an ever-changing telecommunications industry.

But first those oft-delayed V SQUAREDs must undergo a final round of tests and consumer reviews before a high-stakes groundbreaking, whose delay has frustrated Saygus customers and, even more so, Sayers.

“I’m not a guy who normally throws a fit but when it’s midnight or 1 a.m. at the office, I may stomp my feet or throw something unbreakable in frustration,” he says. “We’re on the verge of changing the smartphone world, but it’s difficult to get people on our side and our website has gone down twice because of phony hits.”

To be sure, Sayers’ is a world where patience is both a virtue and a necessity. But rewards come to those who wait, and while Sayers won’t say when the V SQUARED will be yours to hold, he will say it’ll be sooner rather than later and if it’s as good as promised, it’ll be worth the wait.