Never one to bind his staff

One of the best lessons Mark Sproat ever learned wasn’t at Loyola University Chicago School of Law; it came well after establishing himself as a capable and ambitious in-house lawyer at the former Hewitt Associates, an Illinois-based human capital, outsourcing and management consulting firm that became Aon Hewitt following its 2010 acquisition by the British multinational insurance broker, Aon.

Hewitt’s farsighted general counsel at the time, Steven J. Kyono, didn’t want his legal staff isolated in some sort of corporate ivory tower. On the contrary, he would embed the lawyers in other departments. That way, they would be more than consultants for legal advice. And not only would they have a greater say in Hewitt’s overall operation, they would be more well-rounded. 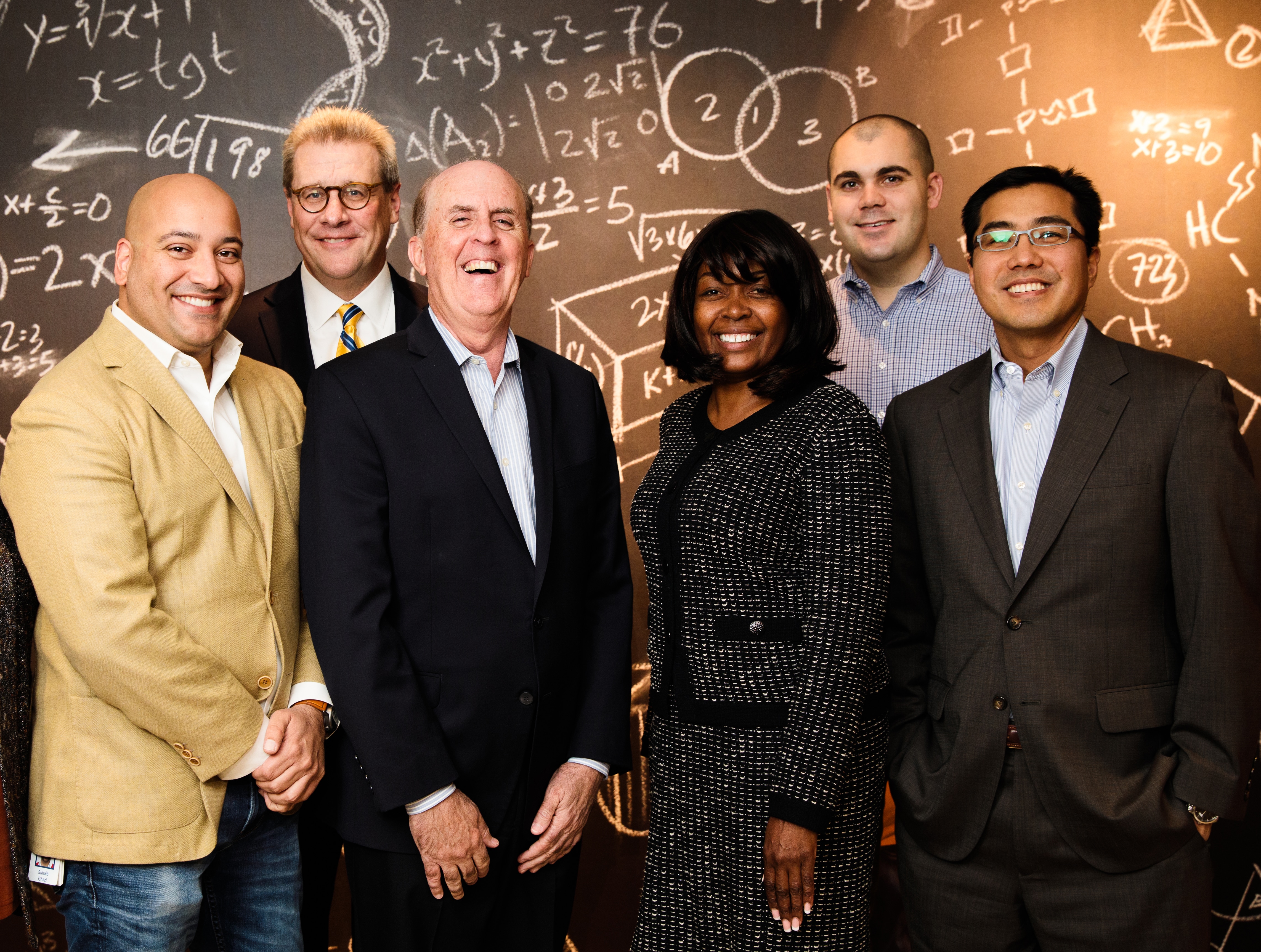 Upon leaving Aon Hewitt in 2013 to become executive vice president, general counsel and secretary at another Chicago-area company, Follett, Sproat brought that philosophy with him, to the seeming approval of all concerned. Since then, when issues arise involving human resources, e-commerce or intellectual property, a mini general counsel is on hand to answer the call and, more often than not, resolve the matter without anyone having to call upon Sproat.

“I’ve had more than one executive say, ‘I love working with that lawyer. He or she really knows our department well and gives us sound advice,’” says Sproat, who supervises a legal team of seven for the venerable company noted for educational products, services and technology. In addition, he oversees 30 additional staff members responsible for asset protection and facilities maintenance.

“I delegate; I don’t want to micromanage my staff. I allow them to have the freedom to make sound business decisions if they’re able to back them up.”

“I delegate; I don’t want to micromanage my staff. I allow them to have the freedom to make sound business decisions if they’re able to back them up. When a business unit leader looks to one of my staff for counsel and is satisfied, it’s almost like the quarterback and receiver are on the same page.”

And that’s becoming more and more important at Follett, where constant corporate evolution necessitates ongoing revisions to the game plan.

By the book and more

Its roots going back to a late 19th-century bookstore in Wheaton, Illinois, Follett continues to sell books, but the modern educational world comprises far more than bound pages between covers.

E-commerce now commands much of Follett’s attention, with digital offerings and text rentals among the services demanded. Its value enhanced by major acquisitions in recent years, Follett has become a $3.4 billion privately held company, serving more than 5 million students at its more than 1,600 physical and online stores, and employing some 12,000 associates throughout the United States, Canada and other parts of the world.

It may only be getting bigger.

Responsible for such areas as asset protection and facilities in addition to legal, Sproat is well-versed in stock and asset acquisitions, commercial transactions and finance. In 2015, he and his team ironed out the complexities that enabled Follett to buy Neebo, the retail division of the Nebraska Book Co.

Last year the growth continued, with Follett laying claim to being the world’s largest single source of curated content and multimedia through its acquisition of Baker & Taylor, a leading distributor of books, video and music products to libraries, institutions and retailers.

While Sproat’s legal interests have always been business oriented—in addition to his law degree, he has an MBA from Loyola as well as undergrad degrees in sociology and business management from Eastern Illinois University—there’s still the litigation aspect of his duties, and he’s both aggressive and practical.

On his watch, there’s been the successful resolution of a large international claim, class-action lawsuits and multiple patent trolls.

In June, Follett was served with a lawsuit filed by publishers Cengage Learning, McGraw-Hill and Pearson Education, alleging the knowing sale of counterfeit materials. Sproat called the claim baseless, and stressed that as an education company, Follett is committed to providing affordable materials to students and schools, respects everyone’s intellectual property and expects its own to be afforded the same regard. 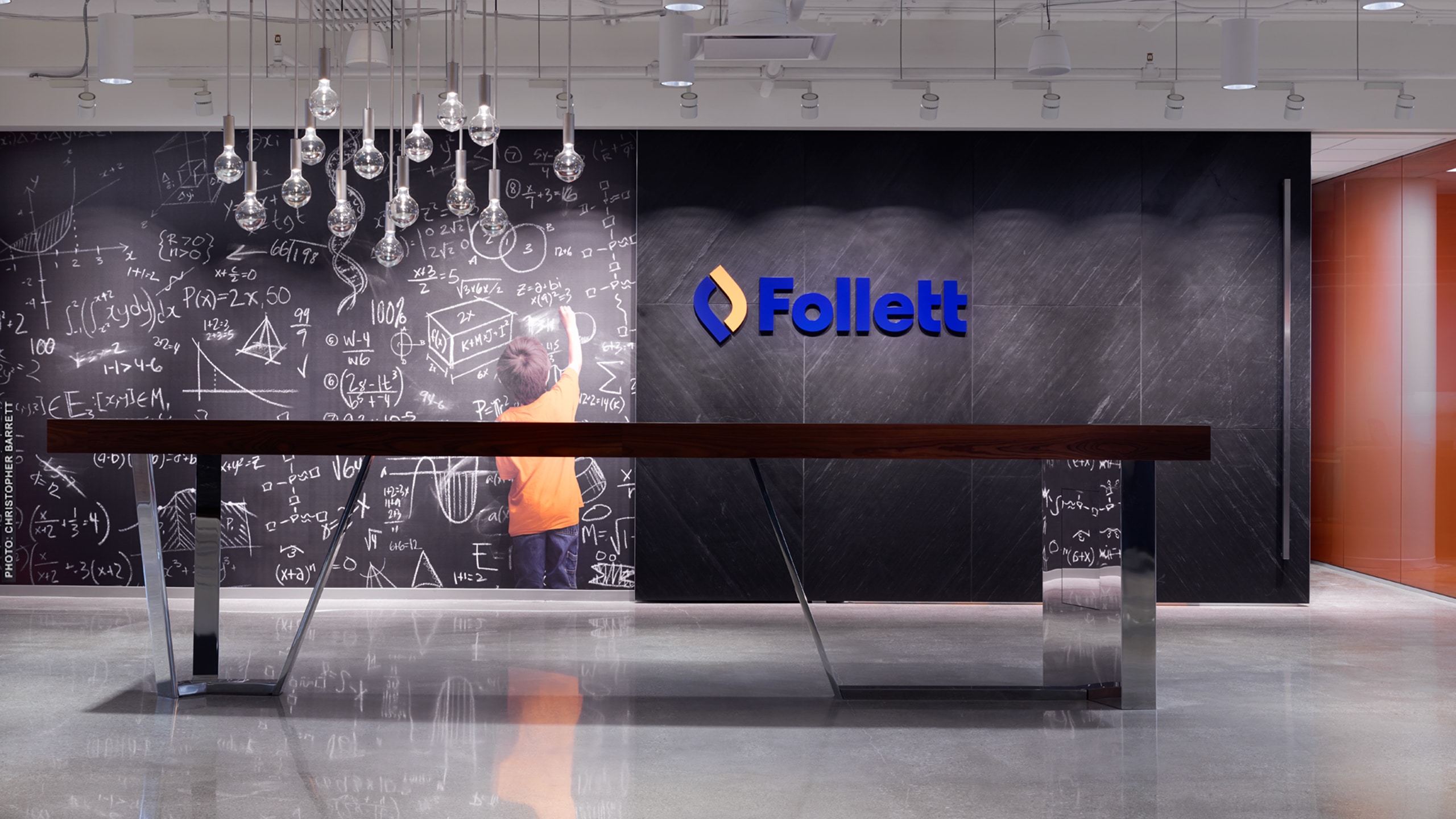 “We’ve been combating counterfeit issues alongside the publishers for years, and think this has more to do with the fact that they don’t like us selling used or rental books, all of which we obtain from legitimate providers,” the pleasant but intense Sproat states during a July interview with Vanguard. “That tends to take business from them, but we’re comfortable in our position and prepared to defend ourselves.”

Follett’s CEO, Ray Griffith, echoes that sentiment on the company website: “Counterfeits hurt everyone in the industry, and the solution requires a collaborative industry response. It’s unfortunate these publishers don’t agree with that approach.”

While Follett will contest those allegations, Sproat says the company was just being practical last year when it settled a class-action lawsuit for $3.5 million that alleged it sent non-emergency text messages, through use of automatic dialing, in violation of the Telephone Consumer Protection Act, a 1991 law that cracked down on telemarketers.

“When you’re facing class-action litigation, the costs can be huge,” he says. “We settled for a small amount to avoid the expense of litigation. Had we fought it, we believe we would have had a favorable outcome, but at a huge price. Big Tobacco used to fight every lawsuit and win, but in the long run it cost them when various state governments got involved.”

Upon being reminded that the plaintiffs’ lawyers consumed over $1 million of that settlement while others in the “class” might garner as little as a sawbuck, he just responds, “Well, unfortunately, that’s how class-action works.”

“We’re an education company and proud of it.”

“We’re an education company and proud of it,” he says.

“We support K through 12 and libraries with books and applications, and work closely with universities. We work directly with universities so students can apply their student-aid to the acquisition of books and other materials. Follett is in its sixth generation of family ownership, and does the right thing. The ‘Follett Values’ are a part of this company—they’re even on my mouse pad: integrity, accountability, customers, innovation, teamwork, and each and every team member.”

And those are qualities he looks for when openings occur on his staff. Corporate culture is critical, Sproat says. A boss must look beyond the resume and feel confident the candidate will buy in to the Follett philosophy. After all, if that man or woman doesn’t, Sproat is sure to hear about it from whatever department the new hire is embedded in.

He hasn’t had a serious complaint yet. 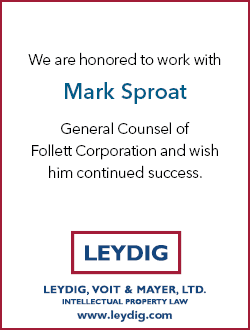