It may have been enacted a quarter century ago, but this federal legislation becomes more and more of a challenge on the compliance front for a company expanding into new product lines.

So muses David Kastin about the 1994 Dietary Supplement Health and Education Act to which his employer, The Vitamin Shoppe, must dutifully adhere. 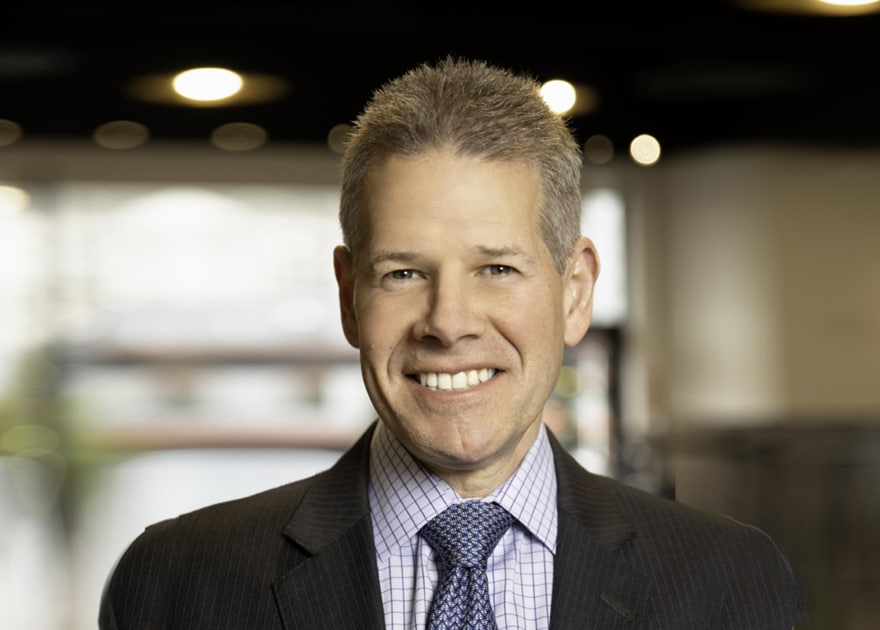 It’s just one of the many areas where he and his legal team must apply the business-first mindset toward the company’s mission of maintaining its edge in a most competitive and regulated industry. If the responsibilities include monitoring the labels of thousands of products, well that’s all in a day’s work.

For though the company’s products aren’t regulated as intensely as pharmaceuticals, the ingredients and manufacturing process still need to adhere to requirements of the Food and Drug Administration, and be free of questionable claims. Hence much minding of details.

“The best general counsels are those who can be key to the business functions,” Kastin tells Vanguard from company headquarters in Secaucus, New Jersey. “You have to understand the business and how it makes money. As a trusted business partner, for me and the legal department to be successful, we must contribute to its mission.”

The Vitamin Shoppe has over 750 outlets nationwide and thousands of health and lifestyle products, including personalized daily supplements, protein powders, multivitamins and digestive enzymes, and has recently expanded into Cannabidiol (CBD).

That latter product intensifies the need for review and scrutiny from Kastin and his department, consisting of five other lawyers as well as people in quality control, regulatory compliance and lease administration.

As he explains, The Vitamin Shoppe can’t claim a product cures sleep disorders, but can say it helps support sleep. Every claim made on a label, in advertising or on social media is first subject to the legal department’s keen eyes.

CBD just raises the stakes, it being an exciting and potentially profitable category, but one subject to a patchwork of ever-changing regulations on the state and federal level. All that’s keeping Kastin and his team busy, but he reminds that in some ways it’s business as usual. 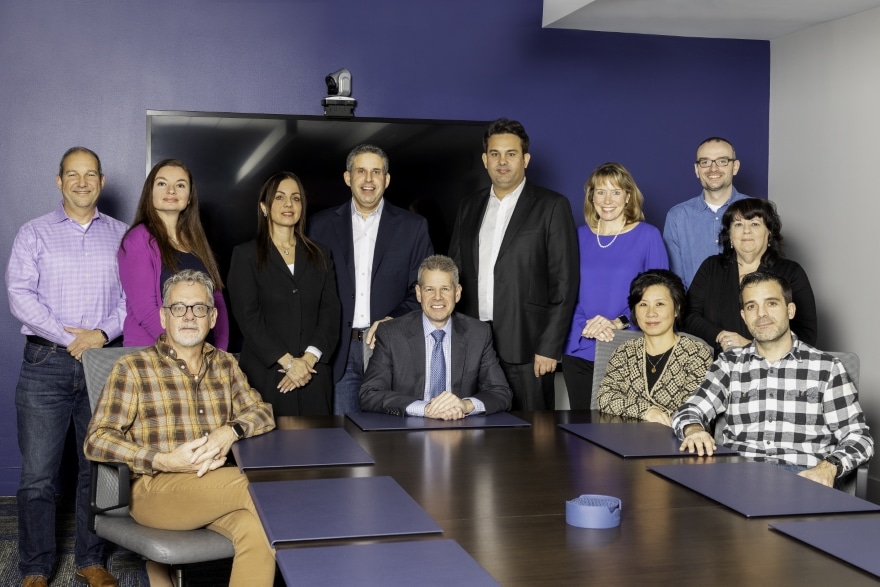 After all, he emphasizes, the company was in business long before non-psychoactive cannabis compounds became a marketable product. Besides, the industry of vitamins and dietary and nutritional supplements has always been in constant flux, as has The Vitamin Shoppe itself. Everyone there must be prepared for industry and market changes on the fly, and that’s a skill in which Kastin takes personal pride.

“We’ve been in a transition phase since before I joined,” says Kastin, who came aboard as general counsel, senior vice president and corporate secretary in August 2015 after garnering legal and business experience elsewhere on multiple fronts. “And I’ve been the turnaround general counsel for companies in turnaround modes.”

As the company turns

That most recent turnaround involves the legal department putting the finishing touches on The Vitamin Shoppe being absorbed by Franchise Group Inc.—formerly Liberty Tax Inc.—which earlier this year agreed to buy the company for $208 million.

It’s too early to know the consequences of that transaction, says Kastin, who has a lot of i’s to dot and t’s to cross before the deal is consummated. But having been through this kind of thing before, he says nothing’s likely to surprise or alarm him.

A George Washington University undergrad who earned his juris doctorate from Benjamin N. Cardozo School of Law in 1992, Kastin has been in-house since joining Toys “R” Us in 2003. There, as deputy general counsel, his duties included helping the company go private in a $6.6 billion leveraged buyout by Bain Capital Partners, Kohlberg Kravis Roberts and Vornado Realty Trust. 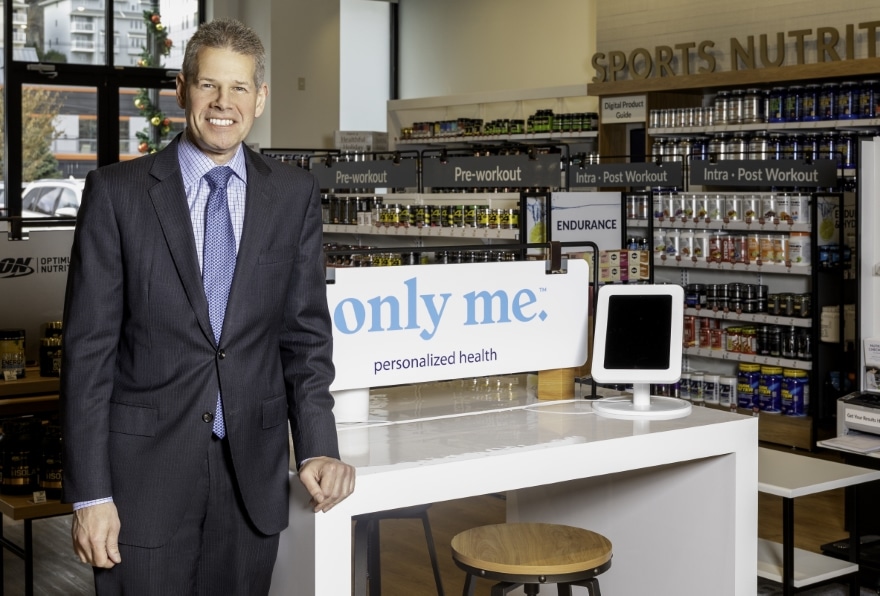 Kastin would follow that gig with a short stretch as senior associate general counsel at Sequa Corp. where he helped that industrial manufacturer sell to the Carlyle Group. From there he went to Town Sports International, the parent company of over 150 health and fitness clubs, for eight years, and then to The Vitamin Shoppe, which has been a most fulfilling role.

With stores from coast-to-coast, there are real estate matters—new leases, renewals, rent reductions and store closures—for Kastin and his crew to negotiate and finalize. He and his team negotiate with each third-party vendor, co-manufacturer and new business venture, and are counted upon to expedite the process of getting products and services to market as quickly as possible, all the while being mindful of current rules and anticipating what might be on tomorrow’s books. And all The Vitamin Shoppe products must live up to its “Trusted and Tested” mantra.

Having a background in mergers and acquisitions and securities transactions has been most beneficial, says Kastin, whose first job out of law school was as a staff attorney in the Enforcement Division at the Securities and Exchange Commission from 1992 to 1996. As much as he enjoyed securities enforcement work, he thought it more fulfilling to help companies grow.

Not yet 30 years old at the time, experience at law firms seemed the logical next step, and he became an associate in the corporate department at several, finally landing at Bryan Cave Leighton Paisner. There, he’d have ample opportunity to hone his skills in mergers and acquisitions, corporate governance, securities, initial public offerings, financing transactions, joint ventures and partnerships. The five-year stretch at Bryan Cave especially prepped Kastin for his first in-house role at Toys “R” Us.

“The firms taught me to be a good attorney and business partner, but when the deal is done you move on,” the 52-year-old Kastin says, voicing a common lament of firm life. “Here, day to day I see the effects of the advice and guidance my department and I provide. It’s so much more rewarding to play a strategic role in the company’s future.”

Maybe especially so in an industry whose future packs so many possibilities. 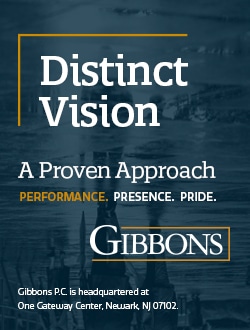 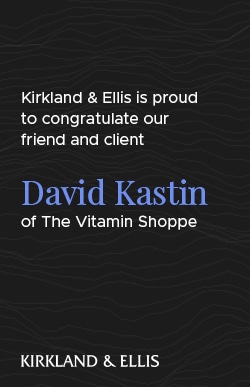