Embracing the “each one, teach one” philosophy

This past year, Denelle J. Waynick was at a conference when a woman she worked with 17 years earlier approached her. This fellow attorney recounted how, when she found herself pregnant and about to become a single parent, her initial reaction was apprehension. She feared her law firm’s reaction and even considered foregoing taking the bar exam.

“Unbeknownst to me,” Waynick says, “I was the difference between her taking [and passing] that bar exam and not.” 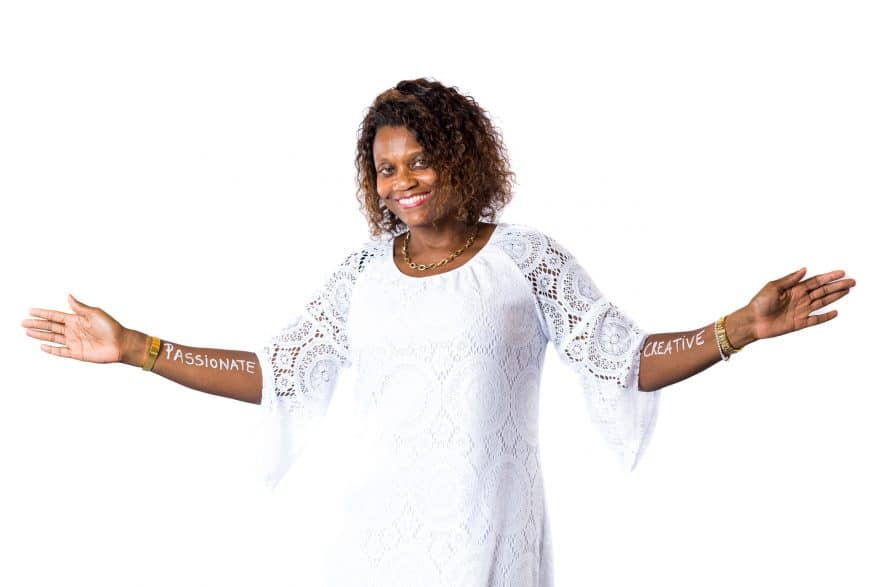 Simply by recounting her own experience—as a young attorney, African-American woman and single mother—Waynick gave her colleague the confidence to take the bar exam and to, like Waynick, let motherhood define her as a person, but not as a lawyer.

Formally and informally, Waynick says this kind of mentoring has become the hallmark of her 25-year legal career.

Each one, teach one

Today, as vice president of legal affairs and U.S. general counsel at UCB Inc.—a Belgian based, biotech company that specializes in neurology and immunology treatments—Waynick is a co-executive sponsor of the company’s women in leadership initiative, and she relishes the opportunity to speak on many topics, including overcoming obstacles, coming from a nontraditional background and “course correcting,” when necessary. “That’s when I get jazzed, if you will—through speaking engagements.”

Waynick’s path to UCB, though traditional in many regards, was intentional, and along the way, she benefited from two of her own mentors.

The first was her maternal grandmother. “She was truly inspirational in the sense that she came from little to nothing, but always had the philosophy, the mindset and the drive to know and believe that, even if it wasn’t her that achieved greatness at the level she imagined, she would convey that desire, drive, initiative to her family members,” Waynick says.

Waynick earned her law degree from Howard University School of Law in 1988. After a few years of practicing in California, she found herself practicing law in her home state of New Jersey. Around this time, she read about Corbin Walker, the first African American to become a partner at a major New Jersey law firm.

Waynick sent Walker a handwritten note, saying she was inspired by Walker’s story and would love the opportunity to connect. That began a 23-year friendship, during which time Corbin Walker became Waynick’s “fiercest supporter, coach and advocate.” To this day, the two collaborate on legal matters, and when they’re at conferences, Walker still goes out of her way to introduce Waynick to people she might benefit from knowing.

“She is a fabulous, not only mentor, but teacher as well,” Waynick says. “She embodies, ‘each one, teach one; each one, reach one.’ Once you get to a certain point or level you are obliged [to help others].”

In each of her roles—attorney at Gibbons P.C., legal director at Schering-Plough, senior corporate counsel at Watson Pharmaceuticals Inc., vice president of legal affairs at Actavis Inc., and, now at UCB—Waynick has been involved in recruiting and mentoring programs. When those programs weren’t offered, Waynick started them.

“Whenever there has been someone of color who came in at a junior level at a law firm, or even within the legal department in house in a corporation—[though] very honestly that has not often been the case—I have purposefully aligned myself with that individual in a way to ensure that they could benefit from some of the lessons that I have learned,” Waynick says.

As chair of the Minorities in Professions section of the New Jersey State Bar Association, Waynick made it her goal to increase minority participation in the state bar association. At Gibbons P.C., she was a member of a steering committee for the women’s initiative. At Schering-Plough, she was a member of an affinity group for colleagues of color in order to create a forum for dialogue, present them with opportunities and ensure they had the skillsets necessary for promotion.

As chair of the Minorities in Professions section of the New Jersey State Bar Association, Waynick made it her goal to increase minority participation in the state bar association.

At UCB, Waynick oversees a staff of 14, spread throughout the U.S., Mexico and Brazil. She’s co-executive sponsor of the company’s Women in Leadership group, and she helped launch a branch of the group in Mexico. “It’s exciting to bring it across borders in an area that I have direct responsibility for,” she says. “That’s definitely been one of the highlights.”

What that effort highlighted are the commonalities across borders, Waynick says. Despite being in different countries, women in both the U.S. and Mexico face many of the same professional challenges.

It’s Waynick’s ability to identify those commonalities that makes her such an effective mentor. Often, she leads simply by imparting lessons from her own life. Twice, she’s spoken at American Conference Institute preconference workshops titled “I Wish Someone Had Told Me” along with “half a dozen or so dynamite women.”

“Each of us were able to convey our story and convey some of our failures, as a way of demonstrating where we are isn’t all glitz and glamour and there wasn’t necessarily an easy, or traditional, or normal way or path to get to where we are,” she says.

Waynick tells of the time she had her sights set on becoming a judge but didn’t make the cut.

“I essentially thought my legal career was over because I had not attained a goal that I set for myself,” she says. “That was the first professional set back I had in my career. How do I recover from that?”

From that experience, Waynick learned it’s okay to cry, to truly feel the pain of disappointment and rejection and perceived failure.

“Once I came to that realization and allowed myself to feel that pain, I redirected the pain, the disappointment, the hurt to bettering myself as a lawyer in the private sector,” she explains.

Today, Waynick is most proud of the accomplishments of her mentees and direct reports. Waynick’s first mentee became both her best friend and a successful executive at American Express, and two of her team members were recently recognized by UCB management for innovative projects.
She encourages her mentees and employees to embrace a similar “each one, teach one,” philosophy.