“I’ve never been risk averse in anything I’ve done,” Koster says. “All of my activities serve to develop confidence and the ability to view my surroundings, determine, in any given circumstance, the level of acceptable risk and chart a course to a successful outcome.” 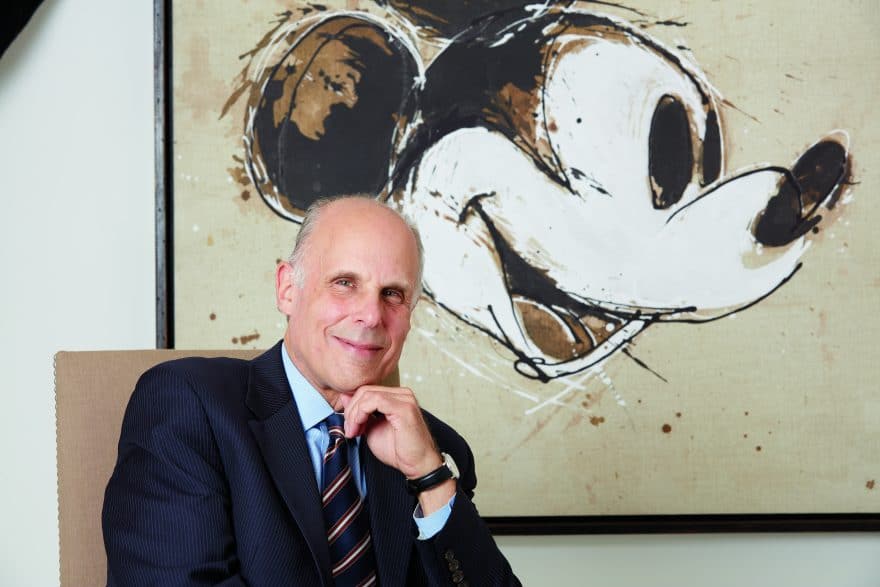 That confidence has permeated Koster’s professional life, and it serves him well in his role as vice president and general counsel for Ethan Allen Global Inc., where he strives to impart confidence to his colleagues so that they can excel in their roles. While not necessarily the visible deal maker, Koster says, his role is to lend support behind the scenes, and in doing so, foster a sense of self-assurance that enables his colleagues to perform at their best.

Koster’s conviction worked well in 2015 when he led Ethan Allen through a history-making proxy battle. With Koster’s help, the company defended its business model from an activist shareholder who sought, among other things, to demolish the company’s long-standing business model as a custom manufacturer.

Essentially, the activist sought to transform the Ethan Allen brand by nominating a full slate of board of director candidates who pledged, if elected, to abandon custom manufacturing and devolve the business into nothing more than a seller of furniture made by third parties.

“This has been our model for more than 80 years, and had the activist shareholder prevailed, it most likely would have been the end of the company as we know it,” Koster says.

Koster, one full-time attorney, one part-time attorney and two paralegals navigated the company through that proxy battle, with the help of Koster’s thick rolodex of contacts in the legal world. Approaching the proxy battle as they would a complex litigated matter, Koster and his team compiled the facts, and then, in conjunction with the company’s senior management, presented those facts to the shareholders. The company prevented the activist—who was well-represented by attorneys and proxy advisors—from obtaining a single seat on the board of directors.

While he is careful not to downplay the amount of effort put in by Ethan Allen’s senior management and board, Koster says, “The simplest message from this exercise is that truth and integrity prevail. When presented honestly and clearly, the truth will always trump innuendo and slanted statements designed solely to support a position which is otherwise specious.”

Koster is proud to be a part of the Ethan Allen team, but without his confidence in President and CEO M. Farooq Kathwari, he might not have left behind 38 years of private practice to join Ethan Allen as in-house counsel in 2013.

“I gave up a successful partnership to come here because I thought so highly of the people at Ethan Allen, especially of Farooq Kathwari,” Koster says. “He’s a brilliant businessman and wonderful person. Over the course of my career, I was presented with a number of similar opportunities. However, I never considered leaving my firm until offered the opportunity to work closely with Mr. Kathwari.”

Koster was Kathwari’s personal attorney for a number of years, so he knew of Kathwari’s many impressive accomplishments.

Those include being elected to the American Furniture Hall of Fame, being named man of the year by the United Nations High Commissioner on Refugees, being awarded a Business Humanitarian Award by the U.S. Council for International Business, being appointed by President Obama to serve on the Advisory Commission on Asian Americans and Pacific Islanders, and chairing the National Retail Federation.

What Koster respects most about Kathwari is his openness to new ideas, to improvisation.

“Most people think of the old Ethan Allen, which was essentially selling early American colonial furniture,” Koster says. “Over the last several years, the lines of furniture we manufacture have become much more relevant and contemporary to the point where very little of what we sell would befit the former view.”

To Koster, his primary function is to provide the expertise and risk-assessment to steer his clients away from danger.

Nevertheless, Ethan Allen remains dedicated to the superior quality of its custom design and fabrication.

“I think the greatest of Farooq’s accomplishments is to make certain that the company and its offerings remain relevant and viable in this day and age of changing styles,” Koster says.

In September, Ethan Allen announced a partnership with Disney that Koster says will “blow the world away.” That new line incorporates iconic Disney images into sophisticated furniture design in a subtle, classy way. Koster hopes the collaboration will give the company “another major shot in the arm.”

Koster worked tirelessly on that partnership for more than a year, making certain the formal requirements of both parties were set forth clearly and assuring that everything was papered correctly.

As in-house counsel, he says, “I’ve become more of a businessman than a lawyer. I’m a utilizer of legal services, rather than a provider of legal services. I couldn’t, though, do my job without the legal background. I speak the language, and over the past 42 years, have obtained the experience to view matters with professional detachment. I understand the nuances, anticipate the pitfalls, and can successfully assess the risks and navigate any course of action on which the company may embark.”

To Koster, his primary function is to provide the expertise and risk-assessment to steer his clients away from danger.