Mastering the art of touring for Live Nation

With one of the grittiest and best-known rock riffs, many people know the song “Satisfaction,” as well as the story of the song’s creation. But hearing that story from its writer at a private party in Amsterdam? That’s a rarer distinction.

Eric Kert was a new in-house attorney for a live events company in Canada when he was charged with managing legal matters for the Rolling Stones’ Steel Wheels tour. After pinching himself and realizing it wasn’t a dream, Kert continued in that role for the following tour, Voodoo Lounge, and found himself in the band’s hotel in the Netherlands for the tour’s wrap party. 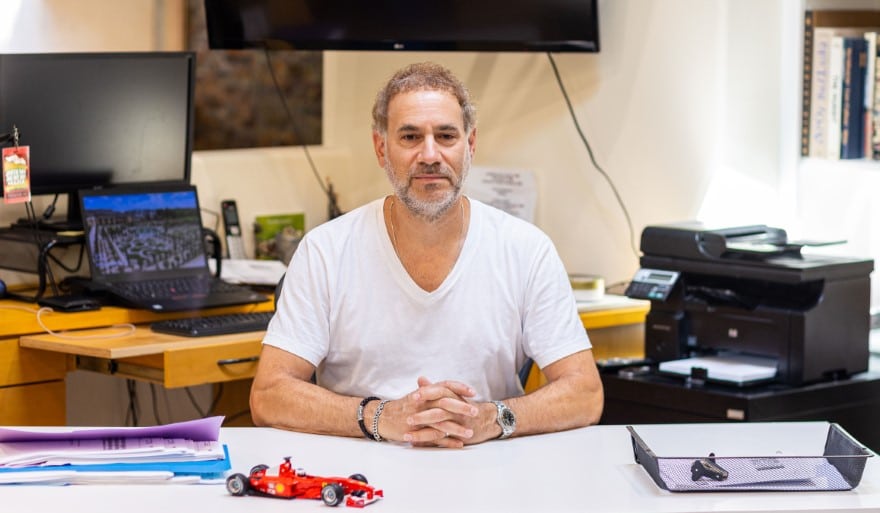 Kert In Home Office In 2021 During Covid

“There I was, this young lawyer from Toronto, and Keith Richards is telling me the story about how he wrote ‘Satisfaction,’” Kert says. “He wrote it in his sleep and recorded the riff on a cassette player.”

Kert has parlayed those early 1990s experiences into a career of touring and artist management. Now, as the senior vice president of business and legal affairs of touring for Live Nation, he’s supporting acts like Guns N’ Roses, BTS, Beyonce and the Weeknd.

“We’re always trying to make the fairest possible deals for our artists, and we consider ourselves very artist friendly,” Kert tell Vanguard from his office in Beverly Hills.

The shows must go on

The COVID-19 pandemic forced cancellations and postponements of multimillion-dollar tours around the globe, but with the introduction of coronavirus vaccines, the concert business is back and artists like Coldplay and The Who are plotting to hit the road in 2022 under agreements negotiated by Kert.

Force majeure—the contract clause related to acts of God for which no party can be held accountable, like an earthquake or global pandemic—was always something Kert and his colleagues were aware of when negotiating tour contracts. Since the pandemic, however, he and opposing parties are taking a closer look.

“There’s a lot of ongoing discussion about what’s fair and what working conditions will look like after COVID-19, and we’re trying to think of as many possible issues that may arise,” Kert says. “The more scenarios we can envision, the more likely we’ll have solutions for them built into the agreements.”

Throughout his career at Live Nation, he’s had his share of fires to put out, including a situation with a Madonna concert run in Los Angeles years ago that taught him a lot about future negotiations. 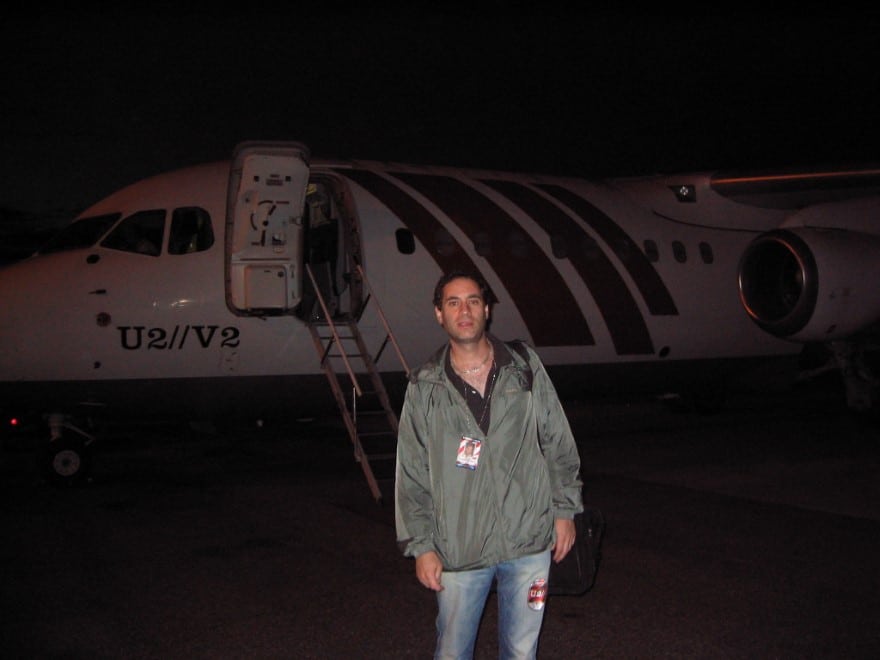 Kert Boarding U2 Tour Jet In Oslo During U2 Vertigo Tour

In that case, a Madonna tour stop was planned at the then Staples Center based on the assumption that the L.A. Clippers wouldn’t be in the playoffs long enough to disrupt the concert date. When it started to look like a conflict might present itself, the venue and NBA’s position was that the Clippers would be given priority and that the concert date would be moved.

“We and Madonna management said, ‘no it won’t,’ and we began preparing for a full legal battle,” Kert remembers. “Unfortunately for the Clippers, they lost in a tense game seven and didn’t advance, thus avoiding the fight. Though on opposite sides of the issue, we and the venue have always got on well and were able to laugh about it afterwards.”

Kert says many venues and leagues claim sports franchise priority in their venue contracts and it is just one of many issues that require negotiation when booking a venue.

“There are plenty of venues to play, and that is a good thing for us and our artists,” Kert says. “We like to play our venues, but ultimately, we make sure that our artists play the venues that make the most sense for them.”

There’s an old saying that the best ability is availability, and that certainly holds true for touring musicians and bands. A concert tour cannot gross hundreds of millions of dollars if the band isn’t able to perform, and in some situations, postponing or outright cancelling shows can cost a company like Live Nations millions.

The COVID-19 pandemic has forced Kert to consider things that don’t necessarily rise to the level of force majeure but could still affect the deal between parties, including capacity limits in venues. When dealing with a worldwide tour for a major act, there are differing protocols and limitations depending on the location.

For example, if the venue is only selling half the seats, the parameters of the artist deal must change, Kert says. That’s where building relationships with his counterparts has proven most fruitful, he says. 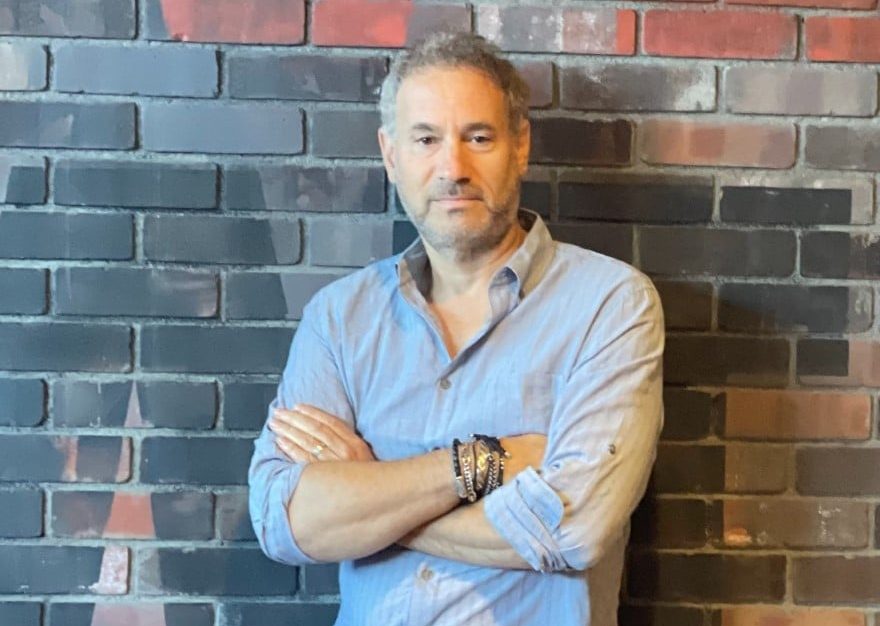 Kert In The Lobby at Live Nation’s Beverly Hills Headquarters

“You work with the same people over many years, constantly doing these deals, and even though you’re technically adversaries, you’ve formed good working relationships which enables you to get the best deal for both sides,” Kert says.

He began building relationships in the early ‘90s while working with the Rolling Stones.

“Many of the people I started working with then, I still work with today. There are a lot of first-class professionals in this industry, and many have enjoyed a career in the business just like I have,” Kert says.

Growing up in Canada, Kert always loved the arts, especially film and music—he played drums in a garage band from the age of 14 until after college. After finishing undergrad at the University of Western Ontario, Kert knew he wanted to pursue a career in the arts. He earned his law degree from the University of Toronto and started as an entertainment lawyer at Goodmans. There, he worked on film and music transactions before taking a job at BCL Entertainment in 1990, then one of the largest event companies in North America.

“I knew I would end up in entertainment law, but never thought it would lead where it has. The live events world has been so unique and interesting,” Kert says. “I always loved concerts, there’s nothing like the immediacy of the live experience. Being in-house has enabled me to develop skills far beyond just legal ones.”

After establishing financing for the Rolling Stones’ Steel Wheels tour—a groundbreaking deal that took them through seven tours and set the standard for global touring, he says—he continued working on deals for groups like U2, Pink Floyd, David Bowie and the Police. 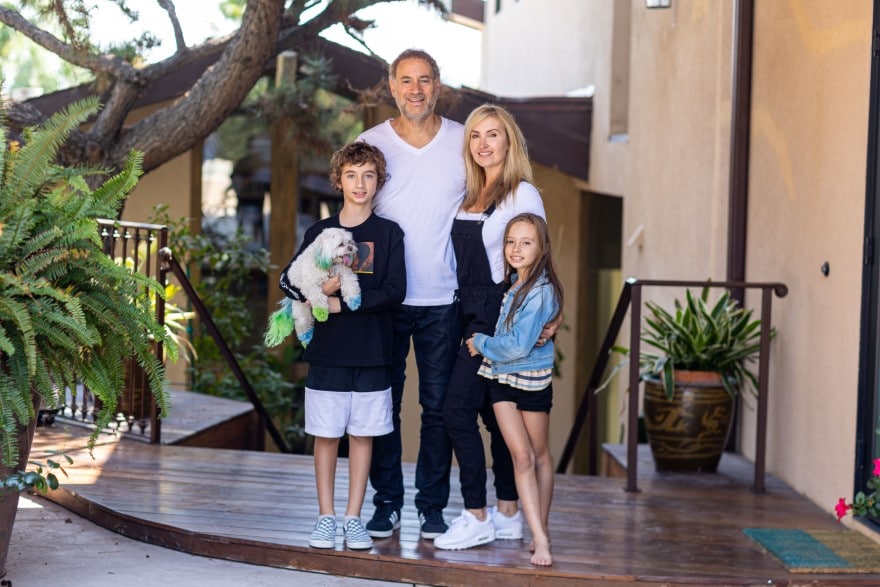 Kert with his Family at Home In Los Angeles

The deals were complicated and negotiations intense, but Kert relished them. When the tour agreements were concluded, there was additional work with venues and vendors and agreements between the promotion company and other entities around the world.

He’s since had plenty of starstruck moments, which have included working with Bono, The Edge and the rest of the band with Live Nation as U2’s concert promoter since 1997. Kert even got a credit and mention in the liner notes for the band’s 2009 album, “No Line on the Horizon.”

And while Live Nation isn’t managing the Rolling Stones’ tours anymore, Kert still holds a special affinity for the band and recently saw them perform in Los Angeles.

“It’s amazing that they’re still out there on the road,” Kert says. “We all should aspire to have that kind of lifelong energy.” 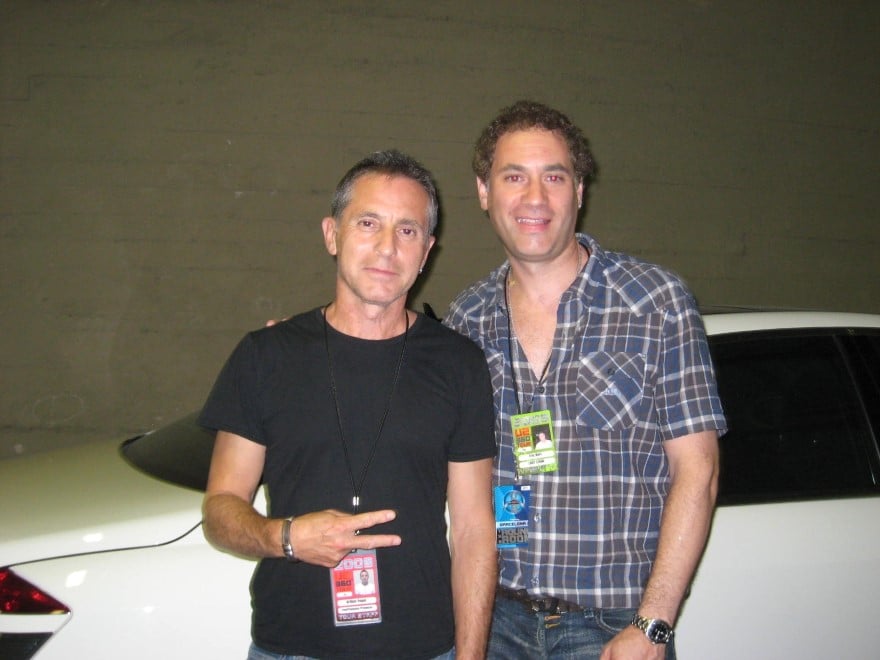 Kert too feels a lot lies ahead. He says he’s still riding down Bruce Springsteen’s Thunder Road of unlimited possibilities.

“Like the song says, these two lanes will take us anywhere,” Kert says. “It’s the same for the concert business as we emerge from the pandemic.”

Kert was flattered when approached by Vanguard.

“The press is usually reserved for the concert legends like Arthur Fogel, Michael Rapino and John Giddings, and rightly so. But in some way, I like to think I’ve created a little history of my own,” Kert says. 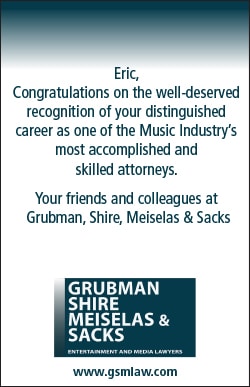 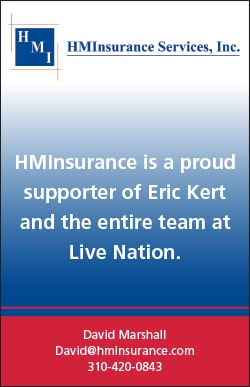 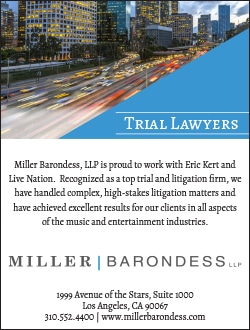 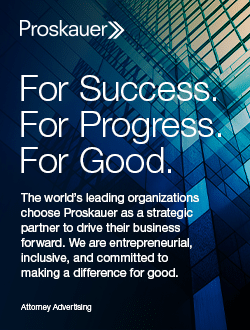 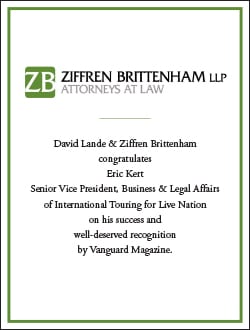 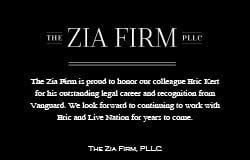