The show must go on

He figures that a million lawyers would gladly step into his position, and if Richard Patti weren’t the senior vice president and associate general counsel of Live Nation Entertainment, he, too, would be most envious of whoever held that plum.

After all, opportunities do arise for him to mingle with A-List celebs, the progressive corporate values align with his own, and one certainly can’t complain about life in Beverly Hills. 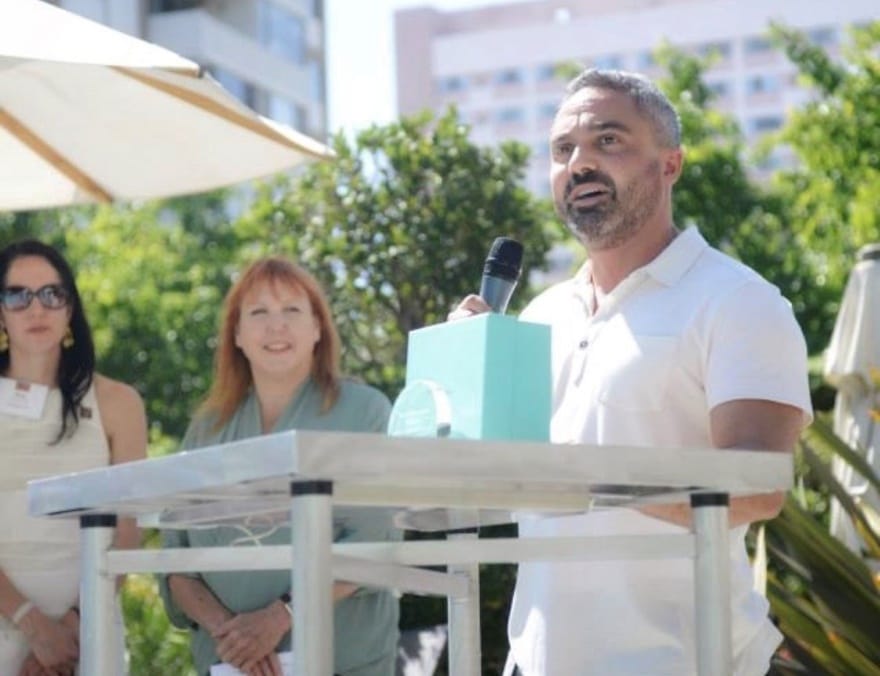 That said, Patti also knows that it’s not all glitz and glamor at the global entertainment heavyweight, where his behind-the-scenes role often involves putting out fires that could keep the show from going on.

“As head of litigation, my principal role is to resolve disputes, and I’m usually looking for the quickest exit ramp from the courthouse,” the affable and approachable Patti tells Vanguard in December. “In fact, the need for our company in previous years to get its arms around a burgeoning litigation docket was a key reason why they created my position.”

Patti has acquitted himself well on that front since his early years as an assistant general counsel with Clear Channel Entertainment, which would spin off its Live Nation subsidiary in 2005.

What a smart move retaining Patti would prove to be, as five years later he would play a role among a larger team in helping to secure approval for Live Nation’s merger with Ticketmaster.

Since then there seems to have been a growing affinity and respect for the rebranded Live Nation Entertainment, having won over the hearts of many, including the entertainers. 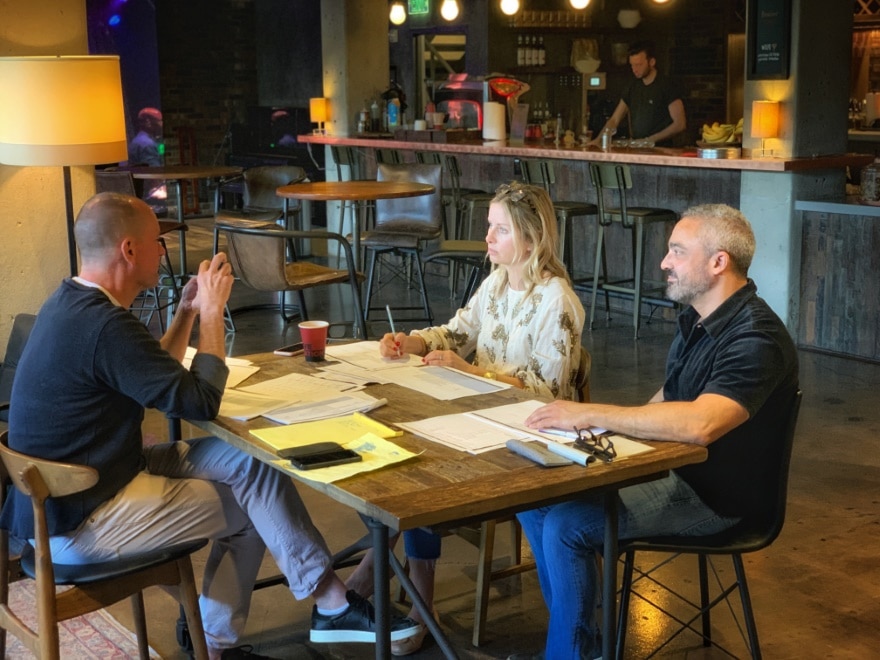 “We share the same concerns,” Patti says. “We try to avoid being too corporate, but, on the other hand, this is both a passion and a business, and our business is providing exceptional connection between fans and their favorite artists.”

Spoken like a diplomat, and for that ability Patti credits his stint with the Texas Comptroller of Public Accounts, where he served as general counsel from late 1999 to the summer of 2002, after cutting his teeth with two other firms following his 1991 graduation from the University of Houston Law Center.

His ability to keep cool while juggling an array of city, county, state, and federal issues figured prominently in his next post with Clear Channel—politics, after all, permeating everything, including entertainment.

“Company management was looking for someone who could try a case in court, deal with law firms, and had the kind of political background that conditioned their counsel to get along with accomplished businesspeople of varying backgrounds,” he explains.

Even if Patti hasn’t had the opportunity to work with them directly, he speaks glowingly of many of his company’s valued clients, including such luminaries as Lady Gaga and Madonna. But, he reflects, while the perks of his job may include an interesting milieu, there are the other aspects that can make him feel like any other in-house lawyer, only one with a longer to-do list.

Conventional law and beyond

It’s a comprehensive docket on Patti’s desk, one that gets into virtually every area of law “beyond what most corporate counsels could imagine.” All the standard things—employment matters, intellectual property issues, business disputes, contracts, antitrust—and more.

In addition to the production and promotion of large outdoor shows and festivals, Patti says that a remarkable percentage of his employer’s business today comes from corporate sponsorships of world-class acts and venues, raising many interesting legal issues. As far as the actual show, Live Nation Entertainment must comply with regulations that range from noise to accessibility or deal with the consequences. 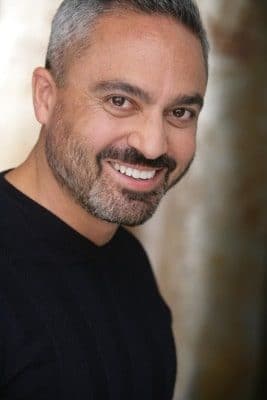 For the company, which operates over 100 venues, there’s always the risk of being drawn into court over alleged shortcomings in meeting the Americans with Disabilities Act of 1990, which mandates reasonable accommodation for the physically challenged. Essentially being an extension of the federal Civil Rights Act, ADA has always had the full support and compliance by Live Nation Entertainment, Patti assures.

The company also has long been ahead of the curve in corporate social conscience—its advocacy of LGBT causes making the openly gay Patti feel most welcome from the get-go.

But the past few years there’s been another concern when it comes to those big outdoor fests, and that’s something that no company could be expected to deal with on its own.

“There’s no question that the physical security of the company’s artists, fans, and employees has become a primary concern,” Patti says. “This has always been a focus, but in recent years we have dramatically increased the personnel and resources devoted to keeping the fans and artists and our onsite workforce safe.”

Patti recalls that when he began in the field of live-entertainment law, the prime concern for fan safety was moshing. Rapidly changing times necessitate airport-like precautions and the commitment of a chief security officer and team, beyond just pat-downs and X-rays at the entrance.

“Quite a difference from Woodstock (the first one),” he muses.

“Part of that comes from keeping litigation expenses under control,” he says. “Collectively, our ability to get the big headaches out of the way and avoid the burden and distraction to our businesspeople has played a part in enabling the company to prosper. I never lose sight of how fortunate I am.”

If he did, could be a million lawyers would remind him. 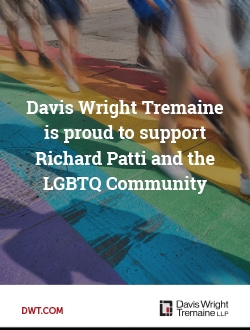 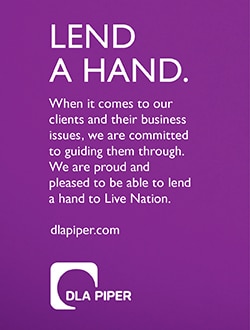 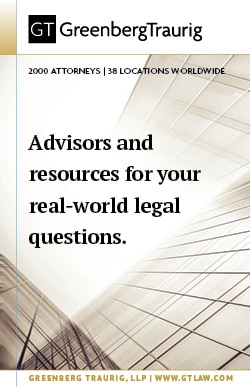 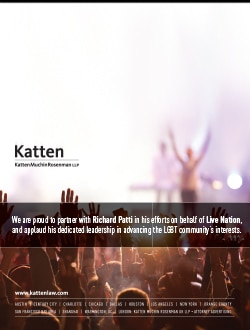 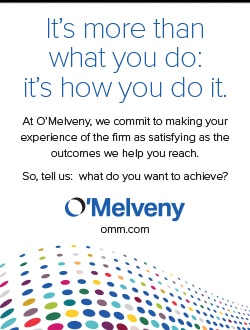 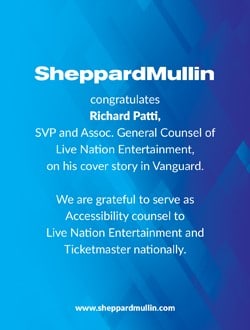 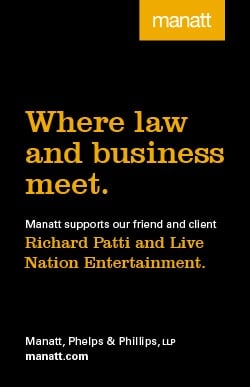 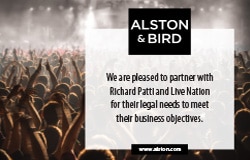 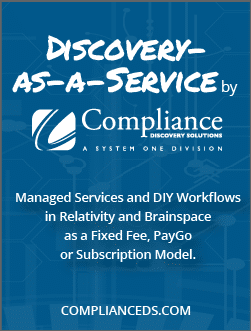