It’s music to his ears, literally speaking, when Michael Frisby tunes into “Heels.”

He oversees the business aspect of the creation of original music, as well as the acquisition of rights to existing third-party music, for the soundtrack to the STARZ wrestling drama. With a second season soon to be underway and many other TV and movie projects in the works, Frisby is staying busy. He’s the senior vice president of business and legal affairs for Lionsgate Entertainment. 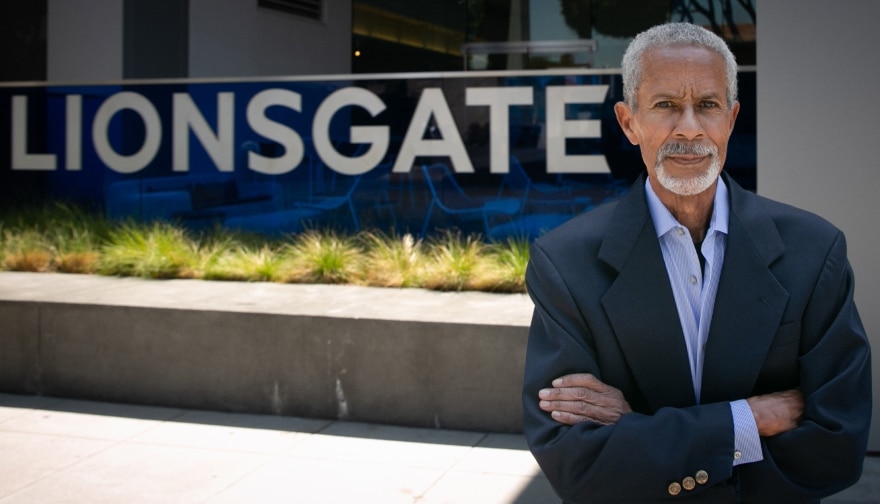 There were 51 songs in the inaugural season of “Heels,” which had eight episodes. Twenty-seven were penned by the show’s composer, Jeff Cardoni, so that consolidated some of Frisby’s workload. But as he explains, nothing’s really that simple when it comes to music rights.

“With respect to licensing existing music, I need two permissions,” Frisby tells Vanguard from Santa Monica. “Someone owns the copyright to the musical composition itself and then there’s a separate, additional copyright to the specific recorded version of that composition.”

For example, someone can create an original version of an existing Aretha Franklin song but before it can go into a movie or TV show, that person must secure a synchronization license from the owner of the composition, which is the music publisher. However, to use the original Aretha Franklin recording, one must also secure a master use license from the master owner, which is usually the record label.

The show must go on

While Frisby claims no vocal or musical talent, Lionsgate and STARZ have others to oversee that area. There’s Russell Ziecker, a journeyman bassist turned executive vice president and head of global TV music who supervises all musical aspects. Along with a show’s director and music supervisor, he decides what music best fits a segment’s theme, attitude or mood.

Often, it’s a well-known rock or hip-hop number, but Lionsgate might not want to use the original recording. The studio might commission an artist to create a different composition and recording or just re-record the original.

Whatever its origins, the music will wind up on Frisby’s desk with his department entrusted to negotiate for and acquire the rights. He drafts and concludes the agreements and then manages and exploits some through motion picture, TV, soundtrack, home entertainment, new media, merchandising or marketing. He also negotiates publishing agreements with artists or their representatives. 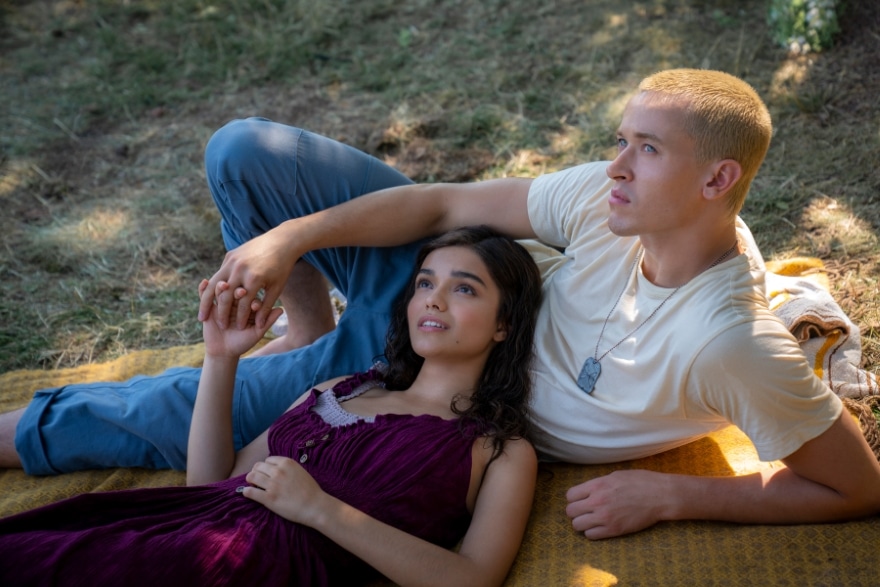 Rachel Zegler as Lucy Gray Baird and Tom Blyth as Coriolanus Snow in The Hunger Games: The Ballad of Songbirds and Snakes. Photo Credit: Murray Close

The process being fast-paced, Frisby tries to anticipate roadblocks and missteps and maintain momentum through interdepartmental collaboration. He credits Ziecker and Lionsgate’s vice president of theatrical music, Hillary Holmes, for deft handling of all TV and motion picture music creative matters.

“We’ve got to get these deals done because we’re very busy, especially on the TV side,” Frisby says, noting such popular Lionsgate shows as “Minx,” “The First Lady,” “P-Valley” and “Julia.”

He’ll also find himself on both ends of the creation/acquisition process as Lionsgate licenses its own musical compositions and master recordings to other entities. That’ll have Frisby reviewing the details of the requested use—how the song or master recording is used, for which project and in what media, the rights requested, length of use, proposed fee and other terms of use. All in all, he says it’s usually a congenial negotiation process.

While Frisby has been in the business longer than most of his colleagues, he says the role keeps him young. The Lionsgate and Starz productions and accompanying music being geared to the young demographic, he can’t help but stay current on contemporary culture.

“Music makes a tremendous contribution by enhancing the mood and feeling of the scene,” he says. “Everybody likes some kind of music and there aren’t that many jobs like the one I’m fortunate enough to have.”

As to how Frisby wound up in such a role, there was a time when he thought he’d become a doctor just like his father and brother. At a young age, however, he saw a very serious stabbing victim in his dad’s office and realized medical life wasn’t for him. 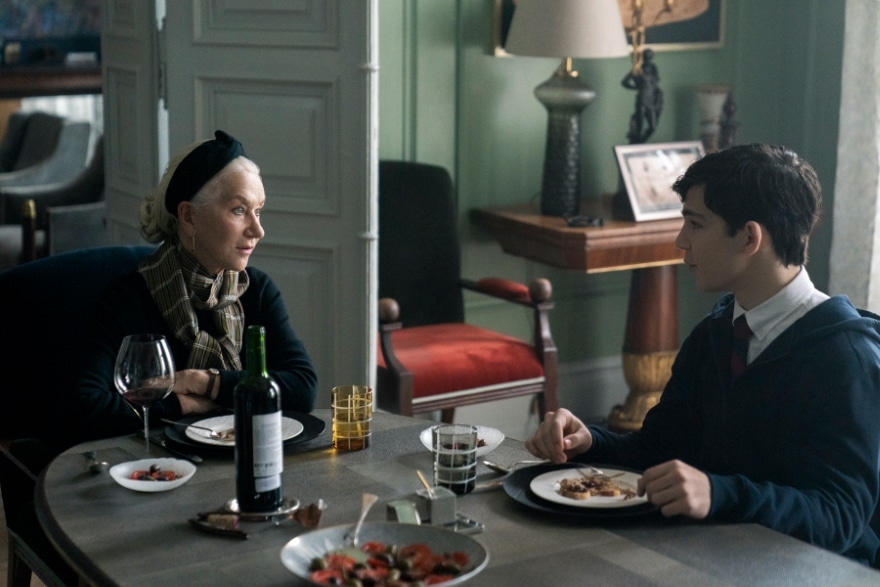 Entertainment, however, always whetted his interests. During his senior year at Howard University, he moonlighted as a DJ at an R&B radio station. He then worked at a Boston station during his final year at Harvard Law. Upon earning his law degree, he accepted the position of national program director for a chain of radio stations. After an eventful few years in which he earned a Program Director of the Year award and a Station of the Year award, he pivoted.

Frisby began his legal career with Strote & Whitehouse, a boutique firm in Beverly Hills with clientele such as Liberace, Ernest Borgnine, Rick James and Jermaine Jackson. Frisby added to the roster such clientele as Phylicia Rashad, Debbie Allen and the late John Singleton who, during the early 1990s, would win acclaim as screenwriter and director of “Boyz n the Hood.” As a young Black man, Frisby relished the opportunity the entertainment industry offered to make profound social statements.

Frisby later ran his own firm in Los Angeles, representing musicians, producers, composers and publishers. He then co-founded a bigger entertainment and management firm, Arnold & Frisby. He transitioned to working in-house at Sony Pictures Entertainment, ascending to vice president of business and legal affairs over the course of his long tenure. And just as Frisby thought his music legal career might soon be winding down, he was offered his current position at Lionsgate Entertainment.

Not ready for rocking chair

Frisby having made a name for himself, Lionsgate—the first major new studio in decades—wooed him out of likely retirement in March 2020.

That, of course, coincided with the onset of COVID-19, which presented some logistical issues. He recalls the Lionsgate general counsel, Corii Berg, arranging for a lunch get-together with other executives on March 16—Frisby’s first day—but on the day before, the building shut down due to the pandemic. While Frisby was allowed into the office to get a company computer, for a long time he had shaken hands with just two people: Berg and Ziecker. 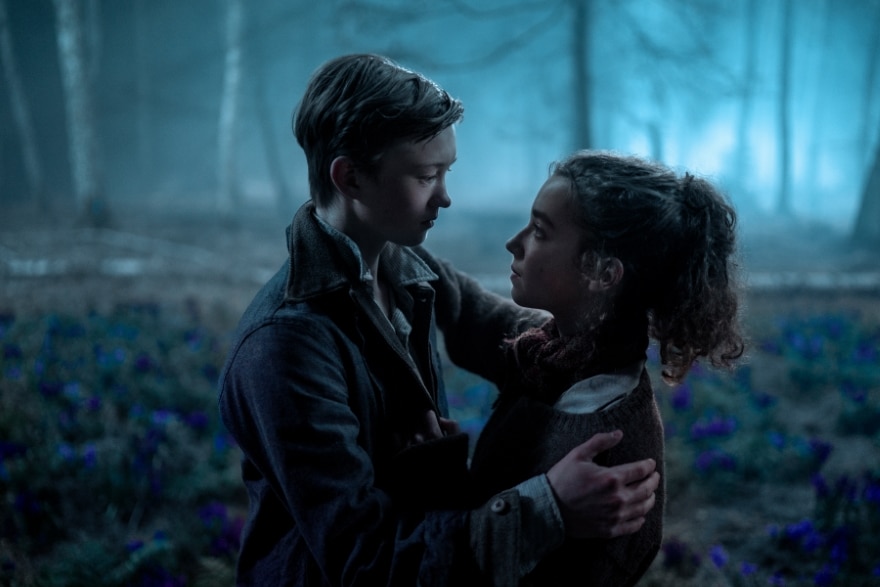 Though the personal effect was lacking, Frisby says his department functioned well through conference calls, Zoom and the other virtual means. Since then, Lionsgate has retained a hybrid workforce while all its departments have never been busier.

“We still must get the deals done,” Frisby says. “And my favorite part of the job is seeing the movie or TV show come together and hearing the music I helped secure.” 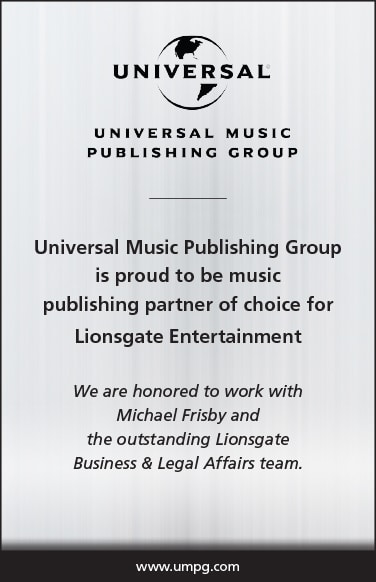 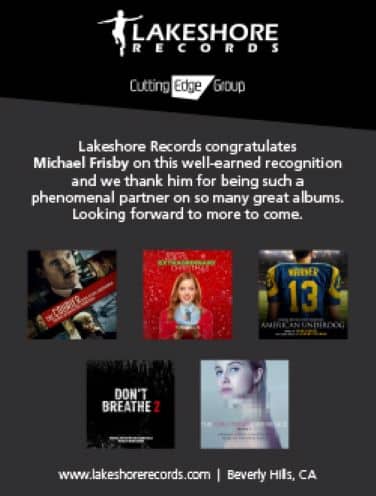