Though tough to accept, new software has freed this legal team to lead, not just ‘lawyer’

Often the hardest part of using new software is getting users onboard, not choosing the program or plugging it in. 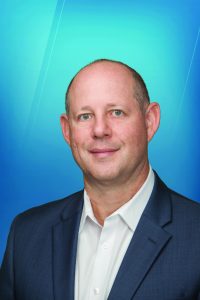 Vetter recalls the attorneys saying, “We’re getting work done, clients are happy with us, why are you going to throw all of that up in the air and change things?”

But Vetter had a vision for the legal team. Instead of purely doing legal work like an in-house law firm, he envisioned it contributing to the strategic growth of the corporation, and in order to do that, he knew the legal team would need more time that could be freed up with better software for its daily tasks.

Vetter has been with the company for 23 years and currently serves as its general counsel, senior vice president and corporate secretary. Tech Data Corporation sells hardware and software tech products to value-added resellers and retailers.  The company’s worldwide footprint and complex relationships with both suppliers and clients create the potential for its attorneys to play a central role in the business.

Through software, a new strategy

The goal of the division, spearheaded by Graham Richardson at Eversheds, is to help “in-house functions transform from just getting work done to actually getting head space and room to be more strategic in thinking,” Richardson says.

In the case of Tech Data, Richardson determined that a new software system would help Vetter’s attorneys more efficiently complete their routine tasks—writing reports, drafting letters and managing cases among them.

Evershed’s IT team built Tech Data a customized matter management system based on Microsoft’s Sharepoint platform. That process took a fair amount of trial and error, but Evershed and Tech Data worked closely on that back-and-forth.

Because SharePoint is a more universal program than the one Tech Data’s legal team had been using, it’s easier to trouble-shoot and evolve as the legal department continues to shift its role than the legacy system was.

Once the system was built, Vetter playfully admits getting attorneys to use the system required a fair amount of “cajoling, encouraging, and beating about the head and shoulders.”

It would be the same in any legal department or law firm, Richardson says.

That hesitancy to use a new system is challenging because “you would only need two of them [attorneys] to stop using it [the new system] properly and it would destroy the data set.  You would send a report to a client and it would be rubbish.”

Vetter’s leadership and ability to communicate his vision to his team members has been crucial to persuading Tech Data’s attorneys to use the system religiously.

Since the new system rolled out in October 2015, it’s already proven beneficial. For starters, it makes it extremely easy for Vetter to manage his team.

One of the advantages is Vetter can view what his lawyers are doing much more easily.

The visibility provided by the new system helps Vetter to make sure that his lawyers are striking the right balance between routine legal work and more strategic projects.  Also, by reducing the time that it takes for Vetter to manage his department, it allows him to reach the same balance.

Another benefit of the new system is data that Tech Data has been collecting and is beginning to interpret.

Recently, a member of Vetter’s team in France ran a couple of reports from the new system to review the division’s workload and noticed for the first time that another department in the company was requiring a disproportionally high level of assistance from the legal department.  The new system allowed the member of Vetter’s team to identify this anomaly and address the structural causes of the issue.

Addressing issues like this one is exactly what Vetter had in mind when he launched the project.

Now Vetter is taking the lessons learned in the legal department and sharing them with the company as a whole to improve how Tech Data manages its contracts.

As a wholesale distributor of technology products, contracts with suppliers and customers are vital to Tech Data’s daily operations. In continued partnership with Eversheds, Vetter plans to work with a handful of the company’s other departments to improve the efficiency with which they manage essential contracts.

The implications of the contract management system were not lost on Tech Data President Joseph Quaglia, who requested to meet with Richardson during one of his visits to the company’s headquarters in Florida.