Contrary to what corporate America says, sabbaticals aren’t just another way for millennials to scheme and snowflake their way into being lazy or getting more vacation time.

Attorneys especially, may be steered away from time off. There are plenty of lawyers out there, the logic goes. Plenty of executives, too. Pulling less than 60 hours a week is for the weak. Yet more and more studies and companies are beginning to back the benefits of taking some extended time off.

So spare Roberto Paes the judgement. 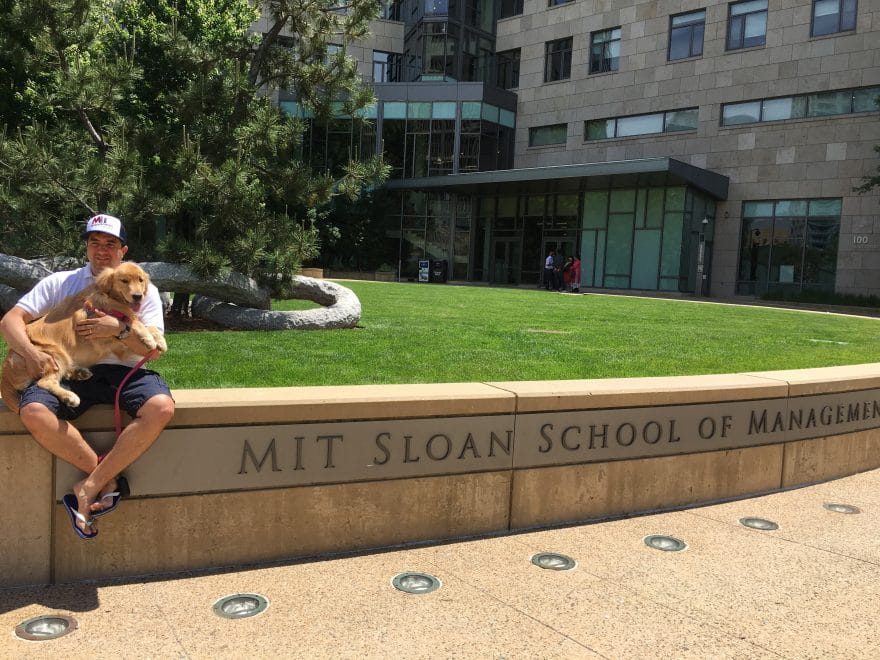 It’s not like the 44-year-old Brazilian attorney hasn’t already earned his marks, or is actually getting that much rest. Amid transitioning from a student visa to a work visa, Paes also developed an award-winning app for Amazon’s Alexa, and is currently working on an MBA at MIT. Oh, and he’s also finding time to train for a half marathon with his wife.

“I’m still in the selection phase of what I should do next,” he says. But Paes isn’t your typical unemployed individual.

The fact that Paes ended up as a lawyer came as no surprise to his friends, relatives or even the man himself.

“In my family, almost everyone has legal training,” Paes says, noting that the lone holdout is one of his sisters. “I grew up in a family that used to discuss law almost every day.”

Years ago, Paes found himself at the Pontifical Catholic University of São Paulo School of Law, which allowed him to briefly live in England on his way to earning a degree in 1996.

Having interned at the tax and regulatory boutique law firm Ulhôa Canto during the latter years of college, he transitioned into a full-time role as a junior lawyer after graduation, but soon returned to school, this time at Fundação Getúlio Vargas (FGV), for an MBA in business administration.

The move didn’t signify that Paes was heading in an entirely different direction from his legal background; he simply wanted to be a more well-rounded lawyer.

Paes applied similar logic when he not only earned a Master of Laws degree from Pritzker School of Law (Northwestern University in Chicago), but also a management certificate from the Kellogg School of Management—both received in 2001. 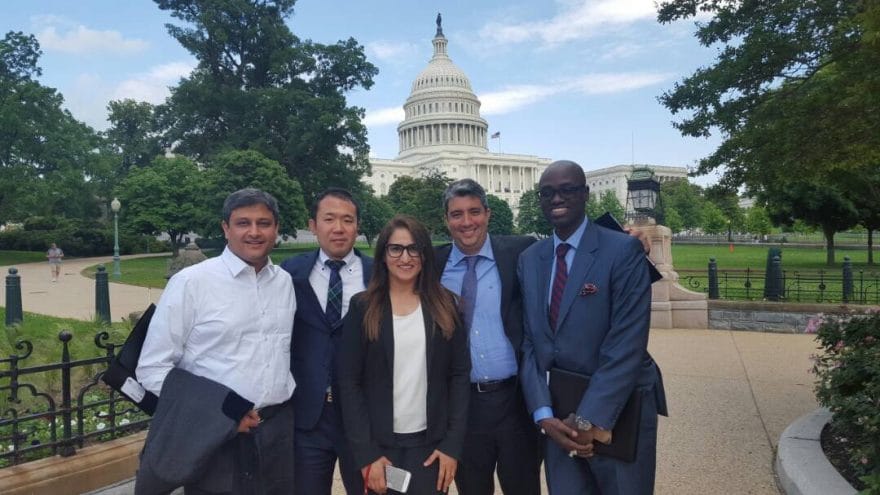 This led to an associate position in New York City with the Chicago-based law firm, Mayer Brown. Paes left the company in 2003 to join the firm of Mattos Filho because he had moved back to Brazil to get married.

By 2006, Paes’ accumulated frequent flyer miles were sky-high, and he still had a lot of traveling to do. The next stop? His first in-house role.

“I found a different lifestyle and more exposure to the business that I wouldn’t have had at a law firm,” Paes says of his five years as the general counsel for General Electric’s Latin American Aviation and Transportation Division in São Paulo, where he spent his time analyzing commercial agreements, providing legal and quality compliance recommendations, and negotiating and signing deals worth more than $2 billion.

Five years at General Electric was immediately followed by five more at Tetra Pak, also based in a São Paulo office. However, Paes would still spend plenty of time in transit, as G.E. often sent him to Cincinnati, and Tetra Pak required him to visit offices in both Texas and the company headquarters in Lausanne, Switzerland.

Point is, he’s well-traveled and experienced. All part of the plan, Paes explains.

“Traveling provides more life experience,” he says. “Everything now is global. You deal with people from all over, and it’s good to know where they come from and how it’s different from where you live.”

Out of the box

Although Paes’ sabbatical began in June 2016, he has been busy ever since.

Much of his time has been devoted to MIT’s Sloan Fellows Program, a full-time residential MBA program that prepares outstanding individuals for leadership positions, and was heralded by the Financial Times as “one of the most elite business programs in the world.” This is where Paes and a handful of his classmates developed the aforementioned Alexa app, which advises and aids users by organizing tasks within a specified, limited timeframe.

Back in 1999, he and his colleagues at Ulhôa Canto and the FGV Business School launched one of the first legal portals in Latin America (portaldodireito.com.br), which provided an enormous database of information and electronic services to professionals such as lawyers, doctors and psychologists to aid with research.

“We were a bit ahead of the time,” Paes says. After all, Google wouldn’t become a household name for several more years. “If we were to launch it a little later, we would probably have had more success.” It was a novelty then; today it’s a given. 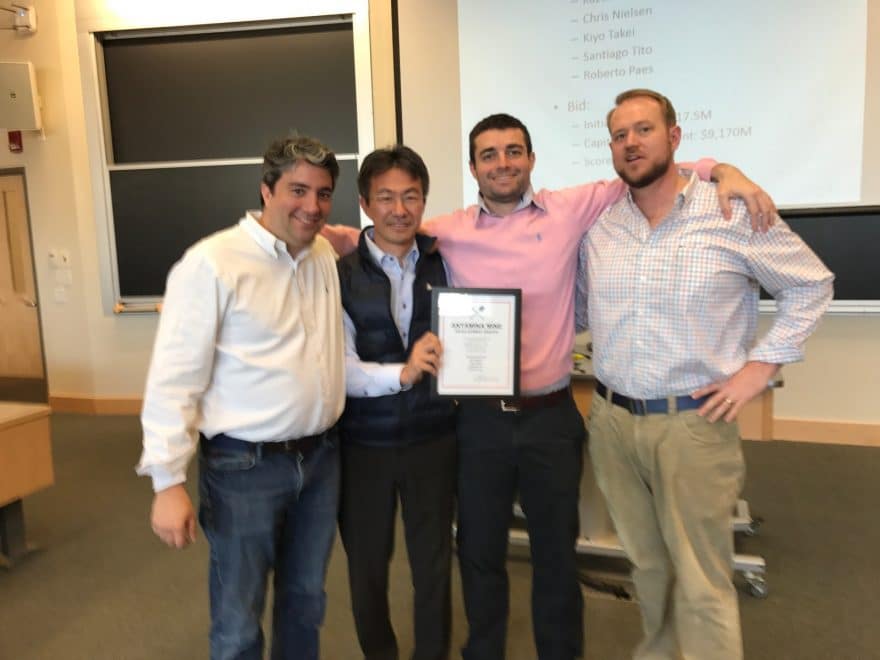 Now Paes wants to find a way to work with technology, law and business all at the same time, which could possibly involve something in the rapidly growing field of artificial intelligence, of which he is a big enthusiast.

“Lawyers are not very connected to technology,” he says. “We like the old way to work, and when new methods come up, we feel a bit threatened. We need to think more like entrepreneurs. The more tools we have to help us, the better we’re going to be as lawyers, and the better information we’ll have to assess the risks and opportunities.

“Soon we’ll be able to talk to machines to ask legal questions and get accurate answers,” he quips, before adding with a laugh: “They may charge less than lawyers.”

Paes could also end up working in cybersecurity, which he says, “will be part of everyone’s job down the road,” or attempting to stop the spread of fake news, a topic he recently studied at Harvard’s Kennedy School of Government.

He’s open to a lot of different careers, as well as a plethora of geographic locations.

“I’ve lived all over, so I’m not focused on any region,” Paes says. “I’ll go anywhere.” 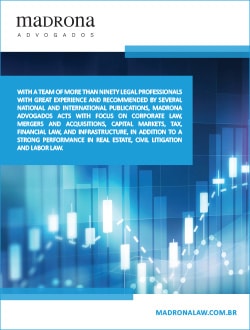