His compass points to compliance and collaboration 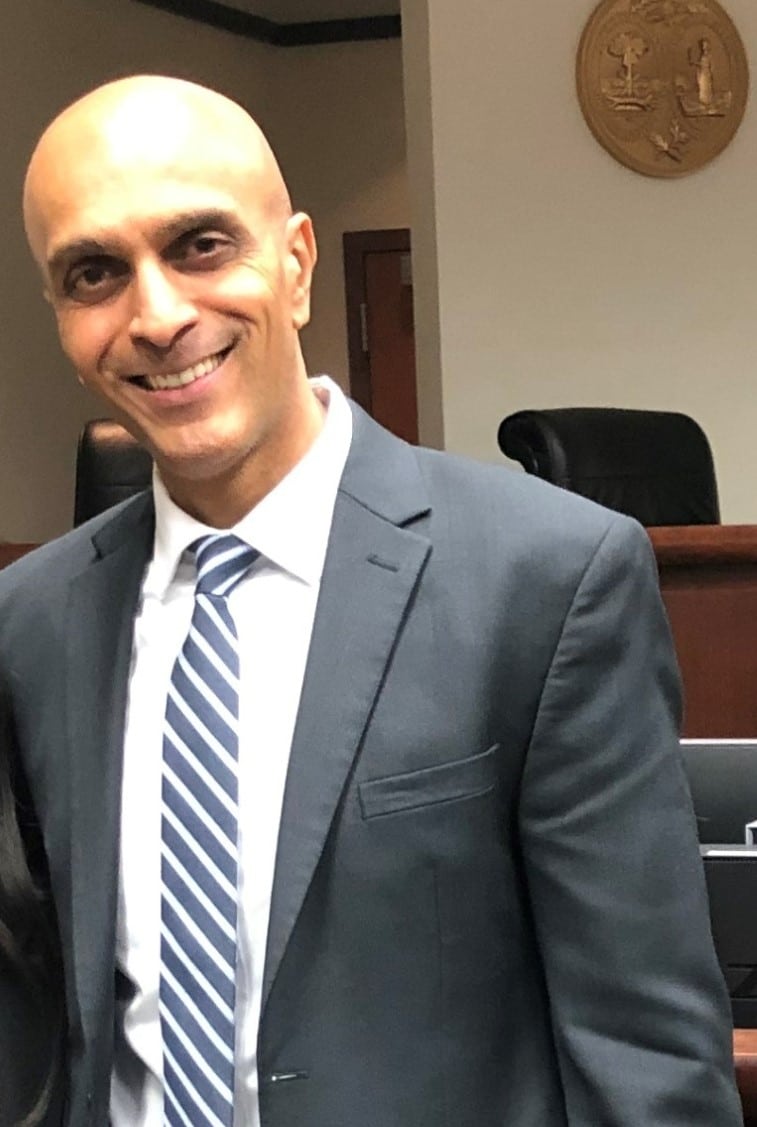 But, as he told Vanguard in May, the past couple years have taken some doing to sustain business as usual at the American division of the multinational food and logistical services company. Much of its contracts being with healthcare providers, the company has had a particularly challenging time serving clientele during the COVID-19 pandemic and ensuring safety for its own staff.

For the legal department, that’s meant greater emphasis on complying with the evolving rules and regulations of many jurisdictions, as well as mitigating in-house risk through training sessions and interdepartmental collaboration. Then, of course, there’s the normally heavy workload of providing legal guidance on regular labor and employment issues, litigation and commercial contracting.

“COVID-19 has been a challenge, but it’s also presented us with opportunities to learn to operate more efficiently,” Patel says from the company’s Charlotte, North Carolina, headquarters. “Initially it was just an issue of keeping our people at work, but situations develop.”

Some employees, he explains, were understandably apprehensive about working in a hospital or nursing home when a large workforce was needed. Others eagerly increased their hours, which had the legal department dutifully tracking overtime. Meanwhile, the pandemic had increased the demand for Compass Group’s services, what with hospitals filled to capacity and senior living facilities restricting visits.

Compass Group didn’t dismiss employees who had asked for reduced hours. Those who wanted more were provided with masks, gloves and other personal protective equipment for which the company maintained a steady supply. He proudly says that no violations have turned up in hourly and wage audits.

Nothing left to chance

Much of that reason, he says, can be attributed to the company having long made use of Thomson Reuters Legal Tracker, popular software for e-billing and matter management. The system keeps tabs on functions such as employee staffing and compensation, and invoices from outside counsel.

“It is invaluable,” Patel says. “It gives us tremendous insight into our matters, immediate updates and the agility and ability to act quickly.”

He also credits collaboration, explaining how he learns from other departments while sharing his expertise. He also entrusts most litigation to outside counsel, which allows his team to better concentrate on serving the business.

“We may not be directly generating revenue but by ensuring compliancy and efficiency, we create the means for business to do so,” he says. “Compliance also creates an atmosphere where people want to stay.”

The worst of the pandemic likely over, Patel hopes Compass Group can resume in-person rather than virtual training sessions. He lauds the value of a 2019 event at a New York City sports facility where hundreds of employees ranging from C-suiters to line-level supervisors to operational staff were advised on matters pertaining to service-oriented companies.

It’s always good to keep ahead of the curve, he says, particularly at a company that operates nationwide and serves such a diverse clientele. While most of Patel’s attention is on healthcare and senior living, the company also runs and staffs cafeterias for other large-scale employers, the sports and entertainment industries, all levels of academia and restaurants.

“We’re very proactive in our training and even stay ahead of the law,” he says. “As a company, we have had anti-LGBT discrimination policies in place even before some states wrote them into law.”

A people person, Patel says employment law proved the right fit and, since 2005, he’s been practicing it in-house, save for a few years in private practice at a Denver firm.

His first gig was in Denver with the nonprofit Mountain States Employers Council—now just Employers Council—which provides legal and other services to companies short of in-house departments. While life in Colorado was most agreeable and the skiing couldn’t be beat, Patel says he couldn’t resist the opportunity to join Compass Group in 2007. One of the world’s largest operators of its kind, he says it allows him to immerse himself in all areas.

After high school, he mixed service in the Air Force Reserve with undergrad classes at Metropolitan State College of Denver, envisioning a career as a commercial pilot. However, upon undergoing a physical, he was found to be partially color blind. Young Patel was grounded but having taken the oath, he stayed in the service.

“I took it hard and wondered, ‘what am I going to do?’” he recalls. “Maybe engineering but I had no love for math.”

But with guidance from faculty, he took to sociology and criminology as well as a greater interest in civil rights and constitutional issues, which he studied at the University of Tulsa College of Law. Patel having been brought to the U.S. as the 9-year-old son of a civil engineer father and accountant mother, he found it easy to empathize with minorities.

While his parents did their best to acclimate the family after moving from India, people of East Asian descent were few and far between in the Colorado communities where Patel was raised. The idea of applying his legal degree to a greater good appealed, though he didn’t initially see doing it as part of a corporate team.

Turns out the in-house roles were a fit. There’s much to be gained, he says, when a company and its employees share trust and a common goal. Sure, the company must turn a profit but it’s more likely to do so with a stable and reasonably satisfied workforce. There are times when he misses Colorado, but North Carolina has been a pleasant home for him, his wife and 13-year-old daughter. The civic-minded family volunteers with nonprofits and enjoys traveling and learning about different cultures.

It’s how his own parents helped acclimate him to America, Patel says, recalling the long-ago drives to Yellowstone National Park and Las Vegas. And he hasn’t given up hope of flying.

“It’s never too late,” Patel says. “Once my girl’s in college, maybe I can get my pilot’s license for something a lot smaller than a 747.” 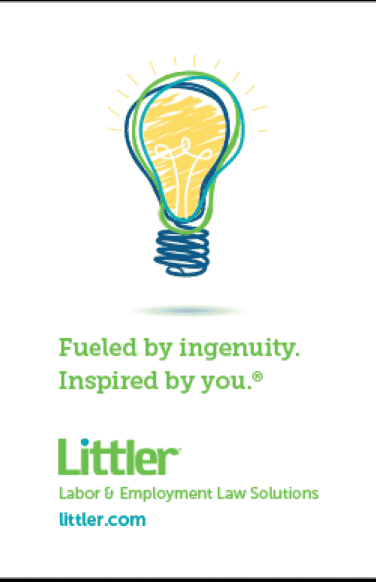 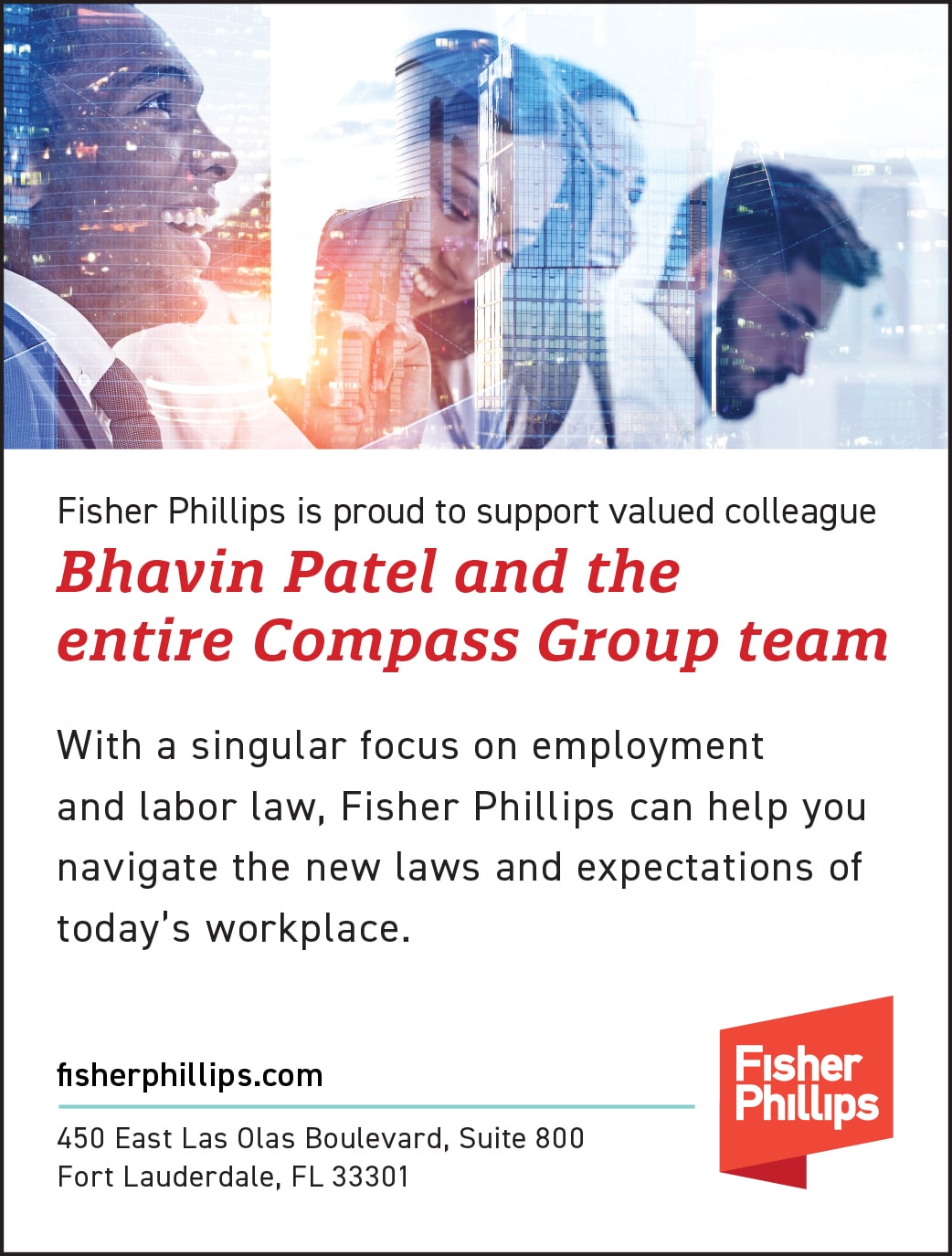