Resourceful and at your service

There was a time when a department of human resources was seen as the folks who tracked an employee’s sick leave, vacation days and whatever other benefits the company afforded—and not much else.

Truth be told, there are many who still view HR through exactly that lens. 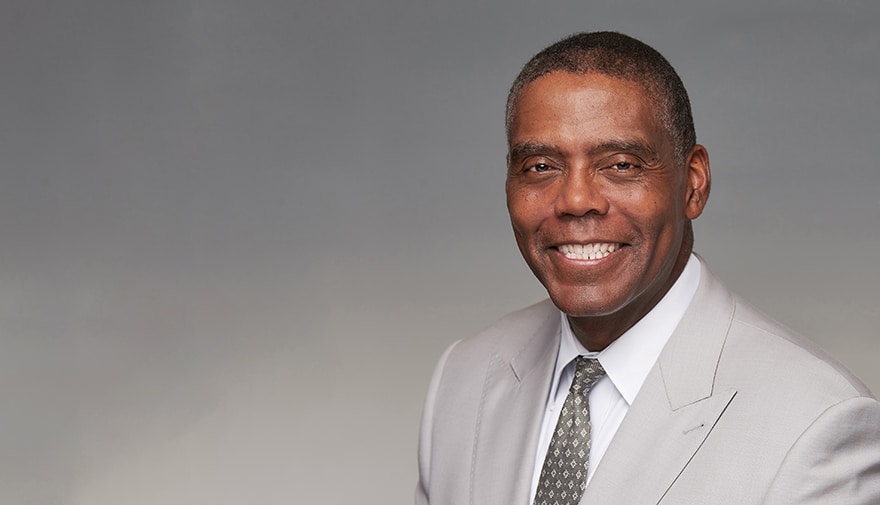 If you’re one of those people, James L. Banks Jr, general counsel for the Society for Human Resources Management (SHRM), has a bit of advice: It’s time to update your prescription.

Founded in 1948, SHRM provides training, certification and networking to its 300,000-plus members while lobbying Congress on issues pertinent to labor management.

According to Banks, those issues have taken on more significance as the modern workplace evolves—in the U.S. and over 160 other countries represented in the membership.

“HR and HR professionals must be welcomed at the table for policy discussions,” says Banks, who recently celebrated his one-year anniversary with the organization. “They can’t just be looked upon to implement policy, they must have a hand in it. We’re making sure that is happening.”

Indeed, the consequences can be punitive for companies remiss in the latest HR developments: specifically, not being sufficiently proactive against hostile workplaces, sexual harassment and discrimination on any of multiple fronts.

They should have known better, Banks muses, explaining that long before #MeToo, companies were being held accountable for falling short in compliance with such measures as the Americans with Disabilities Act and Title VII protection for employees regardless of their ethnicity, national origin, gender and religion.

Ignorance being no excuse, Banks would advise any boss to be extra vigilant and to take advantages of SHRM’s many resources.

All for the better

And Banks seems to have a passion for world improvement at the micro and macro levels, beginning with his four years in the Army between graduating Gettysburg College in 1980 and enrolling at the University of Virginia School of Law in 1984.

“This latest role connects with my military background—being a force multiplier,” Banks says, explaining how any influence—positive or negative—stands to compound. 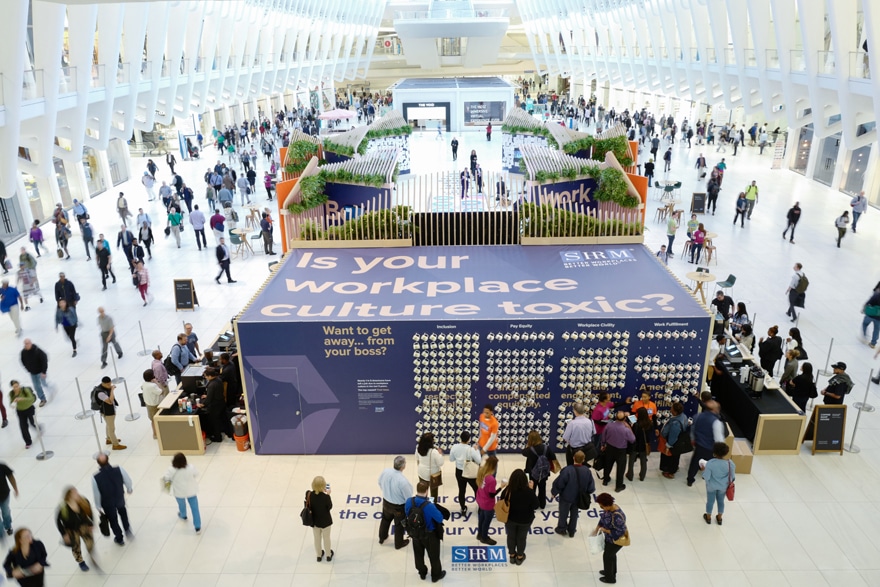 In this case it’s obviously for the better, Banks says, adding that when companies regard employees as their most important asset—SHRM’s bedrock value—the entire operation stands to benefit. What’s more, he says, such a modus operandi can also keep the company out of legal trouble and spare it a bad rap on social and conventional media.

Pitfalls sure abound, and while the United States isn’t SHRM’s sole focus, it could be, with so many new policies on the federal and state levels: overtime regulations, health care coverage, employee classification, sexual orientation nondiscrimination—the list goes on.

Thus the frequent events SHRM sponsors with Banks’ participation, among them the Employment Law & Legislative Conference, held each March in Washington, D.C. Throughout the year, other events address such subjects as leadership development, diversity and inclusion, and talent management, as well as more parochial conferences geared toward the issues of a particular state.

So much state lawmaking being inspired by what’s just gone on the books of another state, Banks says such conferences become less and less parochial.

“The bottom line is a company is responsible for the lives of its workers,” he says. “Create a good work environment and your employees won’t just be good employees—they’ll be better husbands, fathers, wives, mothers, sisters, brothers. If you make work miserable for them, they’ll carry their misery around them. You are given an important charge when you’re asked to be a leader.”

And Banks would seem to know something about leadership and service.

Being all he can be

“The Army shaped me as a man,” says Banks, adding that his time as an 82nd Airborne paratrooper gave him a mission-driven leg up by the time he commenced his legal studies at an older age than most of his classmates.

And though his time in uniform coincided with the U.S. being at peace, Banks had still been responsible for the safety of others. Thus he wouldn’t be fazed by the subsequent challenges of passing the bar exam or grasping the complexities of employment law while an associate and partner at McGuireWoods from 1998 to 2006 in Richmond and then as partner at Seyfarth Shaw in Washington, D.C., for two years.

Immersed in local politics, Banks would serve as a city councilman and vice mayor in Richmond. He’d leave private practice and elective office to serve as the Alexandria city attorney for nearly 10 years while earning a master’s in public policy from Walden University to enhance academic credentials that included a diploma from the Richmond Christian Center School of Ministry. 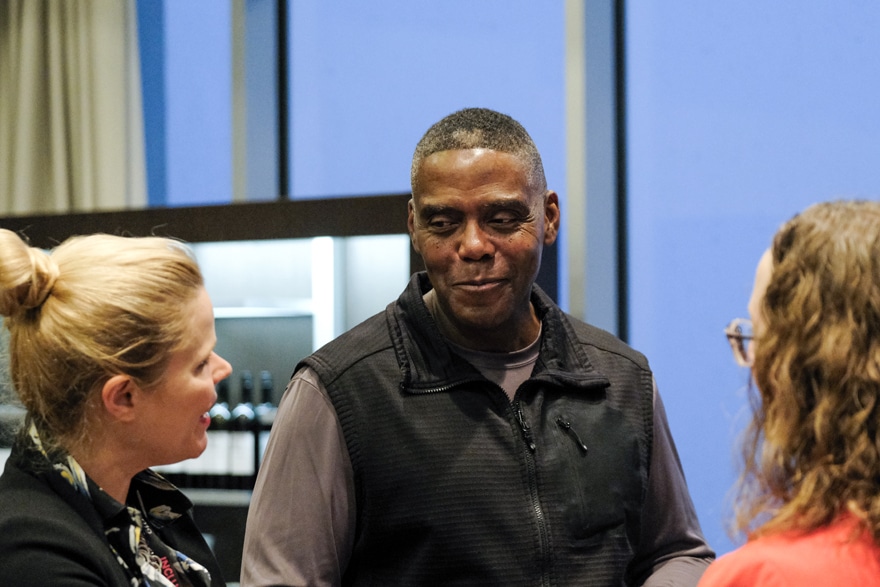 Banks cites his Alexandria tenure as the most eventful. He advised the mayor, city manager and various departments on a litany of issues, and defended the municipality on land-use cases that threatened to divide the community. Banks’ background having included the military and trial law, he says he wouldn’t shy from a fight, but sought to avoid the “armored siloes” that preclude conflict resolution.

Then came a call from SHRM—one that didn’t initially pique Banks’ interest. That is, until he sat down for further discussions with some of its executives, including new President and CEO Johnny C. Taylor Jr. Though Taylor too had been a McGuireWoods partner, Banks had just fleeting interaction with him, but upon the two men having a heart-to-heart, it was obvious they were on the same page.

“Johnny’s vision just grabbed me,” Banks recalls. “He would re-energize SHRM and make it the predominant voice for everything in the workplace. The opportunity grabbed me in a way that others did not. It was so akin to public service.”

And that’s something that seems so ingrained in Banks’ DNA. A vibrant 61, he may find more time for it now, the youngest of his three children a college freshman and the older son and daughters immersed in professional careers. He’s just as proud of his wife, Rey Cheatham Banks, the chief of staff for a newly elected member of the Loudoun County Board of Supervisors.

He’ll be enjoying riding his motorcycle, reading voraciously and finding time for extracurricular activities that include lecturing on ethics and professionalism for the Virginia State Bar Association and being an adjunct professor at Virginia Tech.

But with workplace law changing seemingly by the day, Banks is determined to stay on top of it, eager to help companies avoid the most perilous of pitfalls. 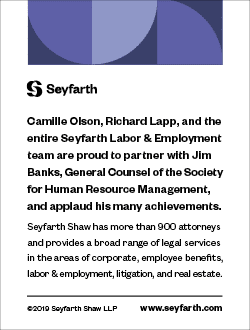