Back from the brink

When your company goes from being part of a global conglomerate to a spin-off, it’s not always a great story.

That might’ve seemed the case with the collapse of Tyco—at the time, one of the world’s biggest corporations, with 240,000 employees—shocking shareholders and the US economy. The CEO, CFO and board resigned, the stock plummeted and Tyco was on the brink of  bankruptcy.

For Rich Suminski, everything was far from lost. He was there supplying a steady legal hand that guided Tyco on to its next iteration after the high-profile implosion. 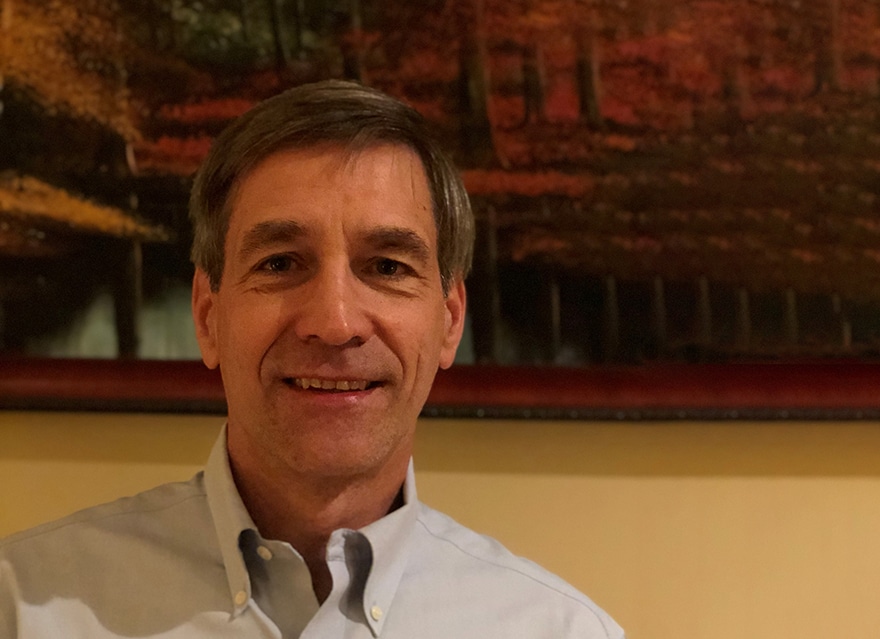 “It wasn’t always easy,” he says, “but we always had each other’s backs.”

“I’m proud of the teams we hired,” Suminski says. “They have great legal talent … and they’re also good people. That’s how we got through. A lot of these people are being promoted and moving on to bigger things. That’s the payout.”

His day-to-day contributions today can almost be overlooked among the events that included TE’s spinoff from Tyco in 2007.

Tyco’s aggressive acquisition strategy in the early 2000s was a Wall Street phenomenon. In 2000 alone, Tyco purchased scores of companies that added $28 billion in revenue, and the company continued to accelerate acquisitions throughout the early decade.

“The philosophy was a lean corporate organization” under Chairman and CEO L. Dennis Kozlowski, Suminski says. So even as Tyco was shopping, departments were cut and resources dried up.

“It was extremely busy,” Suminski says, estimating there were more than 70 separate acquisitions of companies, big and small, in two and a half years.

As the company grew, so did its complexity.

Midway through 2002, Kozlowski was accused of inflating the company’s earnings and diverting $150 million for personal gain.

Suminski would spend the next five years recruiting staff and rebuilding legal and other functions. He enjoyed the role of ensuring that the company played by the rules while reinventing itself and reorganizing its assets.

“I think of myself more as a giver than a taker,” he says. “I like helping people and I love it when the people I work with and hire do well.”

It took two years but, in 2007, thanks to a lot of hard work by Suminski and his team, TE Connectivity was spun off from Tyco and became an independent high-tech company innovating products that help make the world safer, healthier and greener. 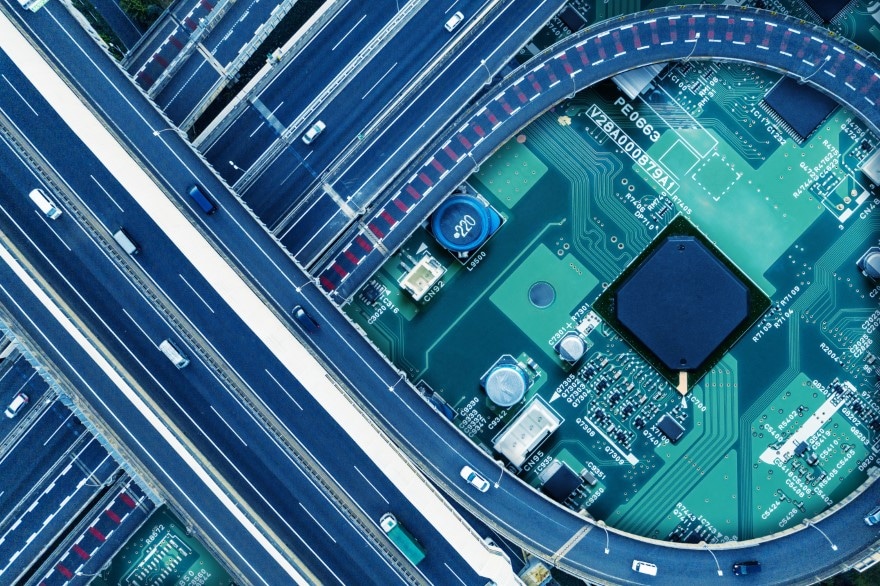 The company is the largest component manufacturer in the world, responsible for 500,000 product derivatives and holding some 20,000 patents.

“TE Connectivity manufactures globally, so it was necessary to hire people with financial and legal literacy who also have cultural skills and sensibilities—an absolute requirement,” he says.

Among other responsibilities, Suminski served as TE’s first chief compliance officer and developed its enterprise risk management program. Revenue grew to $14 billion while he led the company’s legal efforts.

“I wanted to help rebuild the company,” he says, pointing to a new legal department, development of new management guidelines, and creation of an ombudsman’s office tasked with overseeing compliance.

While Suminski’s legal career has spanned 35 years, the law wasn’t his original calling. As an undergraduate, after an organic chemistry class at Rutgers changed his mind about medical school, his older brother advised him to try law school.

Suminski graduated and worked for a small law firm supporting a criminal defense attorney. “That kind of turned me off to the criminal side,” he says.

After insurance defense work at Travelers Insurance and AIG, as well as litigation work for Suburban Propane, he answered an ad in the Wall Street Journal in 1996 for a company named AMP and was hired. In 1998, Tyco acquired AMP and Suminski came along as divisional general counsel in a very small law department. Now that department has more than 100 attorneys.

“The goal is to hire good people all around the world, people who understand culture nuances as well as legal differences,” says Suminski, who’s traveled to 40 countries, including many in Asia. “Japan I found to be sort of laid back; China, more aggressive; South Korea, somewhere in the middle.”

When it comes to what works and what doesn’t in the corporate legal world, Suminski has learned there’s never one answer.

Like the time he was asked about flying cars. “I asked, ‘Do we have insurance coverage for this?’”

The reply: “We need to check.”

“So we talked about it. All the different scenarios. If a flying car is being driven and has an accident, that’s general liability. But, an aircraft?” Little distinctions were important going forward.

Mark Kundla—a partner in the Springfield, NJ law firm Hardin, Kundla & McKeon—remembers working with Suminski early in his career, and then over the next two decades, to button up safety responses to propane incidents.

“He’s a mentor to me in many respects. … He took it upon himself to educate me with respect to the product, its dangers, safety concerns, which then allowed me to effectively handle litigation matters.”

Based on Suminski’s briefing, Kundla was able to develop a team of attorneys, engineers and expert investigators to visit a potential leak or accident site at a moment’s notice.

After Suminski moved on to Tyco and TE, “we’ve continued our relationship and I continue to do work for them.” 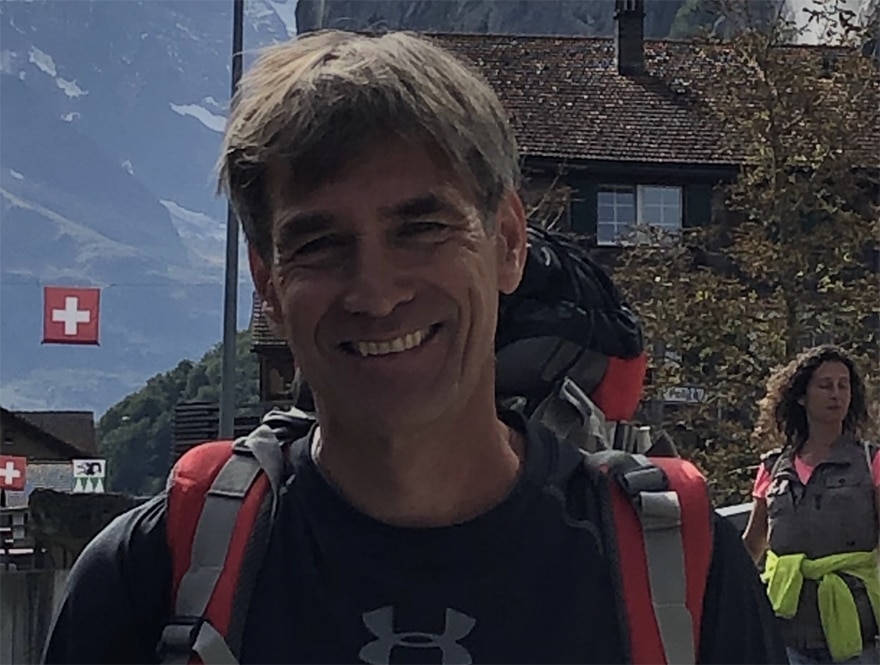 “Rich’s unassuming nature often belies his innate intelligence, confidence and deep commitment to his family, his job and all those around him,” Kundla says. “He’s the perfect combination of confidence when needed, but with a natural humility that underlies his many accomplishments, both personally and professionally.”

His busy career notwithstanding, Suminski always found time for his four children, his passion for running and hiking, involvement in youth sports coaching, and several charitable endeavors—all facets of his life that will increase with retirement.

Perhaps retirement may see Suminski put those legal skills to use for good once again.

At the end of the year, like a good general counsel, he will take advice about what to do with his free time.

“I’m going to take six months and listen to the advice of my family and friends.”