In energy generation at Otter Tail, its air and a spare

There’s a lot to be said of Fergus Falls, Minnesota. Located in Otter Tail County, it has more than 1,000 lakes; 13,500 friendly people live there; and Otter Tail Power Company produces energy at a cost 30 percent lower than the national residential average.

That doesn’t happen by accident. 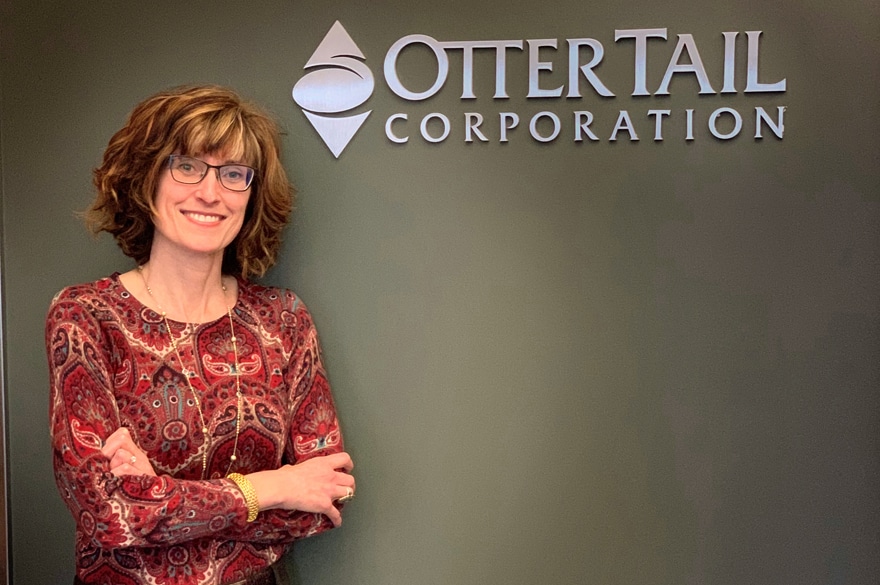 Working with a legal team of six, General Counsel, Vice President and Corporate Secretary Jennifer Smestad is helping to lead the company toward completion of $1 billion in capital projects. Topping the list is building a 150-megawatt wind farm located in North Dakota—the largest capital project in the company’s history—and a new natural gas plant in South Dakota. The Merricourt Wind Energy Center is expected to produce enough energy to power more than 65,000 homes.

“One of the true joys of working at an electric utility as a lawyer is to see tangible results of your work and making a difference in people’s lives. Delivering power reliably and affordably is part of our mission,” Smestad says.

Founded in 1909, Otter Tail Power Company is an electric utility company serving 130,000 people in Minnesota and the Dakotas, delivering power to 423 towns over 5,000 miles of transmission lines.

Currently under construction, the 150-megawatt Merricourt project, covering 13,500 acres in southeast North Dakota, will be up and running in 2020.

Otter Tail bought certain development assets from EDF Renewables Development, with an affiliate now constructing the project for Otter Tail. The project, she says, will take advantage the natural and plentiful resource of the wind blowing across the Great Plains and is currently estimated to cost about $258 million. 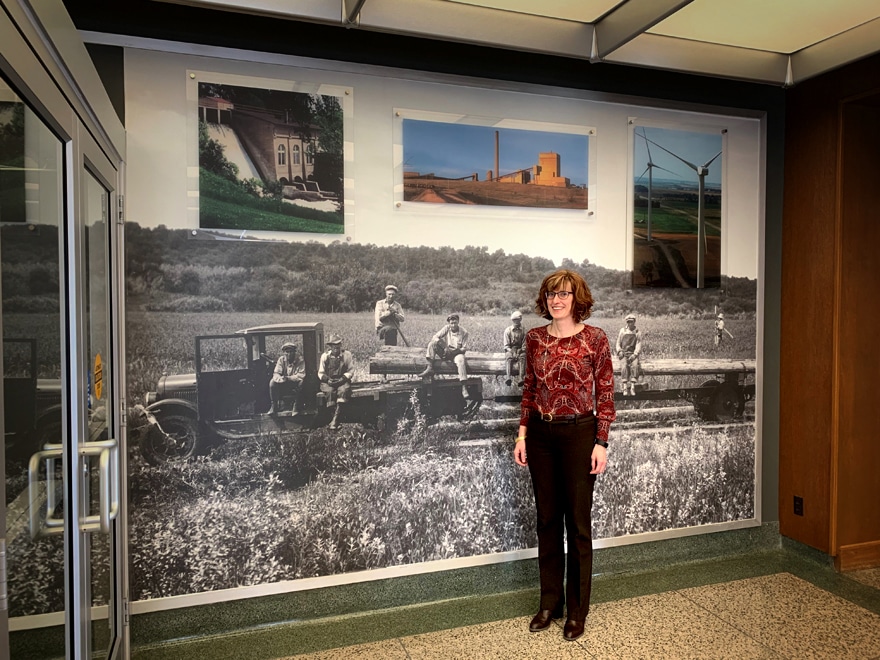 Smestad and her legal team are helping handle every aspect of the work surrounding these projects, from regulatory approvals and developer agreements to financing and construction.

“These projects are part of a two-step plan to replace our retiring 1950s-era coal plant in Fergus Falls, Minnesota,” Smestad says. “The wind capacity at the Merricourt site is strong and will produce amazing results at low cost for our customers.”

Because the wind will not always be blowing, Smestad says Otter Tail started construction of a natural gas plant this year to produce an additional source of energy.

Scheduled for completion in early 2021, Astoria Station, the simple-cycle natural gas plant in east central South Dakota will produce 245 megawatts of energy and complement the utility’s wind resources. The projected is currently estimated to cost about $158 million.

“The natural gas plant, as a dispatchable source of energy, can be tapped as needed when there are high demands on our system such as in our frigid winters,” she says. “The natural gas plant is a state-of-the-art facility and designed to ensure system reliability and power is available for our customers at all times.”

Smestad has experienced her own version of shifting winds—law wasn’t even on the horizon when she went to the United States Military Academy at West Point in 1988.

Originally, she says her focus was to serve as an army medical service corps officer after graduating with her degree in political science with a focus on civil engineering in 1992. But an injury after graduation changed all that, and it was time to re-direct. 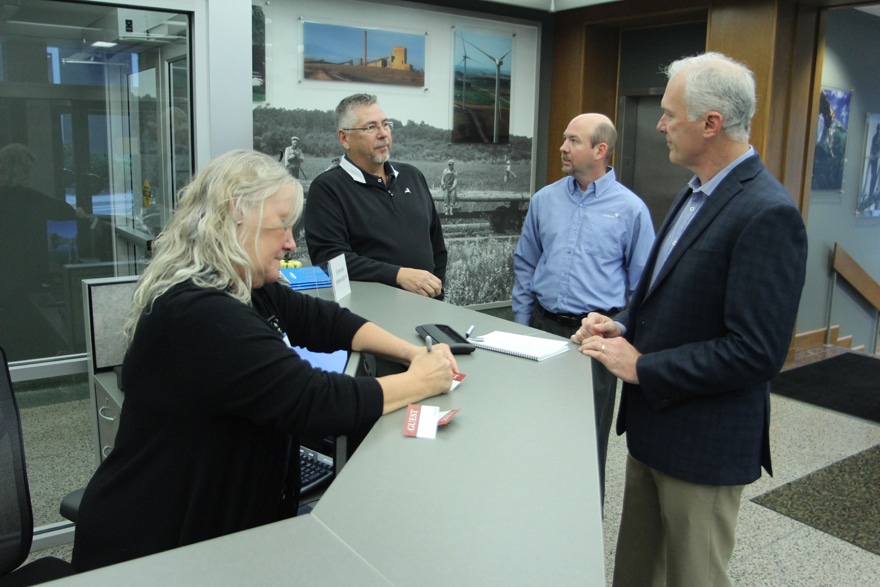 Always interested in the legal field, Smestad says she chose to pursue her J.D. at the University of Texas at Austin, graduating in 1998. She served as an intern at Pemberton Law during her first summer of law school and continued the work while completing her degree. Upon graduation, she joined the firm focusing on estate planning, business and real estate.

“While I really valued my clients and the experience of serving people’s needs and working to solve challenging issues, I was very much looking forward to being part of a larger team,” she says.

When an in-house position opened up at Otter Tail in 2001, she says it offered her a chance to join such a team.

Are there challenges? Of course, but in two decades she successfully helped to shepherd the company through many transitions, or “eras” as she likes to call them. Initially only a utility company, Otter Tail Corporation, Otter Tail Power Company’s parent company, now also holds a manufacturing segment. When Smestad was first hired, she was heavily involved in mergers and acquisitions, later being promoted to assistant vice president of business development. She later re-directed back to the legal team, after having her second daughter. She and her husband Richard now have four daughters, Svea, 17; Solvie, 15; Siiri, 13; and Selja age 18. Juggling their activities adds to the dynamics of an active daily life.

“What I love about my career with Otter Tail is the variety of experience that I have encountered; what makes it challenging also makes it exciting,” she says. 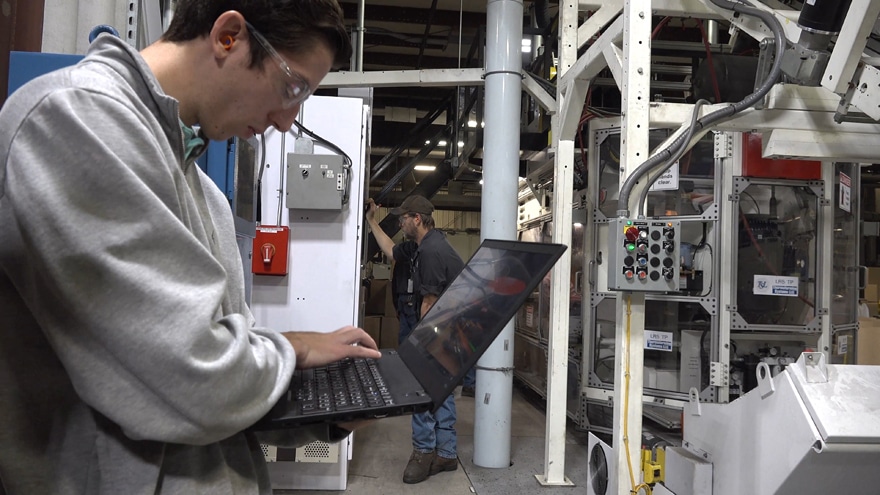 At Otter Tail, she says she made “intentional choices” to position the legal team as part of the growing business and to serve business partners within the company—a reason why she was promoted to general counsel, vice president and corporate secretary of Otter Tail Corporation in 2018.

“Our legal team is now seen as true partners within our company, which both strengthens our overall business decision-making, as well as our team members individually,” Smestad says. “Serving our mission to meet the needs of our customers, employees and investors is an important role that I not only thoroughly enjoy, but also believe in.” 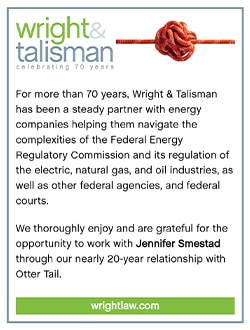