Glad to go from Wall Street to consumer finance

Even if the rewards are immense, specialization can have its price.

“New York deal attorneys have to be perfectionists because they do the same thing over and over again, often-times with billions of dollars at stake,” says James Odell, speaking from first-hand experience. “The transactions are similar and, though the people and circumstances are different, you’re essentially repeating the same process.”

Such was the situation Odell found himself in while sealing big-ticket deals as a senior associate or partner at three heavyweight firms during those heady M&A and junk bond days of the 1980s and 1990s. But being someone who relishes change and variety, he opted for some livelier, even more chaotic, in-house roles, the most recent taking him to Momentum Financial Services Group—the erstwhile Money Mart Financial Services—in 2017. 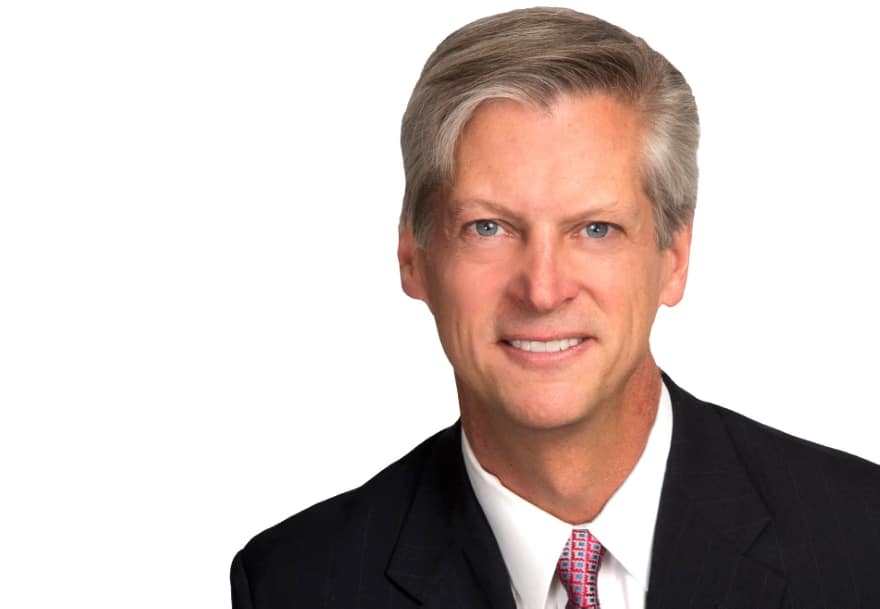 Having just celebrated his fifth anniversary this past April as general counsel and executive vice president of the consumer finance firm, Odell seems comfortable with the late career change that took him from Wall Street to Main Street. It’s on this path where Momentum Financial can assist underbanked consumers and small businesses with credit and services that the big banks aren’t likely to extend.

“That’s my career, a story of transition,” he tells Vanguard from his office in Malvern, Pennsylvania, outside of Philadelphia. “A story of a big New York City lawyer in a state of transition.”

He got to Momentum Financial at an interesting time. It also was in a state of transition. Consequences of the global recession of the late 2000s and an adverse regulatory environment had quickly decimated what had been the firm’s thriving European business and the earnings driver behind the leveraged buyout of the company in 2014. With very few available options, a sale of the European business ensued.

Odell arrived at the company just in time to assist with European disposition. “Our own Brexit,” he says of Momentum Financial’s departure from Europe.

The situation on this side of The Pond was also in flux. This, after all, is a firm whose business model assumes much risk and is accused—often groundlessly, Odell says—of exploiting its customers.

“Because we lend to underbanked customers with non-prime credit scores, the default rate is much higher than from loans to higher-net worth or more credit-worthy individuals,” he explains. “In order to have a viable business, higher interest is required to offset the higher credit risk. It’s like a law of physics, but this reality often falls on deaf ears.”

Thus, Momentum Financial doesn’t operate in every state, including some where its services might be most needed. But that won’t stop the firm from trying to expand its offerings where it is welcome.

And that’s another role where Odell is essential. While Momentum Financial’s traditional retail business units—Money Mart Canada, Money Mart Home Finance and Momentum USA—retain physical offices and store/branch locations, they’ve also gone online. The firm recently launched its fintech unit, CENTZ, in hopes of combining its lending expertise and 3 million customers with a new, scalable and data- and technology-driven platform. That type of online and digital platform, however, raises the stakes with many state rules and regulations about data privacy and security.

“The design goals for CENTZ are to make it scalable and efficient by replacing human intervention with automated technological solutions backed by AI and machine learning,” Odell says. “The approach should lead to substantial cost savings which can be passed along to customers. The concern for the L&C team, however, is that if something goes bad, it’s not as containable. If platforms aren’t properly configured, thousands of people might be adversely impacted.”

What the doctor ordered

So, Odell has had much to oversee in an ongoing career that he divides into chapters of deal-making and in-house, first with Wall Street and then with Main Street.

A University of Pennsylvania Law School graduate, Class of 1985, Odell likens his first 16 years at three firms to being the legal equivalent of a brain surgeon. Everything had to be so precise when he was closing megadeals like the RJR Nabisco LBO, first at Simpson Thacher & Bartlett and then at Jones Day and O’Melveny & Myers, respectively. Having done these transactions so many times, Odell had it down to a science.

“I had large, talented teams working with me and we knew how to execute complex, multi-billion transactions better than anybody,” he says. “But in fairness, we were basically doing the same thing over and over again.”

That changed in 2001 when Odell became Citi’s general counsel for investment banking. No longer was he a brain surgeon—an emergency doctor in a M*A*S*H unit was more like it. One day he’d be dealing with a hardnosed New York attorney general named Eliot Spitzer who was aggressively looking to make his political name by finding victims on Wall Street.

Other days Odell would be helping settle class-action litigation stemming from Citi’s deals with WorldCom. Then there was Citi paying $2 billion to investors who accused the bank of aiding Enron in its accounting scandal. He was also on the committee approving IPOs for the likes of Google and PayPal and “countless” leveraged finance transactions.

In 2005 Odell says he traded one M*A*S*H unit for another, leaving Citi to be general counsel for the Americas at UBS Investment Bank for the next six years. During the financial crisis, Odell would represent the massive bank on the Treasury and Federal Reserve Wall Street crisis management team responsible for reviewing alternatives to the Lehman bankruptcy, the Merrill Lynch sale, the AIG restructuring and other crises.

Odell’s time at Momentum Financial has had its own challenges, also, but not without positive outcomes.

“We’re over 90 percent retail with the rest being small businesses,” says the 62-year-old Odell. “Since the early 2000s, banks have focused on high-net worth customers with large deposit amounts and fee generation and cross selling opportunities. Banking services in the small dollar segment of the financial services market haven’t been considered profitable enough for the banks. It’s a national issue.” 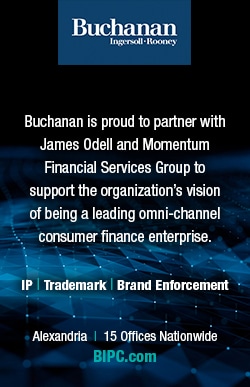 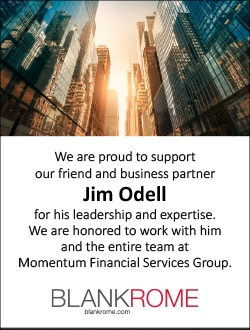 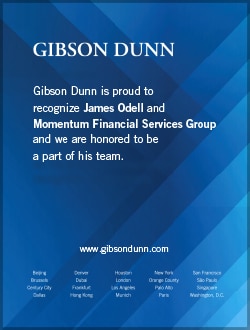