Rolling with change adds up to success for Mesirow GC

As Ketan Shah looked forward to graduating with an accounting degree from the University of Illinois Champaign-Urbana in 2002, he envisioned a clear career path ahead of him.

Then the path twisted—the accounting job he accepted with Arthur Andersen disappeared as the firm abruptly closed amid a scandal related to its work for Enron. While Shah landed on his feet, becoming an auditor at Deloitte, in a couple of years he knew he wanted a career enabling him to have greater impact in helping companies grow. 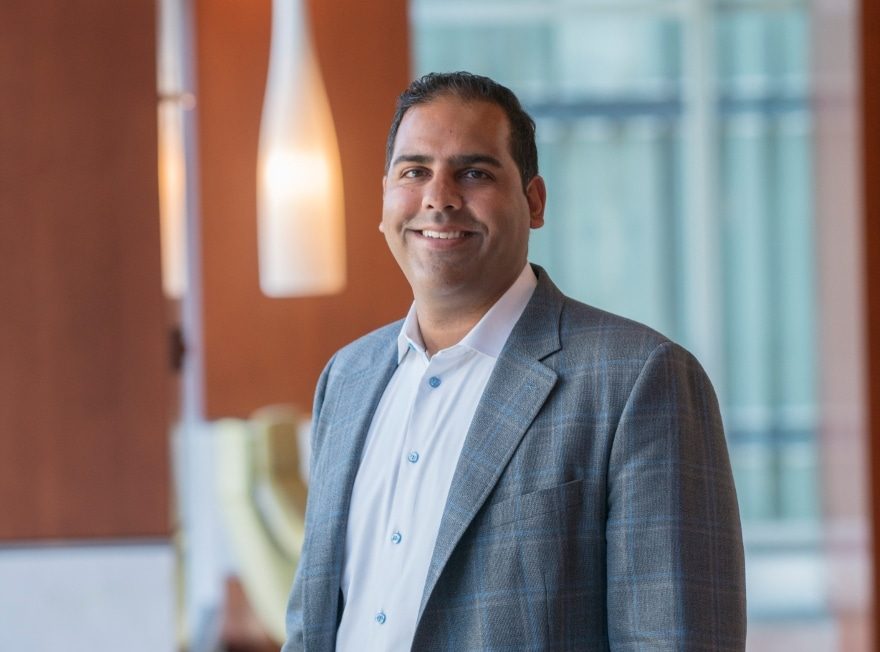 So the accountant who never wanted to be an attorney is now general counsel and senior managing director at Chicago-based Mesirow, leading the legal and compliance teams that help structure financial services and investment strategies.

“My career had a number of twists and I just rolled with it,” Shah says. “In many ways that has made me a better lawyer because the unexpected is what we deal with as counsel.”

A plethora of products

Mesirow offers global investments in traditional equity and fixed income and alternatives such as currency, private equity and mutual funds. It has a registered investment advisor providing outsourced retirement planning services through its fiduciary solutions and retirement advisory services groups. It works in capital markets including institutional sales and trading, credit tenant leases and sale leasebacks, and has an investment bank.

Shah leads a team including 11 compliance professionals, as well as attorneys Amanda Mlinarcik, Mike Sefton, Miles Matheson and Renee Schreiber. Each attorney provides a focus. Mlinarcik, for instance, has expertise in foreign currencies, as well as regulatory environments. Sefton provides needed investment advisory expertise, such as with the federal Investors Advisers Act. Schreiber is adept in HR issues. 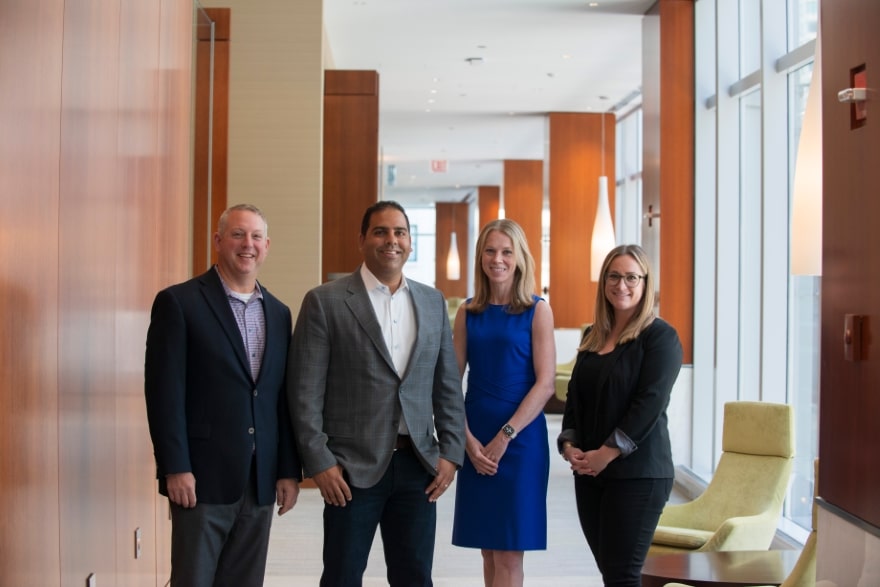 “Having such a strong team allows me to work on strategic issues and still know that the businesses are receiving the guidance and advice they are seeking,” Shah says.

How the legal team advises the Mesirow’s business units varies. While outside counsel is used for specialized products, regulations and offerings, Shah and his team try to handle the more structural and strategic items internally, he says.

They work closely with members of the fiduciary solutions, retirement advisory services and wealth management teams to ensure compliance with regulations from the U.S. Securities and Exchange Commission, Financial Industry Regulatory Authority and the U.S. Department of Labor, among others.

They also handle almost all investment banking items in-house and have recently become more involved with the broker-dealer’s structured products, as that business line looks to expand into new areas and offerings.

Shah says Brian Price, president of Mesirow’s investment bank and leader of the M&A activity, ensures the legal team is involved from the outset of a proposed deal.

Sometimes, that involves members of the legal team joining an initial visit to a target acquisition, Shah says. It also can involve reviewing the regulatory environment for a target and issues it may face. The team also works with outside counsel including Winston Strawn LLP on M&A diligence and regulatory matters around an acquisition.

However, one of the biggest projects of Shah’s career—selling Mesirow Insurance Services to Alliant in 2016—was done in-house. Though no stranger to M&A, Shah says this deal had an immediacy he’d never understood as outside counsel, as many of the more than 200 employees affected were his friends. Though they had their own outside counsel, he found himself answering their questions while negotiating and structuring the sale. 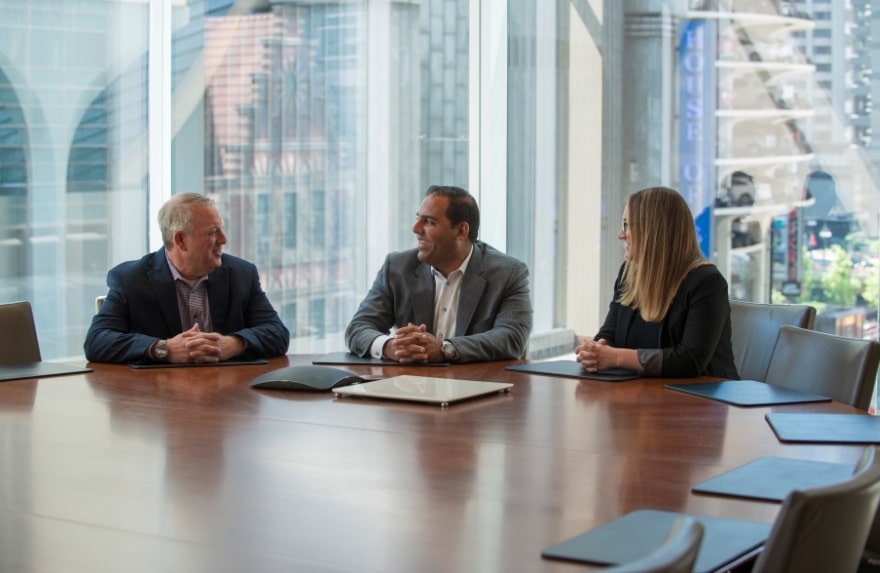 “As outside counsel, you do not always fully comprehend the impact a deal may have on people,” Shah says.

“It was a crazy process but incredibly rewarding. To be able to do that whole project without outside counsel was a real accomplishment,” Shah says.

A native of the Chicago area, Shah had served as an intern at Arthur Andersen between his junior and senior years at the University of Illinois. When the full time job he expected there after graduation vanished, he joined Deloitte in September 2002.

He was assigned extended auditing work and the exposure to M&A piqued his interest in business. In 2004, Shah decided to take the LSAT law school aptitude test and then enrolled at Northwestern University Pritzker School of Law in 2004.

After earning his J.D. in 2007, Shah joined Kirkland & Ellis LLP as an associate. His work in corporate law taught him much about corporate law and business, but he wanted to be part of an in-house team because it offered greater involvement with one company. 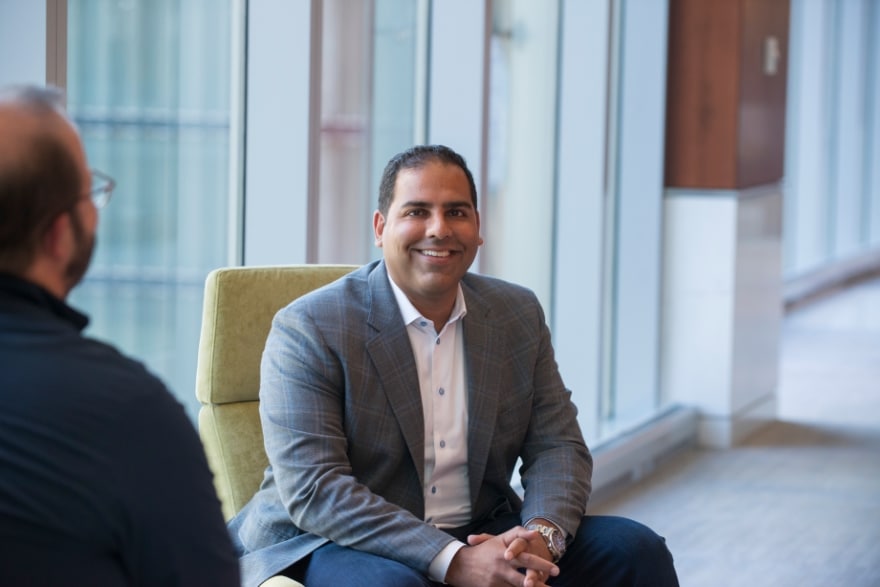 Shah is married to a nonpracticing litigator and they’re raising two young daughters. They’ve traveled extensively—he estimates his older daughter had been on 50 flights by the time she was 4 years old. He and his wife have been on safari and white shark cage dives, but Shah says their free time these days is largely spent taking their daughters to music, dance and sports activities.

While expressing his gratitude to Levine, Price and Mesirow President Natalie Brown for their faith and support for him, Shah says a law career has provided rewards he hadn’t imagined.

“I love M&A, it’s always exciting,” he says. “I love being an advisor and counselor to our business. I get to take complex issues and break them down to give practical advice to help the firm and its businesses grow.” 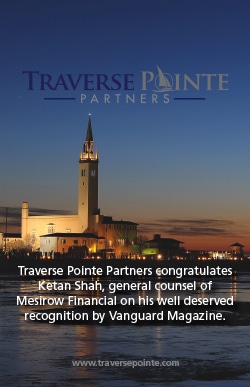 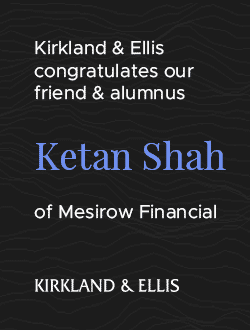 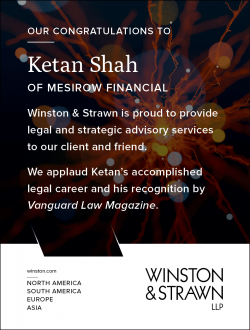