With a couple of pending acquisitions and internal build-outs on her to-do list, the workload was heavy in 2017, causing Lori Buchanan Goldman to think creatively in her capacity as legal boss at Bryn Mawr Trust.

Head of what was then just a three-member legal team for the regional bank in Greater Philadelphia, Goldman didn’t necessarily need another full-time lawyer. But some kind of fix was necessary. 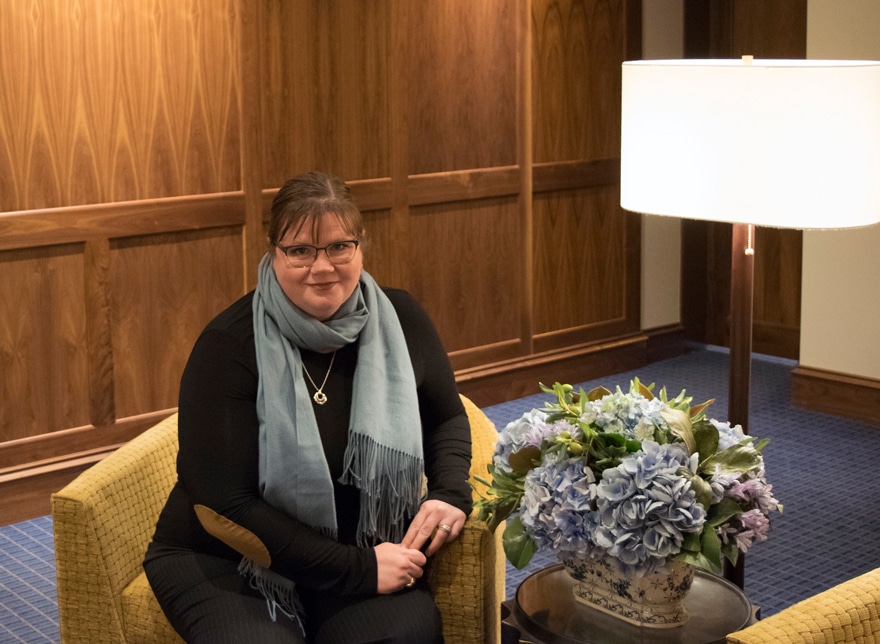 And just down the road at Villanova University’s Charles Widger School of Law, talent did abound. So why not initiate an internship and externship program rotating a couple of highly vetted law students on a regular basis?

Bryn Mawr Trust would benefit from additional services at a reduced cost, while the students would garner course credits and closely supervised real-world experience at a financial institution whose services extend into Delaware and New Jersey. A couple of years later Goldman can say it’s been a “win-win” for everyone involved.

“I’ve received multiple emails from some very respected attorneys who have hired our interns, thanking us for the referrals,” she tells Vanguard in October, a few months after the first five students earned their juris doctorates as well as a head start in a competitive profession. “It’s great to have a role in connecting these talented individuals with opportunities.”

It has also been another opportunity for Goldman to display the innovative modus operandi that so factored in Bryn Mawr Trust bringing her aboard in April 2015 to assemble its first in-house legal department.

In her previous eight-year stretch as a business associate with the Stradley Ronon firm in Philadelphia, she had gotten to know the bank well, it being among her favorite clients. Well-versed in such areas as securities, mergers and acquisitions, and corporate governance, and having operated largely in the community banking space, Goldman fit the parameters to be general counsel as well as senior vice president and corporate secretary.

For while the bank had long depended on outside counsel, the time seemed overdue for a legal department of its own—only Goldman would initially be a one-woman team working with a budget that she’d have to stretch. 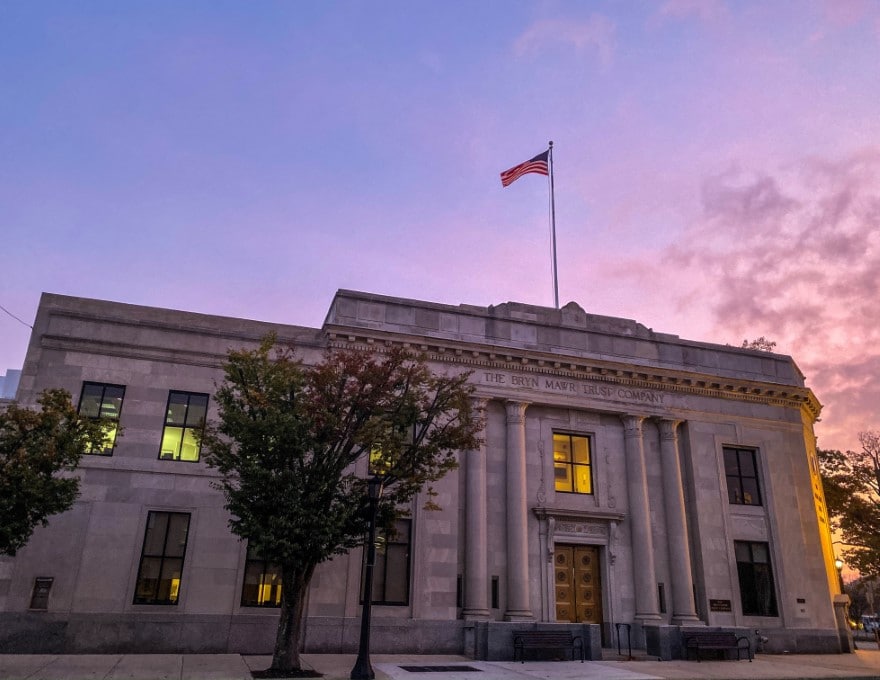 “This put my skills of agility and opportunity maximization to the test as the competition for time and resources was greater than ever,” she recalls of the first couple of years.

By late 2015, Goldman would have the OK to bring in as associate counsel Megan Iannacone, a Temple University law grad who had distinguished herself as a versatile and process-savvy attorney over the course of five years with Portnoff Law Associates, a Pennsylvania heavyweight in collecting debts for municipalities.

The two lawyers on the same page, they’d initiate the Villanova program and make more effective use of outside counsel. One of those firms was Philadelphia-based Royer Cooper Cohen Braunfeld LLC, which Goldman lauds as a go-to firm with expertise in transactions, litigation and any other matters in need of specialized guidance.

“Ms. Goldman is a practical and thoughtful general counsel,” says Matthew Faranda-Diedrich, a Royer Cooper partner. “I have always found her to be laser-focused on her clients’ best interests and able to effectively deliver sound business advice to the bank. She is methodical and diligent in her work, and a pleasure to work with.”

And that’s what she says in-house legal should be about—helping to guide the business forward, to navigate pitfalls and position it well to achieve its business objectives. At a community-oriented bank like Bryn Mawr Trust, it’s also about being part of an entity that’s a good corporate citizen, which is important to Goldman.

Goldman says the emphasis on business and people have been among her prime motivators since opting out of a pre-med major at Boston University during the late 1990s.

Her passions leaning more toward international relations, she’d study in France for a year and intern at the United Nations Library for Women’s Issues. She eventually turned to law as a conduit for pursuing her general interest in “helping people.” 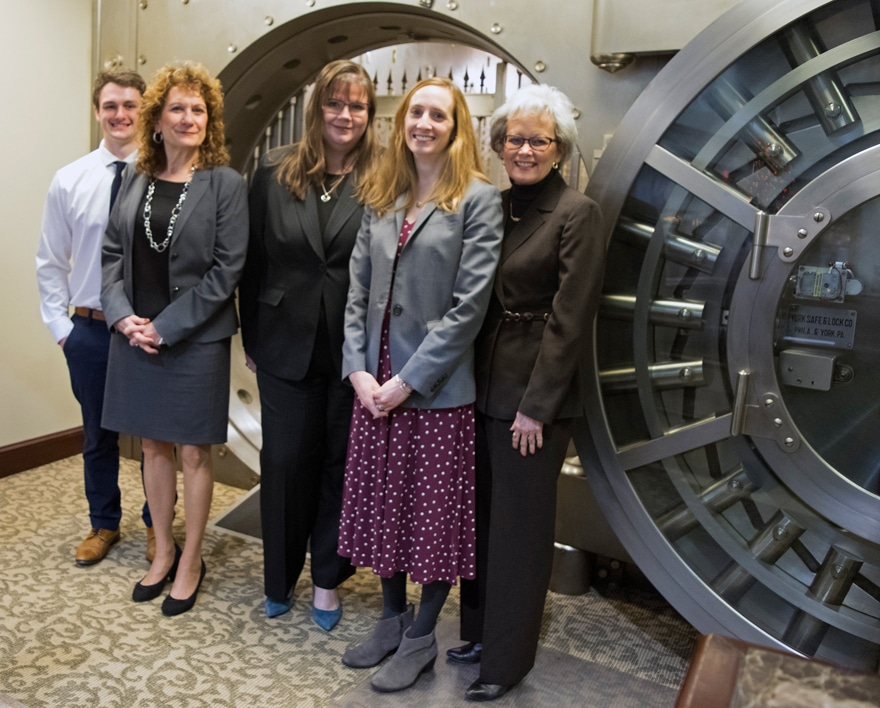 Upon enrolling at Cornell Law School, Goldman knew she’d rather be in something more cooperative than contentious. “It was there I realized I had much more of an affinity for the positive-sum game of corporate and business law than the zero-sum game of litigation,” she says. “With a positive-sum corporate focus, I get to help more people.”

Extracurricular activities that included the Women’s Law Coalition and the Public Interest Law Union would further mold her social conscience and grow her confidence.

Upon earning her law degree, Goldman would become a corporate associate at Kaye Scholer for a few years, but having grown up in rural Upstate New York, life in the Big Apple wasn’t to her liking. When an opportunity arose in Philadelphia at Stradley Ronon, she pursued it. The move facilitated the lifestyle Goldman now enjoys with her writer husband and their two sons, ages 8 and 5.

Stradley Ronon also offered much opportunity for Goldman to hone her skills in corporate M&A and securities and, of course, would introduce her to Bryn Mawr Trust where the in-house role has made her feel most at home. And those interns can feel like extended family.

What an asset they’ve been, Goldman says, explaining how the first team enabled her and Associate Counsel Iannacone to concentrate on many critical matters that were happening at the bank in 2017, including the acquisition of Royal Bancshares of Pennsylvania. 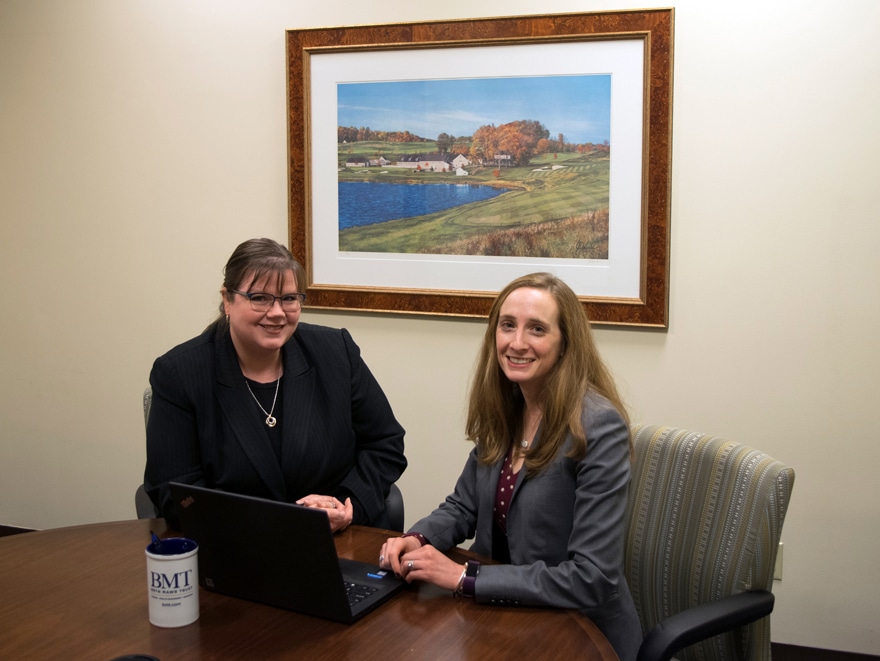 However, a legal department’s responsibilities don’t end with an acquisition, there being integration, compliance and other details to pore over as well as the more routine day-to-day matters. Even with a legal staff that’s since grown to six (including interns), Goldman can still feel besieged, as banking law includes so many high-stakes variables.

“Working at a law firm, there’s ebb and flow—a few transactions can keep you busy for several months, but there is also down time” she says. “In-house there is a constant flow of matters that need to be managed, and practically no ebb. That said, it’s always interesting and allows me to know my client better than I ever could as external counsel. At the end of the day, my contributions to this organization matter, and that is very satisfying.” 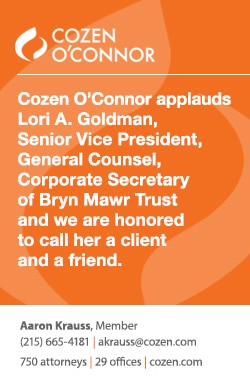 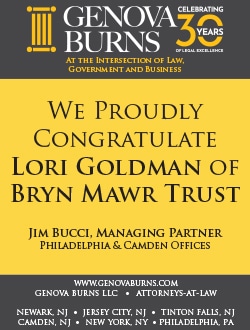 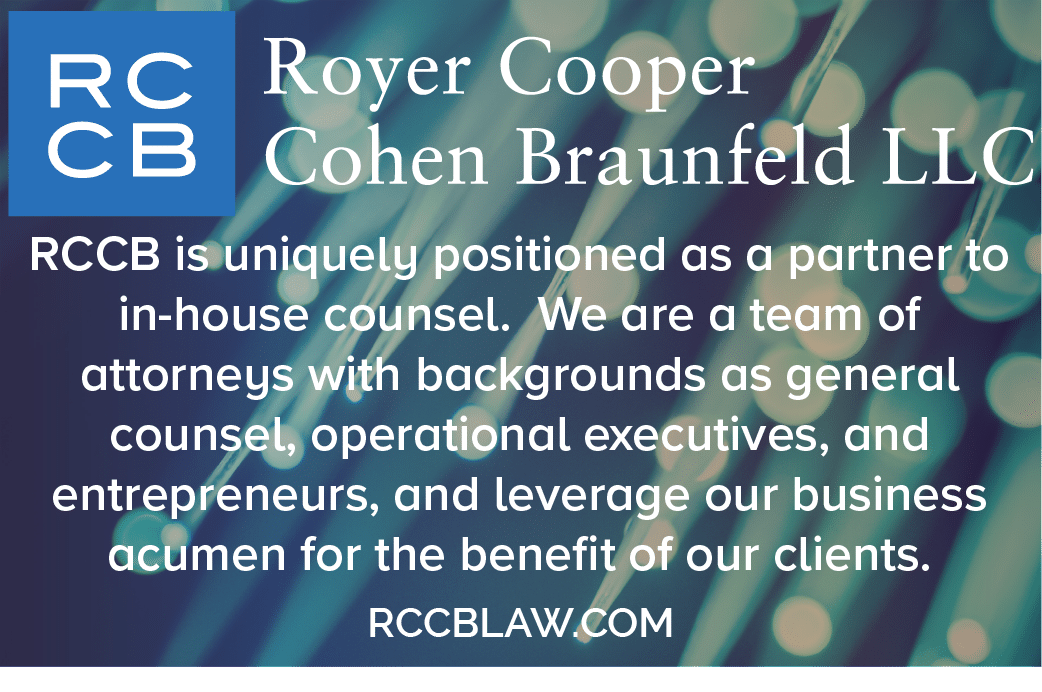