Though his employer has moved its primary listing from the London Stock Exchange to New York, C. Patrick Tench may still resort to across-the-pond lingo while describing one of his core duties with Ferguson Enterprises.

“Got to navigate the wickets,” the assistant general counsel tells Vanguard in March from headquarters in Newport News, Virginia.

Ferguson being the largest U.S. distributor of plumbing supplies and a frequent partner to commercial, industrial and residential clientele, the wickets can be many, varied and narrow. This especially happens at construction sites where there’s an intertwining of complex relationships: the building’s owner, the general contractor, the subcontractors and the plumbing specialist. Grounds are always ripe for dispute which, if Tench can’t preempt, he tries to mitigate. 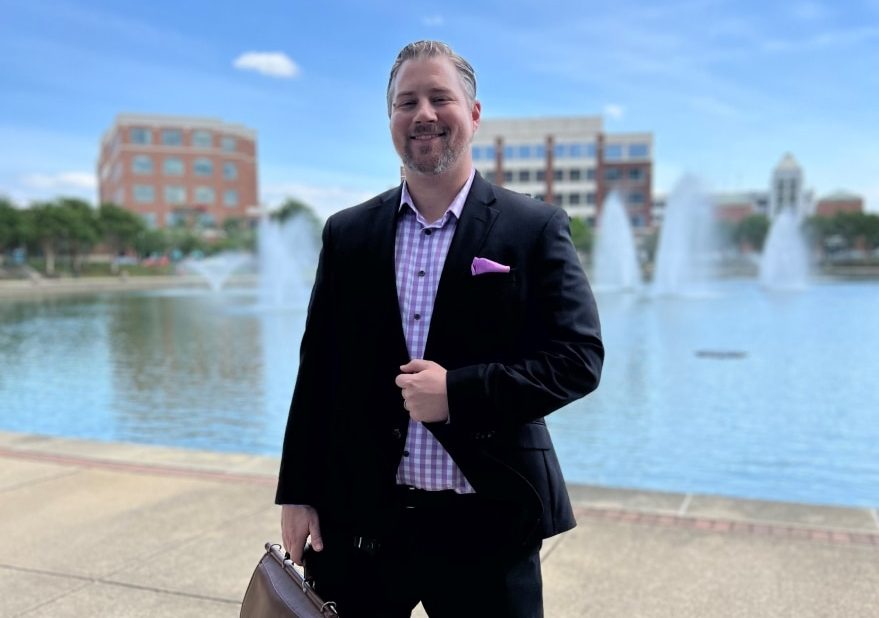 “What may be the best legal solution from a litigation perspective isn’t always the best course of action for the business,” he says. “You can’t just think like a lawyer.”

Should a pipe leak or valve malfunction, the general contractor will probably expect repairs from the plumbing subcontractor who might expect a resolution from Ferguson, even if the problem was caused by faulty installation or onsite conditions rather than defective manufacturing. While Tench could recommend the site be closed until objective experts sort out the blame, he understands that time is indeed money, and that trust and collaboration are essential for professional relationships.

If need be, he works directly with the affected party, local Ferguson contacts and trusted outside counsel to find a solution, which might include extension of credit, replacement product or a customer contributing labor or funds to a settlement. It’s often a sounder strategy, he says, than allowing the situation to devolve into a contentious and slow-moving claim process among the parties. However, this is not always possible, and sometimes, the claims process must play out or a matter must be litigated. 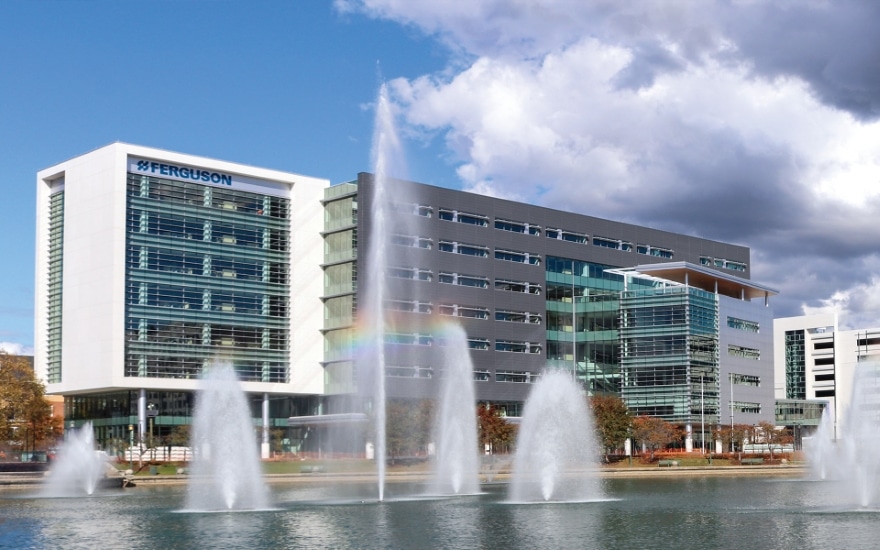 “Ferguson has the resources and ability to litigate cases as fully and aggressively as the situation dictates, and we are certainly willing to do so when it’s appropriate,” Tench says.

But the real value of his position can be preventing issues from reaching court.

“I see things develop as they happen and get looped in with my business partners,” he says. “Being able to get involved early, I can proactively stop and resolve situations before they go off the rails.”

Order in his court

Tench has been doing so since April 2020 when he left his partnership at the Newport News firm of Jones, Blechman, Woltz & Kelly to join Ferguson. Litigation his strongpoint in private law, he seemed the right fit for anticipating and responding to the concerns of just one client. Besides, a huge new Ferguson headquarters was being built across the street and it seemed emblematic of a growing business.

That it has been, with Tench explaining how collaboration between the legal department and the business has helped Ferguson grow faster than what’s been the industry standard. Even COVID-19 wasn’t much of a setback, with construction sites staying open, albeit under sometimes restrictive conditions. Meanwhile, do-it-yourselfers have been tapping into Ferguson’s product line to renovate their homes. 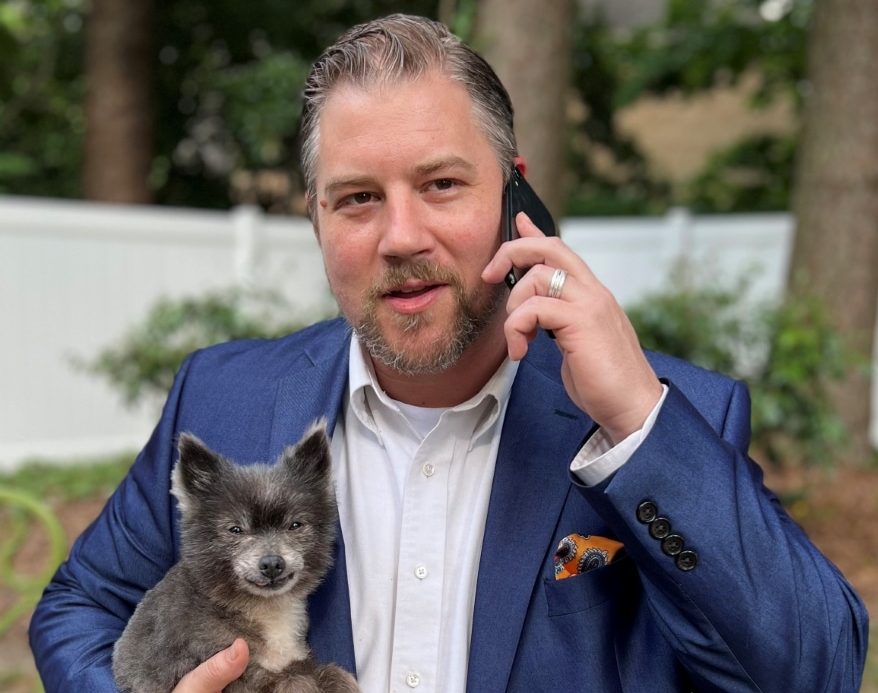 Now, it’s pretty much back to business as usual, the construction industry again strong, creating much for the legal department to contribute toward corporate goals. The company has been in acquisition mode, adding Mission Valley Pipe & Supply in 2020 and four companies the previous year: Columbia Pipe & Supply, S.W. Anderson HVAC Supply, Innovative Soils Solutions and Action Plumbing Supply, and Kitchen Art.

And just prior to Tench’s arrival, the holdings grew with Brock-McVey, Appliance Distributors of Louisiana, The Lighting Design Center and Wright Plumbing Supply. In addition to product claims and litigation, he also has oversight of worker’s compensation issues, so there’s always some matter to stay ahead of.

“It’s been an eye-opener of an experience and I love it,” Tench says. “In private practice I did general litigation—federal, state, criminal, civil—a little bit of everything. But in private practice, whatever happened, happened and there wasn’t much I could do to prevent it.”

Confidentiality and privilege prevent him from discussing in detail the cases Tench has resolved, but his real value lays in those he’s preempted. The opportunity to partner with the business side makes it all the more satisfying for the University of Richmond School of Law graduate to be in house after 14 years with three firms.

At one point, Tench weighed a legal career against one of science, an understandable dilemma for a boy with a judge for a father and a registered nurse for a mother. Initially, he pursued his mother’s hopes for him to be a radiologist, majoring in biology as a Randolph-Macon College undergrad, but one chemistry class was enough. The law seeming a better fit, Tench switched his major to history and a couple decades later has no regrets. 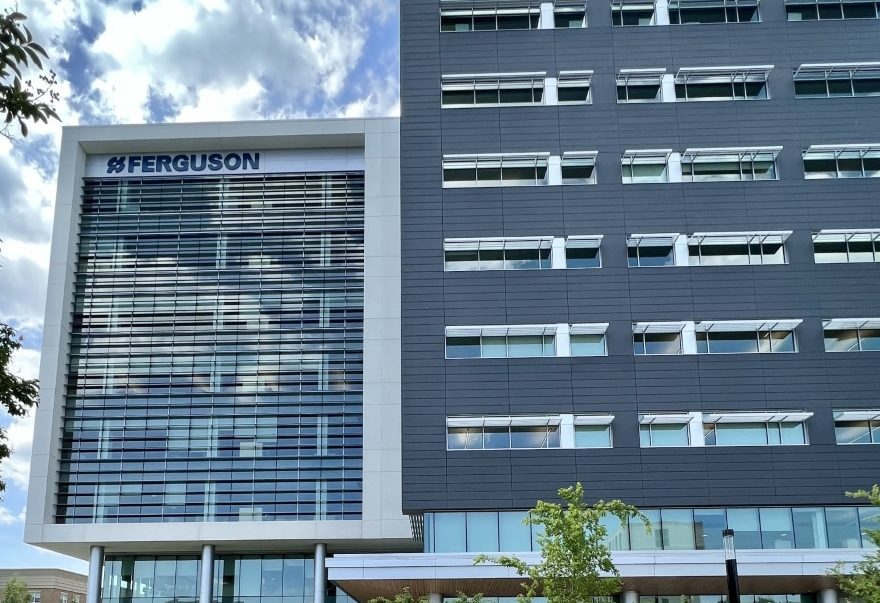 “I like being a problem solver,” he says. “It can be a complicated puzzle, but you’ve got to protect the company’s legal interests while considering its business relationships and how it will all be affected by claim and litigation decisions, now and down the road.”

Life in Newport News, where he was born, is fulfilling for Tench and his wife, Stephanie. And when he’s not protecting Ferguson Enterprises, he’s protecting man’s best friend.

A board member of the Peninsula Society for the Prevention of Cruelty to Animals, he’s welcomed several rescue dogs into his home and advises others to do the same. He says it’s always touching when pups look at him with friendly and trusting eyes—a look he doesn’t often see while staring at another lawyer from across a conference table.

“I’m a sucker for all animals,” Tench says. “And the Pittsburgh Steelers.” 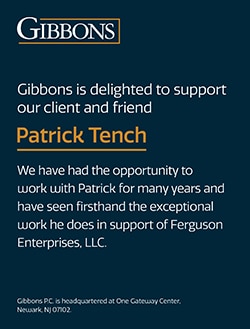 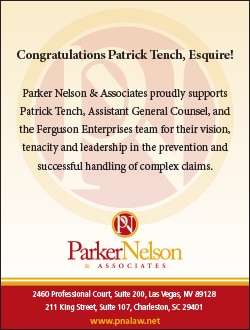