Secret of her success is ensuring others succeed

She’s winding down her career of a quarter-century-plus on the legal staff of American Century Investments. Only the rocking chair doesn’t await Janet Nash—this energetic and adventurous 54-year-old has years, if not decades, left to make an impact in other areas.

While she can’t say what will follow her Feb. 28 retirement party, Nash will apply the company’s motto in another capacity.

“We succeed by making others successful,” says Nash, repeating the simple but substantive statement of the late James E. Stowers Jr., who founded Twentieth Century Mutual Funds in 1958. It was rebranded to American Century Investments in 1997. 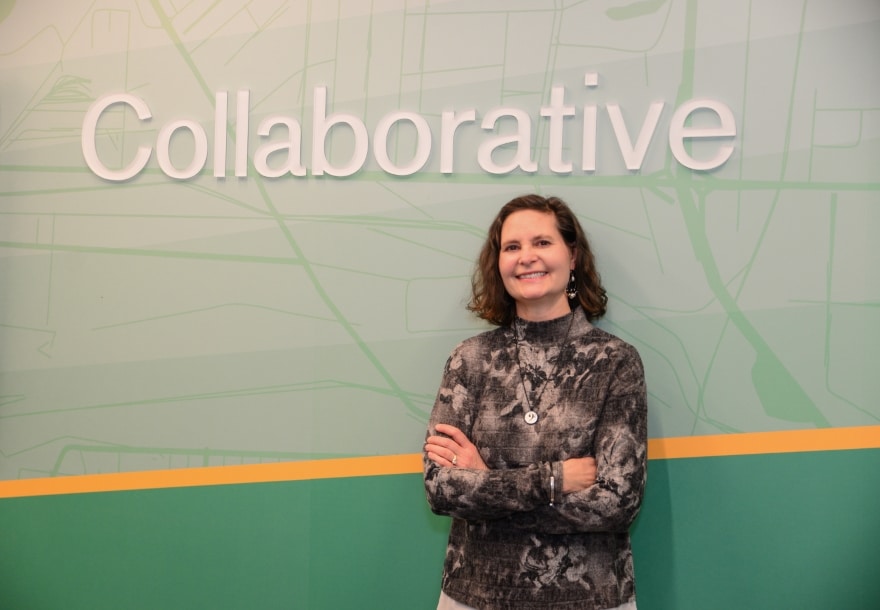 Quite the positive difference Stowers and his wife, Virginia, made in the Heartland and beyond. Both cancer survivors who lived to be 91, they founded the Stowers Institute for Medical Research in Kansas City, Missouri, in 1994 after overcoming the disease.

“Kansas City hadn’t been regarded as a research center, not like Boston or New York,” Nash explains. “A lot of people wondered, ‘Who would come here to research cancer and other genetic diseases?’ Mr. and Mrs. Stowers were committed to this cause, and world-class scientists came here to work and live.”

Nash was part of the legal team as it sold American Century Investments to raise capital for the Stowers Institute and later weighed in on whatever concerns arose after the couple passed. All that was in addition to her regular responsibilities as an in-house lawyer who ascended to senior vice president and deputy general counsel.

On her watch, American Century Investments has grown internationally with Nash counted upon to sort out the regulatory codes of foreign countries. Such was the case a few years ago when she oversaw the firm’s adjustment to Britain departing the European Union.

American Century Investments had long maintained European headquarters in London, and while it would maintain a presence there, it needed a new EU base and settled on Frankfurt. Nash, with 15 years’ experience supporting the firm’s global business, oversaw the details.

“Although the regulations aren’t extremely different, they do diverge,” she tells Vanguard this past November from Kansas City. “London no longer allowed to market in the EU, we had to completely separate some enterprises.” 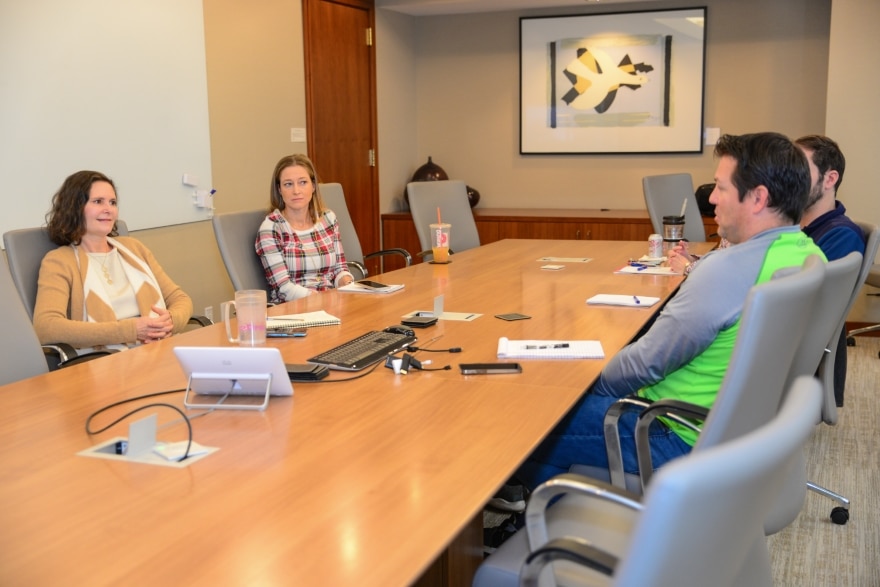 The rules and regulations can be especially stringent in Asia-Pacific, Nash explaining how Hong Kong and Australia are sticklers for information about personnel. Anyone whom American Century Investments taps for a leadership role in those locales undergoes more federal scrutiny than they’d face in the United States. Even such basic information as to where these executives live must be ascertained.

To help track these and other international complexities, for the past three years Nash has used the Aosphere platform, which enhances her team’s ability to quickly research the basics of applicable regulation when American Century enters a new country or adds a new type of client.

“Aosphere is an incredible tool,” she says. “It gathers in one easy-to-use format the expertise of local counsel in dozens of jurisdictions, so we can immediately see a high-level view of marketing regulation in a new market. It also provides a deeper level of research when we need more detail. It enables us to respond to requests by our sales partners much more quickly than pre-Aosphere days.”

Remote supervision having been pre-pandemic business as usual for Nash, she didn’t skip a beat during the worst of COVID-19. She lost some sleep, but that’s typical when overseeing global business from the middle of the U.S. It’s early a.m. hours when dealing with Europe and very late nights with Asia and, of course, much to do on the home front.

It’s well worth the effort, Nash appreciating the many spinoffs from her international interests. She’s looking forward to pursuing more post-retirement.

In October 2021, she accepted a local ministry’s invitation to partake in a leadership conference overseas for Romanian students. 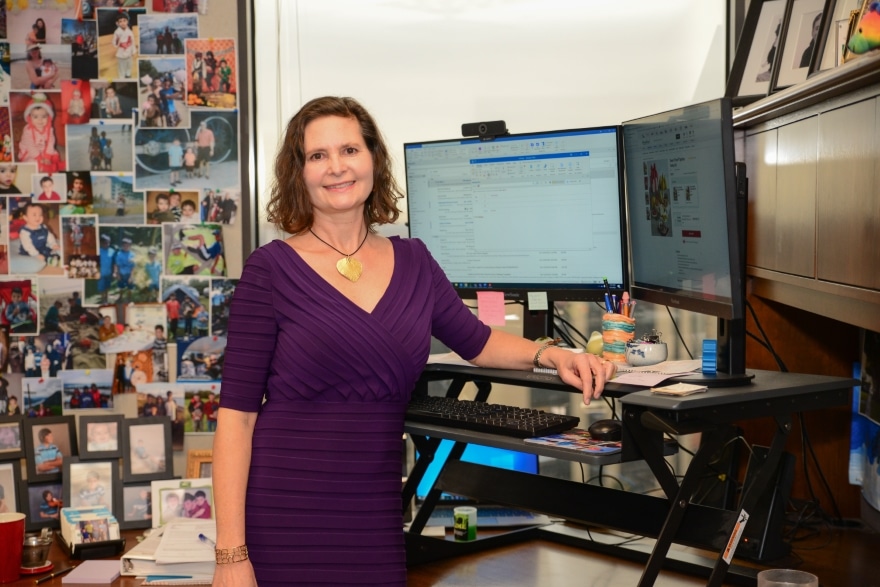 “Fabulous, friendly and thirsty for knowledge,” she says of them. “They were interested in learning how to lead in their individual lives and how to lead the country. I spoke of integrity and how important it is for a leader to have it. Integrity is like a physical muscle—you must exercise it to build it up.”

She’d welcome the opportunity to render more such advice under the auspices of a ministry or a nongovernmental organization. She also says her legal and business background would make her valuable as a corporate director.

“There are many ways for me to have a wonderful next chapter,” Nash says. “Whatever it is, I want it to include a lot of travel.”

Nash and her husband Dean Nash, also an attorney, have three sons, all of whom have toured such far-flung places from the Galapagos Islands to Greece. The parents take most pride in their offspring being achievers, starting with eldest son Reilly, who studies aeronautical engineering at Purdue University. Spenser, a high school senior, is bound for the Missouri School of Science and Technology while the youngest, Riordan, is a sophomore interested in sports.

All three, like their mother, are musicians, Reilly and Riordan on piano and violin, and Spenser on cello. Music will continue being a major part of Nash’s life, she a cellist who finds similarity in performing music and rendering legal advice.

Communication is key to both, says the woman who majored in the subject along with international relations and Japanese studies at William Jewell College before earning her law degree at the University of Michigan. 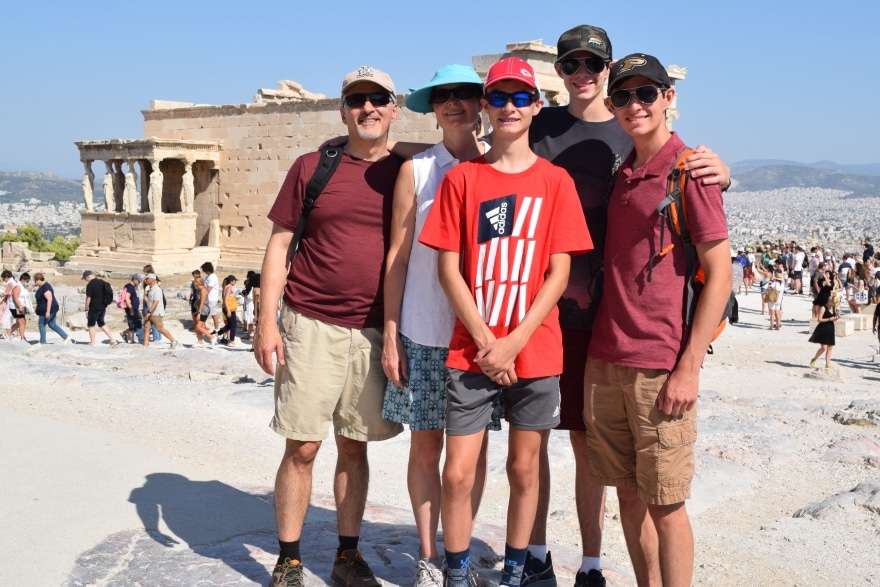 She logged three-and-a-half years with Shook, Hardy and Bacon, handling transactional law that prepped her for American Century Investments. The firm recruited the then 28-year-old Nash and she’s been a fixture there since 1996.

While Nash didn’t expect to stay so long with one company, she says the time has flown. Though James and Virginia Stowers are no longer around, they left quite the legacy that Nash has tried to sustain.

“Unlike them, I don’t have a fortune to donate,” she says with a good-natured laugh. “But I use the talents God has given me to help others as much as I can.” 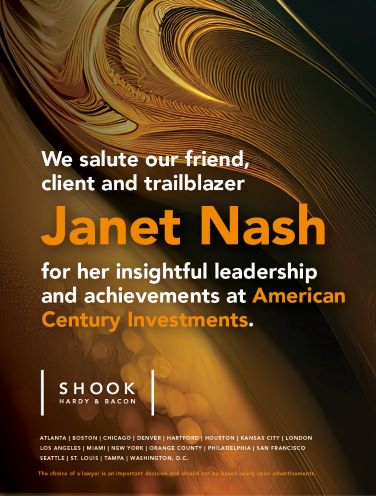 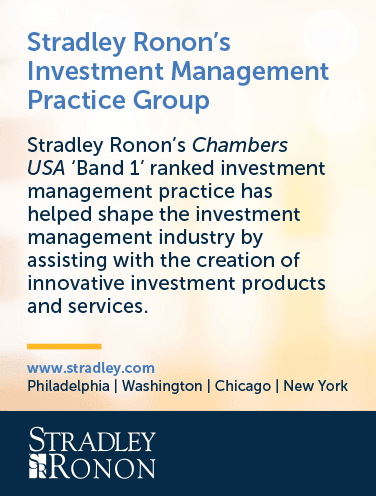