He’ll put in layman’s terms the complex immunotherapies Silverback anticipates bringing into the clinic later this year. If all goes well—and that’s an issue considering how COVID-19 threatens to set back practically every industry— several Silverback drugs will be in clinical development in the next few years for treating various cancers, fibrotic conditions, and viral infections. 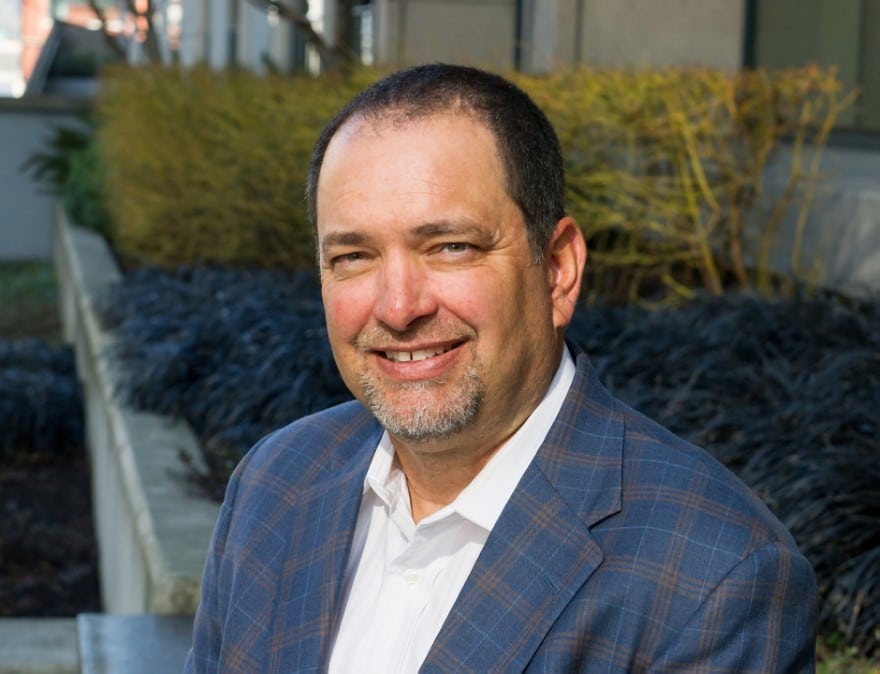 “We have to manage to keep the science going on some level,” the personable Pepe tells Vanguard this spring while—like so many folks—working from his home north of the hard-hit Emerald City. “Even an essential healthcare business like ours has to do a lot of planning to ensure the employees who are working on-site are safe while performing important experiments that advance Silverback’s clinical and pre-clinical programs.”

That includes Pepe negotiating deals with clinical research organization and clinical trial sites. The doctorate he earned in microbiology and molecular genetics is proving just as valuable to Silverback as his subsequent credentials in patent and trademark law, both leading to his hiring last August as general counsel and senior vice president. Silverback is still a lean operation, albeit one that Pepe thinks has the potential to make its mark in the ongoing war against cancer.

From magic to mainstream

Pepe acknowledges it wasn’t so long ago when immunotherapy—the activating or suppressing of a patient’s immune system to fight disease—was perceived as “voodoo magic.”

More recently, immunotherapy has become known in the mainstream for cancer treatment. Silverback, using its proprietary ImmunoTAC™ platform, is pioneering therapies that have potential against solid tumors by fueling stimulating natural anti-cancer immune responses that are unattainable with current therapies. 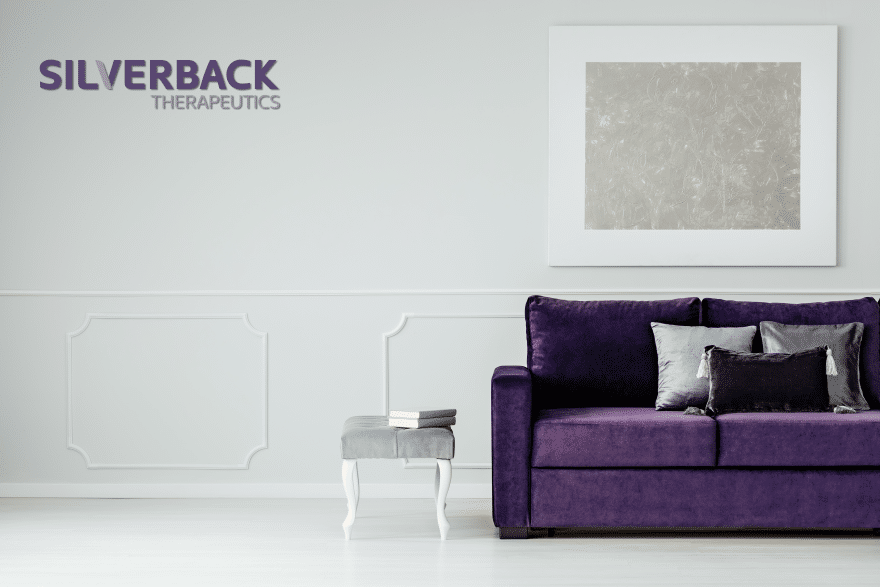 Silverback, Pepe explains, has designed drugs that can be administered into blood circulation but are targeted to act locally by reprogramming the surrounding tumor environment, essentially activating dormant immune cells to attack the cancer cells. He’s eager to see results from the clinical trial that initially will focus on patients with breast, lung, and gastric cancers, and later progress to other types of the disease.

“We’ve got the runway now to do it,” he says, in reference to Silverback moving into a development phase by securing $78.5 million in a Series B funding round this past March that’s a primary gauge of investor interest. It was among the many to-do’s that landed on his desk shortly after he joined the team.

In addition to managing that workload, he’s doing everything from contracting with the company’s coffee vendor—this being Seattle, the standards are high—to managing Silverback’s extensive patent portfolio to dealing with such matters as employment law as the Silverback workforce grows, and the many rules and regulations that face any company involved in the life sciences.

But, as he says, it’s all part of the fun of being with a company striving to make a difference in the greater good. And that was something Pepe had long wanted to do.

He first thought he’d do it as a researcher, Pepe having earned a BS in biochemistry in 1987 and enhancing that degree with a doctorate six years later—all from UCLA—and then a post-doctoral fellow at the University of Washington.

But the early- to mid-1990s weren’t opportune times for new biotech Ph.D. grads. Though a young father of two, he still opted for Seattle University School of Law in 1997, and a few years later served as an adjunct professor for a decade in addition to other roles in the legal profession.

He started his legal career as an associate at the same firm where he clerked as a student, Seattle-based Seed IP Law Group. Years later, after a stop with another law firm and in-house at two biotech companies, he came back to Seed IP as a partner in 2012, advising private and public companies, board members, and venture capitalists. 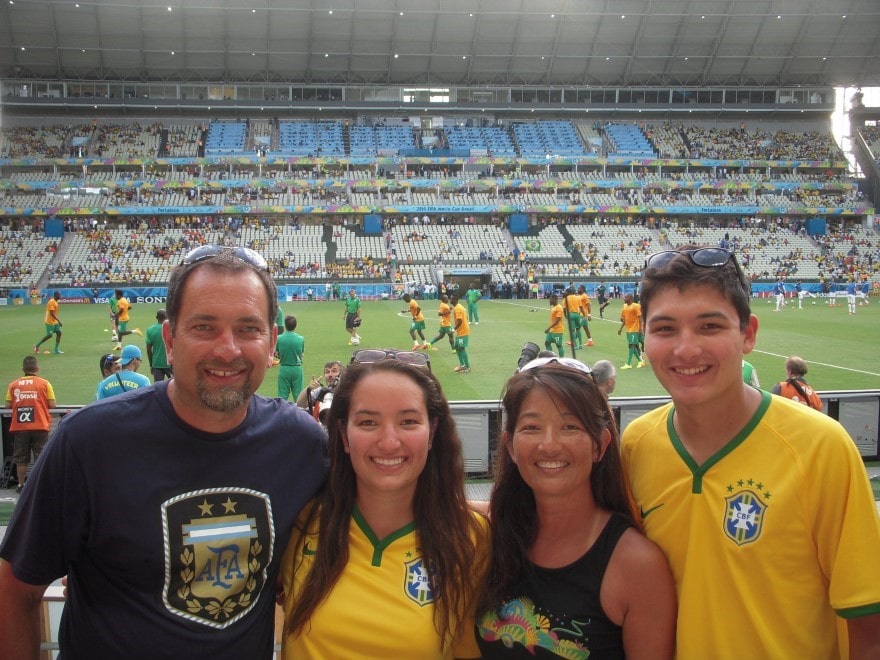 His clients, including a variety of life sciences companies, Pepe seemed the right choice to aid Silverback when the need for a general counsel arose. Though he had mixed feelings about leaving Seed IP, his new employer also had plenty to offer, including a solid scientific platform, excellent scientists and management, and the opportunity to help provide legal guidance at an early stage company.

“As general counsel in-house, you are at the intersection of the science, the business, and the law, and that’s a lot of fun,” he says. “You’re in the middle of everything such that I can collaborate closely with researchers since I can speak their language, which in turn allows me to ensure our business goals are aligned with our science. The analytical mindset that I cultivated in the lab has lent itself very well to my legal career.”

He knows the score

Though he says there often are times when a situation might call for quick judgment as opposed to time-consuming deliberation and collaboration. Also, at times, in less-than-hospitable surroundings. 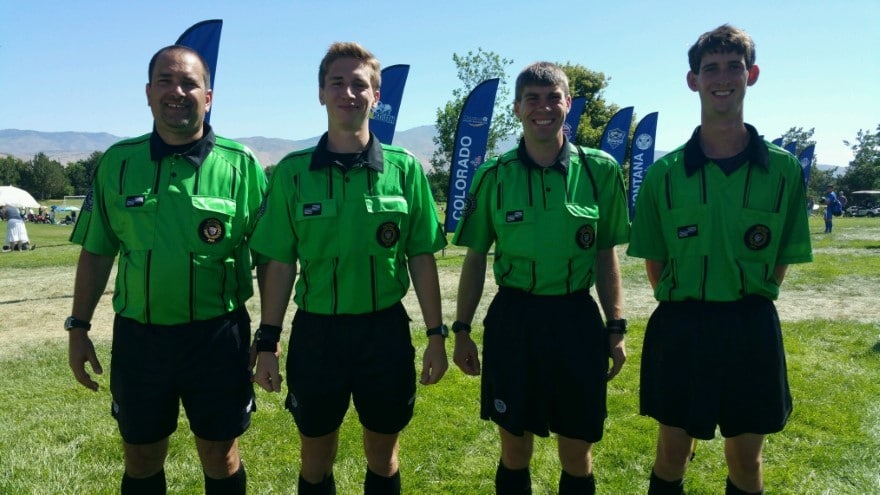 But through one of his extracurricular activities, Pepe says has honed this skill. For that, he can partially credit his Argentinian-born parents who instilled in him a love for soccer. Pepe played the game as a kid and for years has refereed at multiple levels, in the very multicultural Seattle area, to boot, where soccer is taken most seriously.

“It’s taught me how to deal with difficult situations and think on my feet,” he says with a laugh. “As a ref, you’ve got to digest a situation right away, often-times in an adverse situation, and face angry coaches, players, and fans.”

The biotech and biopharma game can also be fast-moving—immunotherapy development a prime example—there seem sure to be many times when Pepe will be called upon for a quick answer. But he’ll have a wealth of in-depth scientific know-how to back up whatever legal advice rendered. 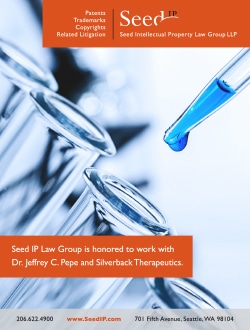