Starting when she was four years old, Jennifer Brumbaugh would sit in the garage next to her dad and hand him tools as he worked on cars.

So, after growing up in Metro Detroit with a father and grandfather in the automotive industry, it only made sense that she would become an engineer. 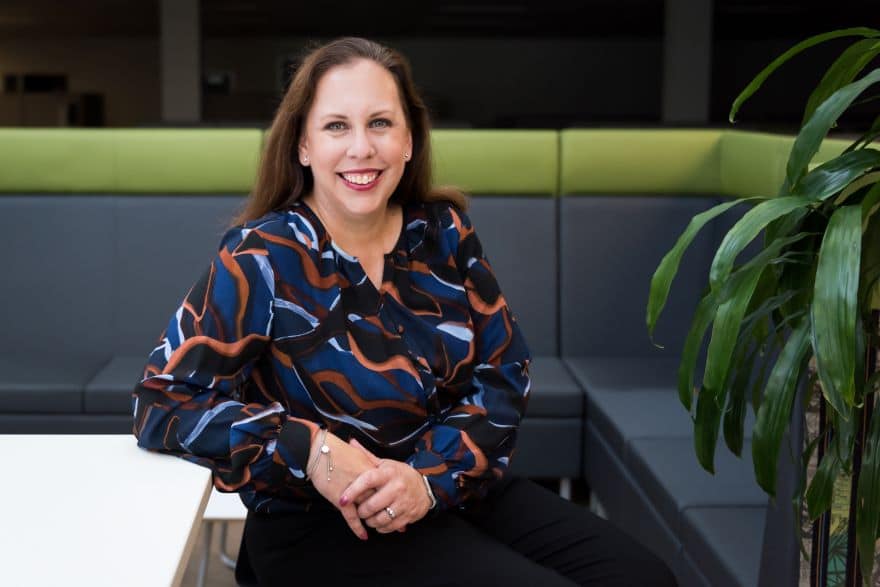 Brumbaugh had another interest she couldn’t get off her mind, though, so she decided to pursue both paths. By day she worked as a process engineer at an auto parts manufacturer. At night she attended law school. Now, as the chief intellectual property counsel for GKN Automotive, she’s found a way to combine her passions.

“For a company with such a long, rich history, I’m drawn to how it’s always reinvented itself for what’s been needed at the time,” she says. “I feel like I’ve been able to do the same thing in my career here.”

GKN Automotive, which was founded in 1759, is a global manufacturer of driveline components, all-wheel drive systems and eDrive technology. It’s headquartered in London and has locations in 20 countries, with Brumbaugh working at its American headquarters in Auburn Hills, Michigan.

Her job is to protect the company’s patents and intellectual property from infringement, which she says is becoming more challenging with the electrification of parts. Historically, GKN Automotive could tell simply by looking at a competitor’s parts whether they had infringed upon a patent. This isn’t as easy with eDrives, Brumbaugh says, because the technology is more complex and often in the control systems of the device.

To help, she and her five-member IP team located around the world have become more organized. For example, in 2012 Brumbaugh implemented a legal docketing system so all of GKN’s IP data from around the world could be centrally stored and accessed. 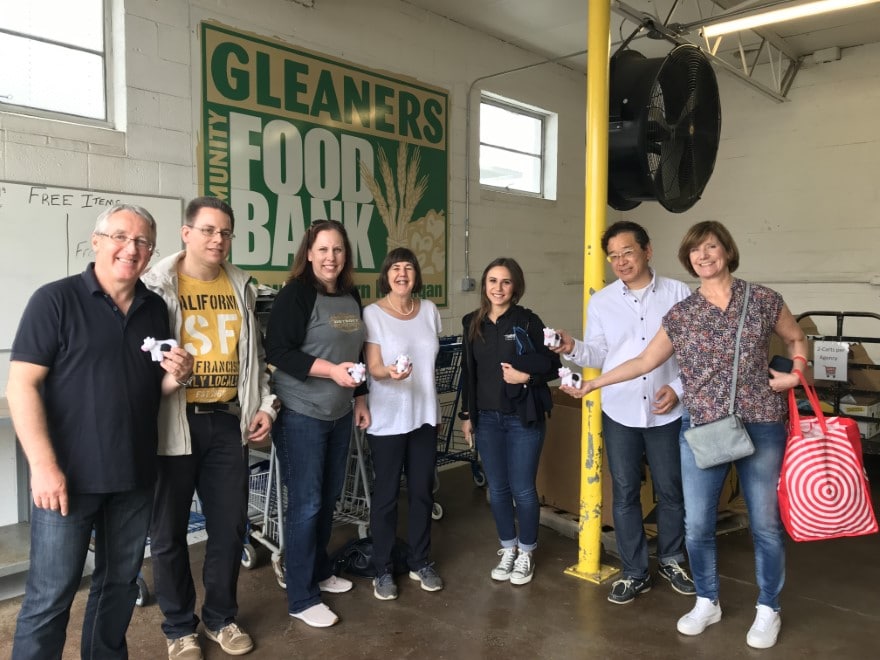 Globally, GKN Automotive has approximately 1,200 patents and Brumbaugh recently enforced one successfully in Japan. The patent was for the cover of a power transfer unit that made the device more compact, she says.

“It’s always a challenging decision determining how to tackle accusations of patent infringement,” Brumbaugh says. “It’s not only about money. You also have to consider relationships, and sometimes, cultural differences.”

After six years of reviewing and processing the case, filing the suit and going to court, Brumbaugh and her team reached a settlement at the beginning of this year.

“It was fascinating navigating the Japanese legal system,” she says. “We had great outside counsel that was very patient and helpful and was the key to us being successful.”

External counsel was crucial in a case Brumbaugh worked on in 2018 when protecting a patent for GKN’s Twinster technology.

The Twinster technology, which enhances the traction and stability of all-wheel drive vehicles, had its patent validity challenged by a competitor through an inter partes review. A petition was filed and Brumbaugh and her team successfully defended it over three years.

Then the competitor appealed the decision and petitioned it to the U.S. Supreme Court. Brumbaugh says the experience was surreal, but also fun and exciting because she and her legal and IP staff learned so much. Her favorite part of the case, which GKN won, was that all three external counsels arguing the case were women.

“It was an entirely different dynamic,” she says. “We’re usually the minority, not the main decision makers.” 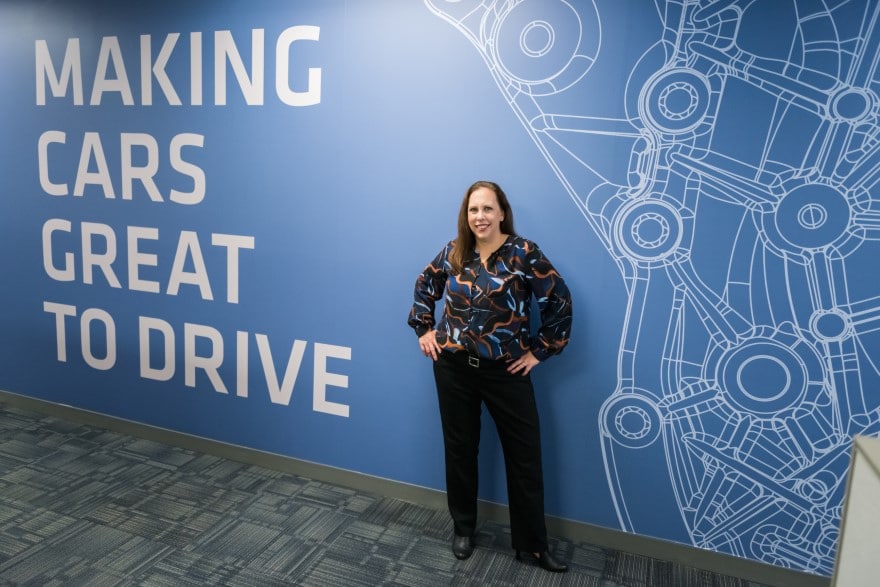 In the automotive industry, and as a lawyer, Brumbaugh is often one of very few women. Because of this, she likes helping other women at GKN develop careers as engineers or lawyers and often she mentors interns and young employees.

She feels fortunate that for most of her time at GKN, she was able to work with Julie Dunnett, the company’s former director of IP. Dunnett started six months before Brumbaugh and retired last year after 17 years at GKN.

“She’s been instrumental in my success,” Brumbaugh says. “She took me under her wing and helped with my growth and development.”

Five or six years ago, the pair started developing a plan, Brumbaugh says. They mapped out where they wanted their careers to go, with Dunnett thinking of retirement and Brumbaugh wanting to advance at the company. Then, a year and a half before Dunnett planned to retire, she and Brumbaugh switched roles. With Dunnett working part-time, she was able to train Brumbaugh.

“She gave me the confidence I needed to be successful in this role,” Brumbaugh says. “We knew it was an unconventional approach, but it worked for us.”

Brumbaugh started with the company in 2004 as a patent manager and has had five promotions since then. She’s been involved in all of GKN’s divisions—automotive, aviation and powder metallurgy—and says she’s glad to be back in automotive where she started.

Because she worked as an engineer before becoming a lawyer—first at General Motors, then Mexican Industries—Brumbaugh says she’s able to understand the technical aspects of GKN’s IP and patents. While there was no designated career path for patent lawyers when Brumbaugh started at GKN, she says the company helped her build one. 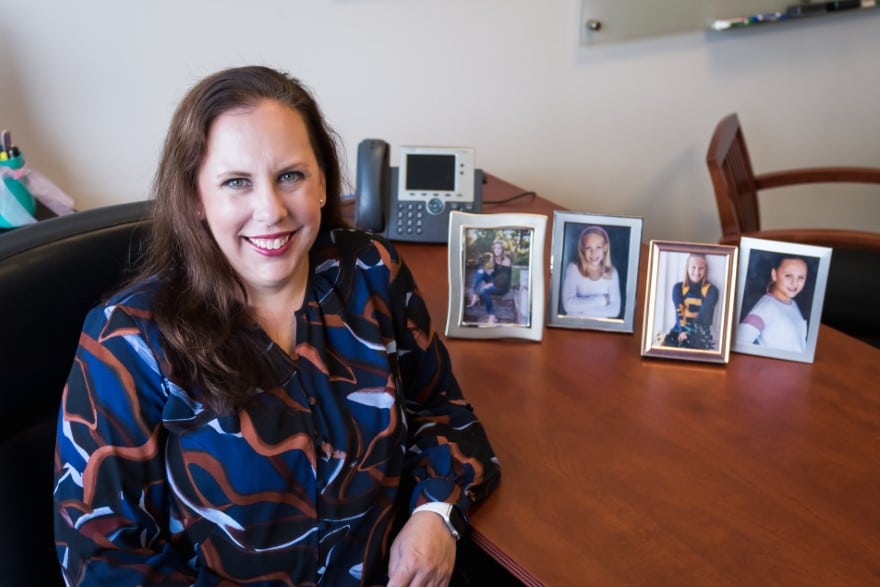 “They’ve never restricted me from trying to grow and adapt,” she says. “They’ve always been open to my ideas and I’ve been able to forge my own unique path to chief IP counsel.”

Looking ahead, Brumbaugh wants her four daughters to know they can create their own paths, just like her father taught her.

“My husband, Geoff, who’s also an in-house patent attorney, and I want our daughters to see the example we set for them,” Brumbaugh says. “I am always aware of the impact my career path has on a younger generation because I hope in the future it’s not rare to have women in these positions.” 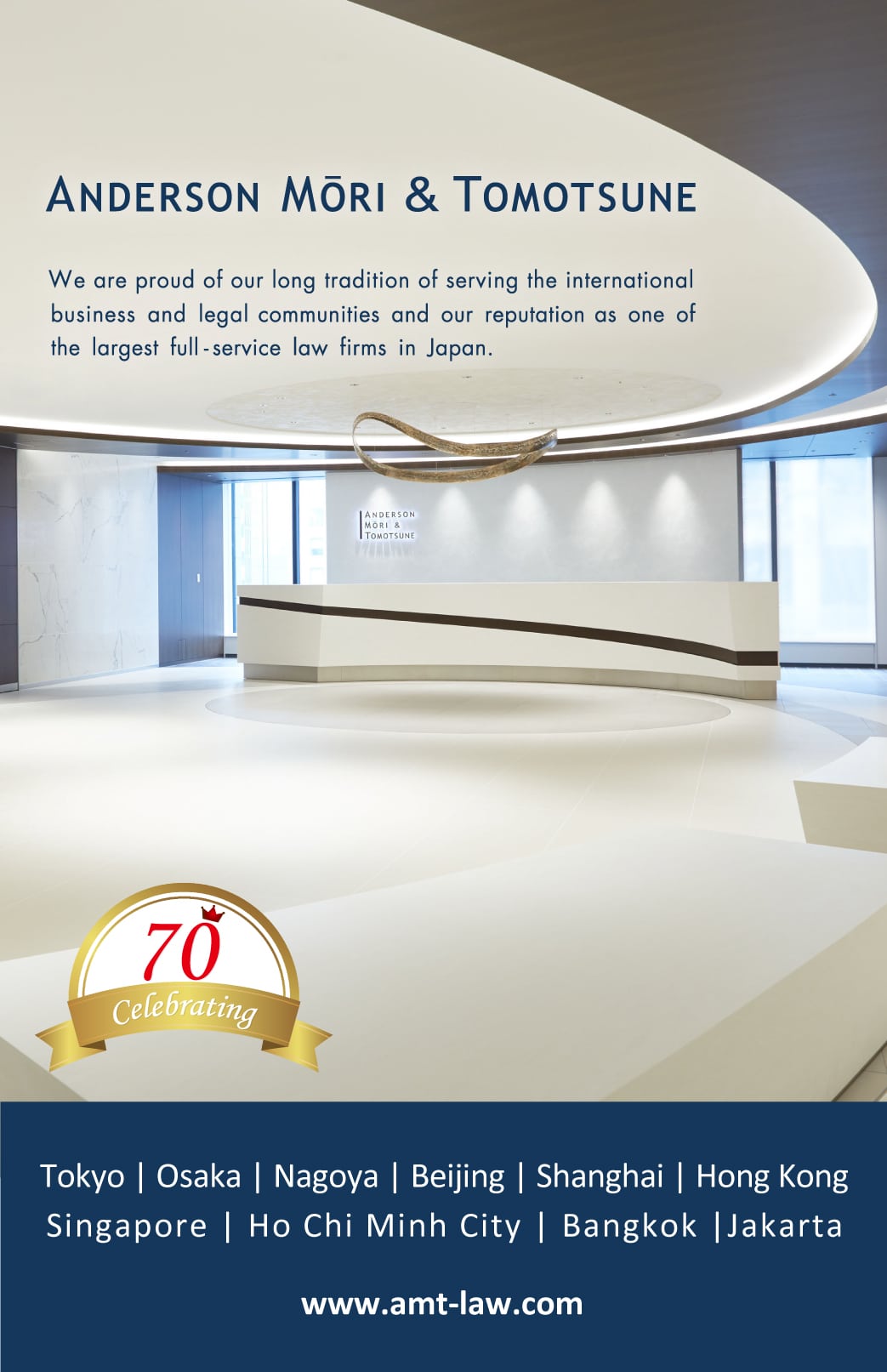 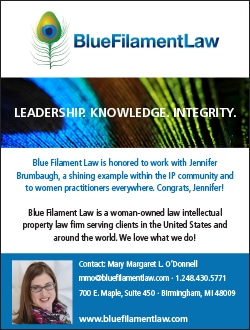 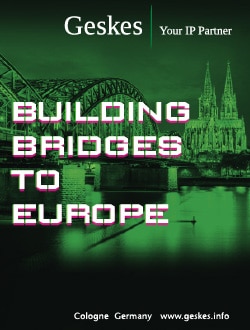 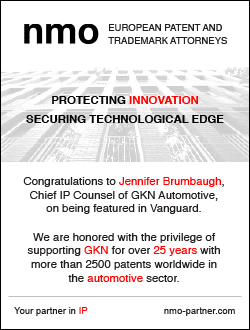 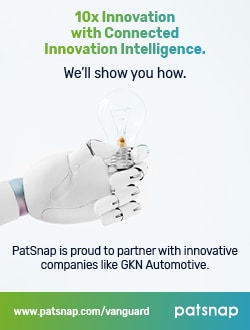 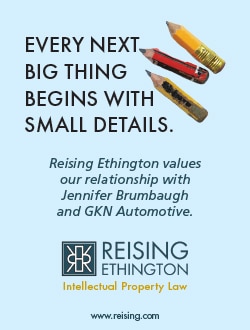