No matter where the innovations take place, it’s still the Wild West on the autonomous vehicle front.

Companies worldwide are in a high-stakes race to create, fine-tune and commercialize the first self-driving vehicles, sometimes by forging partnerships with entities with whom they normally compete. As often happens in new industries, legislation and regulation lag behind research and development. There’s also risk associated with liability and patent infringement. Still, at least for the bold, it’s a prize worth pursuing.

Argo AI certainly is in it for the duration, its Pittsburgh operation enhanced by roboticist co-founders Bryan Salesky and Peter Rander and young brainpower from nearby schools including Carnegie Mellon University. And, given the emphasis on continuous innovation and R&D, Argo’s Chief Intellectual Property Counsel Todd W. Dishman focuses his team on running an efficient and robust intellectual property management program. 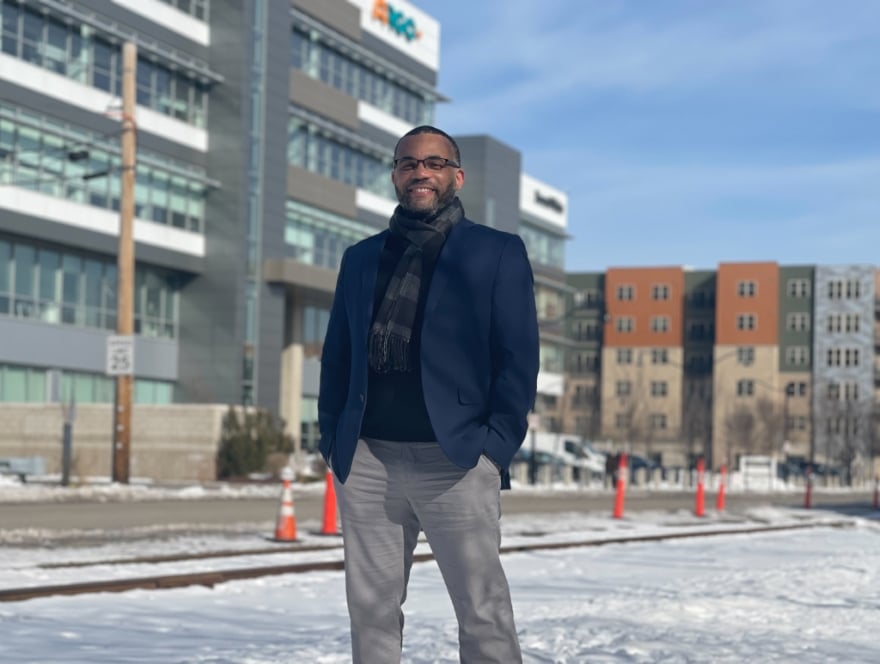 “It is important to ensure that the IP portfolio reflects and protects the work of the brilliant minds at Argo and keeps up with the pace of change,” he tells Vanguard in January. “That is what motivates me about this role.”

Dishman honed his skills in IP law through his practice at a Detroit area law firm and in-house stint at General Motors. He joined Argo at a critical juncture, the company having a growing line of international trademarks and patents to register and looking to secure its position in the IP landscape among the leaders of the burgeoning AV industry.  At the same time Argo’s IP portfolio growth is analogous to the growth of its technology. An automotive industry engineer before becoming a lawyer, Dishman spent many years as an inventor himself, helping to invent cutting-edge gadgets relating to automotive closure systems, and understands the need for attorneys to closely partner with inventors to translate their ideas into business assets.

“It’s a common philosophy of software developers,” he says with a chuckle. “Develop something brilliant, focusing on making the world a better place and make it free for all, but perhaps not necessarily focus on the creation of a prudent business model. We still have to pay for the equipment, keep the lights on, and protect against competitive threats.”

Much of Dishman’s role in sustaining Argo involves securing patents for software and components going into advanced and self-driving systems, and packaging IP assets in a manner that builds value. Since IP intelligence and counter intelligence are a constant threat, Dishman doesn’t want competitors reviewing Argo’s growing suite of products and services and alleging infringement. While he can’t be too specific about what’s in Argo’s R&D, he assures “we’re swinging for the fence.”

In addition to his own legal team, Dishman works extensively with outside lawyers worldwide to manage IP risk, avoid litigation and tighten Argo’s partnerships with such heavyweights as Volkswagen and Ford—the latter of whom Dishman worked from 2001 to 2010 as a product development engineer.

It can be a sensitive process, even a tight-rope walk, he says about the patent process. Argo’s partnerships with VW and Ford, two heavyweight global competitors, adds a level of complexity. 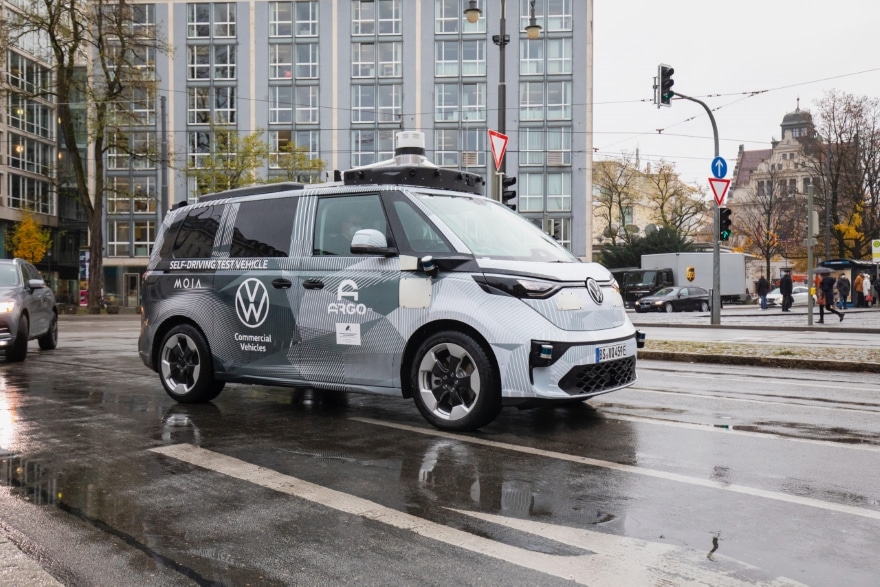 “We’re very careful about information-sharing and maintaining a high level of respect between all of the parties,” he says. “We are always mindful of managing the IP and avoiding inadvertent disclosures of our own information and that of others.”

Dishman also protects IP by leading “IP 101 road shows,” to instruct Argo’s product development community and mentor engineers on safeguarding the intellectual fruits of their labor. Dishman reminds that uncertainties abound in the industry, drawing parallels to the smartphone patent wars that have raged for over a decade.

The cellphone analogy may understate what’s in play; a smartphone is made up of hundreds of patented products while a self-driving car is likely to have thousands, any number of which could trigger litigation. Dishman is hopeful the many autonomous vehicle developers can be more cooperative than Sony Mobile, Samsung, Nokia et al, envisioning smaller but very significant pieces of an enlarging pie.

“Space unknown,” he says. “We’ve got to prepare for either scenario.”

Not just about IP

IP may have been the impetus for Argo wooing Dishman from his previous post of three years with Brooks Kushman, but he’s got more on his plate than patents. Safety takes on extra importance is such a nascent industry, where one early mishap may possibly be irreversible for a company’s image.

“Company culture has changed quickly from that of a small startup to a more regimented and formalized group,” he says. “It’s been a great place for me to land and make an impact across a broad range of matters.”

That said, there was a time when Dishman had a less enamored view of the law. A 2001 Michigan State University mechanical engineering graduate, he thought that engineers were workhorses and lawyers show horses.

He worked diligently enough, first as a product development engineer at Nissan Technical Center in Farmington Hills, Michigan, and then with Ford Motor Co. in the same capacity.  After a Ford patent attorney clued Dishman in on how his engineering background could apply to law, he was intrigued enough to take the LSAT. Upon his acceptance to University of Detroit Mercy School of Law, Dishman took advantage of a transitional work arrangement offered by Ford; one typically used by young mothers to work part-time for a year. 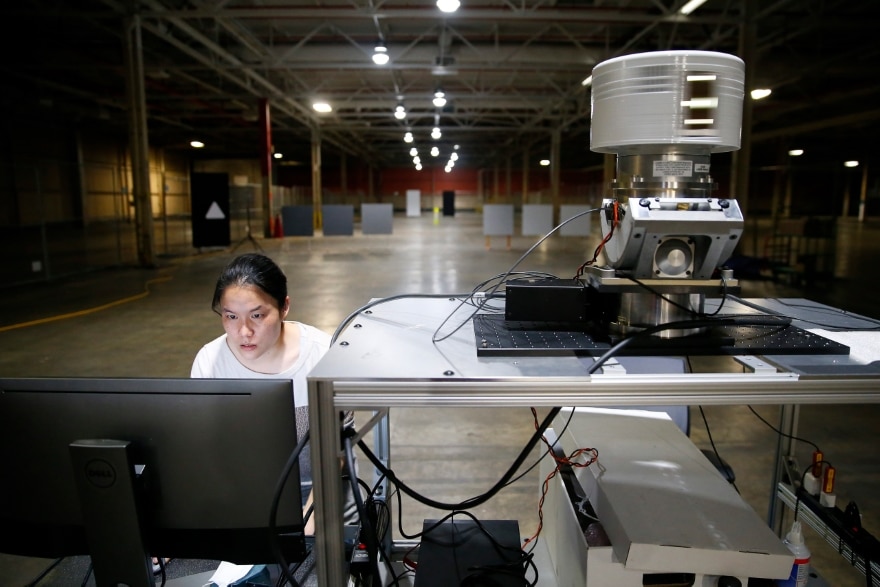 “My boss at the time raised his eyebrows when I said I wanted to do it, but said ‘go ahead if they approve it,’” a laughing Dishman recalls.

They did approve and one year later Dishman left Ford to combine his law classes with work as a patent agent—one step below patent attorney—at Brooks Kushman. After graduating law school in 2013 he remained at the firm as an associate, later took an in-house role at GM from 2016 to 2017, then went back to Brooks Kushman in 2017. He ascended to shareholder before joining Argo for what he sees as his most fulfilling role.

As a Motor City guy, he has myriad friends and family members employed in the automotive industry, and he’s always loved cars.

“I see where the future is going,” says this father of two adult children. “I’ve seen glimpses of it working with various innovators over the years. A future including autonomous vehicles is coming. Fast!” 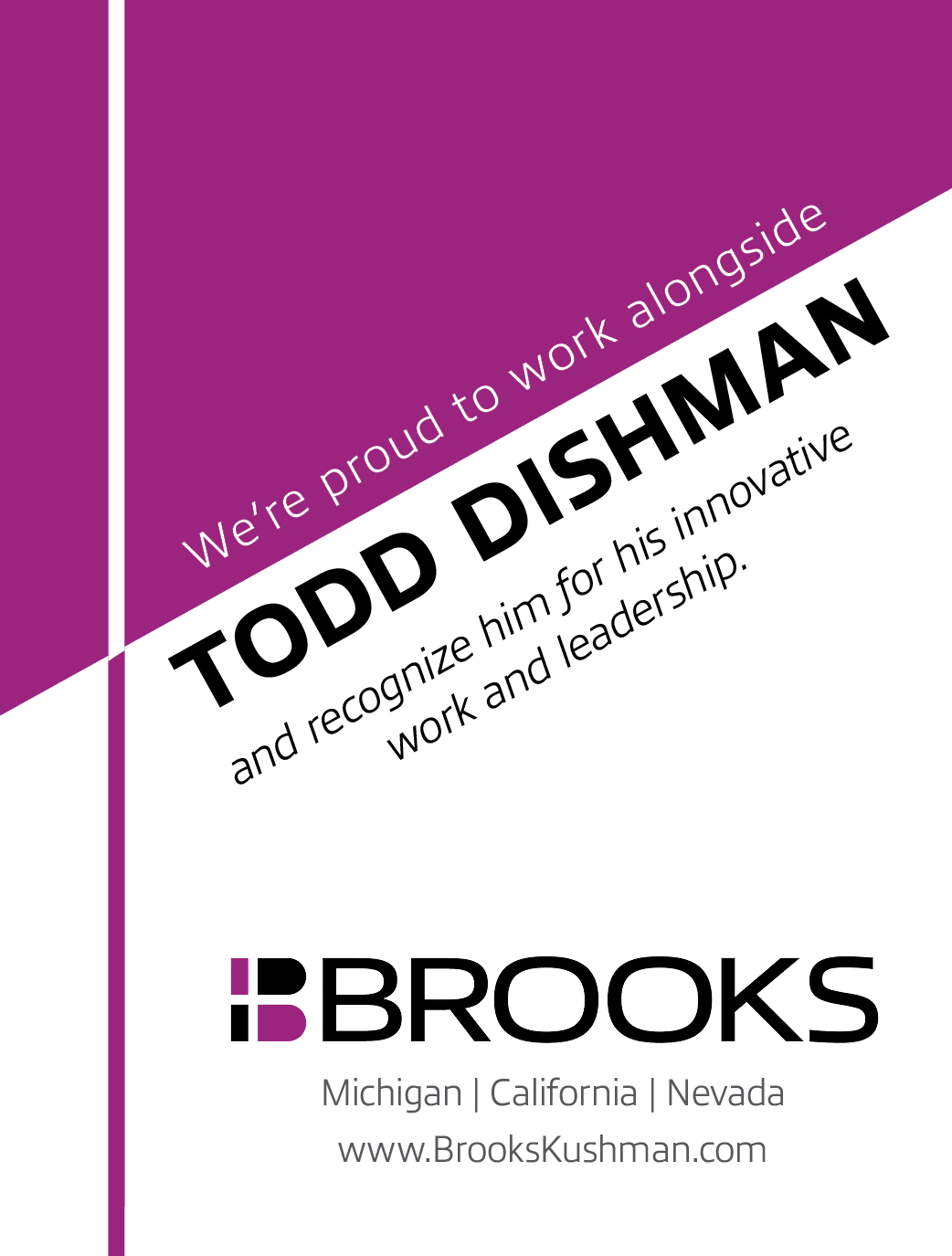 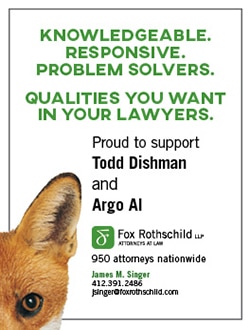