Packers Plus lawyer applies his energy to innovation

Funny how “completion” work, used in energy exploration, is never quite finished. At least that’s the case for Jesse Moe, who oversees legal affairs as senior legal counsel for Calgary-based Packers Plus Energy Services Inc.

Since joining the company in September 2016, Moe has seen the upswings and downturns in the oil and gas industry while protecting the company interests worldwide. His efforts mirror the company’s resourcefulness, he says. 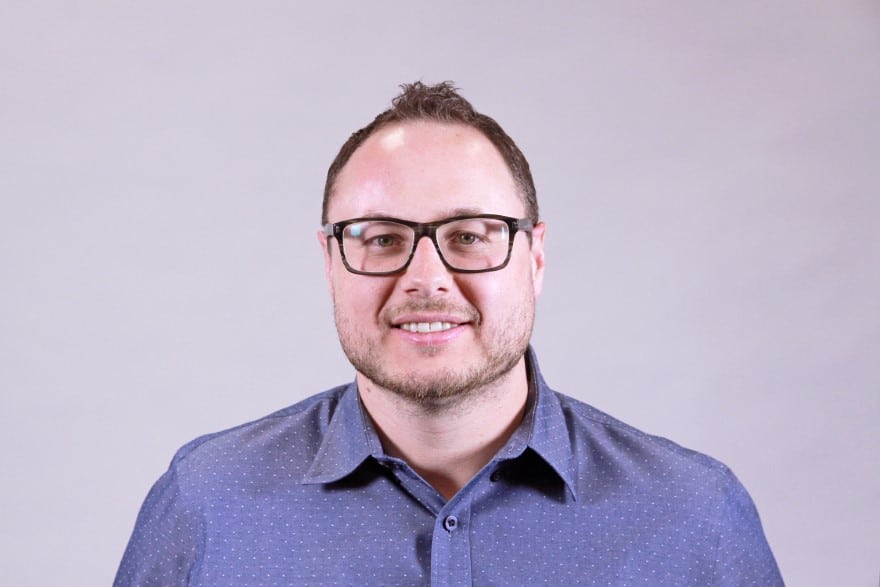 “It’s been a bit of a roller coaster since I started almost five years ago,” Moe says. “We’ve been able to survive by being adaptable and focusing on different regions and products we’re successful with.”

Packers Plus Energy Services was founded in 2000 by Dan Themig, Peter Krabben and Ken Paltzat to provide oil and gas operators with so-called completion solutions that make a drilled well ready for extracting oil or gas.

Most notably, it developed the multi-stage ball drop completion system, which changed how oil and gas wells are completed, Moe says. Packers Plus also designed a variety of liner hangers that go inside well casings and the plugs used to isolate wellbore zones for drilling. It makes toe subs, too, which make the completion process less risky. 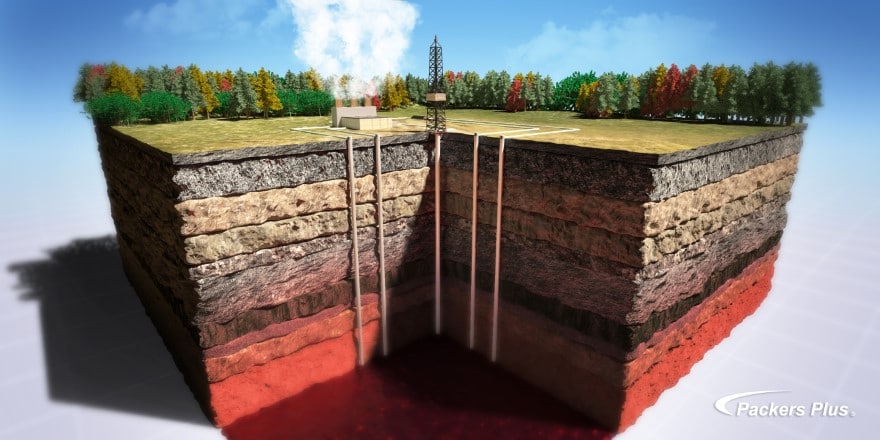 “Anyone can drill a hole in the ground, but how do you safely, effectively and efficiently get the oil and gas out of the hole? Packers Plus helps you get there,” Moe says.

Packers Plus operations are expanding globally (new CEO Stuart Wilson is based in Dubai), which opens opportunities—and challenges for the company and Moe. Those include a reduced legal staff compared to when he started and greater use of outside counsel.

“We’ve had to reshape what our legal department looks like to keep up with the work we’re doing while also saving costs,” he says.

Since joining the company, and now with fewer staff, Moe’s been digitizing data, creating electronic copies of contracts and other documents and storing them in a database.

Using systems like Worldox and Microsoft SharePoint, he’s also standardized contracts and made them more accessible, not easy given the company’s global operations. He’s also considering software or a platform to review and analyze contracts and documents. The size of the company and its niche have made finding a platform elusive, though.

“Every country is different,” he says. “Certain basic agreements, and to some extent terms and conditions, can be standardized. But there’s still a lot of specialization for different laws and practices in the different jurisdictions where we operate.”

Adding to the complexity, Moe and his staff must comply with sanctions and actions levied by the U.S., Canada and the EU against oil producing regions or companies or people in those regions. 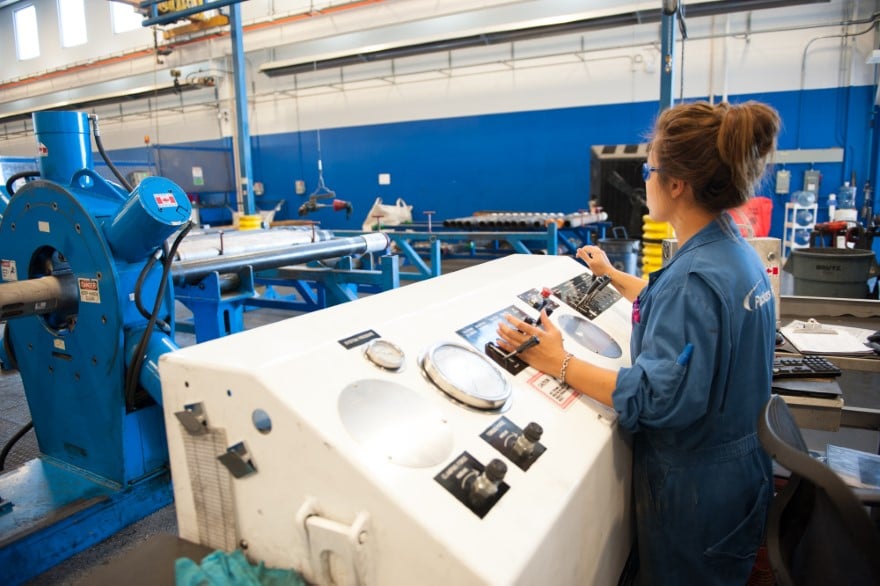 The global scope of Packers Plus operations also created challenges during the COVID-19 pandemic, Moe says. Office staff went remote, and the areas most affected by the pandemic were sales and support. With borders closed and travel restricted, on-site product support was frequently done either by Packers Plus staff already working in a country or by locals, Moe says.

Because much remote work will continue, Moe is also working with leasing and real estate issues as the company reconsiders how much office space it needs. In fact, during the pandemic, he relocated from Calgary to Vancouver to work remotely himself, he adds.

Perhaps one of his steepest learning curves has been intellectual property protection, Moe says, and enforcement can be challenging in some places where the company operates.

“The industry has become a very technical and IP is really growing as companies come up with the newest latest technology,” Moe says. However, prosecuting patents is costly and can require divulging proprietary information that’s then at risk. Shielding the information as a trade secret can be the better protection alternative, he adds.

Energized for the future

Born and raised on a farm in northern Alberta in Canada, Moe moved to Edmonton in his late teens. Interested in business, he earned his bachelor’s degree in small business and entrepreneurship from the University of Alberta in 2006.

Moe went to work at Ford Motor Credit Company after graduating as an auditor of its western Canada dealerships but says law had always been an interest for him and a law degree promised quicker advancement.

In 2007, he returned to his alma mater for his master’s degree in law, earned in 2010. While there, Moe served as a coordinator of student legal services, and joined McLeod Law in Calgary as an associate lawyer after graduation. 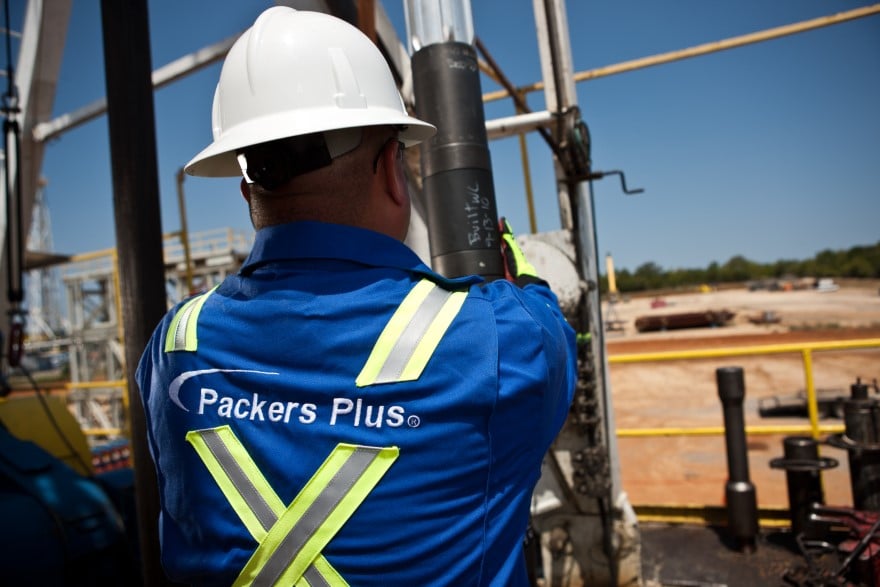 In September 2013, Moe moved in-house to work for TERA Environmental Consultants, (which was quickly bought out by civil engineering firm CH2M) as a lawyer and regional contracts and procurement manager. In September 2016, as the oil and gas industry were undergoing a market downturn, he joined Packers Plus.

Though the company weathered the slump, Moe says it’s still important to be resourceful.

“[Packers Plus] was built around innovation creating efficiency. I see it as my charge to bring the spirit and practice of innovation and efficiency to my legal work on behalf of the company,” Moe says. 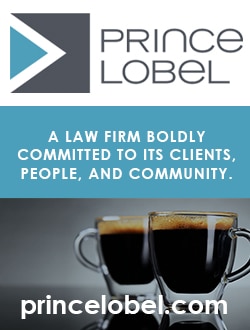 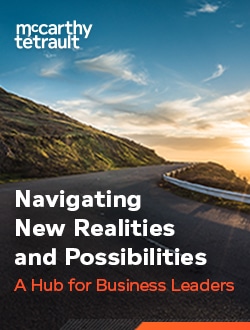