JoAnn Chávez uplifts youth while rising to the top

At some point, every person, everywhere needs a helping hand, but that help may be hard to get in underserved parts of the country.

That’s been the experience of JoAnn Chávez, senior vice president and chief legal officer for Michigan-based Fortune 250 energy provider DTE, which is seeking to uplift young people in parts of Detroit with her support.

As Chávez explains, in addition to providing energy to millions of customers in the U.S. and Canada, the company wants to create prosperity in communities across Michigan. The DTE Foundation—the company’s philanthropic arm—provided more than $18.9 million in grant support in 2021, with a focus on driving meaningful change in jobs, equity and the environment. 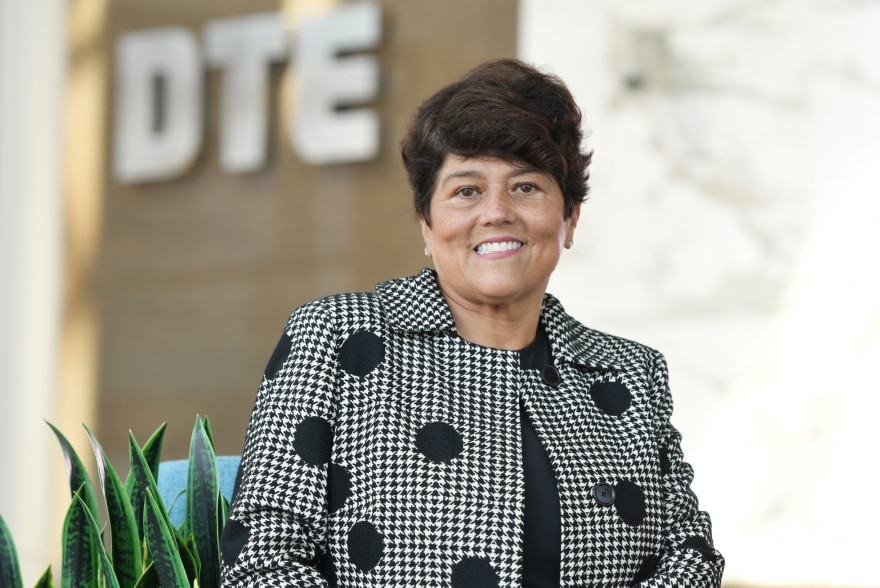 For Chávez, these initiatives have become part of her life’s mission to help Detroit kids succeed.

“Resource and access inequities have been barriers for these kids for too long,” Chavez says. “My purpose is to create economically empowered leaders in the next generation, guiding them to their seats next to me at the opportunity table.”

But it’s her work in the Hispanic community that’s given Chávez the greatest sense of accomplishment—specifically, helping mentor future leaders through platforms such as the Michigan Hispanic Collaborative (spearheaded by Chávez in 2018) and the DTE Summer Talent Exposure Program.

Since 2009, STEP has focused on mentoring college students in everything from soft-skills to resume writing and interview training. The goal, Chávez says, is to support young people, especially college students who are Black, Latino and other underserved students of color.

As one of few Latina general counsels working for a Fortune 500 company, Chávez says she both sets an example and “digs in on the ground level” to help mentor and support the next-generation of first-generation leaders. 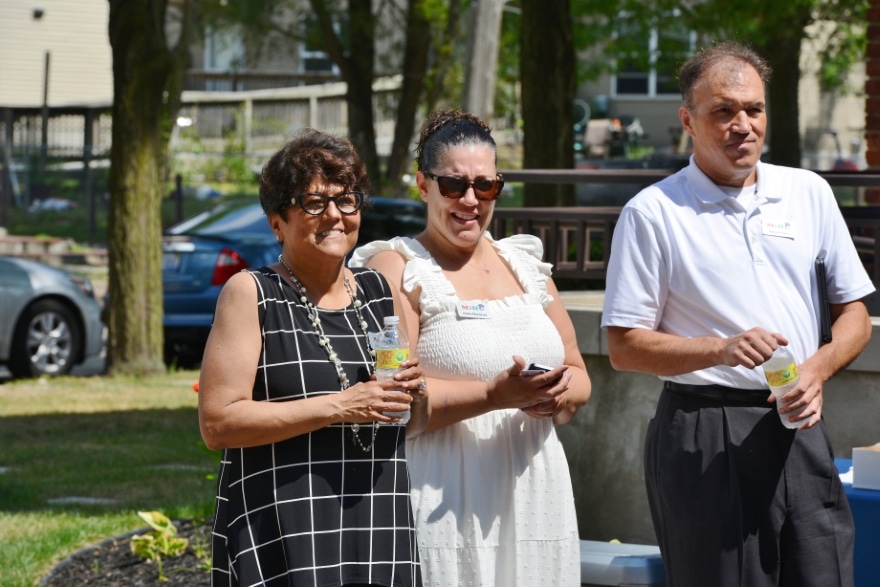 “There is still value in a college degree,” Chávez says. “Creating robust opportunities starts primarily with college graduation. I am so incredibly blessed to have traversed this journey and I want to make sure that no one traveling the road behind me has to do it alone.”

Following the success of STEP, in 2018 Chávez launched the Michigan Hispanic Collaborative, an organization that helps 11th and 12th grade students find a path from high school graduation to college graduation and early career. With funding from the DTE Foundation, as well as Chávez and other senior Detroit Hispanic professionals, MiHC adopted a strategy similar to that of STEP.

“It felt like a full-circle moment,” says Chávez. “My parents dropped out of Western International High School in Detroit, which is now one of the three main high schools the MiHC program serves.”

Through the program, Michigan students aged 16 through 26 get support for over 10 years through coaching, in-school seminars and virtual programming on topics including life skills, college access, college persistence, career readiness and mentorship.

Meanwhile, their parents are given guidance, including through “Cafecitos.” These small gatherings provide parents bilingual support from first-generation parents, who serve as facilitators. In addition to getting the most up-to-date information for Free Application for Federal Student Loan Aid, parents also get the chance to visit college campuses (without their high-school student). 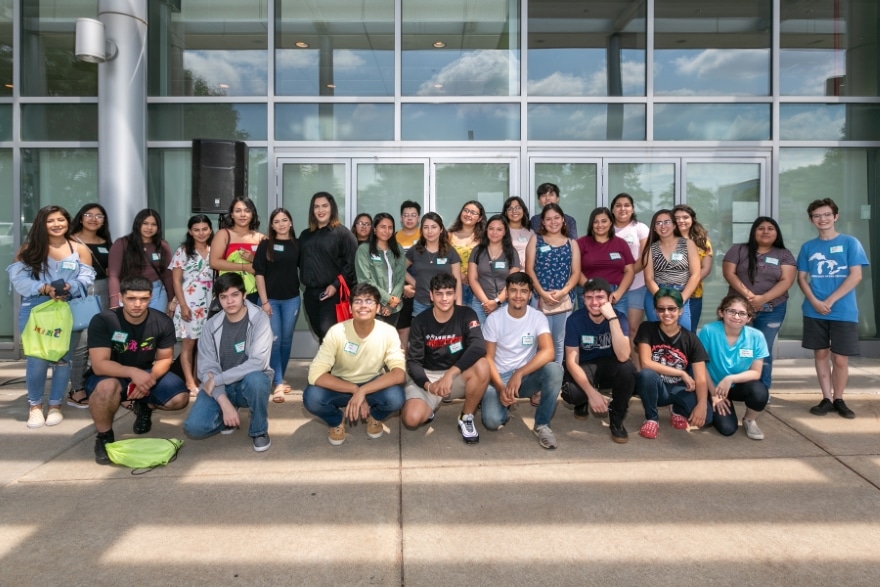 Since its inception, MiHC has served more than 1,225 students and families—while tallying a 92 percent College-persistence rate (which measures how many students return to college for their second year) throughout the Detroit area. Next year will mark MiHC’s first college graduating class.

“Our goal is to ensure that Hispanic students are graduating with bachelor’s degrees, with the right majors, and are able to help close the growing gap in the professional labor force, especially here in Michigan,” Chavez explains. “We need educated workers to stay in our state and help create greater economic sustainability. Because of the Hispanic emphasis on ‘familismo,’ we know that many Hispanic students will remain in Michigan. That’s how we break the cycle of intergenerational poverty.”

The view from the top

When Chávez—a second-generation Hispanic-American whose parents didn’t graduate high school—began marking her way up the corporate ladder, support was hard to come by. Nevertheless, she graduated from the University of Notre Dame in 1986 with a B.A. in accounting, choosing the major for its 90-plus-percent job-placement rate.

“I needed that job security in case the whole law thing didn’t work out,” Chávez reflects. “But I’m glad it did.”

After moving to New York City and working for Chase Bank, she returned to Notre Dame for her J.D. Following a 10-year stint at KPMG—and another few years helping raise and then finally becoming the adoptive mother to her sister’s three children—Chávez joined DTE as a vice president of tax in 2007. 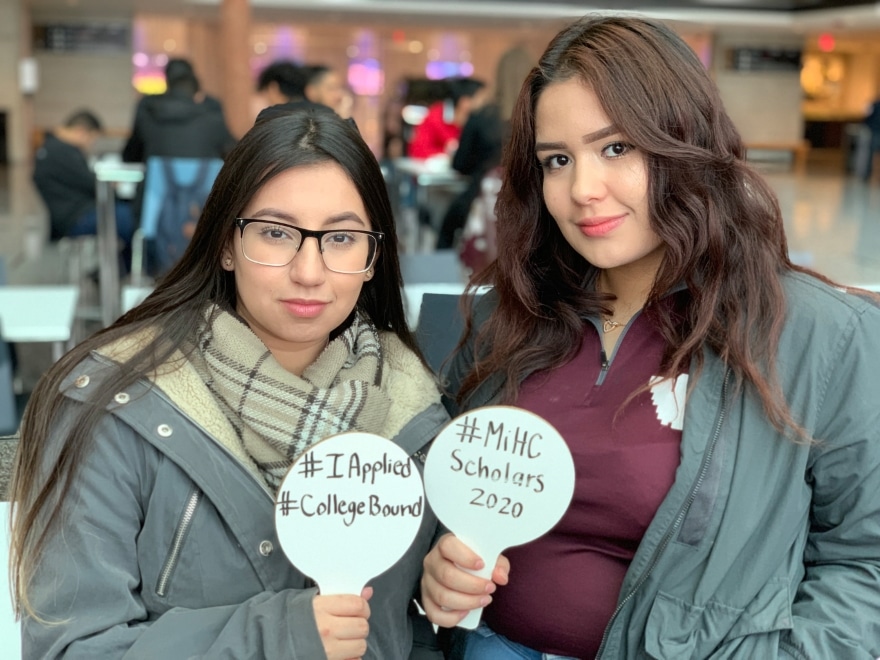 By 2015, Chávez was growing hungry for a new challenge. So, she successfully positioned herself for the general counsel role. Four years later, when Chávez was promoted to chief legal officer and senior vice president, she became the sixth Latina to occupy that role for a Fortune 500 company.

“One thing that’s unique about DTE is that we don’t just want to be the best operated, we want to be what’s best for the world,” says Chávez. “This has enabled me and given me support to do my community outreach and nurture my soul. What DTE supports through its work is admirable and invaluable.”

For more information about The Michigan Hispanic Collaborative visit www.MIHC.org 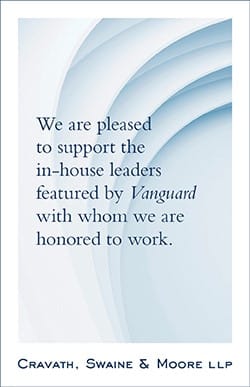 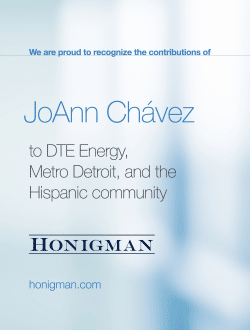 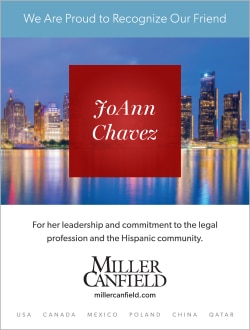