Staying energized to counsel a spinoff

After nearly three decades of practicing energy law at firms and in-house, Wendy Ellis might have thought she had seen it all in this segment. Well, almost.

Last summer her long-time employer, DTE Energy, spun off its natural gas pipeline, storage and gathering division into a separate publicly traded company. So, who better provide legal leadership to the fledgling DT Midstream than the person who’d proved herself with DTE Energy since 1994? 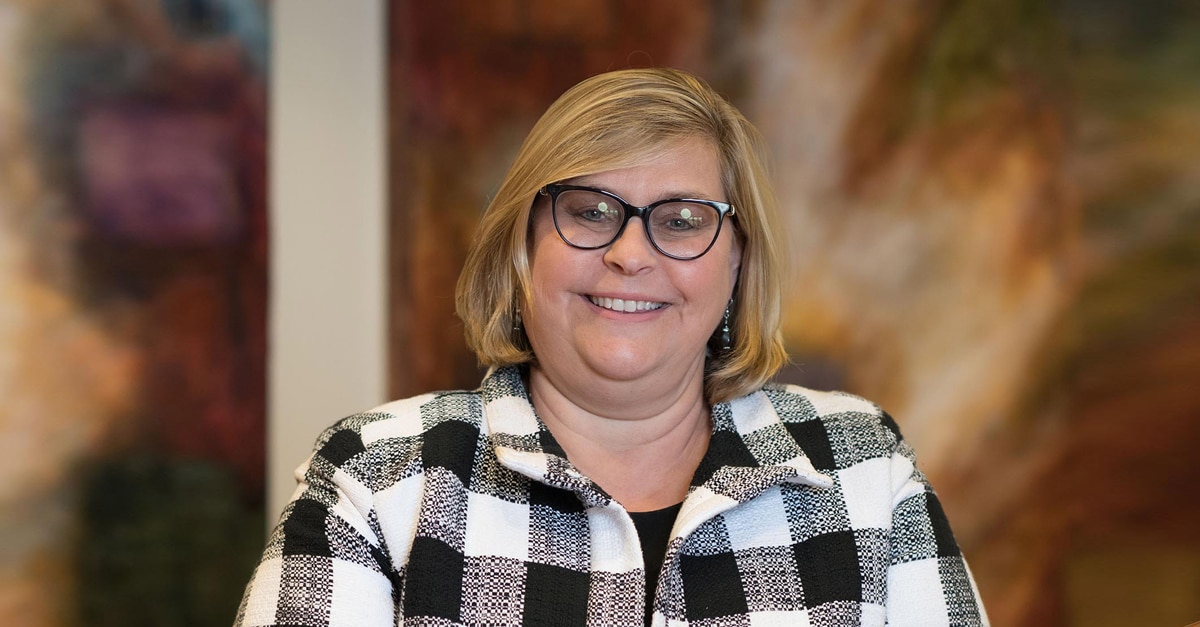 “My heart will always be in Midstream because this is where I cut my teeth as a young lawyer,” the personable Ellis tells Vanguard in April from her Detroit office. “Now I’m able to help build a new company essentially from the ground up. It’s been so rewarding to see it grow.”

Her industry experience and DTE Energy pedigree helps the cause, as have some personnel who have followed her to DT Midstream. But Ellis is still charting a new course as the spinoff’s executive vice president, general counsel and corporate secretary.

Though somewhat unconventional, the spinoff was a great decision, she says, explaining how DTE Energy and DT Midstream appeal to different investors and thus are more valuable as symbiotic stand-alones. As one of DTE Energy’s top lawyers, Ellis had helped fine-tune the separation. That included helping to prepare Form 10 filings that the issuer of shares via a spinoff must submit to the U.S. Securities and Exchange Commission.

COVID-19 at its height, much of the work had to be done remotely. While some of the work was similar to what would precede an initial public offering, she says this was more complex. At play, after all, was an already public, multibillion dollar company divesting of a division that soon would be on the New York Stock Exchange (under the symbol DTM).

“It’s a process akin to sending a child off to college,” Ellis says with a laugh. “A process I had never been involved in, and it was a great opportunity to grow.” 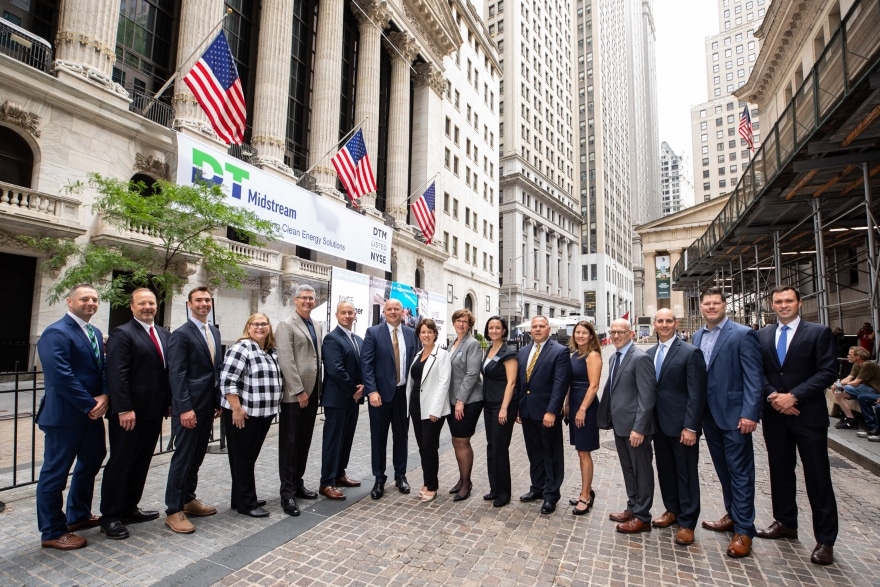 As the legal boss, Ellis would assemble her own department and had quite the talent pool, now being able to hire remotely and no longer limited to the Detroit area. Outside counsels such as Shearman & Sterling in Houston and Bracewell in Washington D.C., each of whom she had called upon at DTE Energy, would still be available.

“Several people on our team had never worked together and some have never seen each other in person,” Ellis says. “But we’ve built great relationships remotely.”

Ellis sets time aside each week for online meetings with far-flung colleagues. They call it a huddle, but it’s also like a coffee break conversation. Among the subjects under discussion is how to automate contract review. It will impact everyone internally and externally, sparing them manual tracking, and enabling supply chain personnel to send automatic reminders to vendors.

“We’ve never had as good a system as this,” says Ellis, whose team collaborated with NetSuite in getting it in place.

Gassed to be green

The company’s Detroit headquarters augmented by operations in Pennsylvania, West Virginia, Louisiana and Texas, DT Midstream fills a vital niche. It’s an owner, operator and developer of interstate and intrastate pipelines, as well as gathering systems and storage facilities that provide natural gas to gas and electric utilities, power plants, marketers, large industrial customers and energy producers across the Southern, Northeastern and Midwestern United States and into Canada.

The company has committed to net zero greenhouse gas emissions by 2050 and is already making a difference in North America because its pipes enable the use of clean natural gas rather than coal, Ellis says.

“If you want to minimize use of fossil fuels, you need gas-fired generation,” she says. “Solar and wind only work when the sun shines and the wind blows. You still need to generate electricity and maintain the integrity of the grid.”

And she’s glad to have immersed herself in energy matters since graduating the Northwestern University Pritzker School of Law in 1990. She honed her skills for four years as an associate with the Detroit firm of Clark, Klein & Beaumont, and went in-house at a young age with MCN Energy Group Inc., a diversified energy holding company based in Detroit and with investments worldwide. In 2000, following a merger, she began her DTE Energy tenure, ascending to vice president and general counsel of a company division before helping launch DT Midstream. 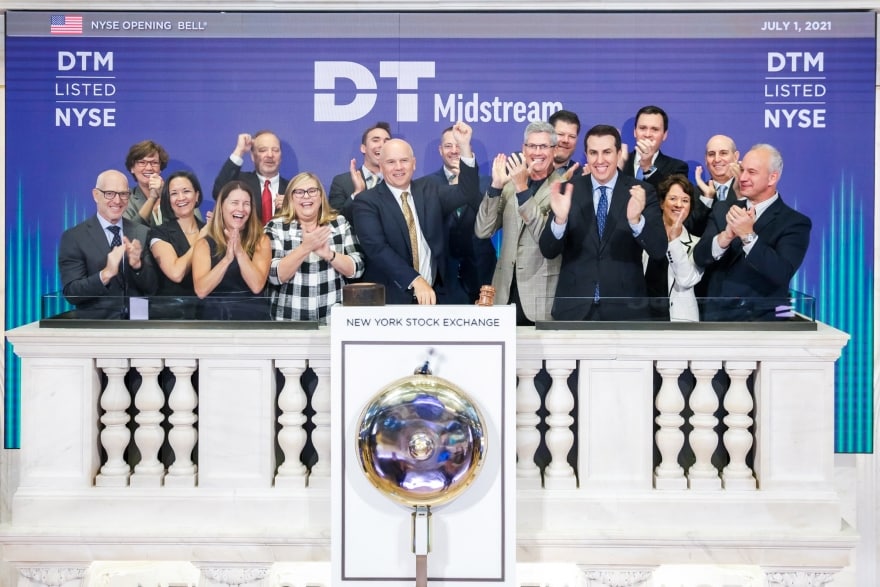 “What I like about energy law is you’re providing a service that allows the country to carry on,” she says. “By bringing gas to a generating plant or company or energy distributor, we’re allowing people to live comfortable lives.”

As to how long the 57-year-old Ellis will be in this role, she can’t say but knows she’s nearing the end of her career. A fulfilling retirement does beckon—she and her husband, a General Motors engineer, being the parents of three grown children, and a grandchild due this summer.

But she’s not quite ready for the golden years, as DT Midstream has yet to celebrate its first anniversary. Under her wing are three lawyers as well as the corporate secretary, the ethics and compliance offices and the contract administration group. Though the past year has been encouraging with company stock generally rising, there’s still much Ellis wants to do on the job, including mentoring her team.

“I’ve worked for good people who helped me along the way and I have good people working for me now,” she says. “The most important thing for me is to help them learn and grow so they can contribute to the company’s success.” 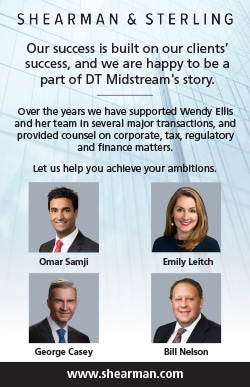